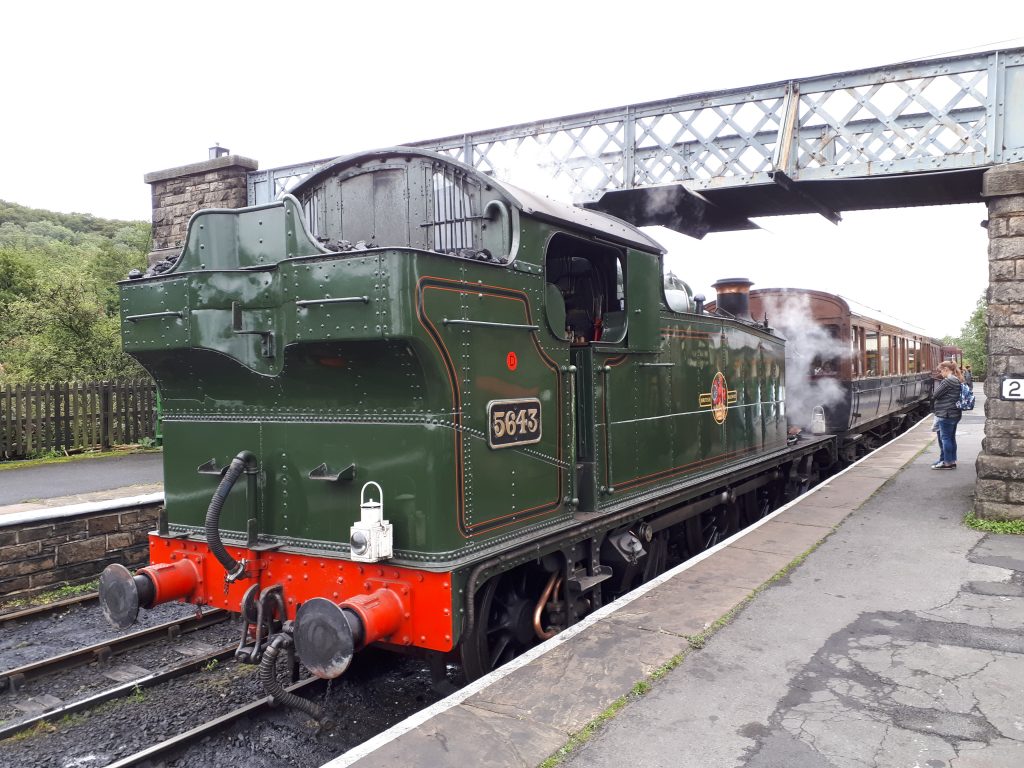 We start this week’s blog with the welcome news that 5643 has at last re-entered service at the Embsay & Bolton Abbey Steam Railway following a lengthy lay off of nearly a year as a result of the need to renew the small tubes in the boiler. Keith attended to the safety valves last Tuesday and the boiler surveyor then gave the go-ahead for the loco to be used. A successful test train to Bolton Abbey was run on Friday following which 5643 operated the railway’s service on Saturday, seen here at Embsay with the 12.00 to Bolton Abbey. 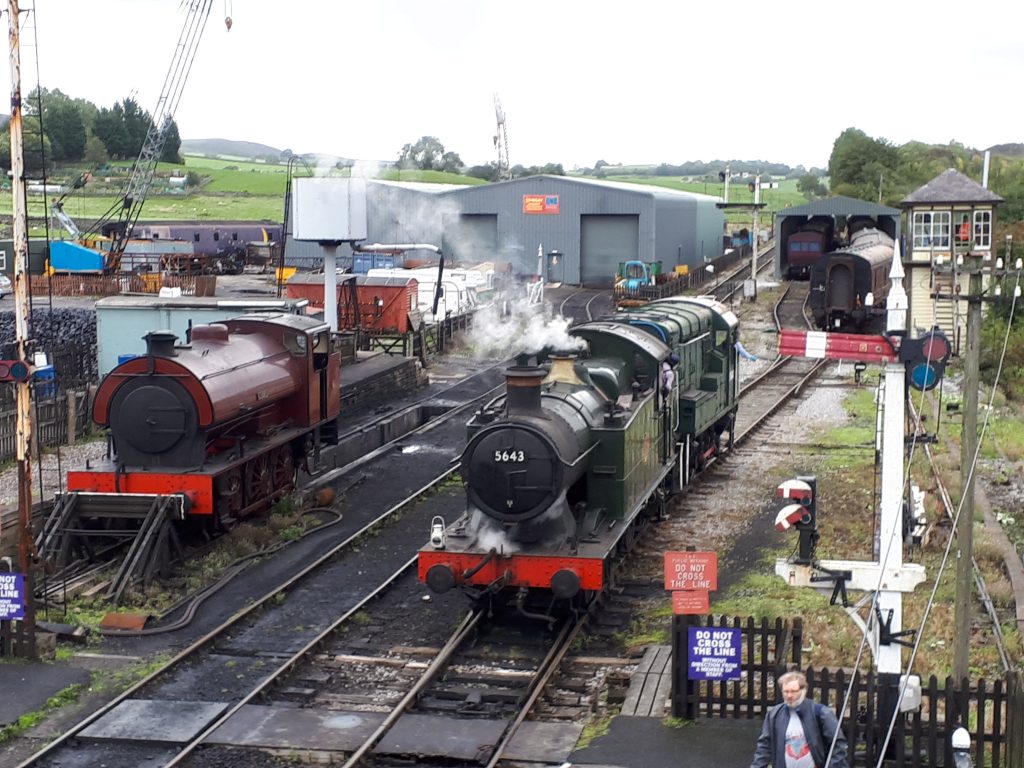 The following photo shows 5643 doing a yard shunt in between trains and also the FRT’s ‘Austerity’ 0-6-0ST Cumbria which was about to be tested following the replacement of the clack box on the backhead by Keith last Tuesday. 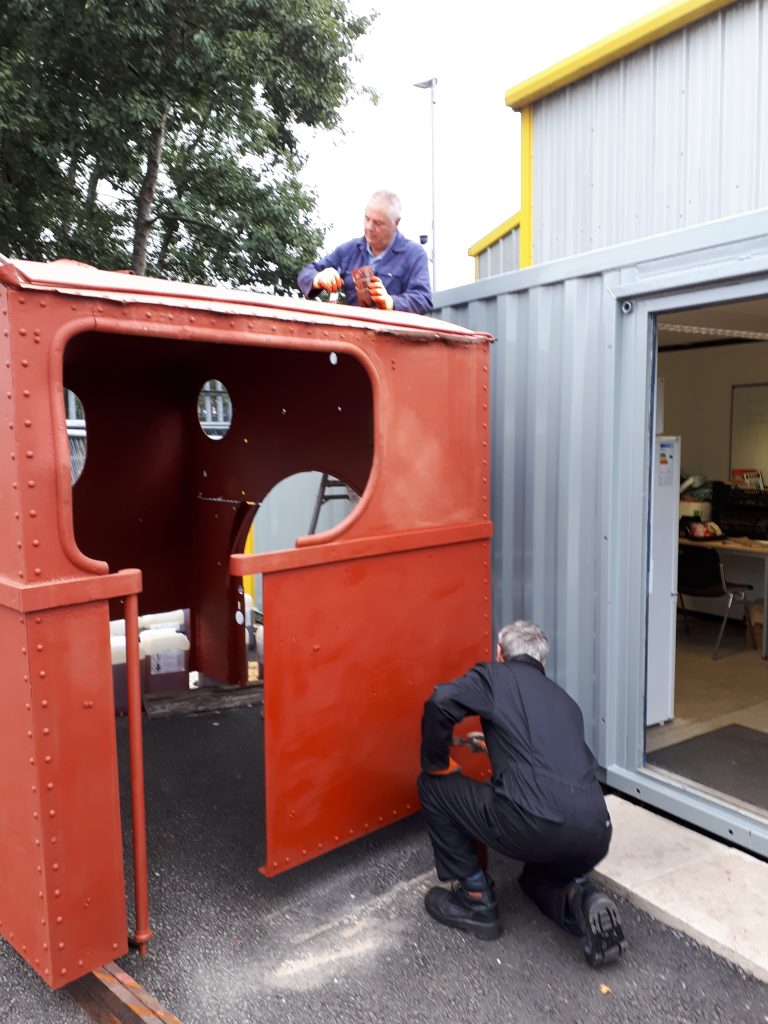 Wednesday turned out to be a rare dry day at Preston which enabled John Davis and Paul Balshaw to put another coat of red oxide on Caliban‘s cab and we hope that the weather this week will enable a layer of undercoat to be applied to protect the recently shot-blasted metal. 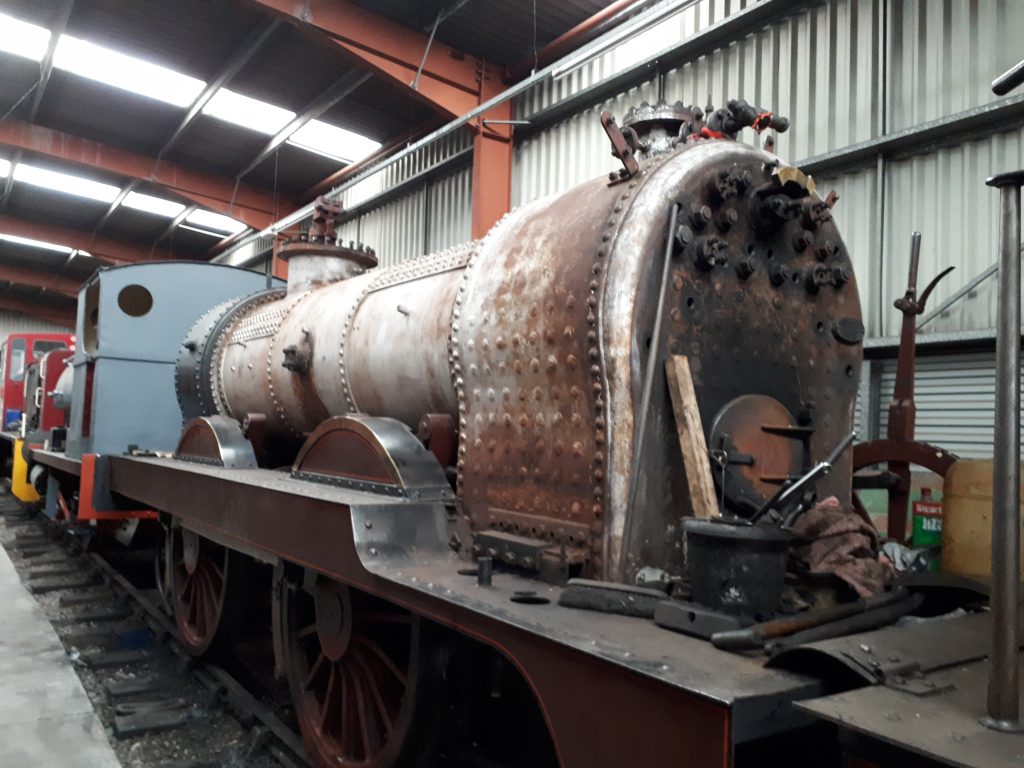 FR 20 has been moved out of the RSR workshop which enabled both Ade, Tim and John Dixon to move the cab sides and spectacle plate to the FRT shed on a borrowed large supermarket trolley which did the job perfectly. 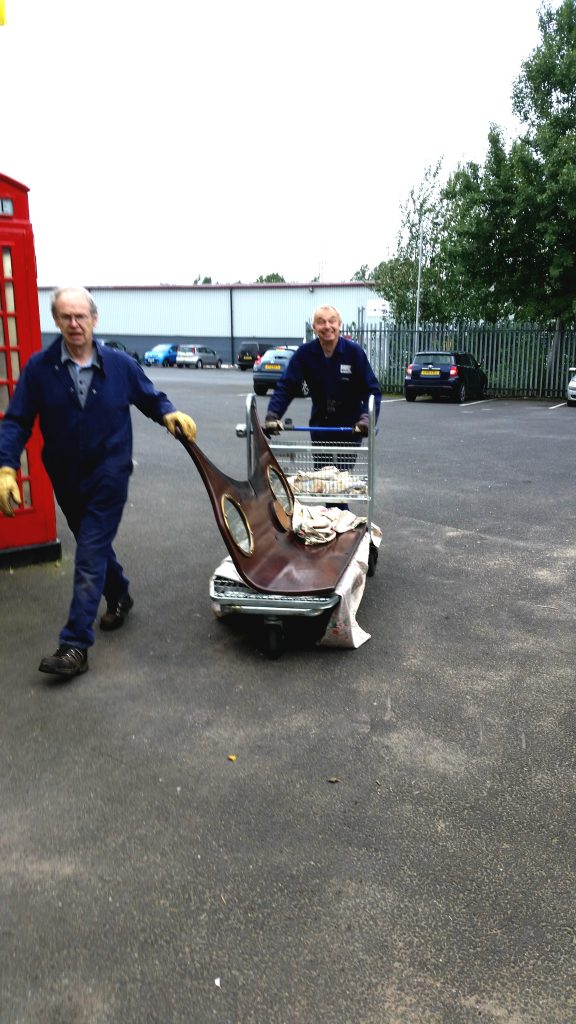 Howard took the angle grinder to Fluff to release some bolts and Ade continued his beautification of Caliban‘s inside frames by rubbing down the paintwork with wet and dry paper.

Tim, John Dixon and John Davis removed the fibreglass insulation from FR 20’s boiler on Friday and stored it on top of the tender. There are not too many jobs now to undertake before the boiler is ready for lifting. It is intended to remove the ashpan next Wednesday and this will enable formers to be prepared for the future new brick arch before we demolish the existing arch.

Fred and Bob appeared on Friday with Fred cleaning up more of FR 20’s components whilst Bob concentrated on preparing drawings of components for Wootton Hall‘s tender. Mike Rigg continued his work of sorting the bar electrics in the former FRT buffet car. 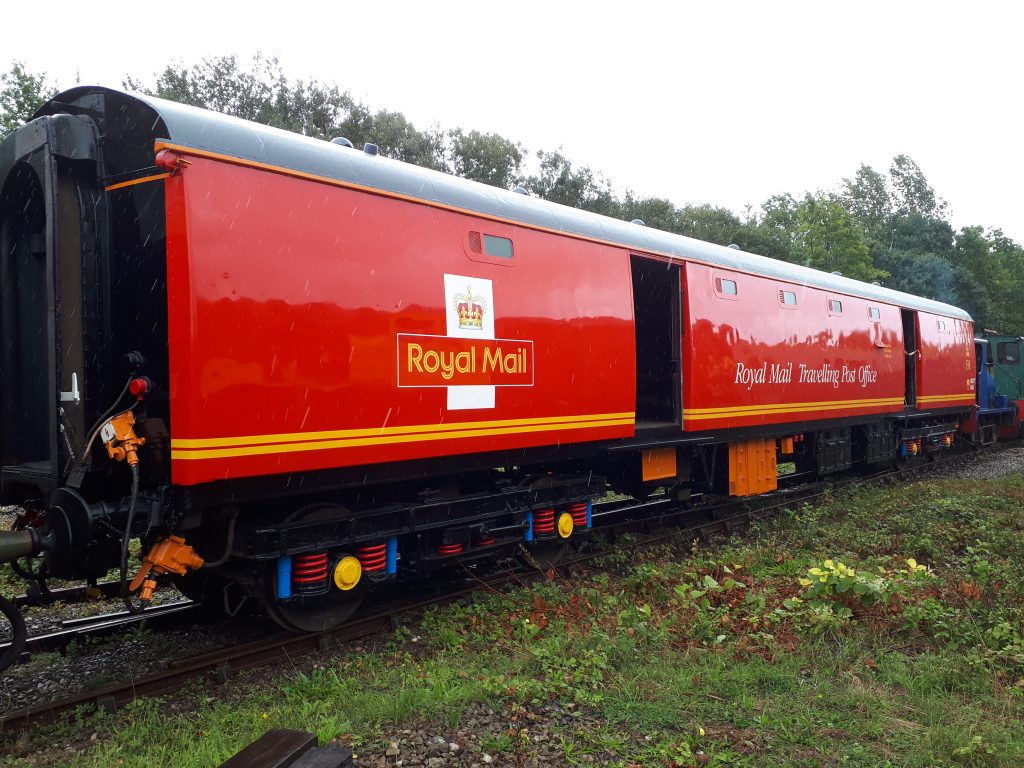 Friday also saw the RSR’s TPO coach make a rare appearance outside the museum, still glistening after its recent paint job in the FRT shed. 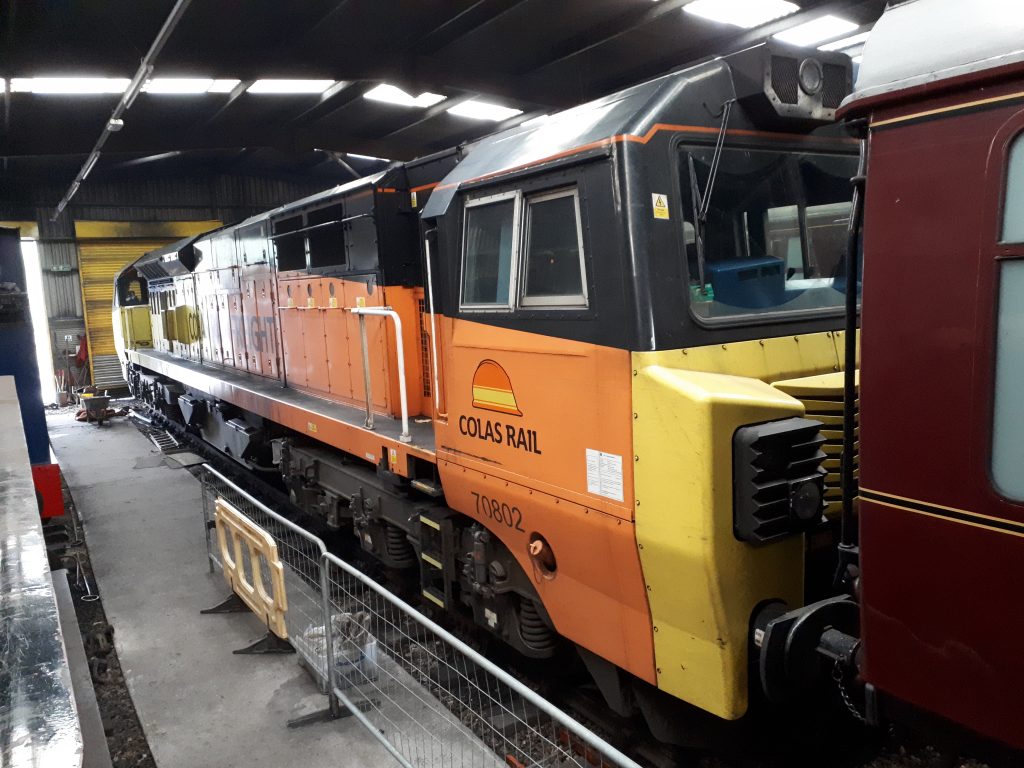 Elsewhere at the RSR there was an unexpected visitor in the running shed  when Colas Class 70 No. 70 802 took up residence pending the rectification of a track fault on the Strand Road level crossing. 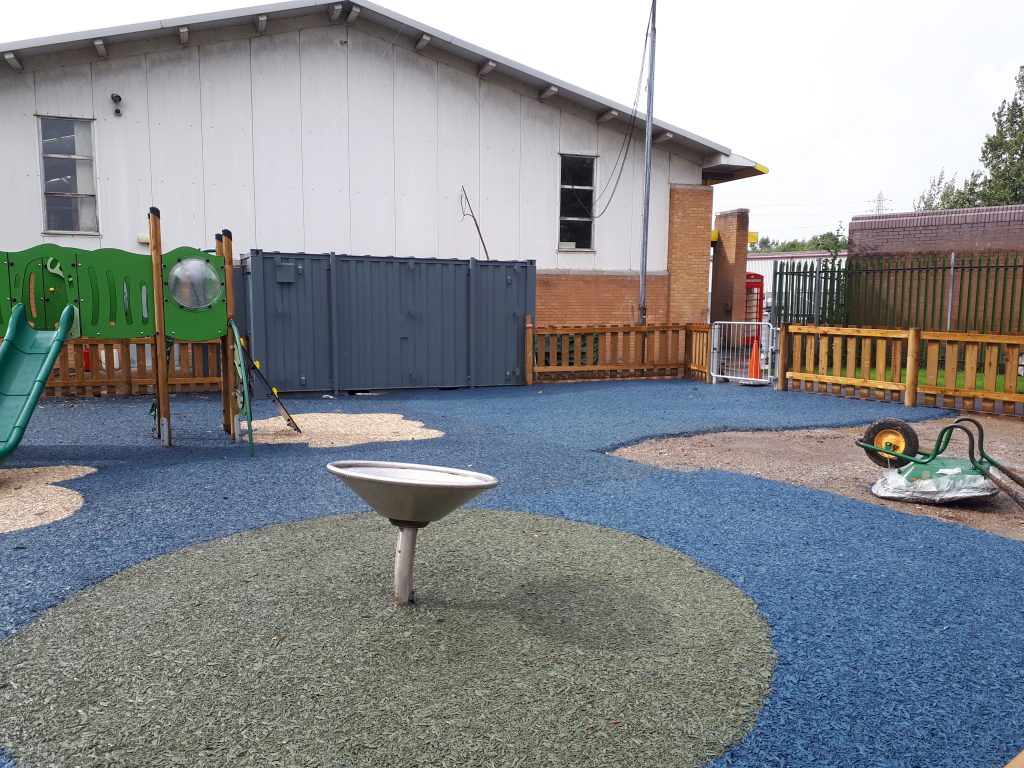 The children’s playground is nearly ready for use, much to Alison’s relief. Work was delayed due to rain so completion of the groundworks was put back until Saturday. An official opening by Radio Lancashire’s John Gilmour is now scheduled for Saturday, 6th October. 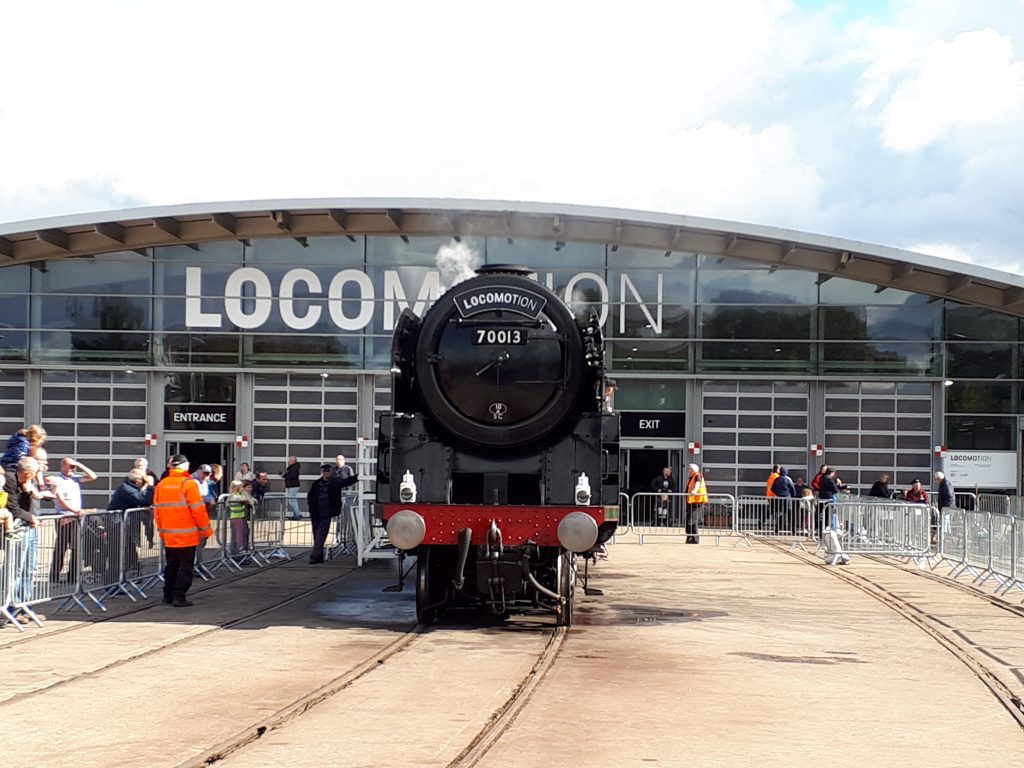 Finally, it has been traditional for some FRT members to attend Locomotion’s Autumn Steam Gala at Shildon. Although FR 20 wasn’t on show there this year, Alan, Alison, Tim, Dickon and Peter van Zeller still braved the A66 roadworks to meet up with the Locomotion team, assist operations and to make or renew their acquaintance with visiting National Collection ‘Britannia’ Pacific 4-6-0 No. 70013 Oliver Cromwell plus Peckett 0-6-0ST No. 1970 of 1939 Ashington No.5/JackieMilburn from the North Tyneside Railway. 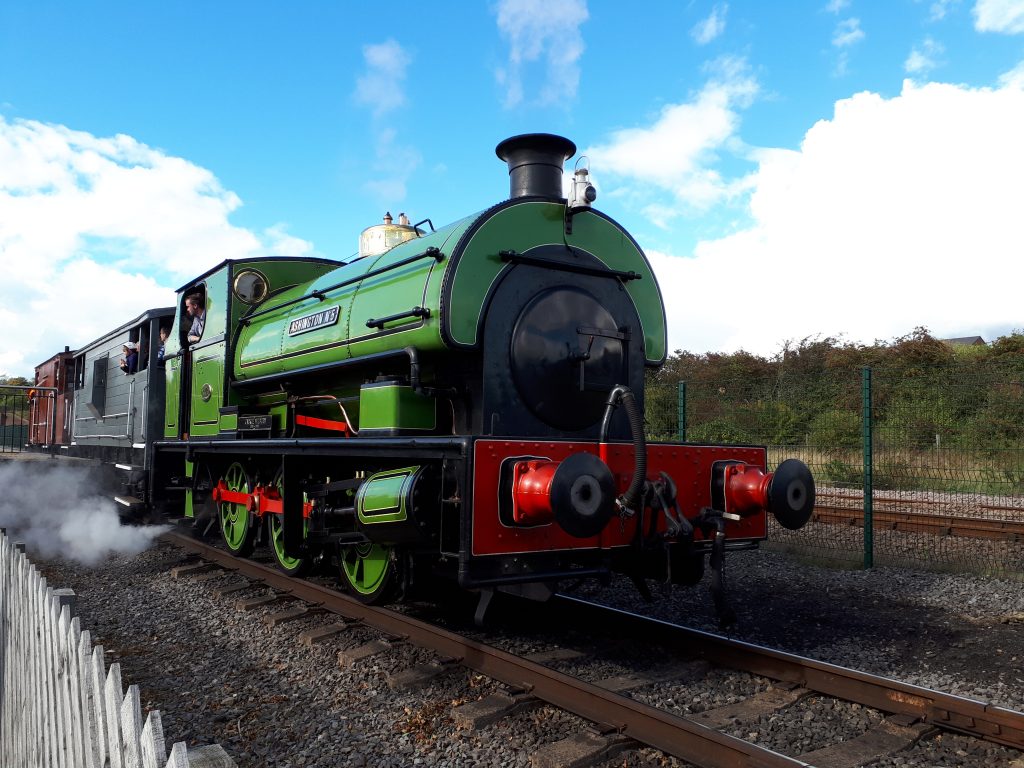 Fortunately the weather was better than originally forecast and a good time was had by all. 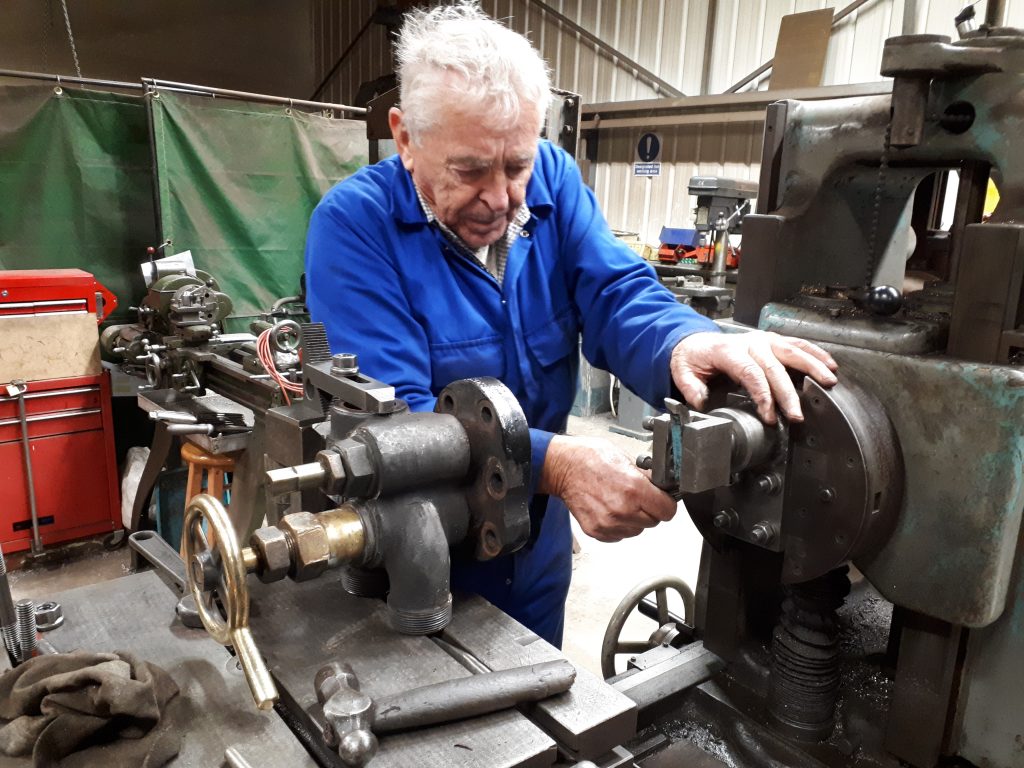 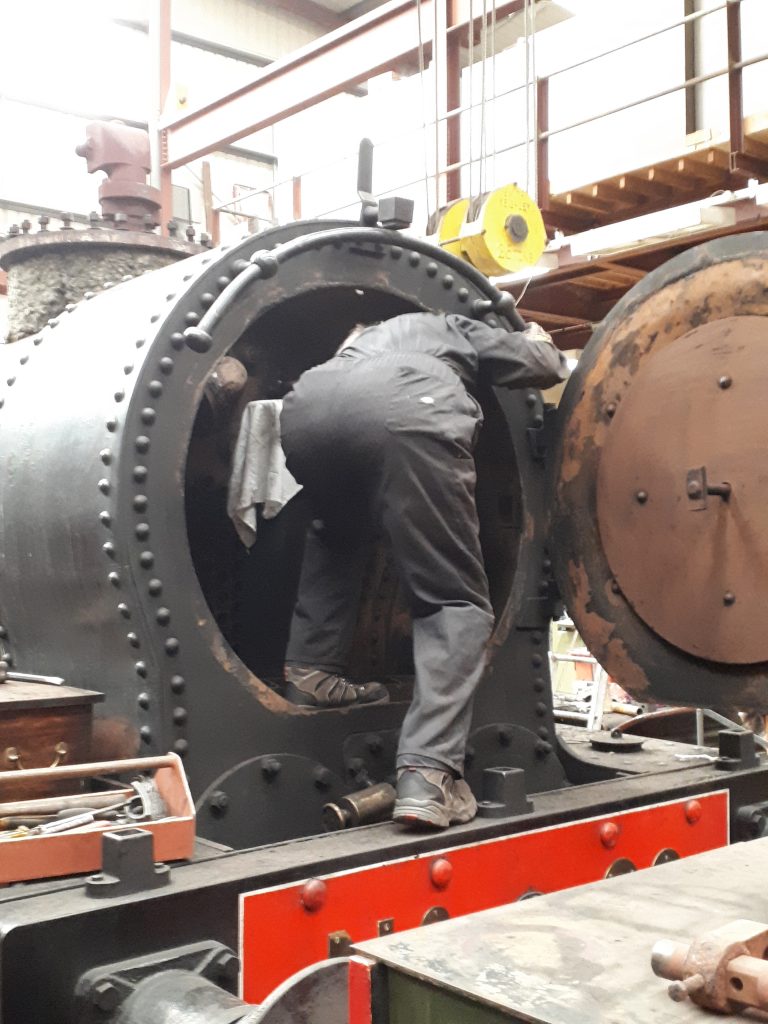 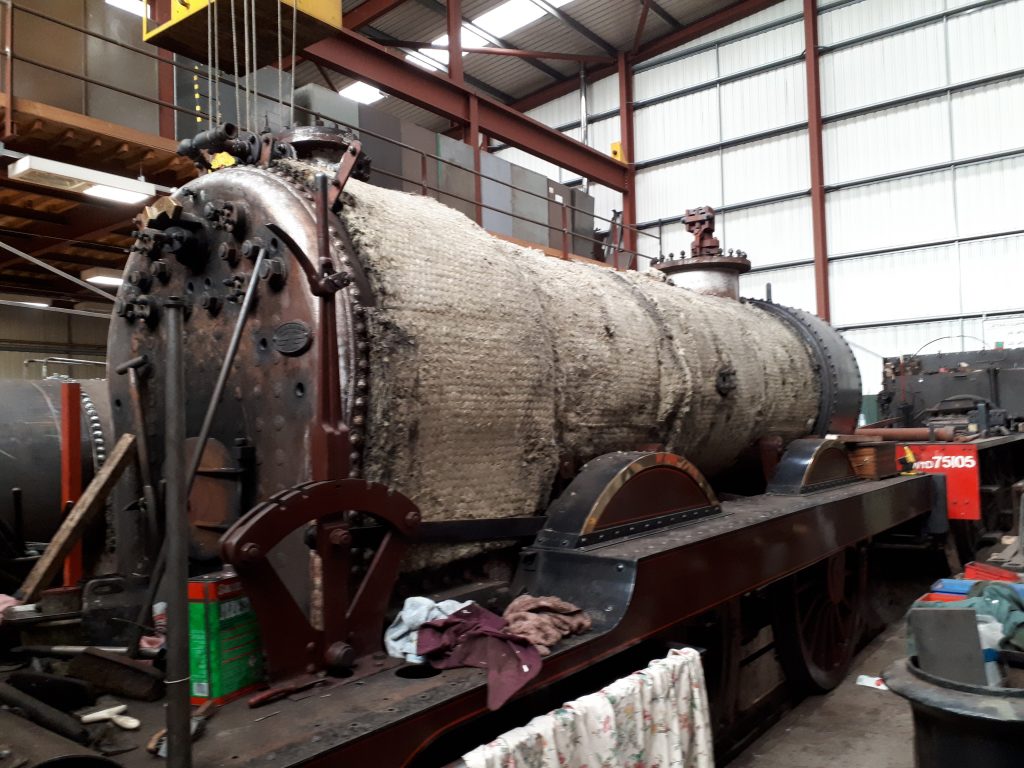 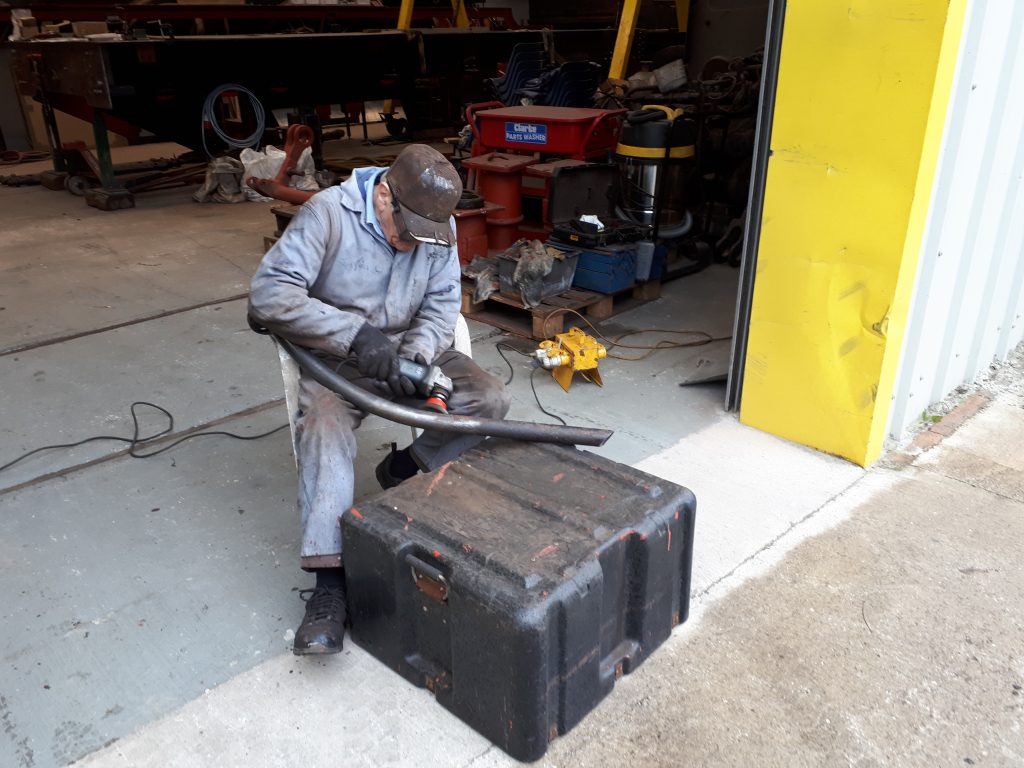 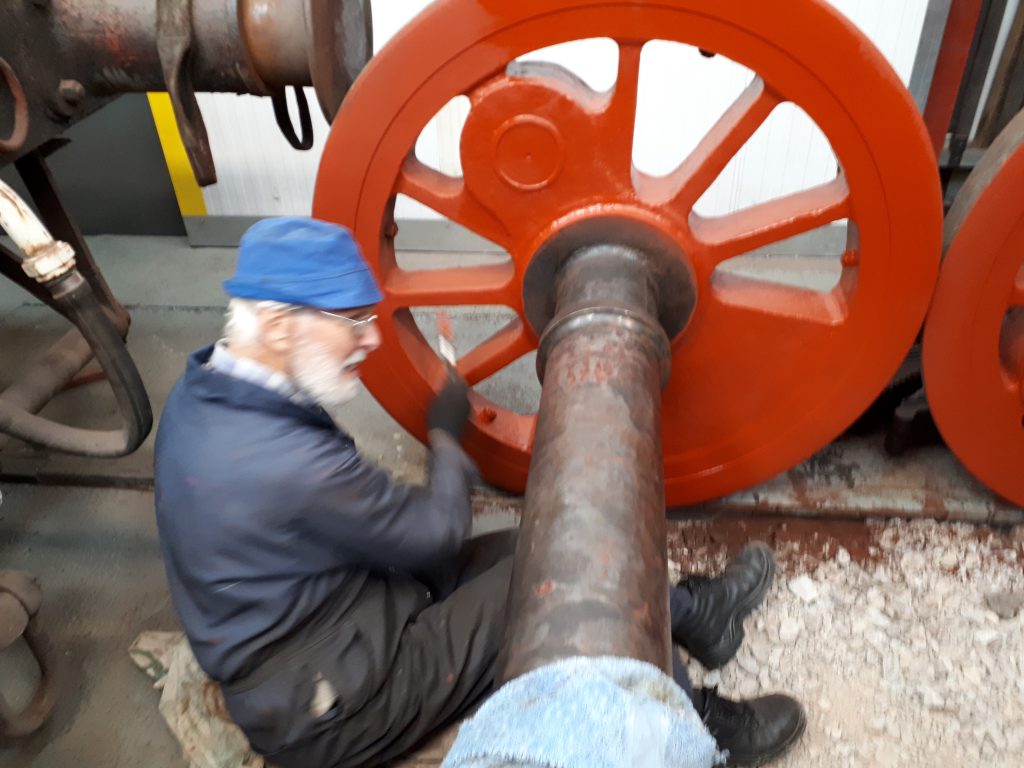 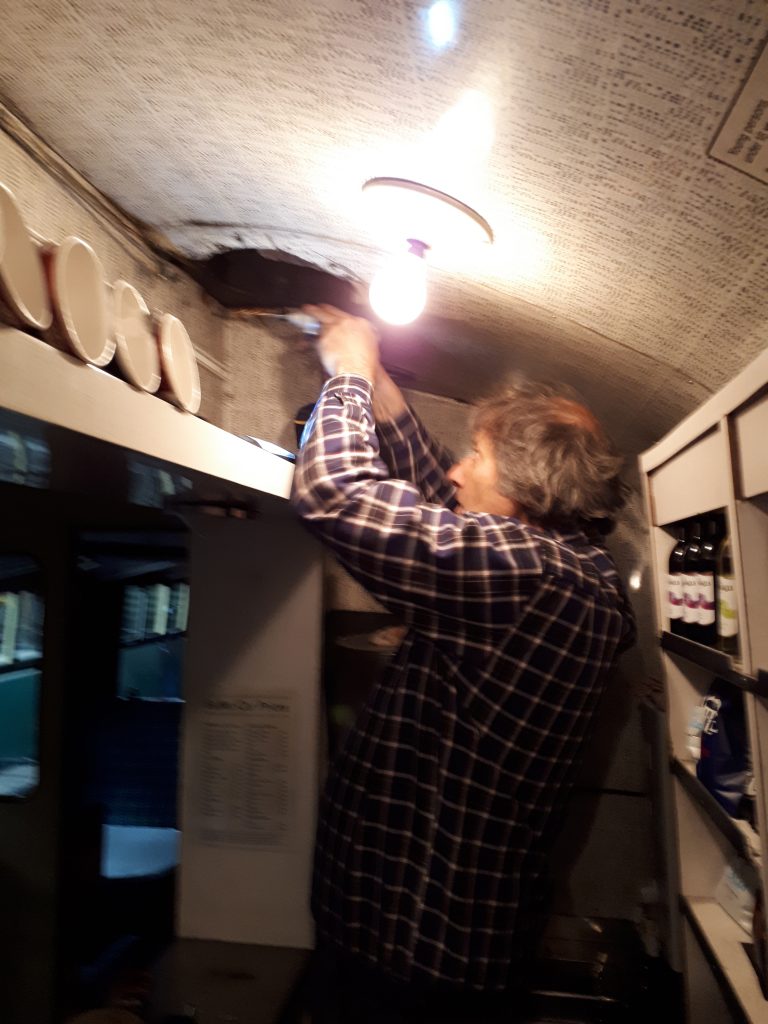 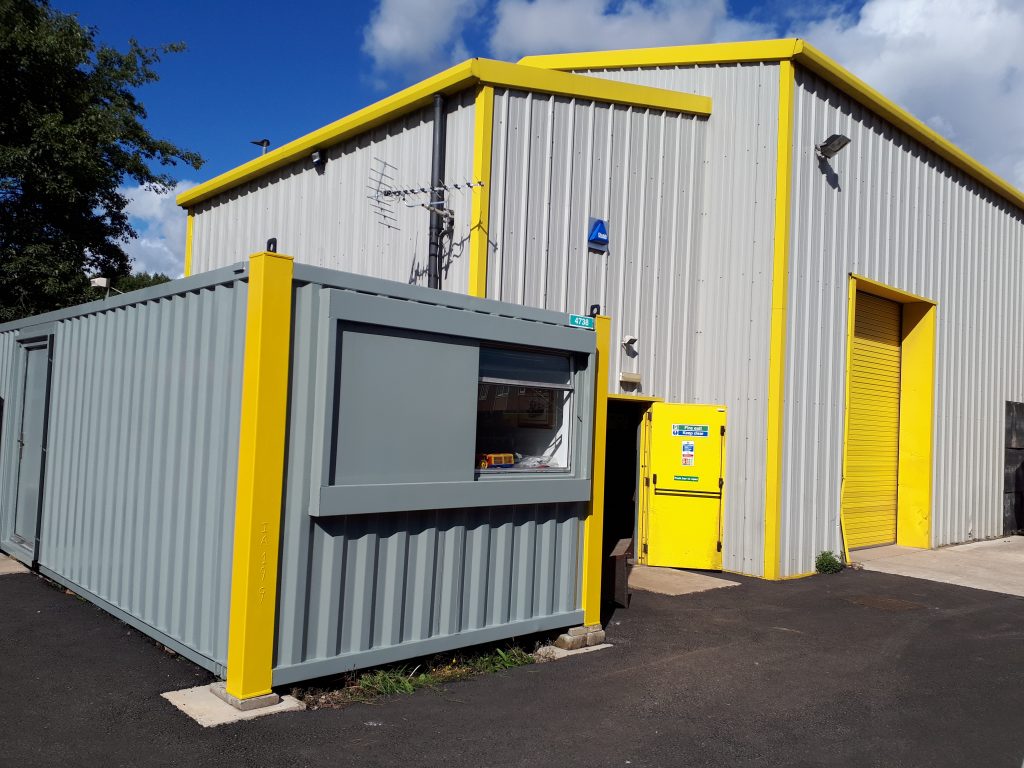 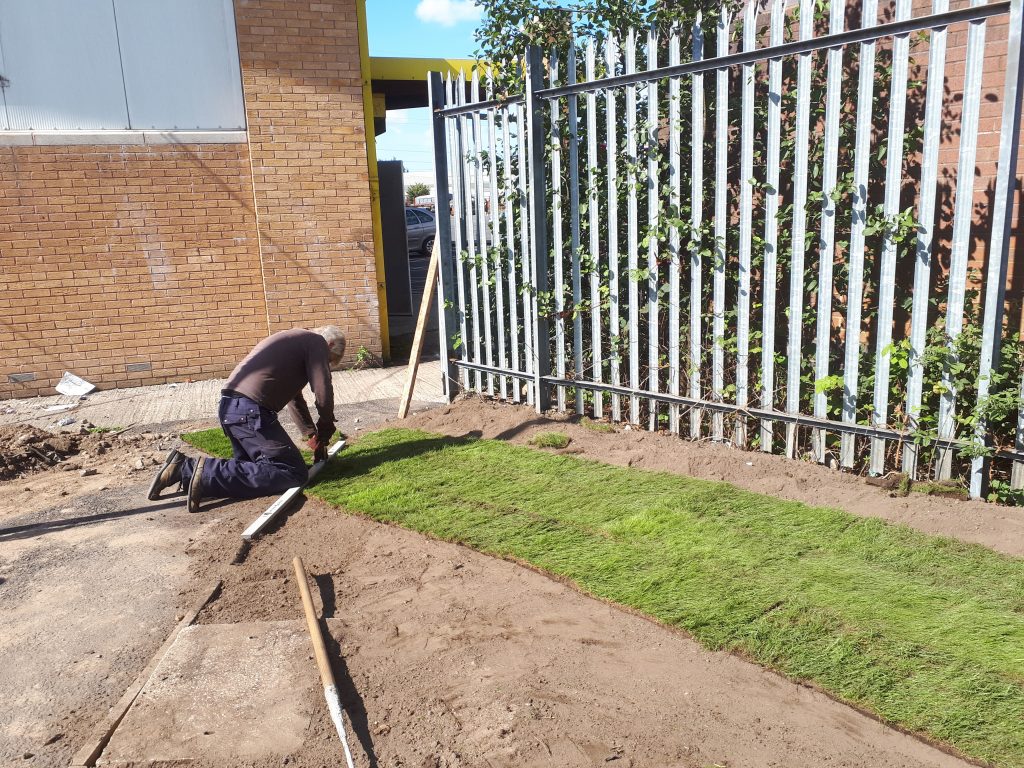 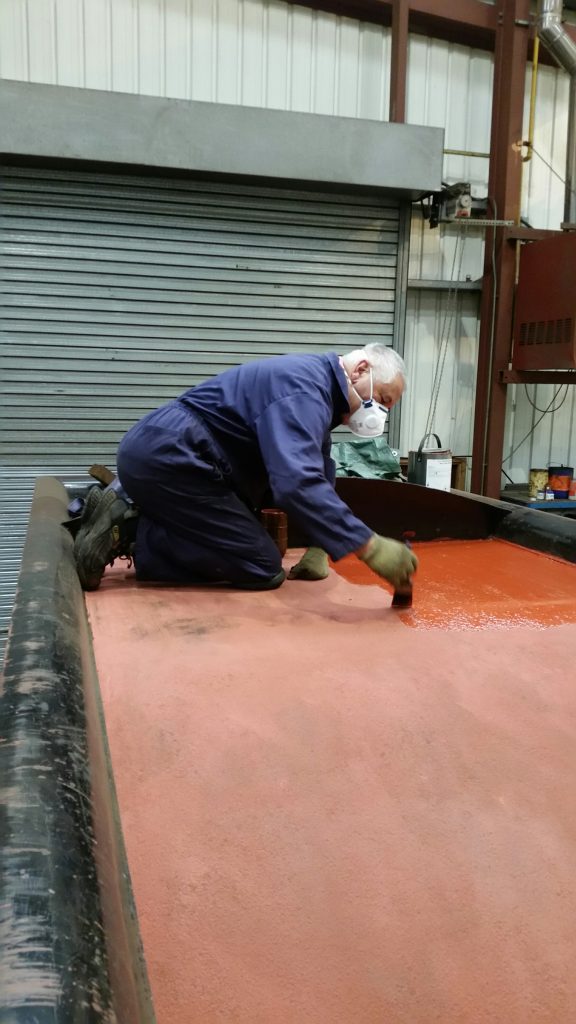 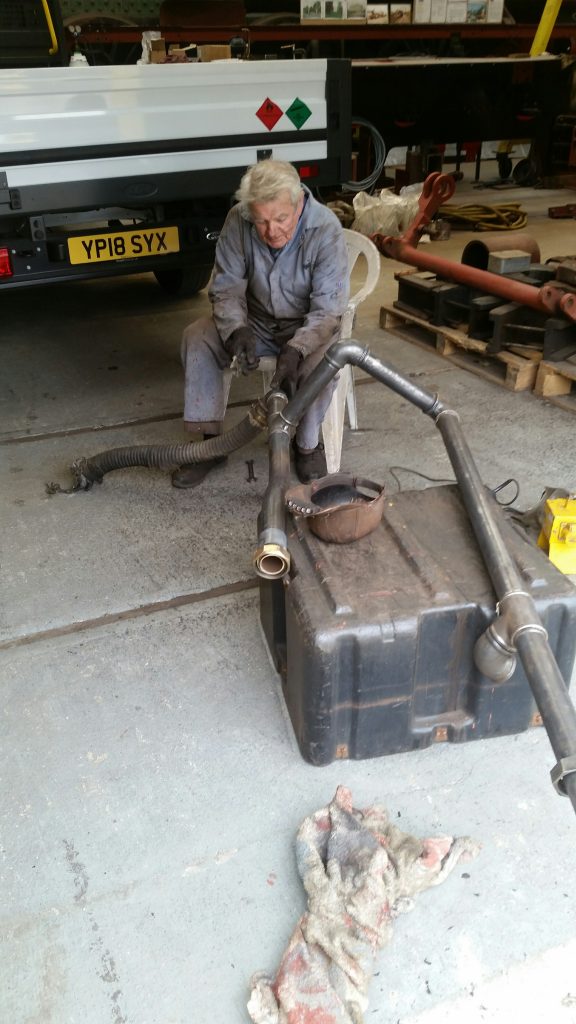 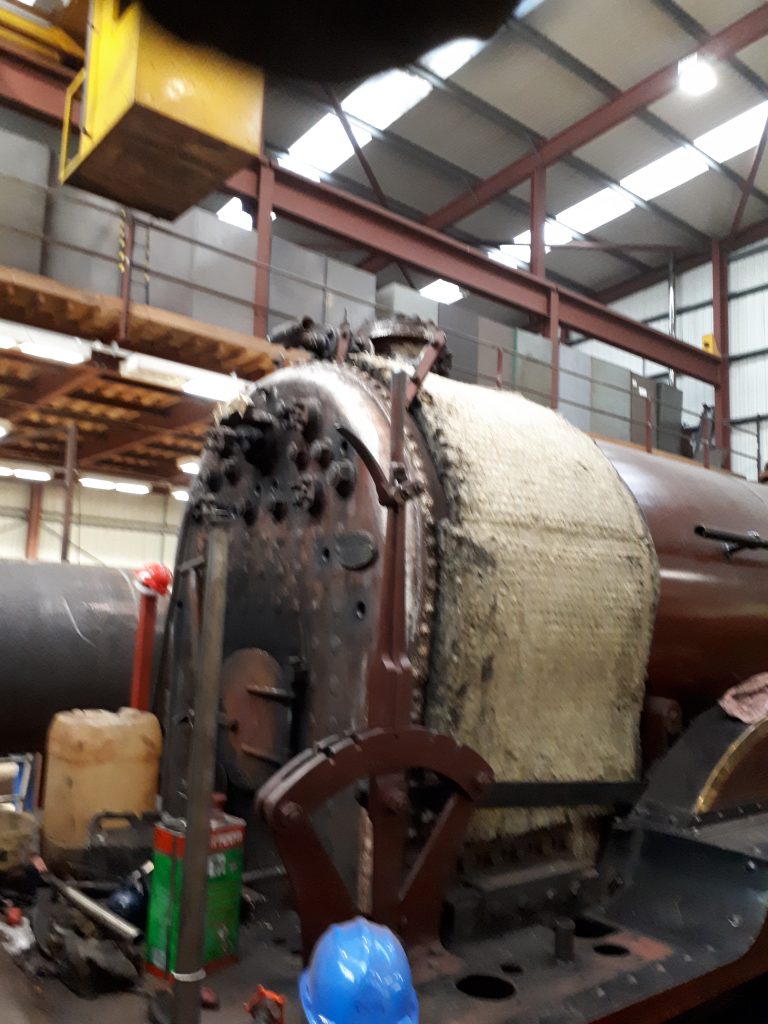 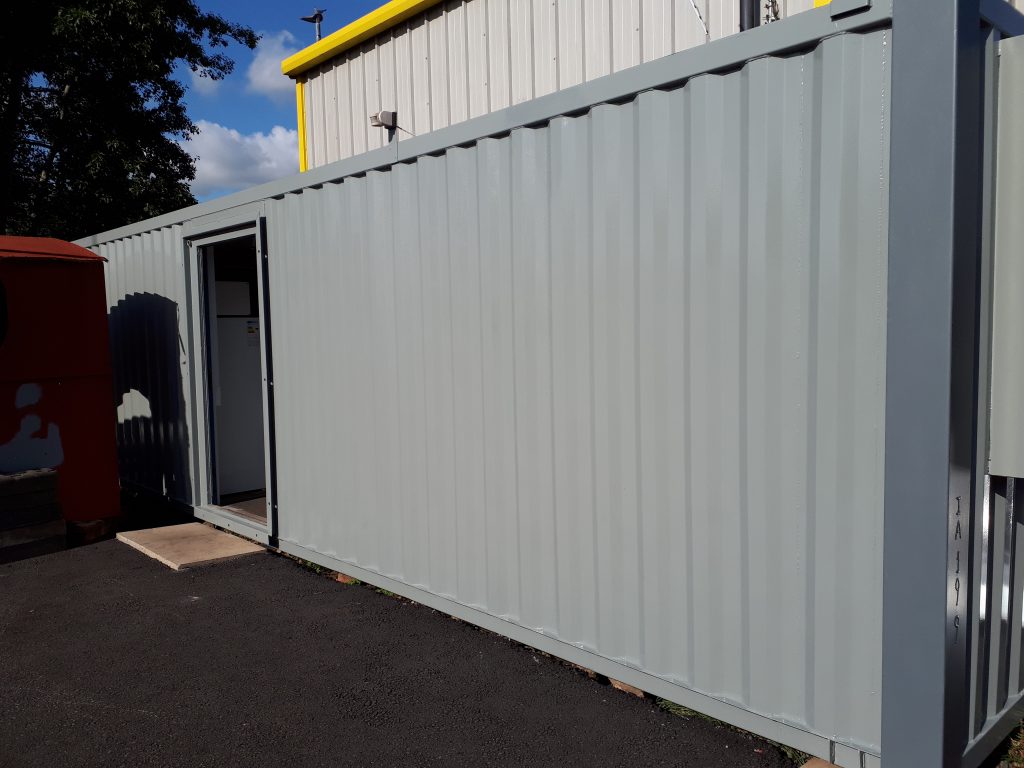