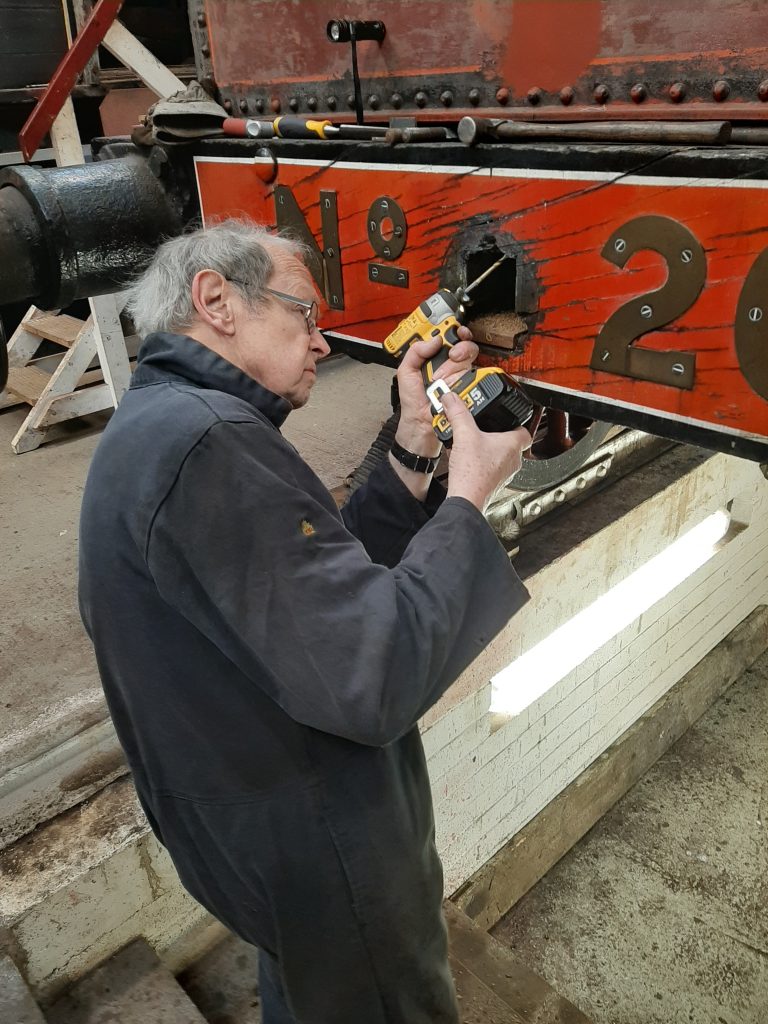 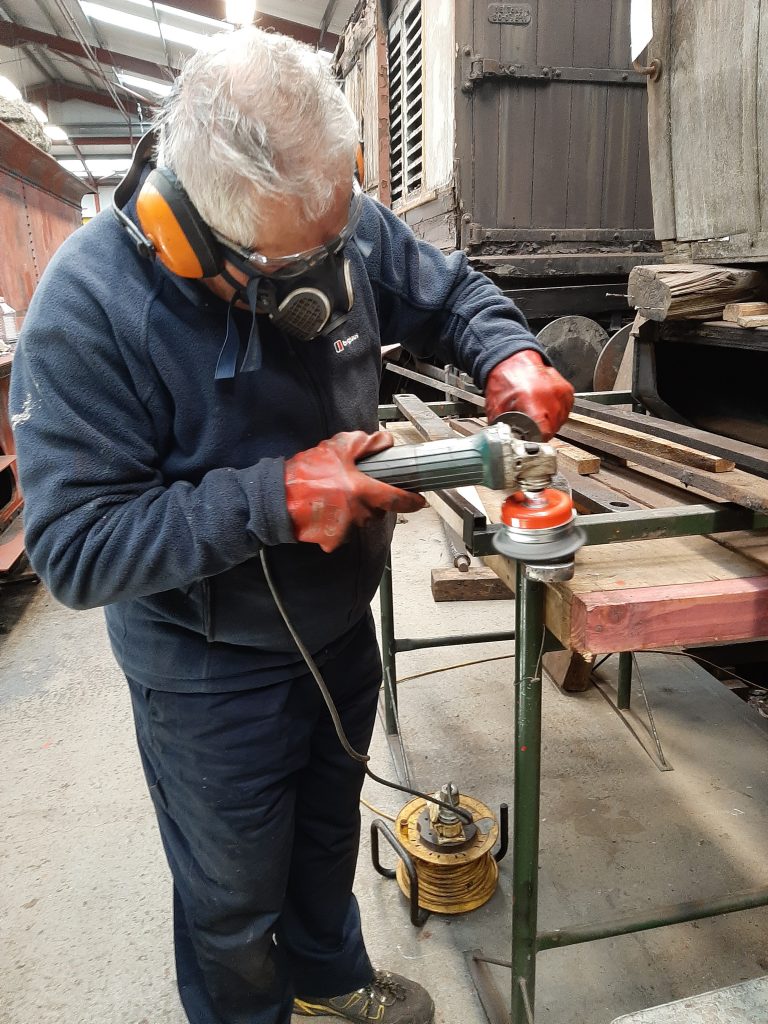 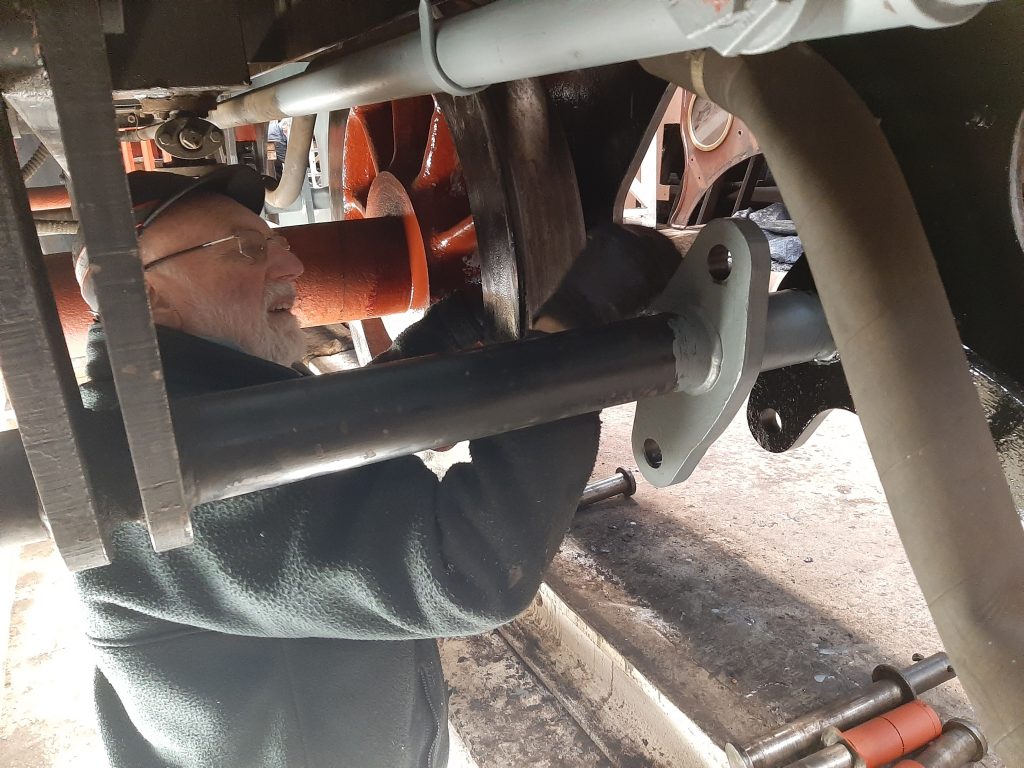 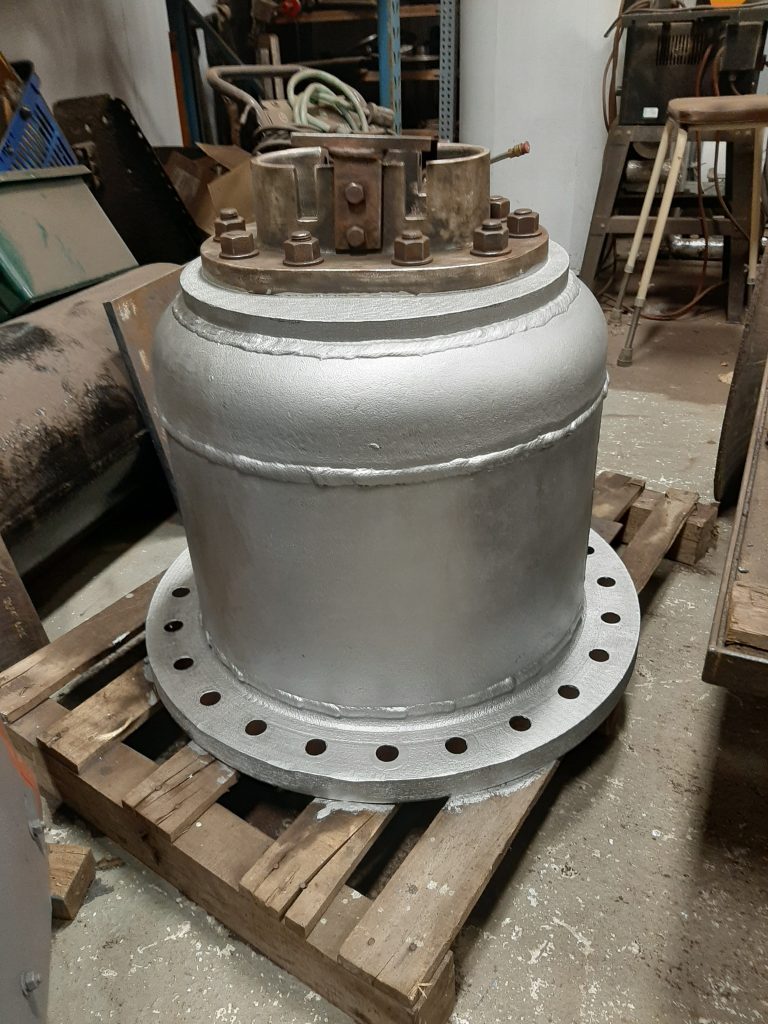 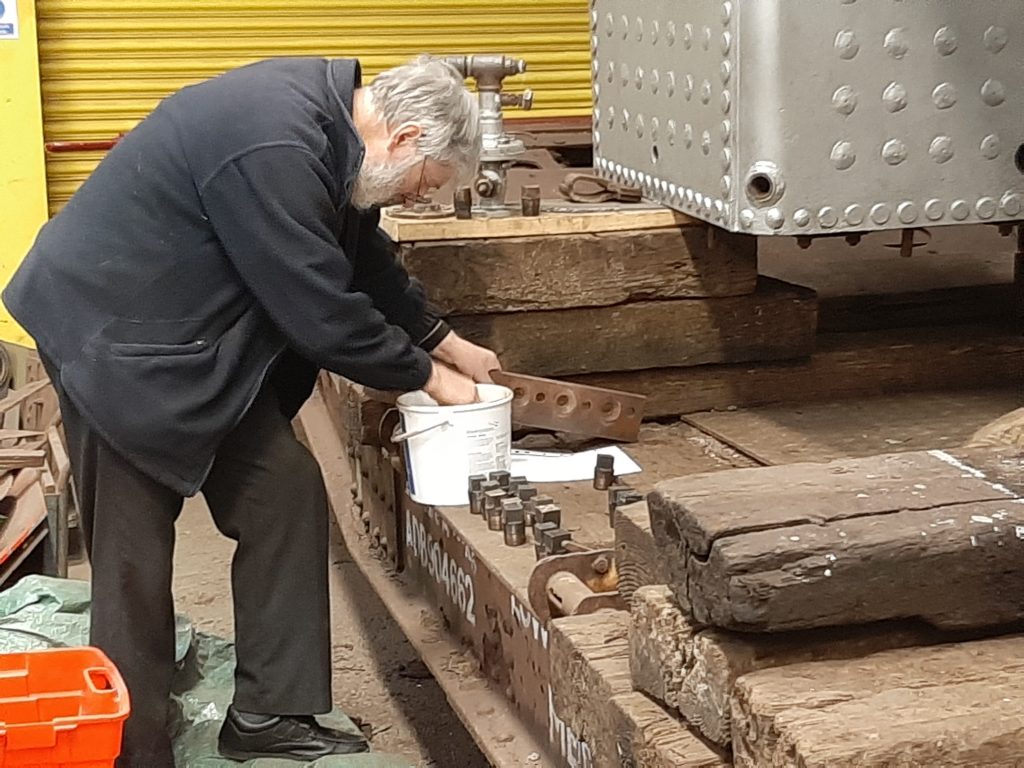 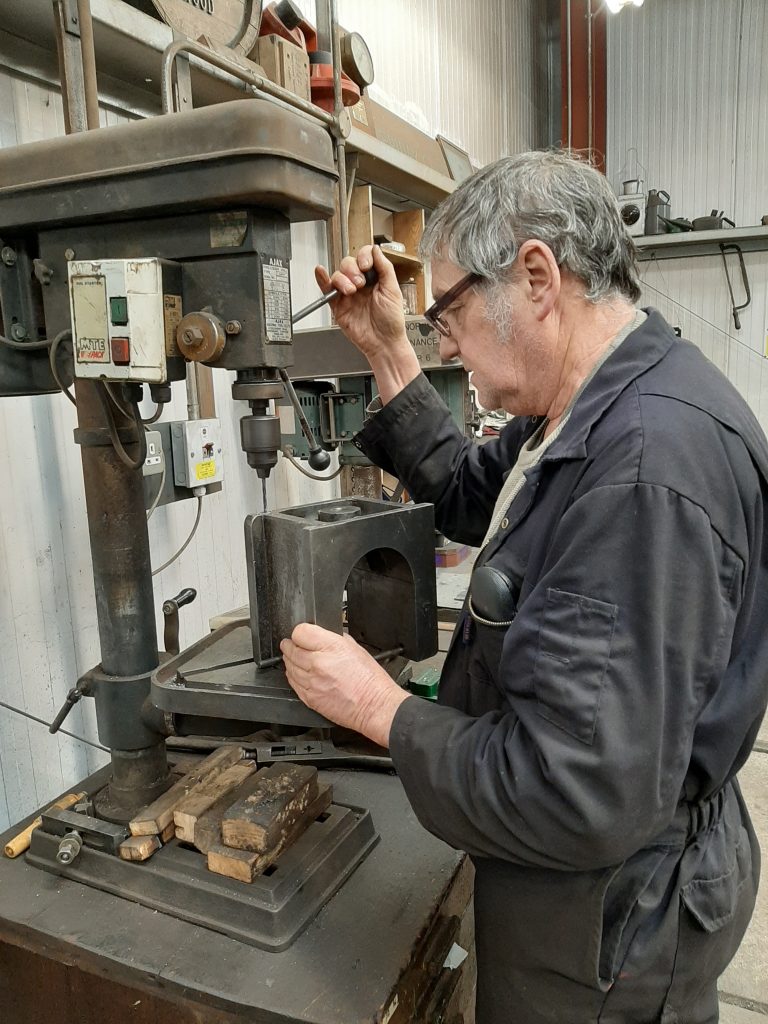 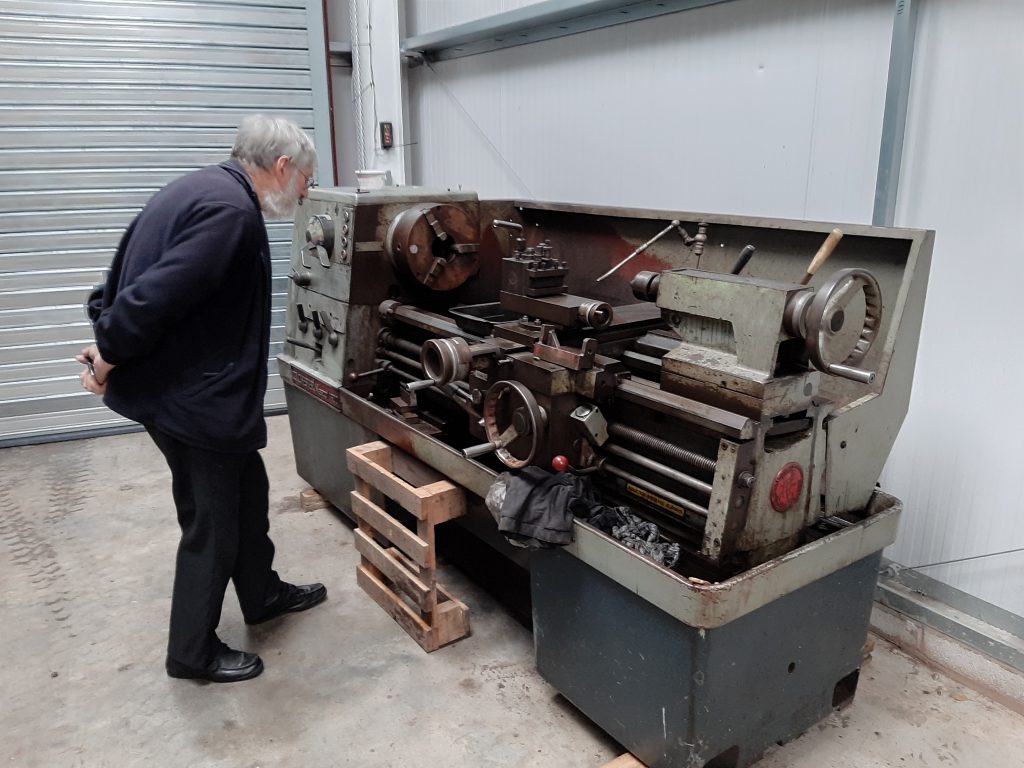 We are sorry to have to start this week’s blog with the very sad news that Howard Fletcher, one of our regular working members at Preston, passed away last night. Howard had been taken into hospital last week with a bad nose bleed and was diagnosed with blood pressure issues following which he suffered a stroke. We will publish any more details that we receive in future blogs but, in the meantime, we send our condolences to Howard’s family.

Howard had joined the FRT in recent years from the main RSR workshop and  quickly settled in to become part of the FRT team. He was happy to use his engineering background take on those many fiddly jobs and spent much of his time working on Caliban and Fluff.  We will very much miss him.

Just a short update on work at Preston this week. 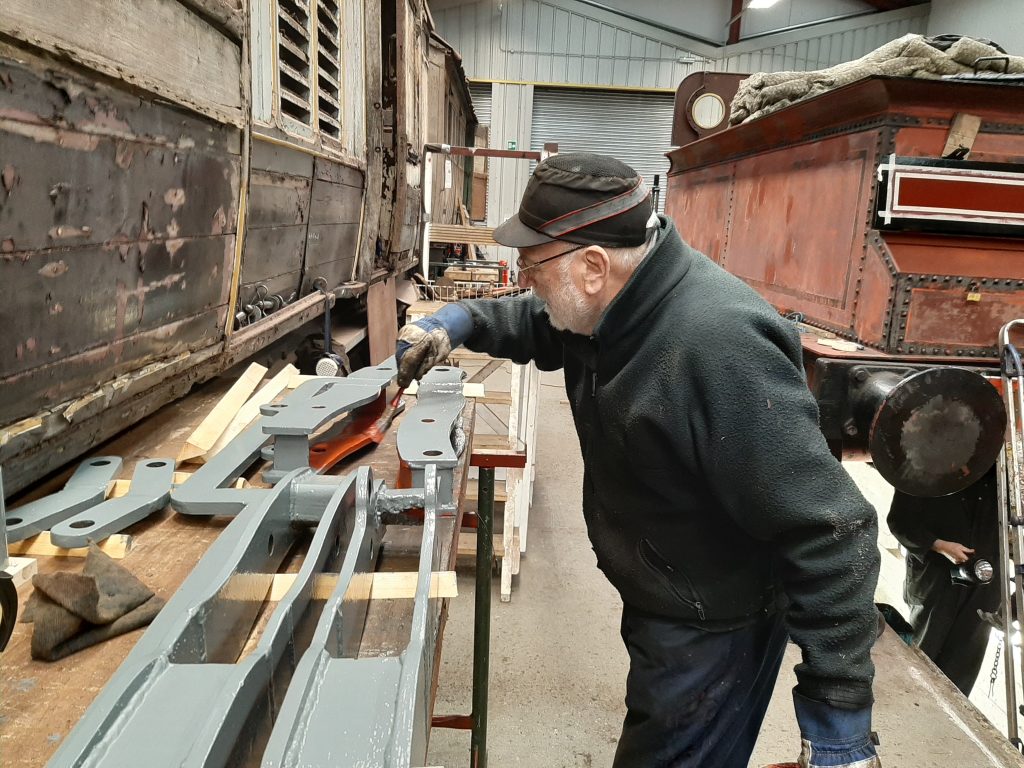 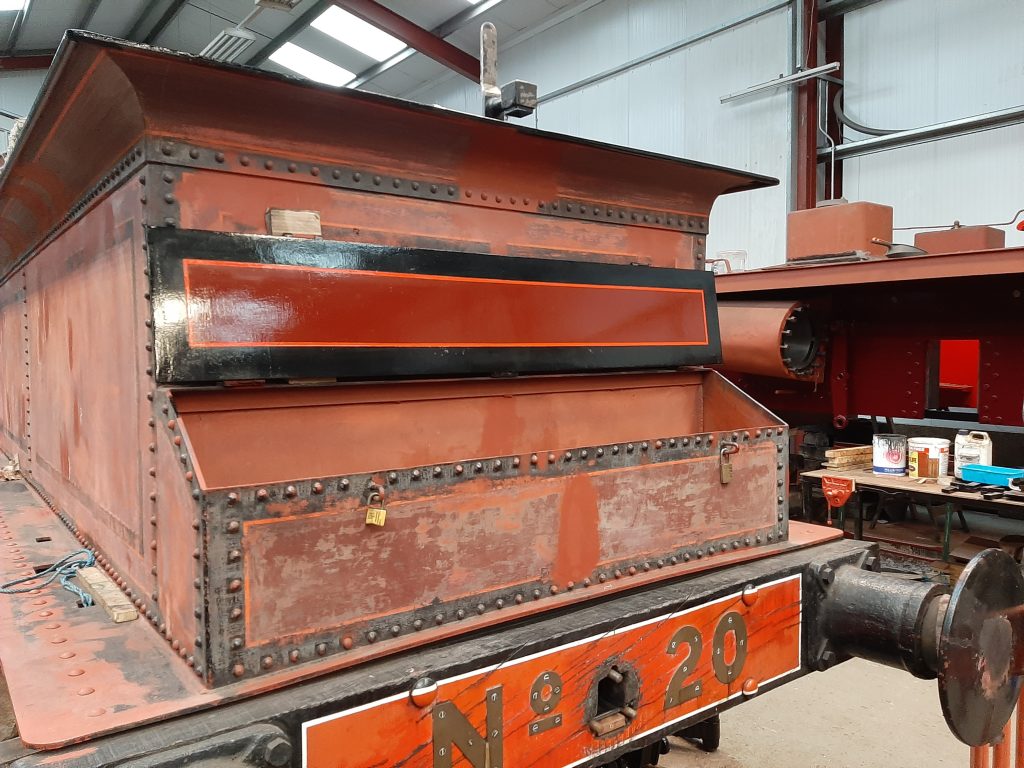 After 21 years, the underside of the lid for the locker at the rear of FR 20’s tender has finally been painted. Tim decided to line it out as a test piece for painting the rest of the tender. 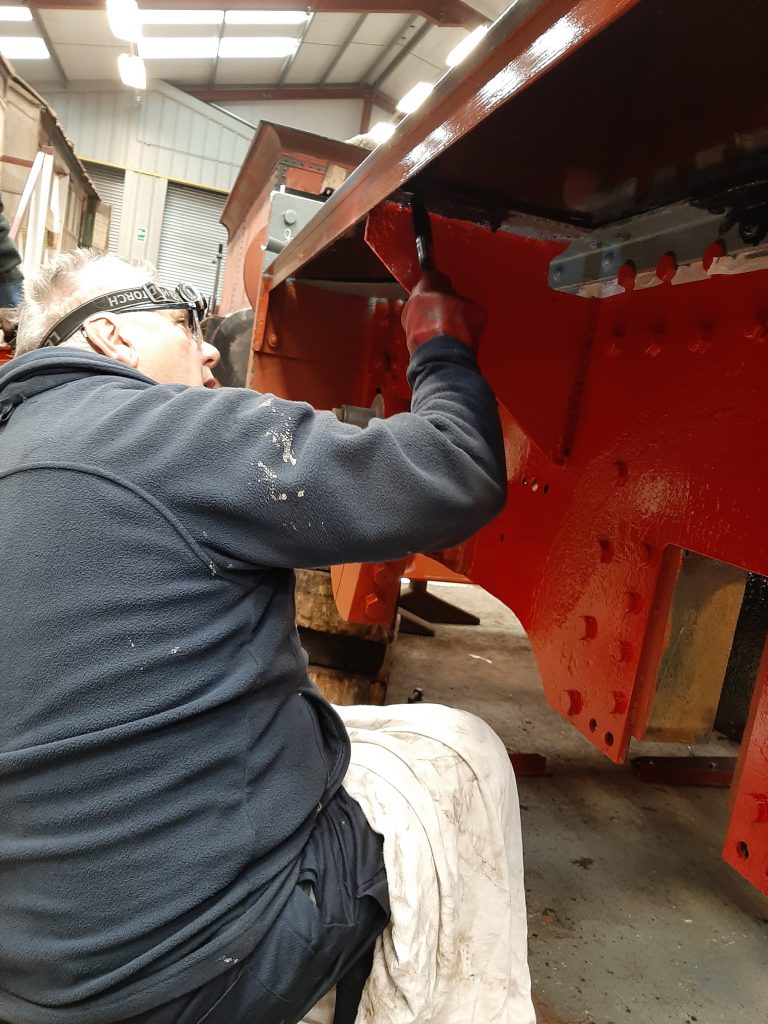 John Davis has again been painting the underside of Fluff‘s frames. 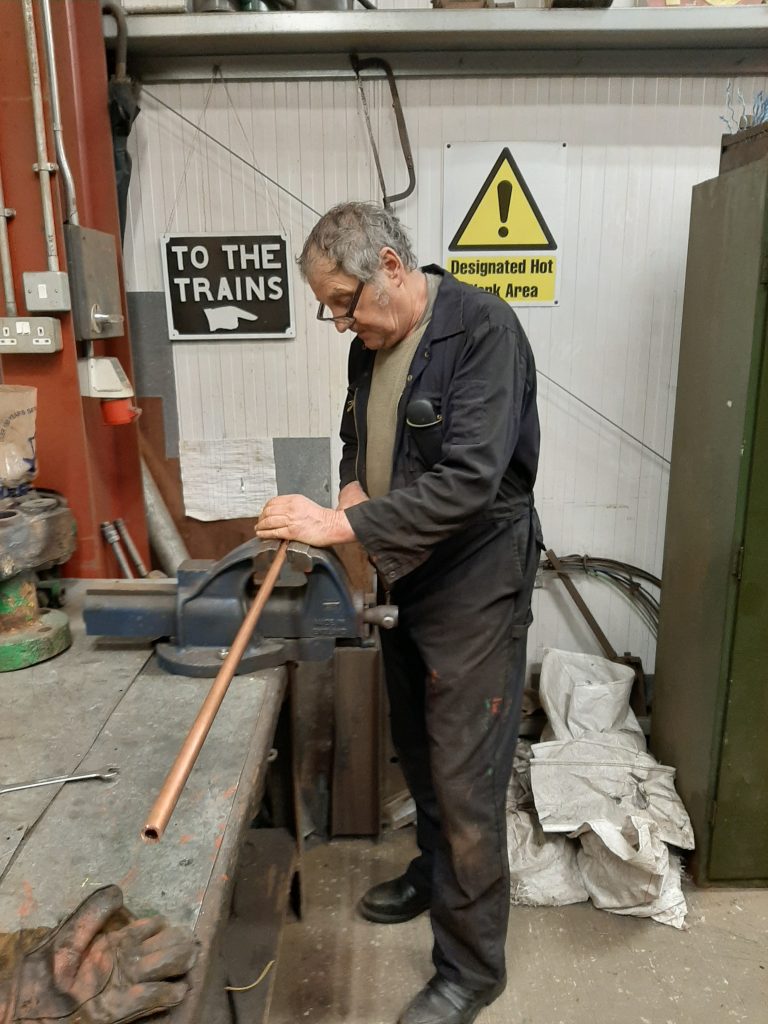 Keith has been preparing and test fitting some pipework to Wootton Hall‘s cab. 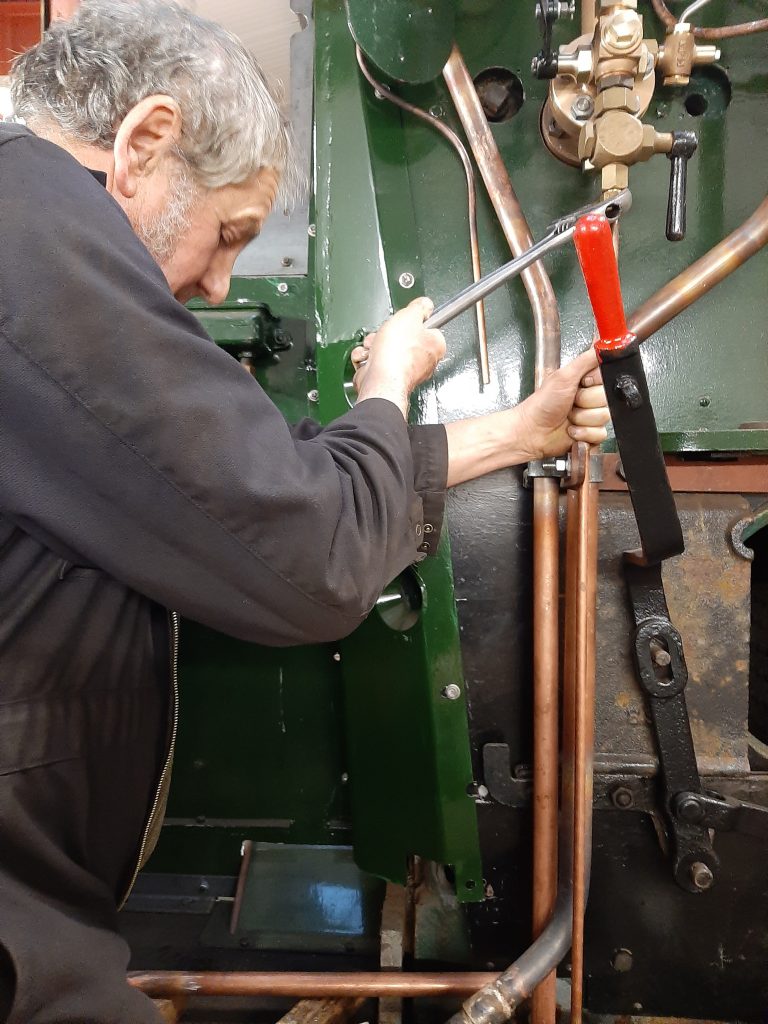 The annual FRT Christmas dinner took place at The Hungry Horse restaurant at Lea Gate last Friday and was enjoyed by 22 members and guests. Thanks as ever to Alison for making the arrangements and for reminding us all as to what we had ordered!

Work has continued on FRT projects at Preston despite the call on labour to assist with the RSR’s Santa Specials. 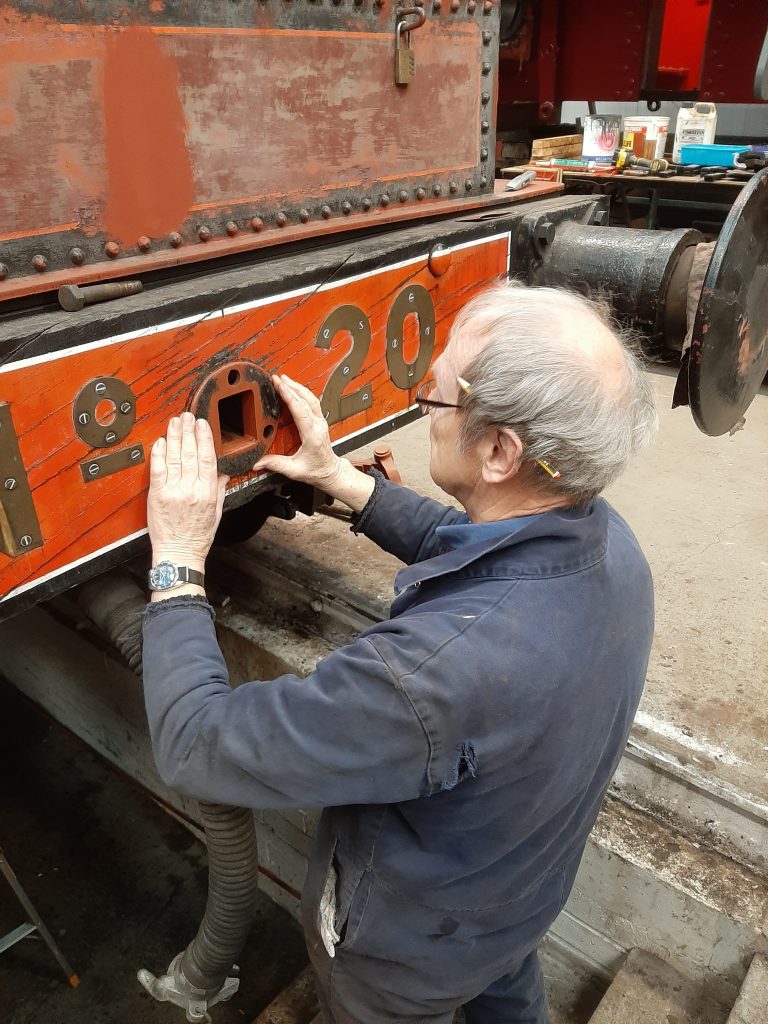 John Dixon has continued with repairs to the drawgear on FR 20’s tender. 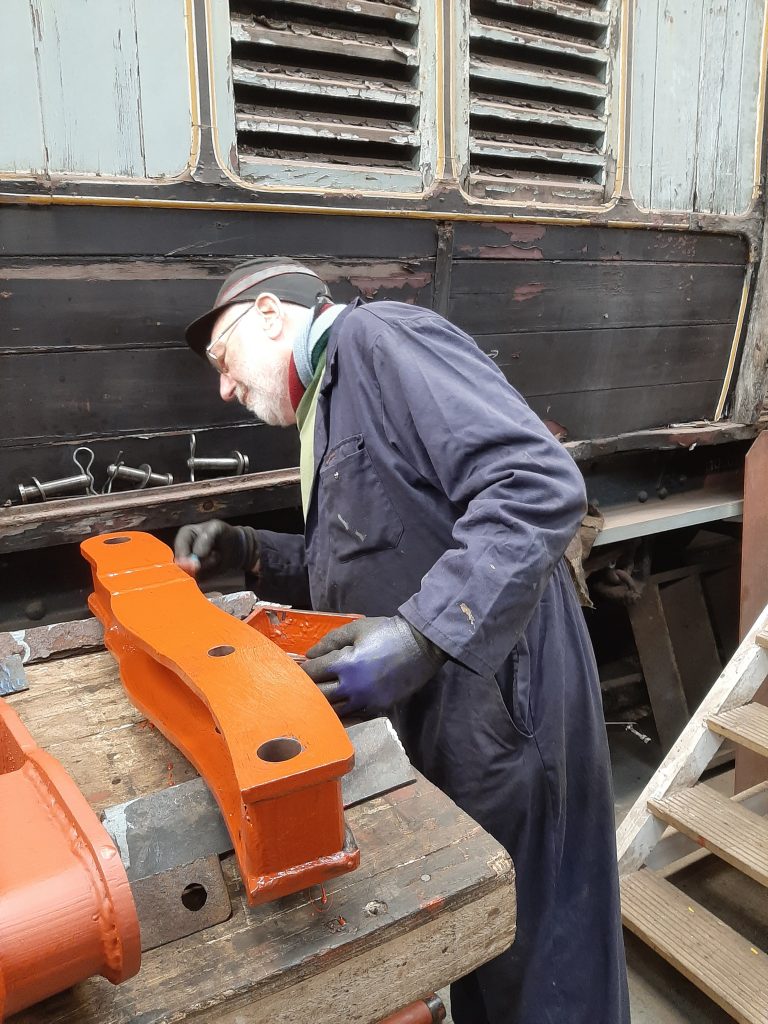 Tim has been preparing the tender for painting whilst Phil Bell has been busy painting more of the tender brake assembly. 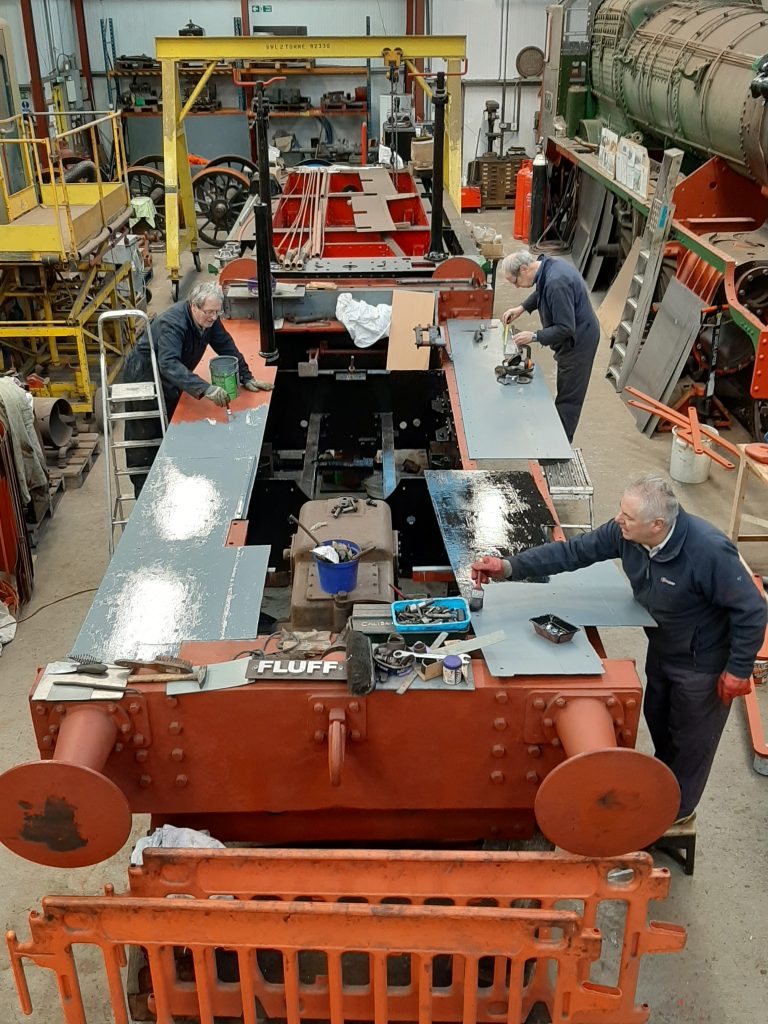 There has been more work on Fluff with Paul Balshaw and John Davis painting the running boards and John Dixon making a small alteration to the steelwork. 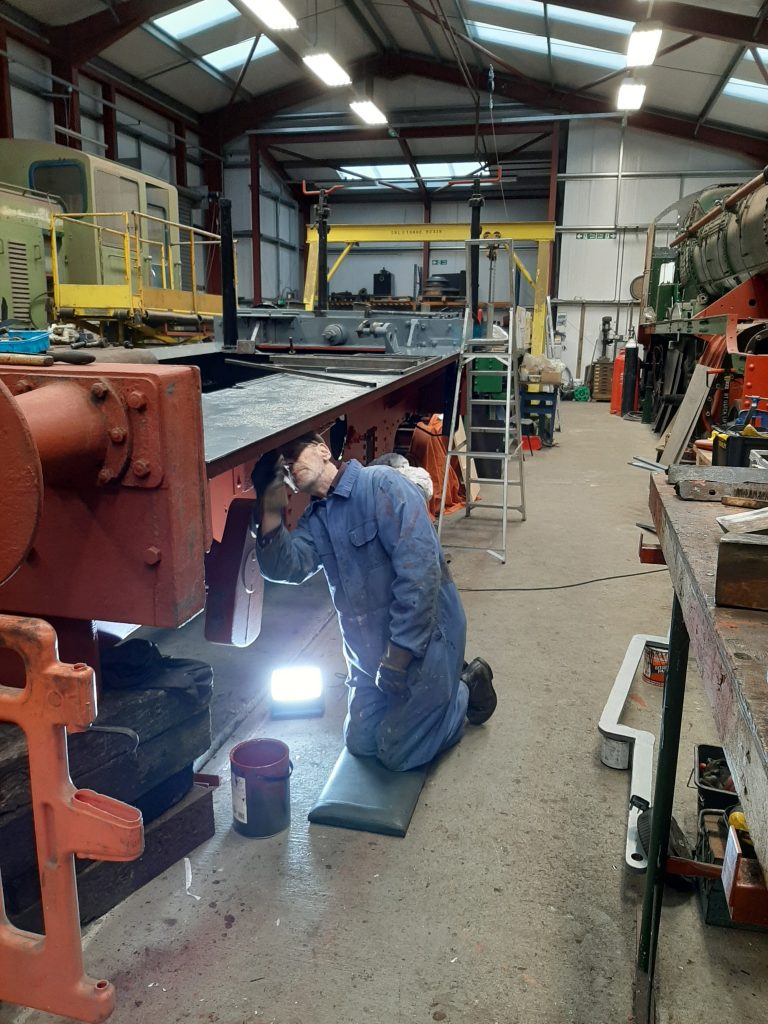 David Rimmer has been adding some more paint to the frames. 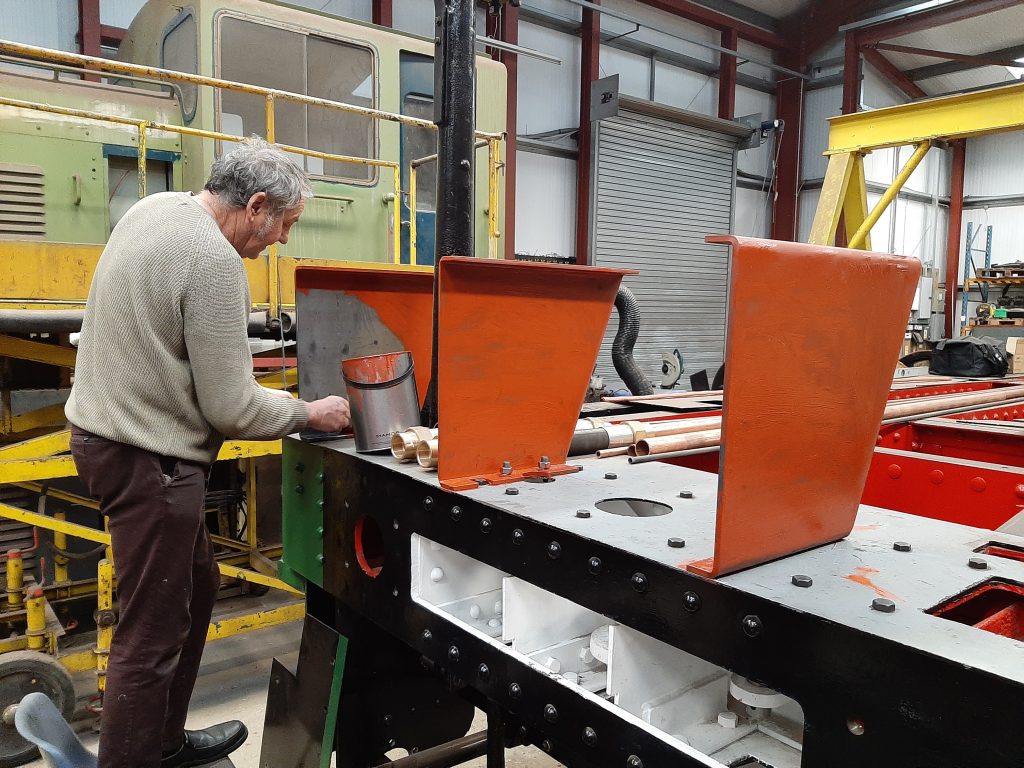 Keith Brewer has received the new floor supports for Wootton Hall‘s tender back from the forge after amendment and, after fitting them, has been applying some paint. 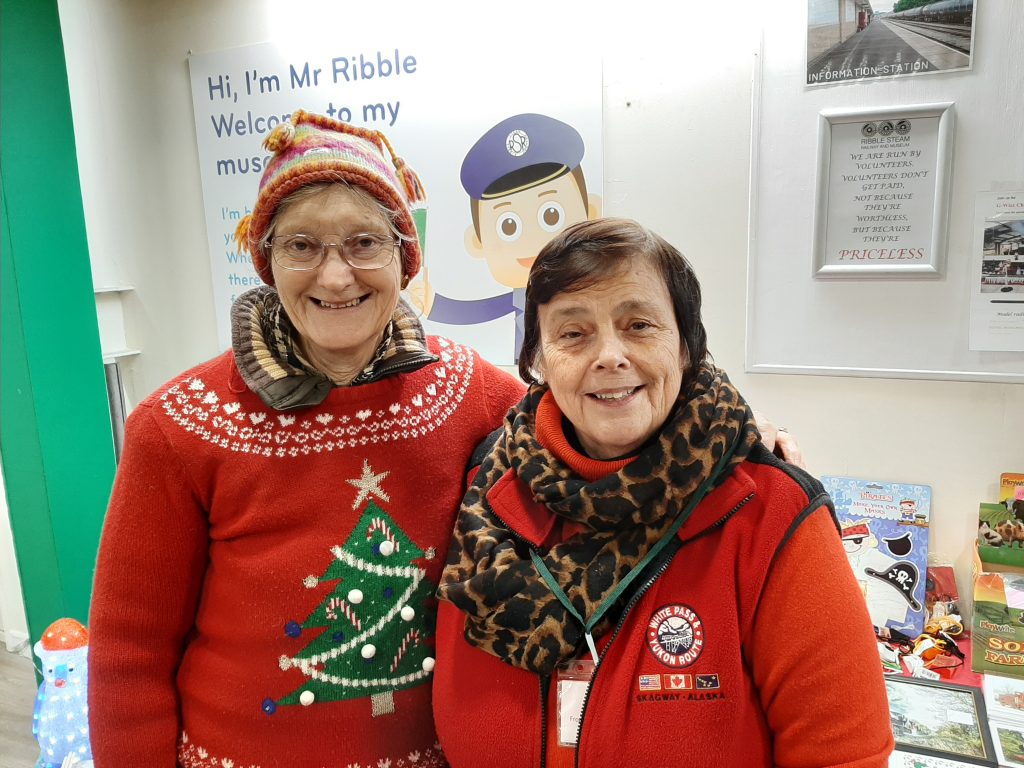 With the Santa Specials in full swing, Jen, Alison and John Davis have been in festive mood and in charge of FRT sales over the last weekend. 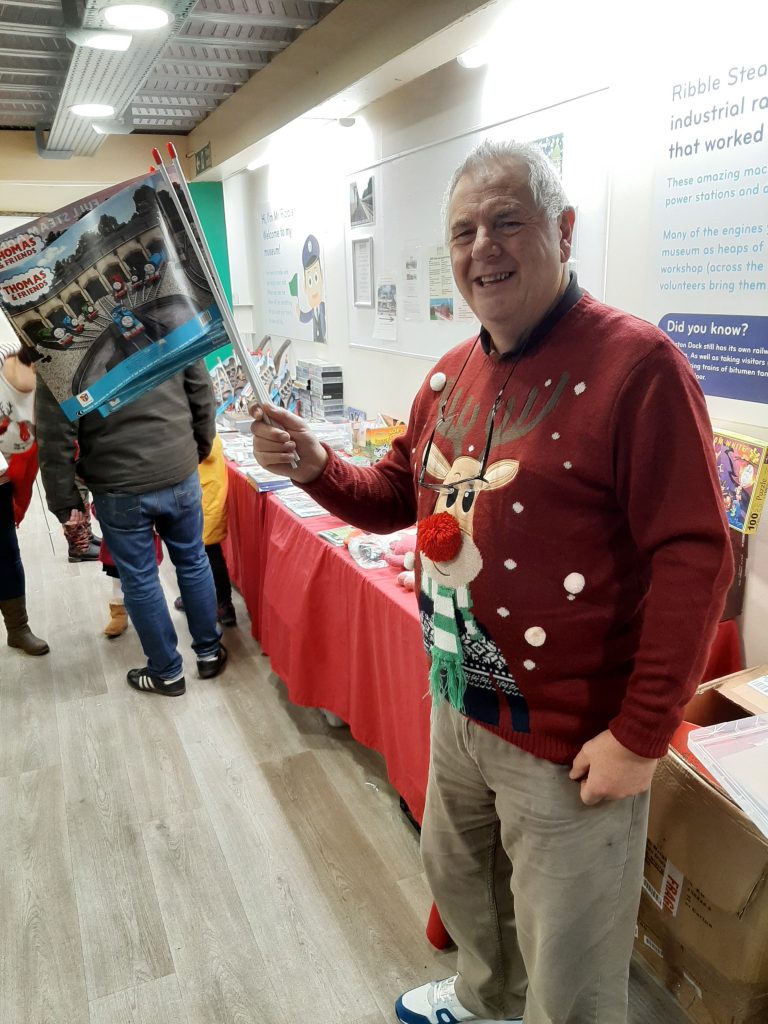 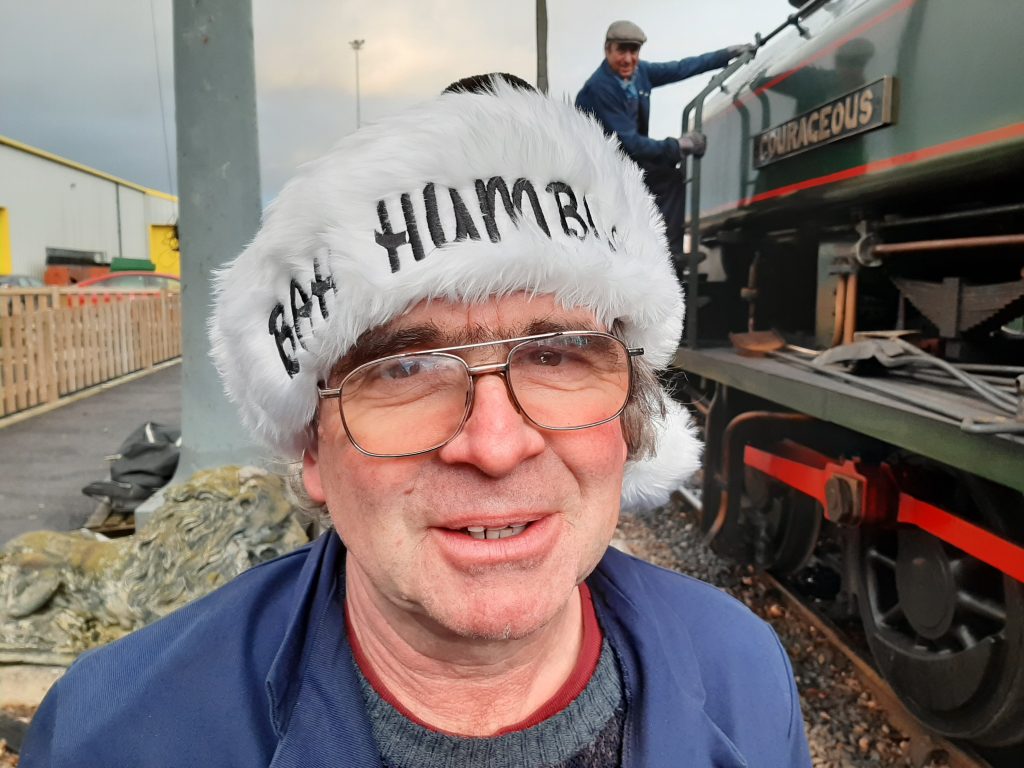 Someone apparently not in festive mood was Sunday’s steam driver, Ade!

A short update this time, just to let you all know that work is still progressing on all fronts, although with little massively new to report.

Tim has been rubbing down the weatherboard on FR 20’s tender, although the sudden news that the overhead wires on the West Coast main line had come down last Wednesday caused him to down tools and jump into Alison’s car for a lift to Carnforth – and what a good move that was with services only recovering the following morning! Work also continued on cleaning and painting the tender brake gear.

John Dixon has worked further on his modification to the rear tender drawhook arrangement and is seen here busy with his angle grinder. 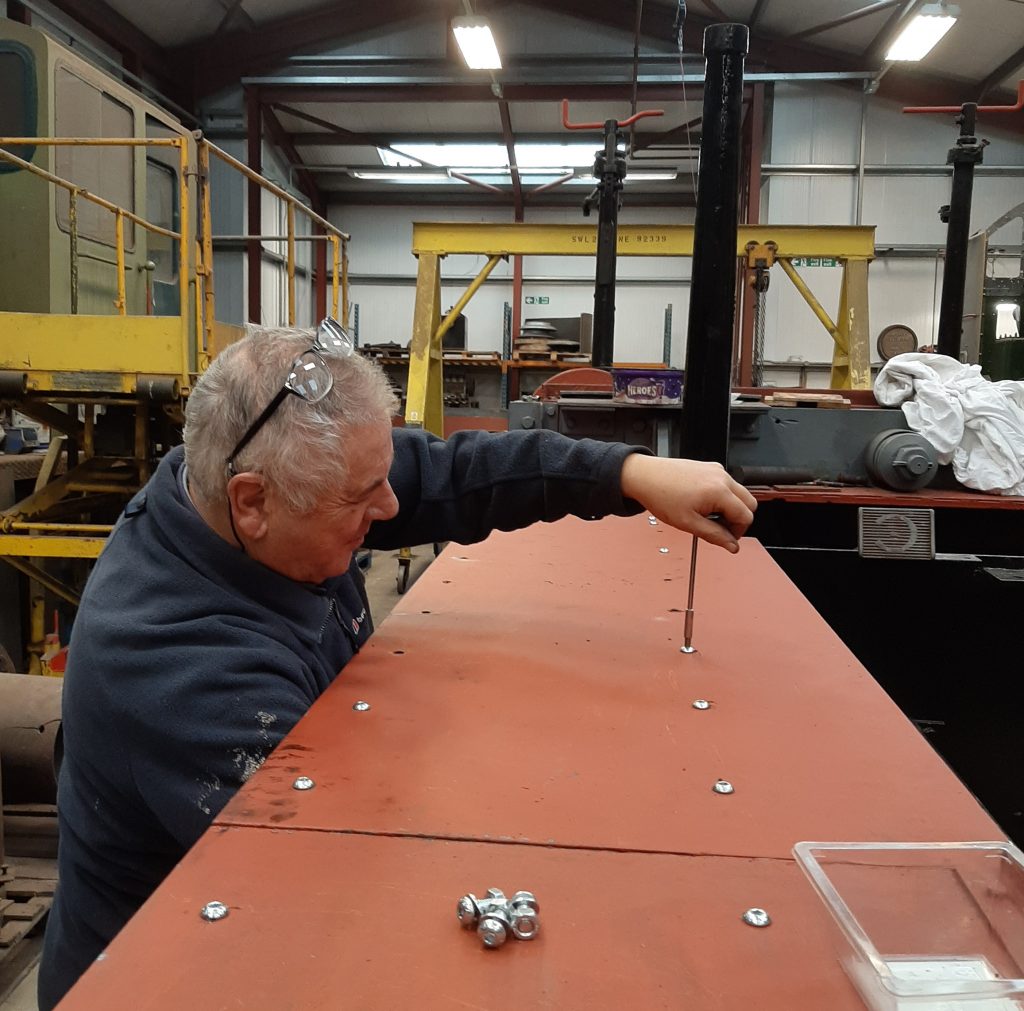 More paint has gone on Fluff and John Davis is seen bolting down the running boards.

Finally, with the Ribble Steam Railway’s Santa Specials operating on Saturday and Sunday, Tim and Alan were busy entertaining the passengers on board the trains whilst Alison, Jen and Jim were busy staffing the FRT sales stand. 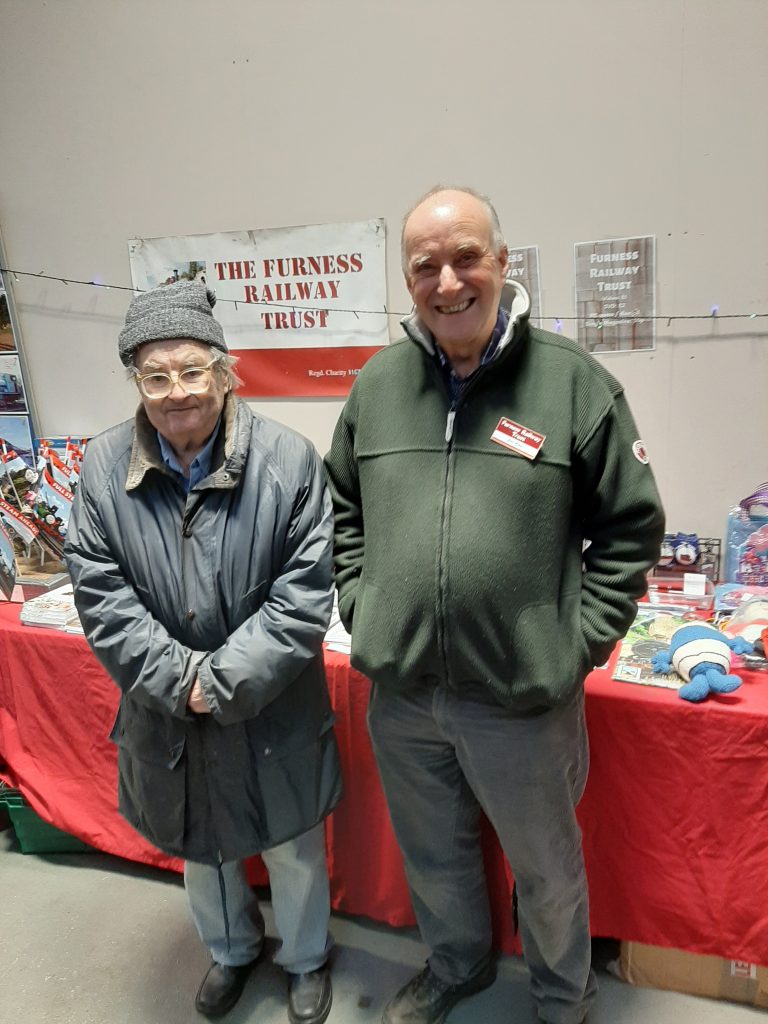 Jim is seen along with Derek, who made an appearance on Saturday.