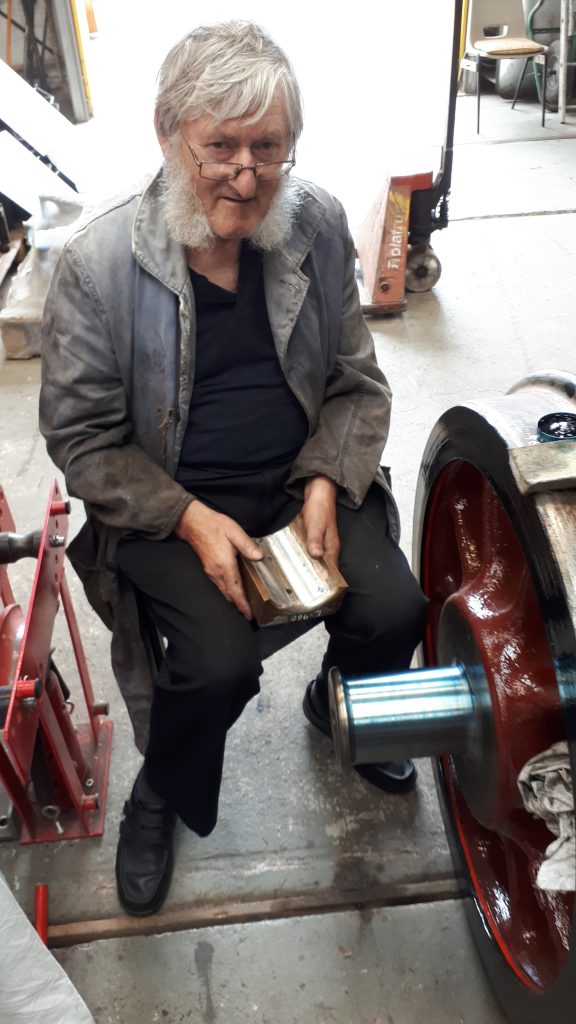 The overhaul of FR 20 continues to make steady progress with Alan working on the last of the newly white metalled bearings for the tender. 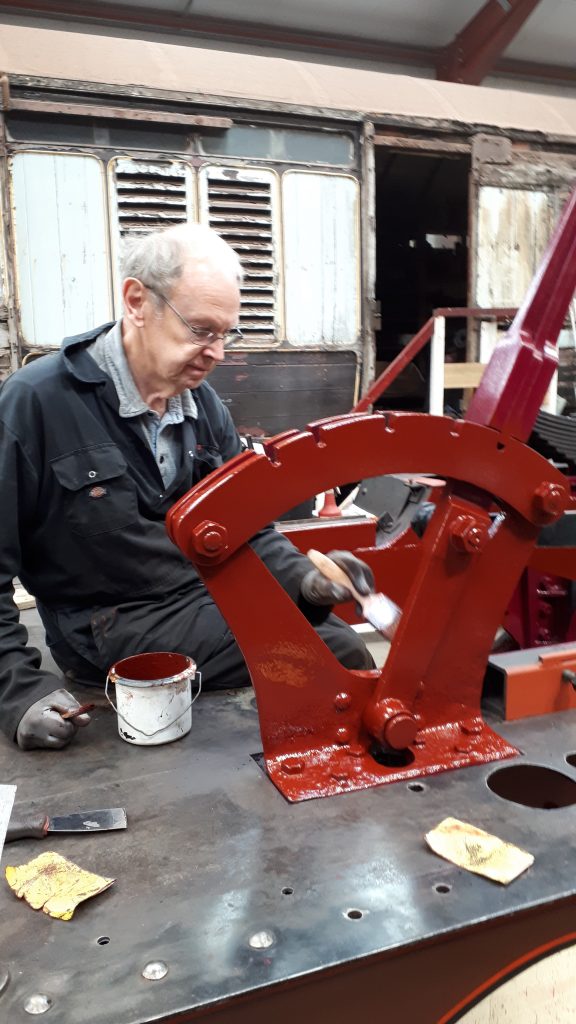 John Dixon and Tim have been busy putting gloss Indian Red paint on the frames, and undertaking further cleaning and painting of the wheels now that the engine has been moved a few yards further forward. 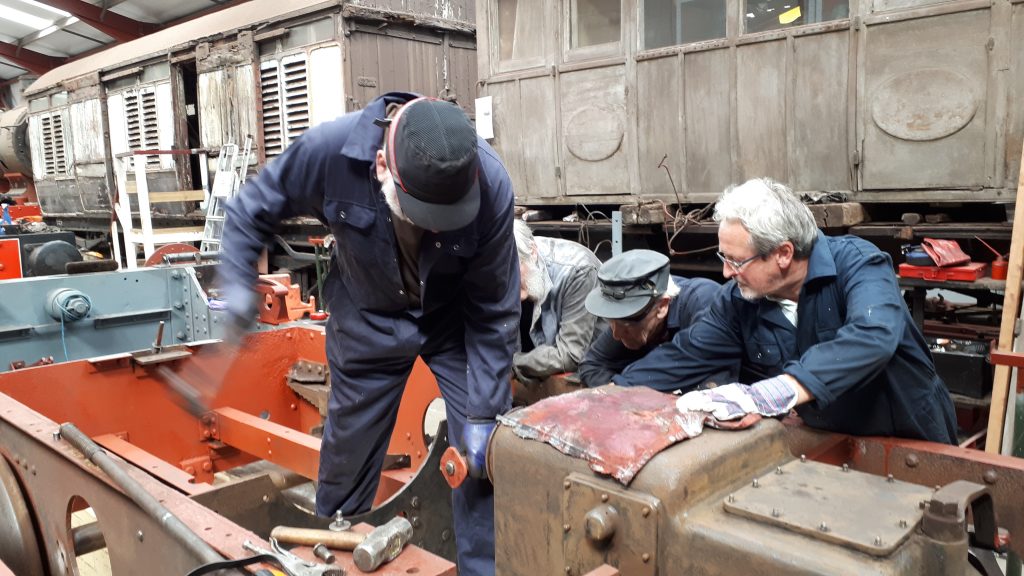 Work has also continued on Fluff where components are now being re-fitted. Phil Bell is seen here giving the loco a well aimed hammering under the watchful gaze of Alan, Howard and Paul Balshaw.

A jig has been made up to mount Fluff‘s engine which is seen here being lowered into place with assistance from Jim Hanmer and Alan Preston. 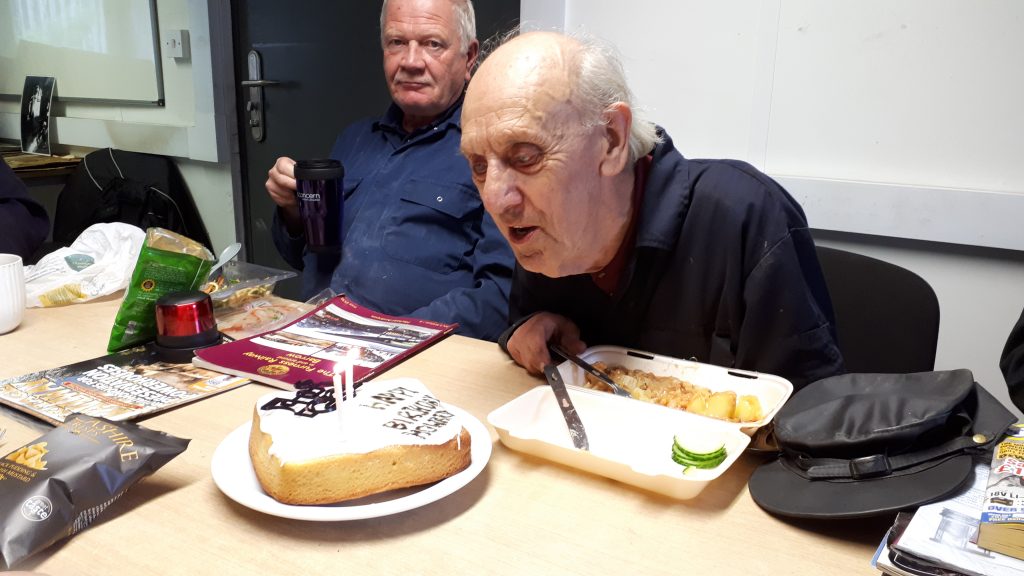 It was Howard’s birthday on Wednesday and he is seen blowing out the candles on his cake, made by Alison. 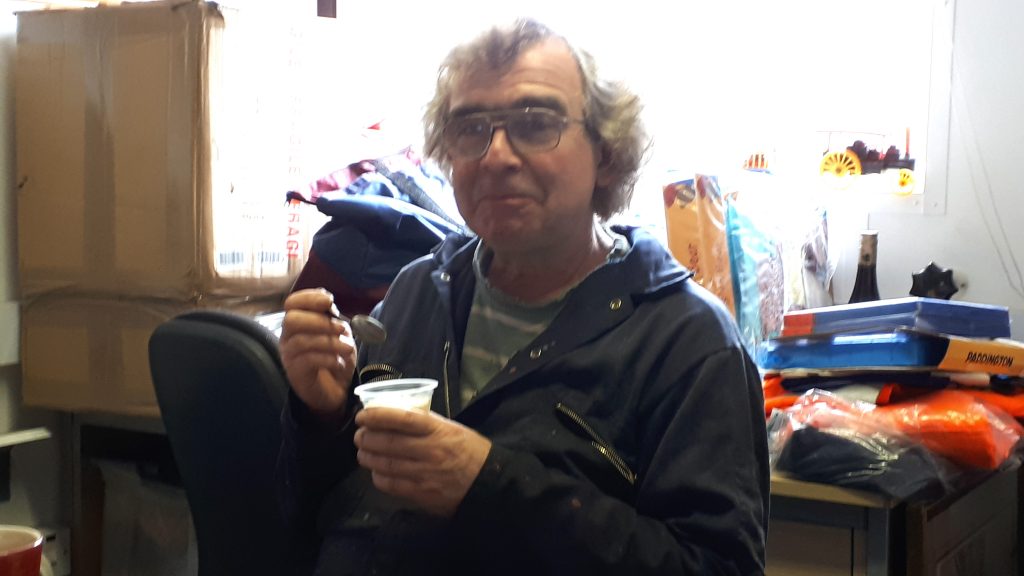 Ade enjoyed sampling one of the dozen trifles that Howard brought along to celebrate the occasion. 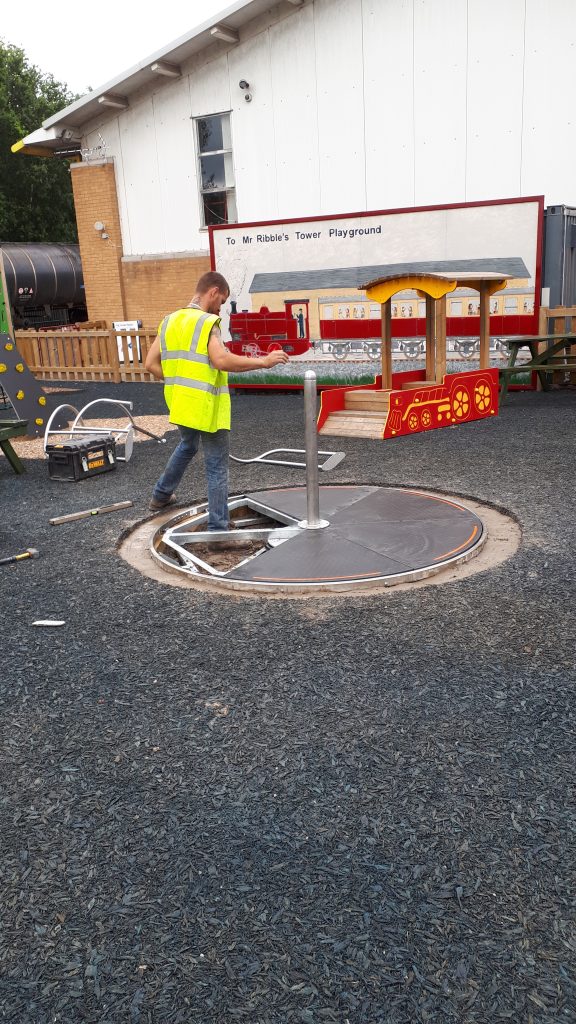 Alison thought that it was her birthday as well when she saw the new roundabout being installed in the children’s playground. 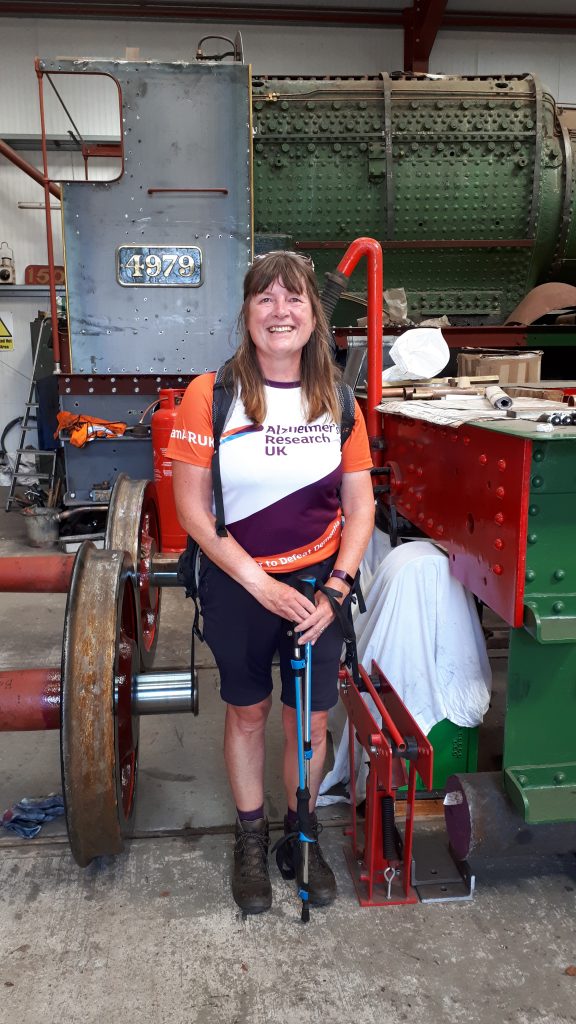 Fred turned up on Friday with a lady whom he and Bob had met during their  usual visit to the Take 5 cafe en route to the RSR. Karen Penny is walking around the coast of Britain and Ireland to raise money for Alzeimer’s Research UK and was delighted to be shown around the FRT shed. You can follow Karen’s journey on her Facebook site. 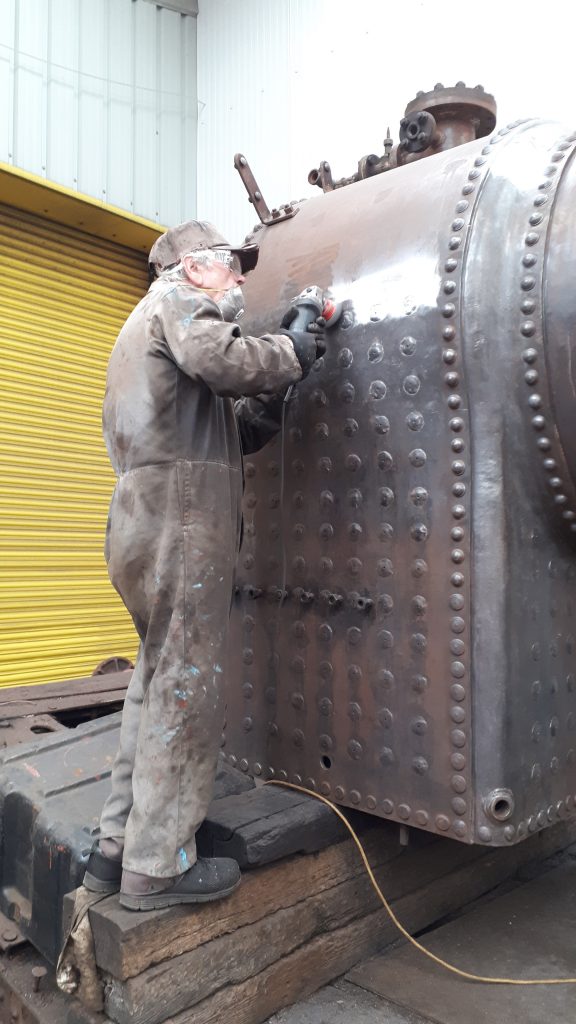 Fred then continued the task of cleaning FR 20’s boiler ready for painting. 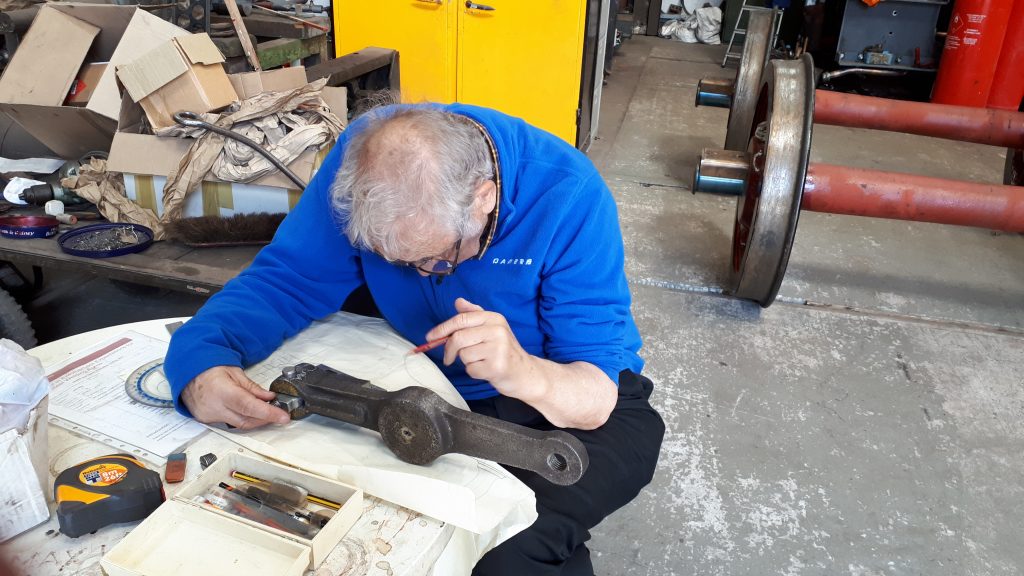