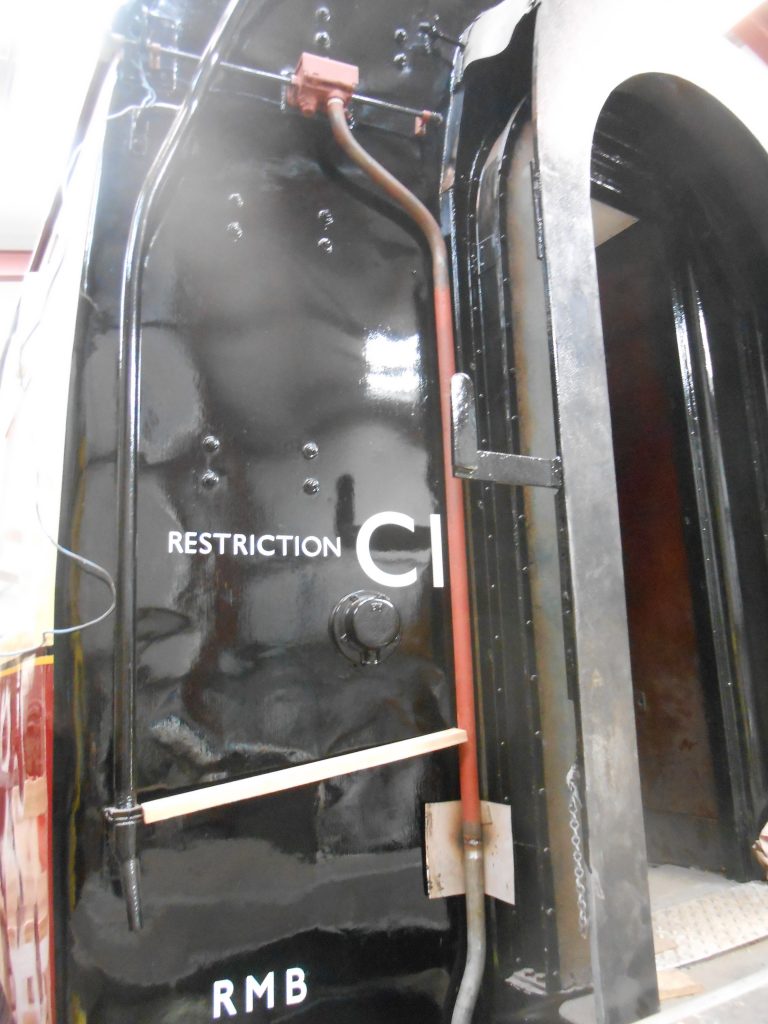 With Mike and Paul away on holiday it was left to John and Tim to continue with the work on the RMB. John discovered that, when lettering the west end of the RMB, Tim hadn’t left much room for the re-installation of the vacuum pipe that connects to the communication cord valve. That meant either re-lettering the end of the RMB or John making some adjustments to the pipe which, as a true gentleman, he did! Phew! 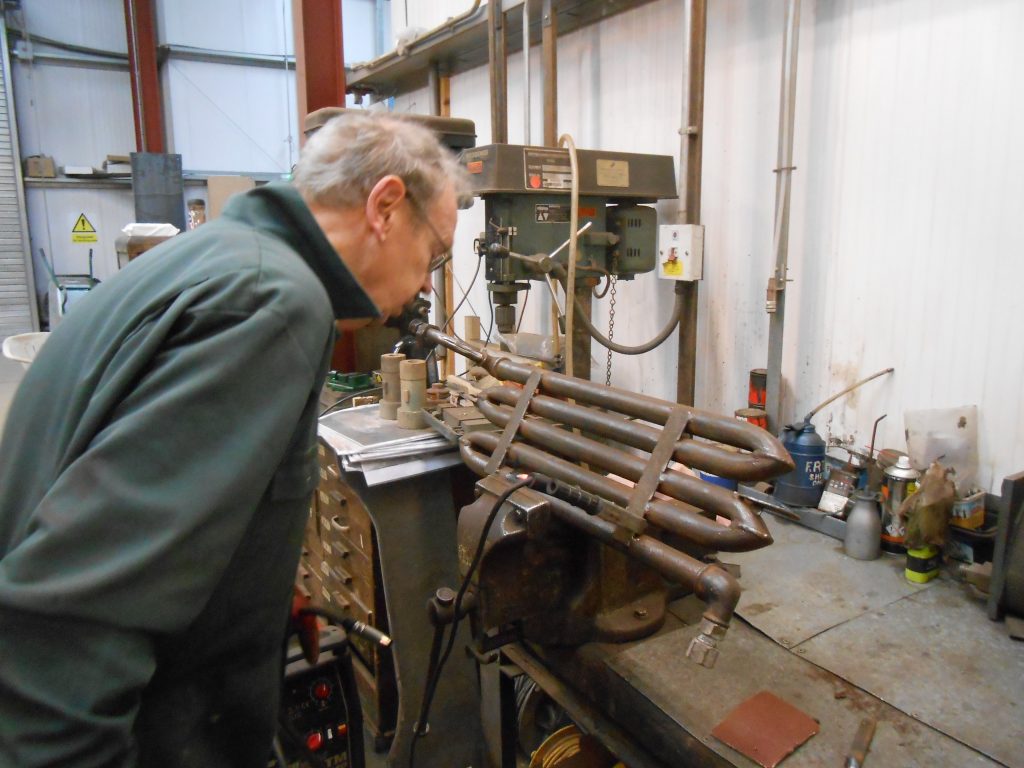 John also removed and repaired one of the toilet heater coils, which he is seen here inspecting. Meanwhile, at the other end of the RMB, Tim undercoated and then gloss coated the east end. Lettering and varnishing are still required when there is a break in the dust.

After hearing that we had made good use of the shelves that he had donated to the Trust, Michael Cook kindly arranged for the delivery of another set, which David promptly erected on Saturday. Thank you Michael – very much appreciated.

Adrian continued his assault on Caliban‘s frames with the needle gun and cup wire brush on Wednesday. 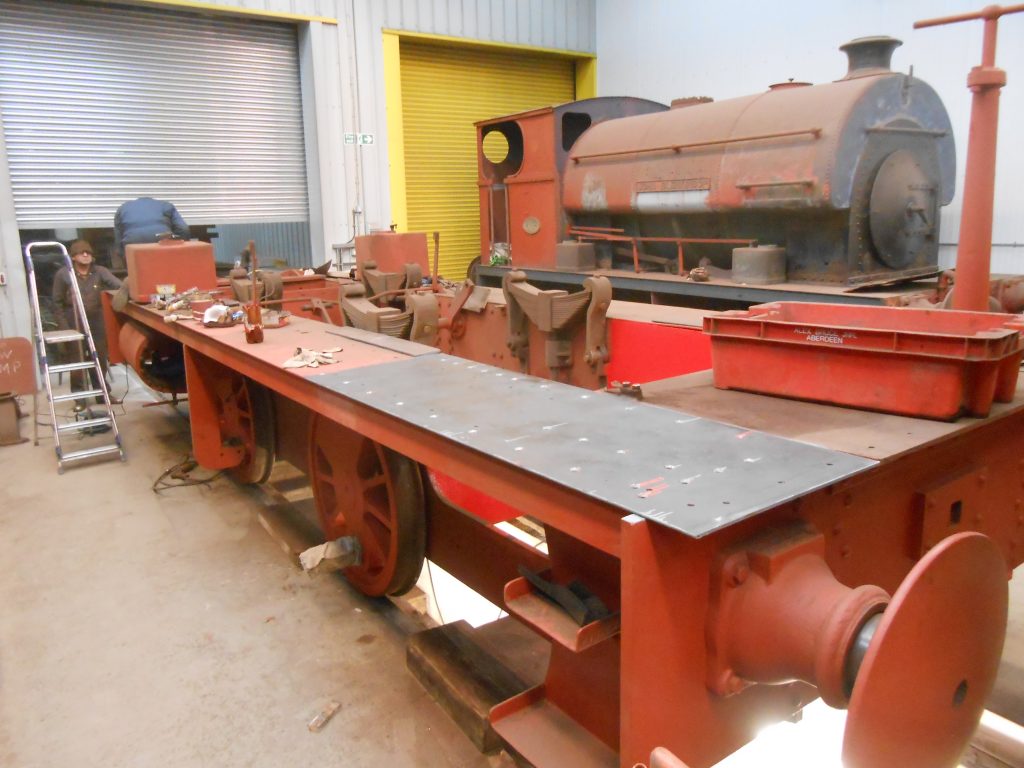 The new piece of running board, having received two coats of primer and undercoat underneath, was mounted on top of the frames. Alan then went on to remove another piece of plate.

George appeared on Friday and worked with Keith to place some of Wootton Hall‘s scrap metal in the newly provided waste skip outside the shed. 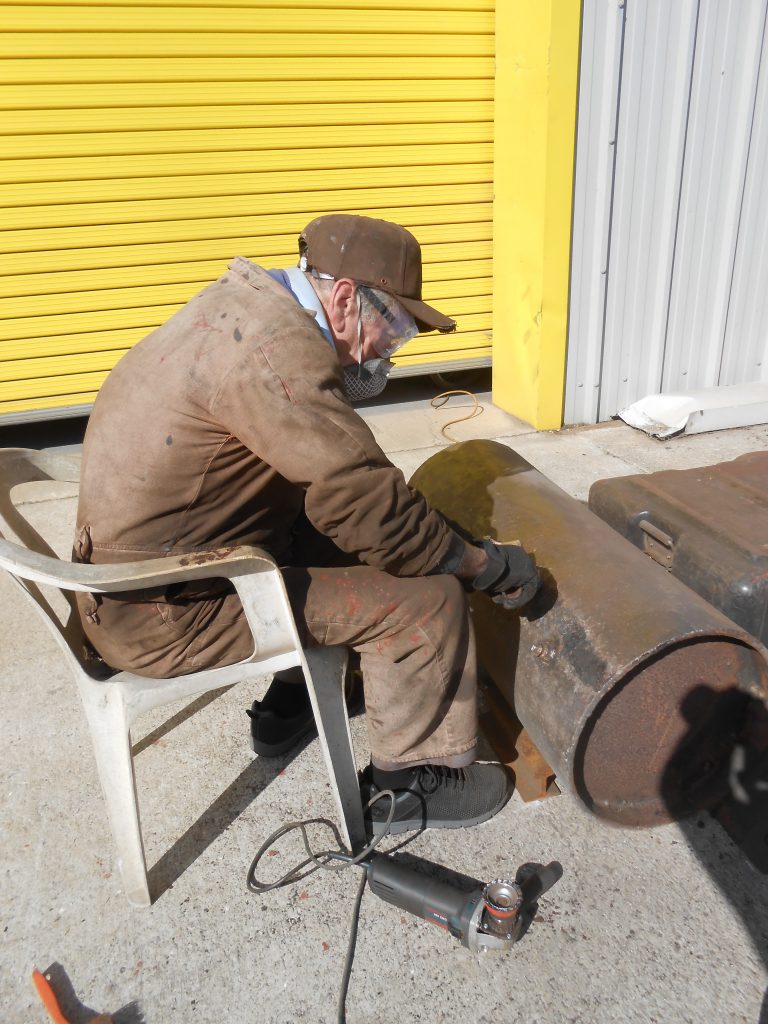 The task of procuring new components for the Trust can have unexpected repercussions. We’ve previously had Alan arriving home to find FR 20’s new cab spectacle plate outside his home in Blackpool, or David having to inform the driver of an articulated lorry that was trying to access his suburban road in Huyton that his delivery had been arranged to go to Appleby, not Huyton. So, this week we have the good news that the newly cast ejector ring for 5643 has now been delivered – the bad news is that the pallet load needs to be humped into the back of Tim’s estate car at Cark to be moved on down to Preston! Mrs O thought that it was all rather funny until she realised that she would need to give a hand with the lift! 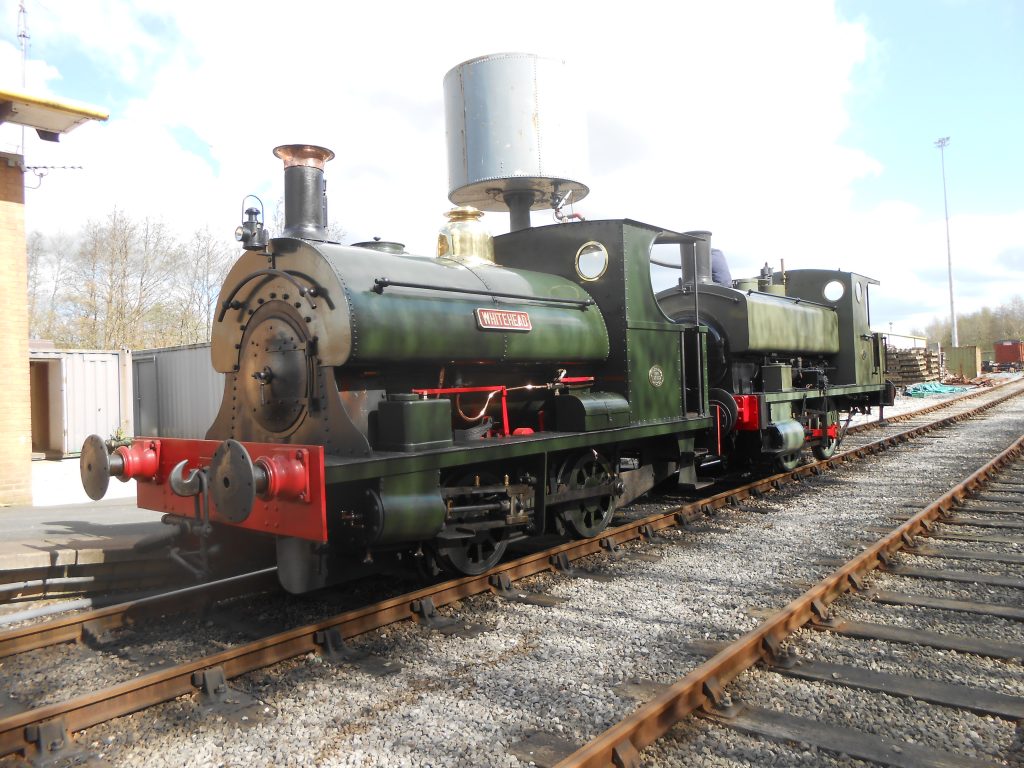 The RSR’s Steam Gala over last weekend was well patronised and saw the guest appearance of Peckett 0-4-0ST No. 1163 Whitehead from the Midland Railway Centre. Keith, Alan and Tim were in action on the locomotives, whilst Alison made some useful money with the sales stand and young Matthew provided some useful assistance to the Family Focus Group in the museum.

This next Saturday sees our fund-raising folk band Live Steam in action at Out Rawcliffe Village Hall in the wilds of North Fylde. Will they ever make it to the Albert Hall?! Another practice is being held at Cark on Wednesday evening, although it maybe preceded by a weight lifting session (see above).

Finally another reminder that the final Preston Branch meeting of this season will take place at 8 pm on Tuesday evening, 11th April, at The Ale Emporium, Preston. Archive steam video will be screened.