Just a short update this week. Projects continue to tick along but still with some way to go to the finishing line for any of them! 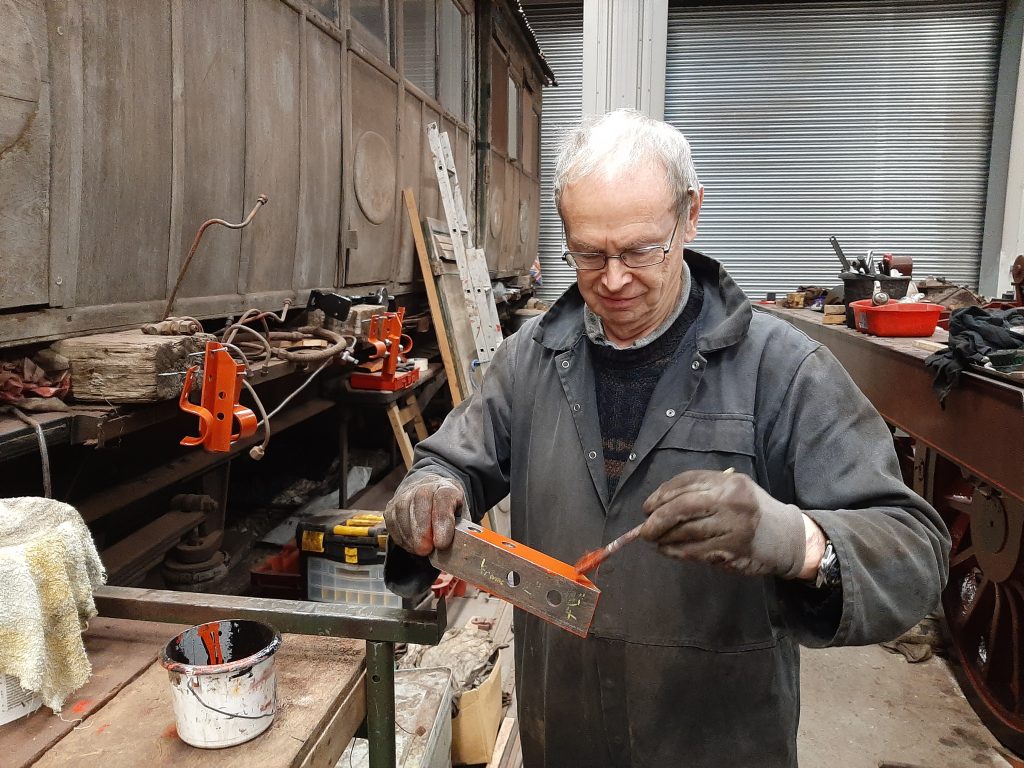 John Dixon has continued his quest to up-rate the quality of the vacuum system fixing brackets on FR 20, having now remade all of them from scratch from steel off-cuts. They are now in the process of being painted. 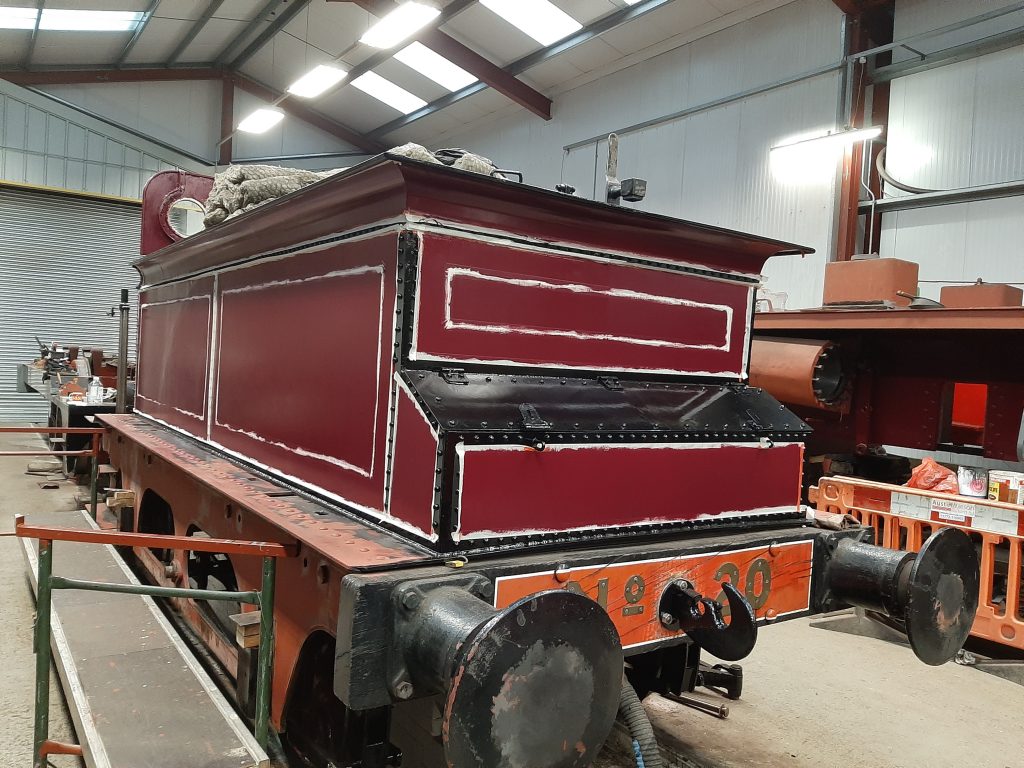 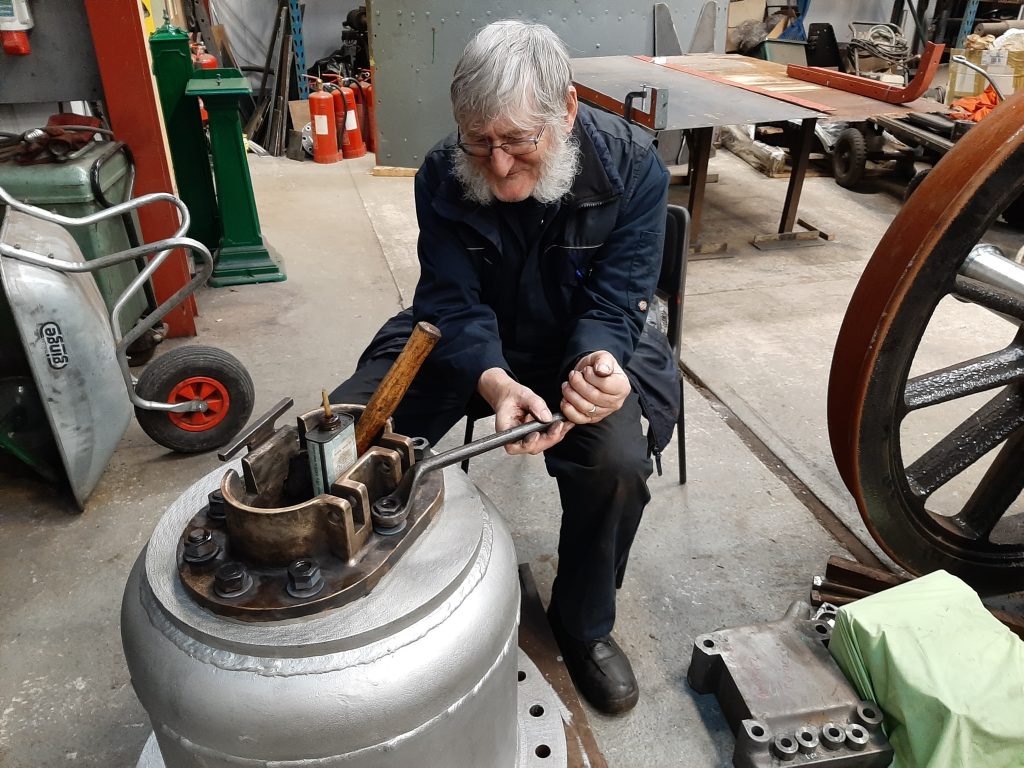 Alan has continued the task of  preparing FR 20’s boiler for a hydraulic test and is seen here removing the brass safety valve casting from the top of the dome.

Ade has been working on Caliban‘s axleboxes and there has been further progress on Fluff. 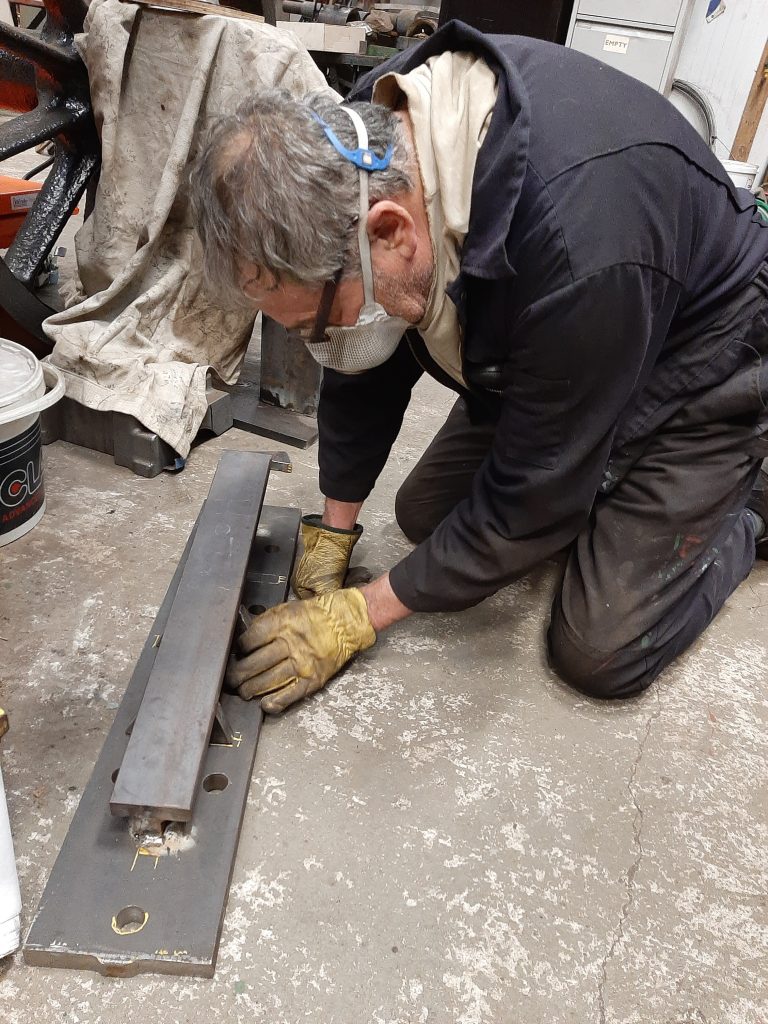 Keith has been welding up the new pipe which stretches from Wootton Hall‘s four cone ejector to the smokebox and he has also been preparing the new screw reverse baseplate for welding by Ian Massey.

Finally, the proof copy of The Iron Horse magazine has now been read and corrected so the magazines will probably be with us later this week for posting out to members.