Breaking news this week is that 5643 is heading off from Embsay down to Norfolk as a late substitute in the line up for the North Norfolk Railway’s Spring Steam Gala on the 21st, 22nd and 23rd April. Although the move was first mooted last Wednesday, it depended on the Embsay & Bolton Abbey Steam Railway completing repairs to ‘Austerity’ 0-6-0ST Norman, which was eventually achieved to their satisfaction yesterday, Sunday, at which point a contract signed by both the FRT and the NNR was exchanged. The holiday by the seaside is only planned to be short as 5643 is due to be back in action at Embsay over the May Day Bank Holiday weekend. Alan reports that 5643 seemed in good form on Saturday when, on the last train, it hauled eight carriages and a dead Class 37 (we’re used to them on the Furness Line!) to Bolton Abbey.

Last Tuesday saw the last gathering of the season at The Ale Emporium for the Preston Branch meeting when some video of the Great Central Railway was viewed.

The usual gathering at Preston on Wednesday took place although Mike and Paul decided to spend some time away at the seaside (Southport) on the pretext of getting some gear to cast a new plate for the gas cover on the RMB. We will no doubt see the result of their efforts in the next week or so. 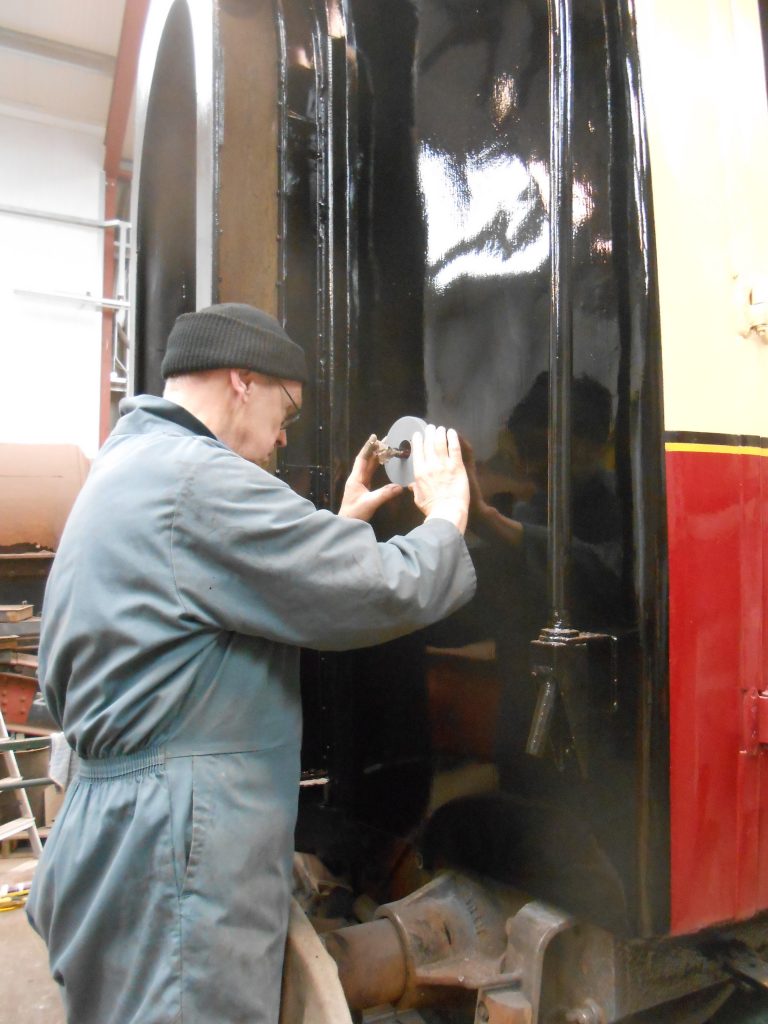 Meanwhile, John continued to reassemble the communication cord equipment on the RMB and affix the lighting connectors and dimension plates. Mike came in on Friday to follow up John’s work by re-installing some more panelling in the south side toilet after the communication cord chain had been reaffixed. The interior of the coach continues to be cleared of equipment, which is being stored on Mike Cook’s new shelves in the first class North London Railway coach body. This will make it easier to re-install the remainder of the interior panelling and to clean the seats.

Adrian continued his work on Wednesday to rid Caliban‘s frames of rust and flaking paint. With Alan having a day off, Adrian was in full Vesuvius mode in terms of dust. He must surely be getting closer to finishing this task. 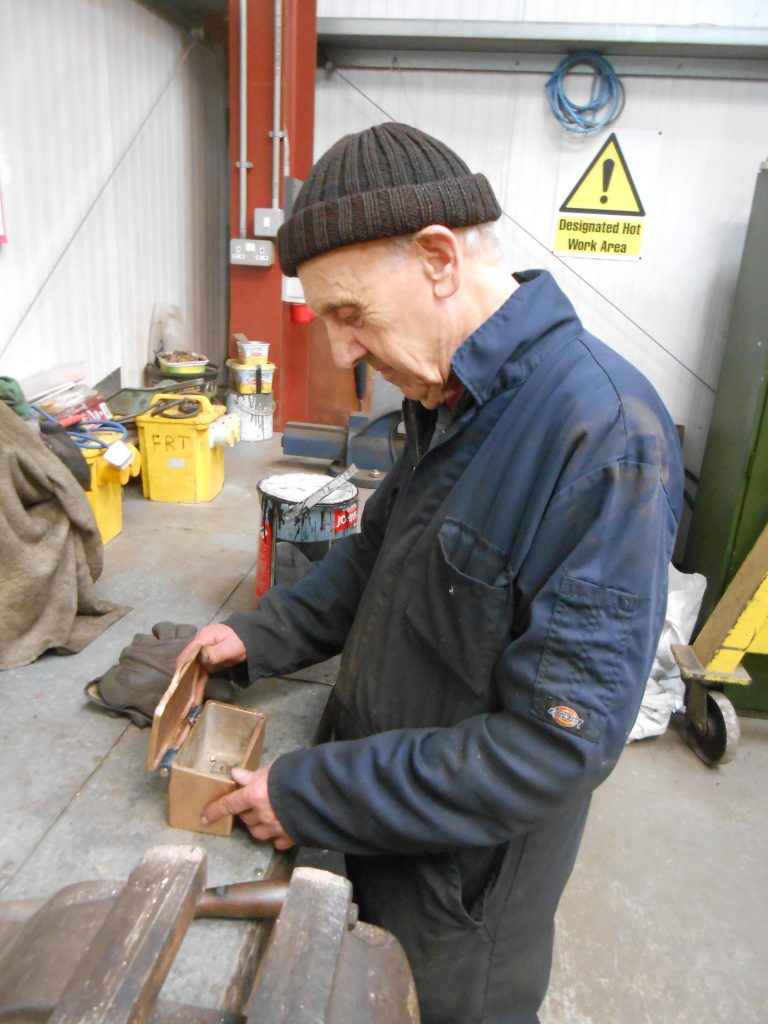 Talking of which, Howard is on the finishing straight in machining and fitting the hinge pins on the new lubrication pots for Caliban. 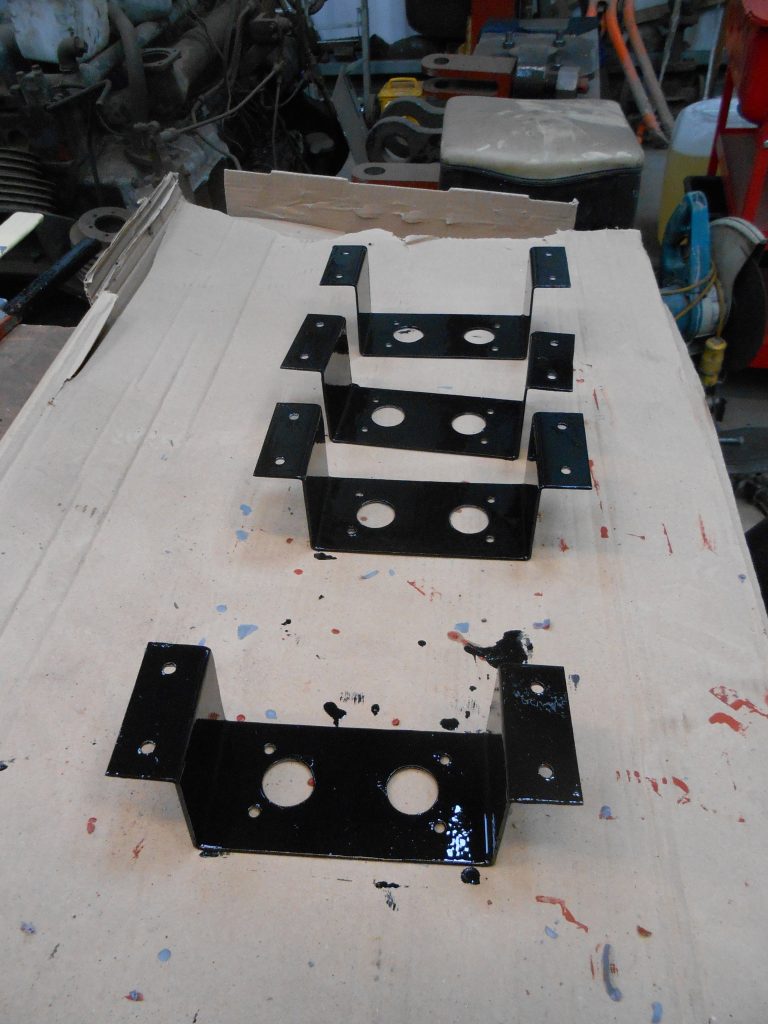 Work on Wootton Hall has continued with various components receiving paint after having been dismantled by Keith and cleaned up by Fred and Roger – a gleaming vacuum reservoir is seen here. 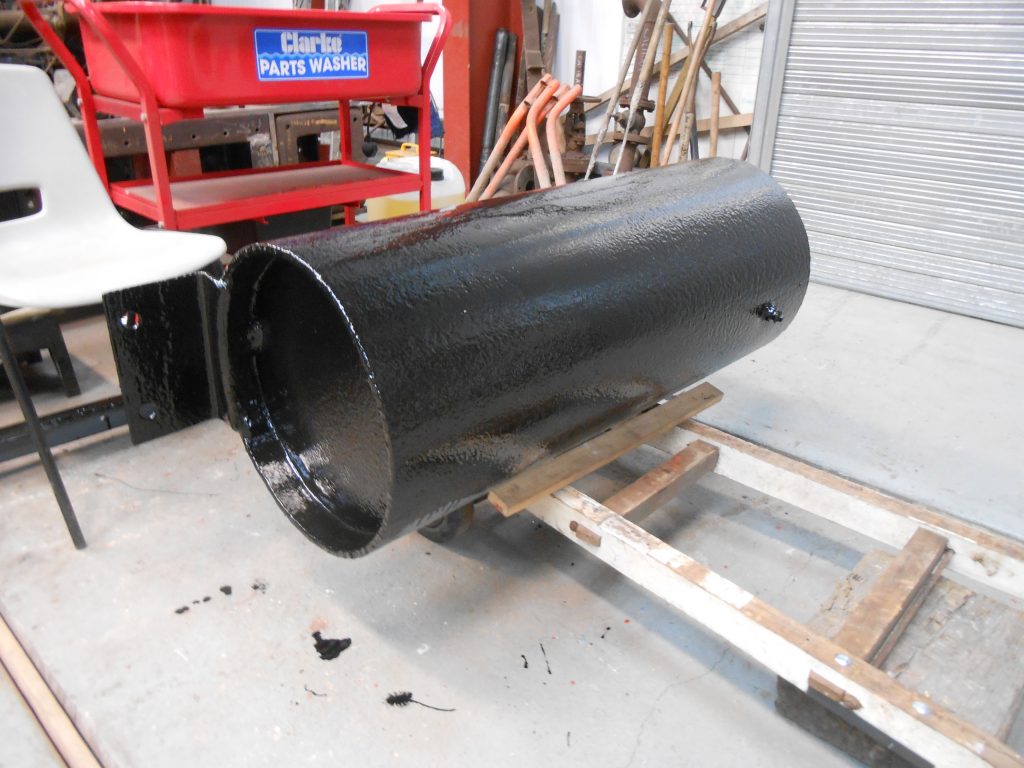 Keith also brought in one of Wootton Hall‘s nameplates on Friday for Derek to film as part of continuing documentary on the restoration of the loco. 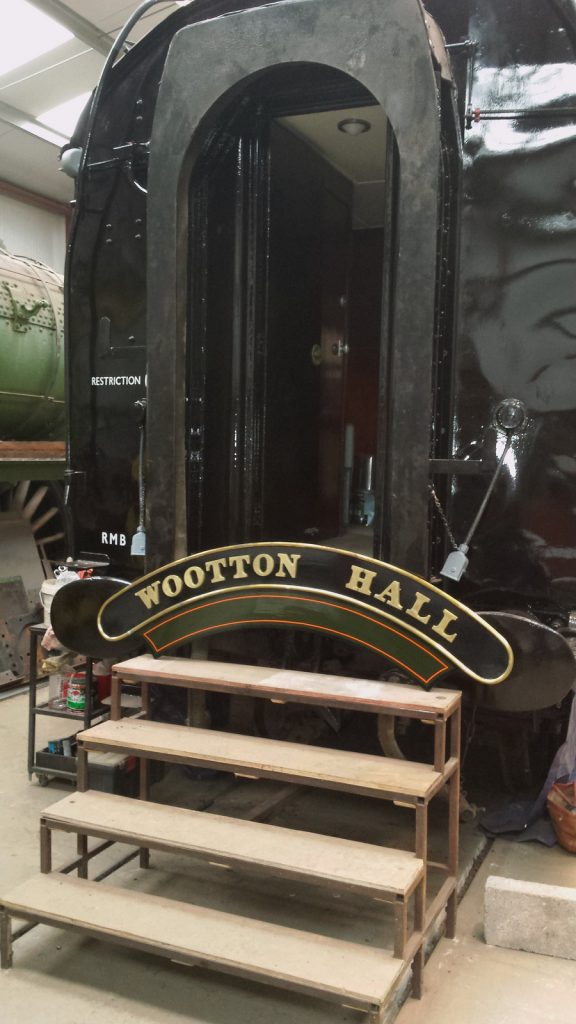 It is seen here with the RMB, which seems to have been temporarily named for the occasion! 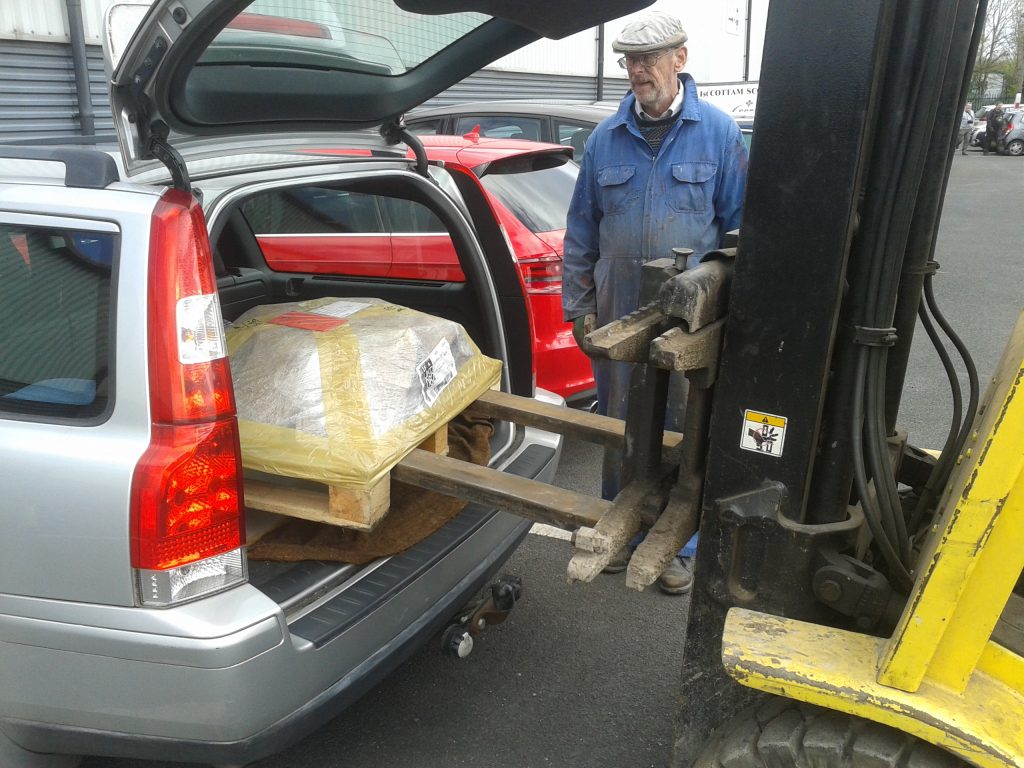 Tim finally managed to bring the  casting for 5643’s new ejector ring down to Preston on Saturday, having coerced Neil into giving him a lift with getting it into the back of his car. It was removed at Preston by Keith in far simpler fashion with the aid of one of the fork lift trucks!