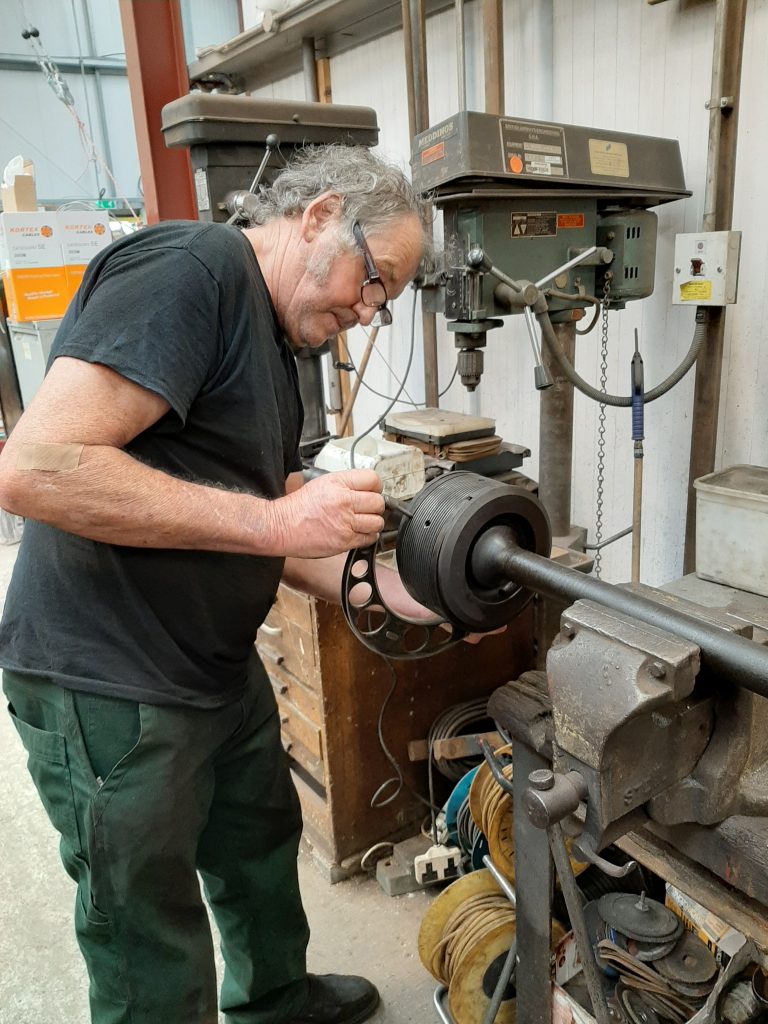 The maintenance work on 5643 has continued with the valves now removed for cleaning. Keith has been measuring them to ensure that they are still a good fit with the valve liners. 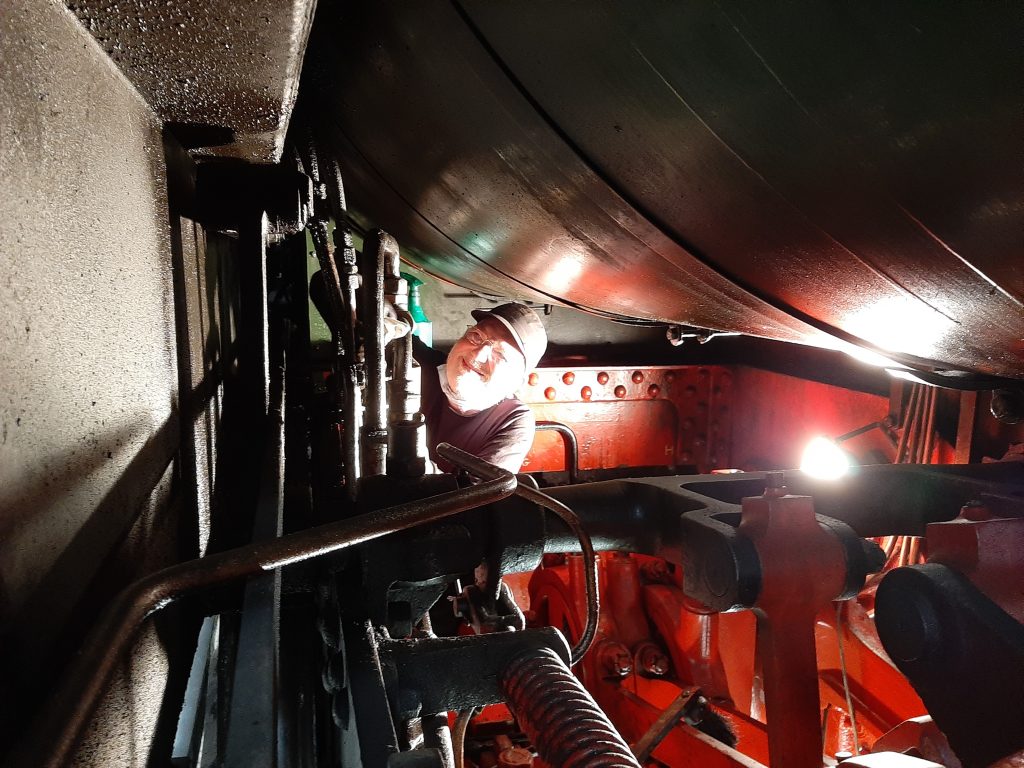 Elsewhere the less glamorous work of cleaning has made more headway with Phil Bell trying to get to the far distant parts in the motion. 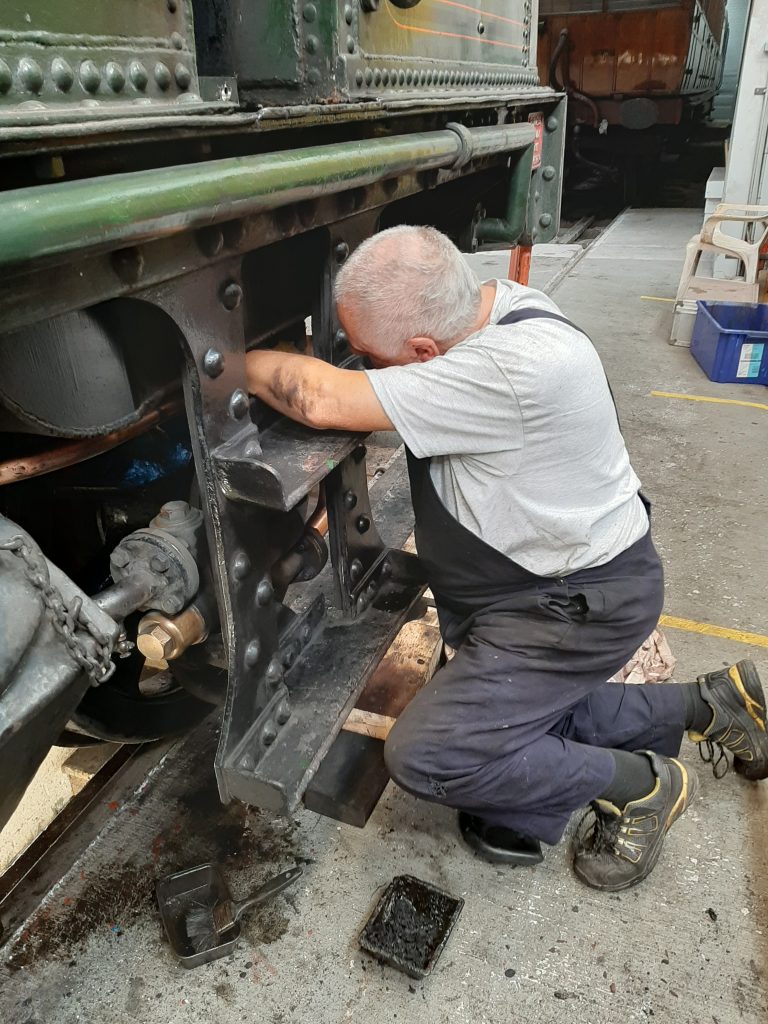 John Davis also found himself doing some cleaning, probably wishing he hadn’t chosen to wear such a light-coloured T shirt! 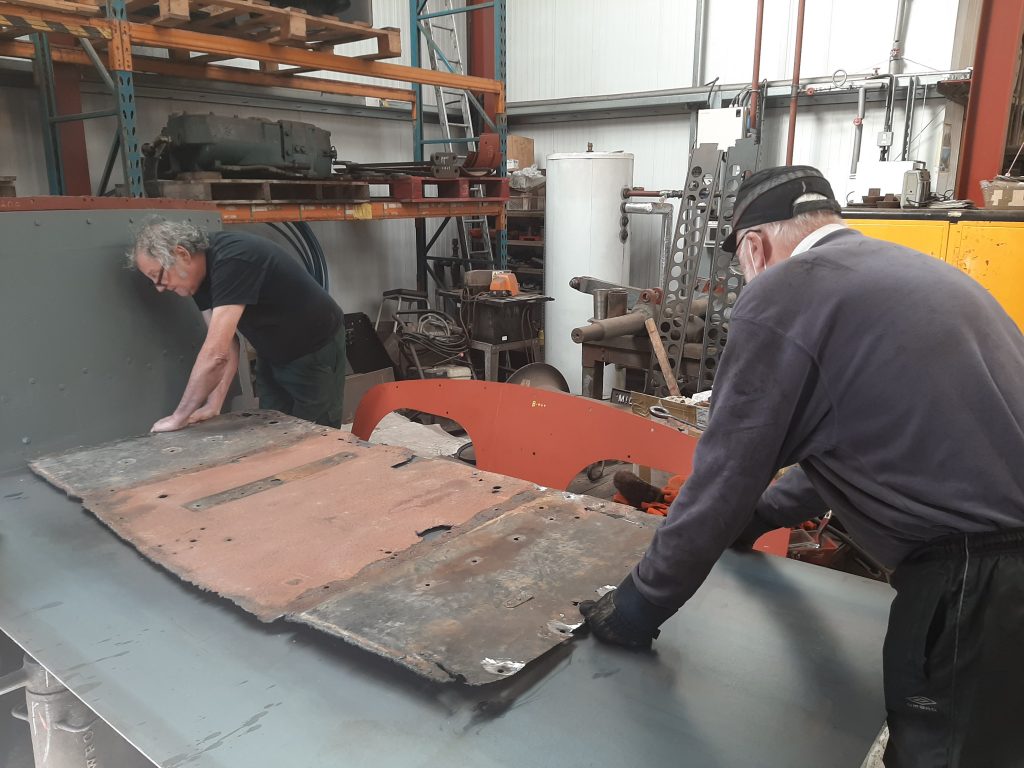 Whilst Fluff has temporarily been banished to the unheated part of the FRT shed during 5643’s stay, the little diesel hasn’t been forgotten and Keith and Phil are seen preparing to cut a new piece of steel to replace this old rather moth-eaten relic. 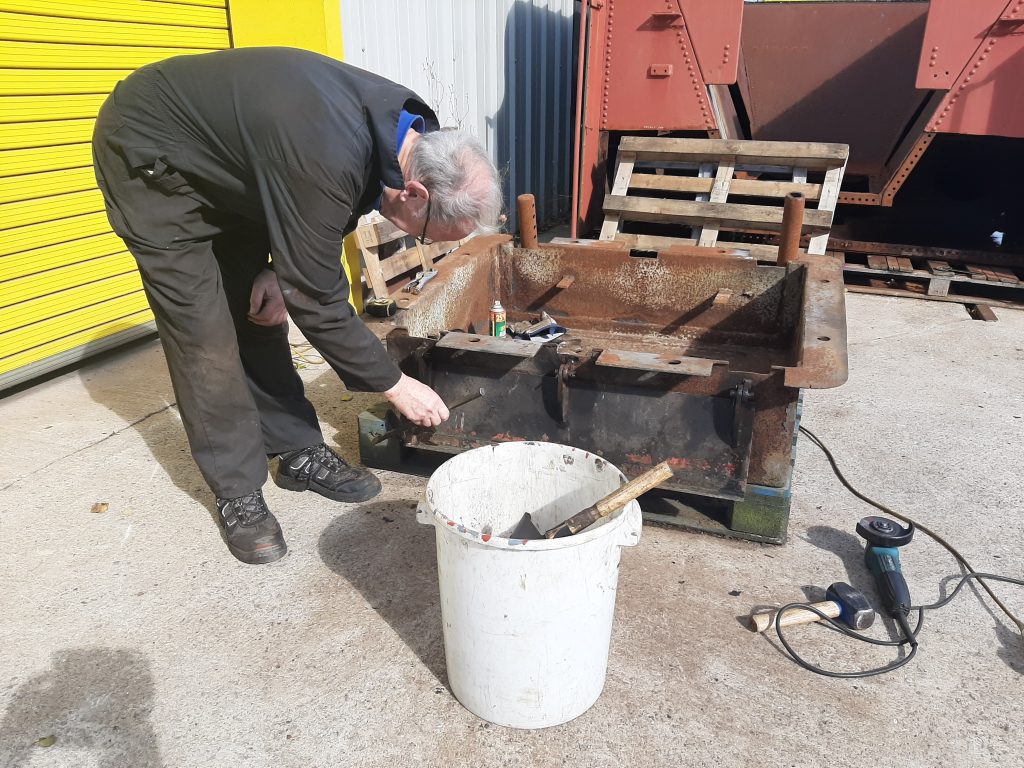 The weather last Friday was pretty good so John Dixon took the opportunity to clean out FR 20’s ashpan prior to giving it a new coat of paint. 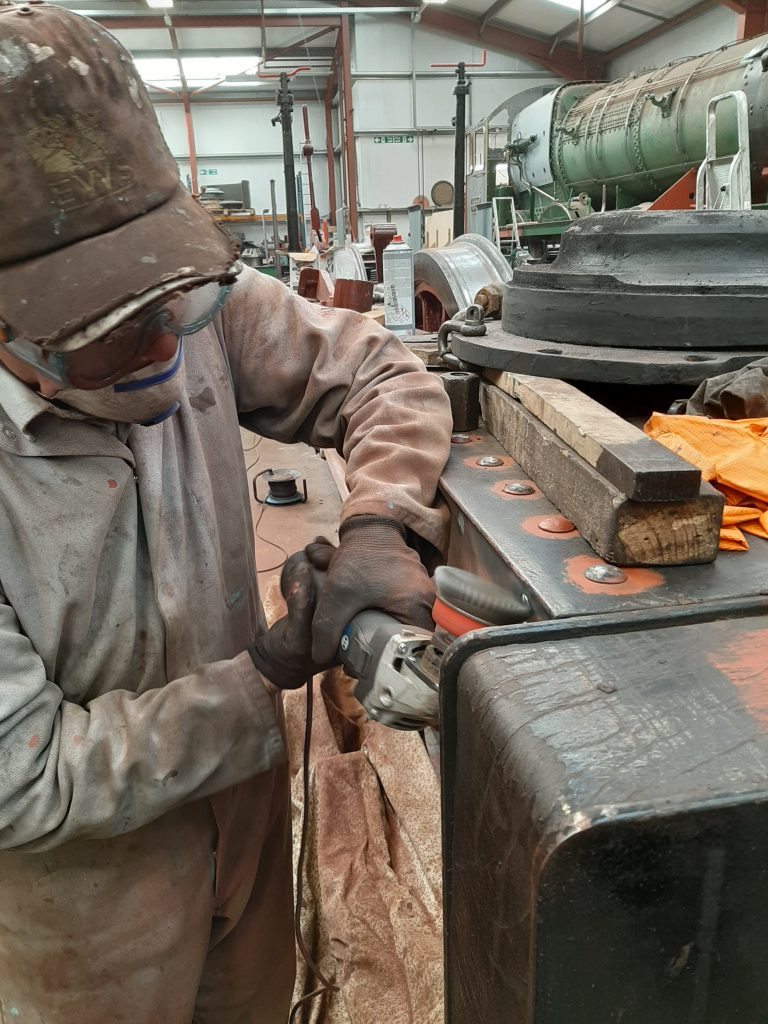 Ade, Keith and Tim had the chance on Saturday to reacquaint themselves with the controls of steam locomotive Courageous as the Ribble Steam Railway ran some proving trains which were also used to recertify train crew in anticipation of operating some train services in October. The day also saw the introduction of temperature testing of volunteers in order to reduce the risk of transmission of Covid-19. There was general approval of this initiative by FRT volunteers last Friday and so the FRT has acquired a similar testing device which will be brought into use this week.