As readers will recall, Furness Railway No. 20’s boiler passed its out of frames steam test last Monday. During the course of that day it was apparent that there would be a small window of opportunity to unite the boiler with the loco’s frames using the RSR’s overhead crane two days later on Wednesday. This would be a win-win deal as the lowmac on which FR 20’s boiler was resting could then be used straight away for Walkden‘s boiler. The following photos tell the tale: 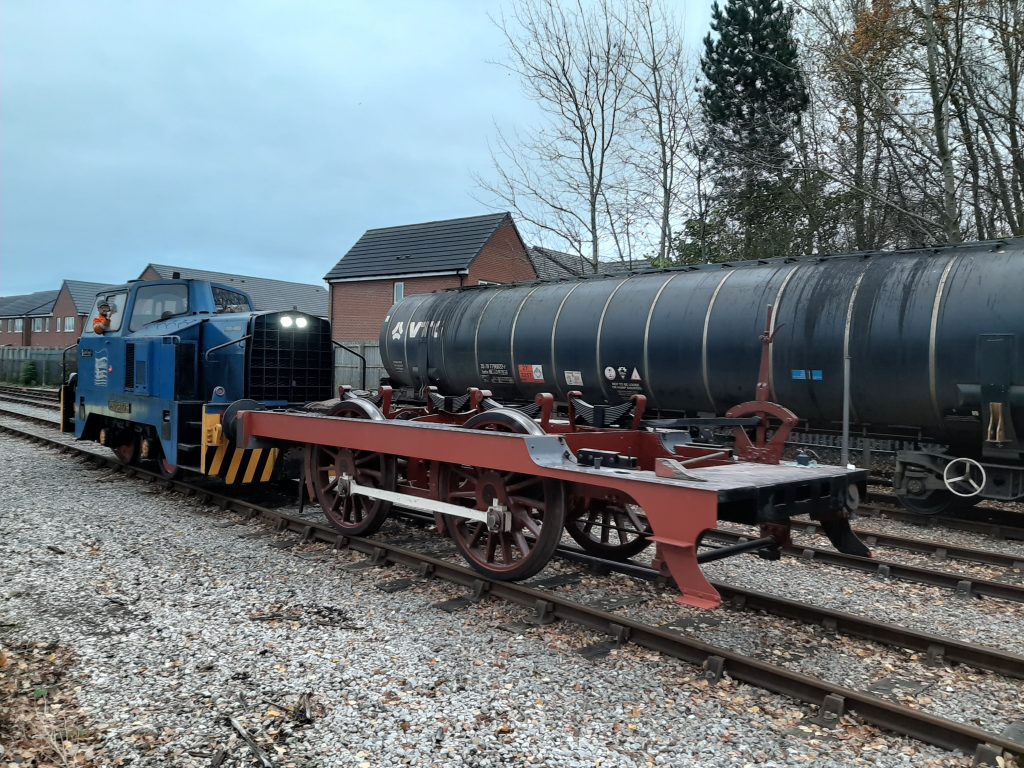 The first job was to empty the RSR’s shed road and then for Sentinel Progress to bring FR 20’s frames around from the FRT shed. 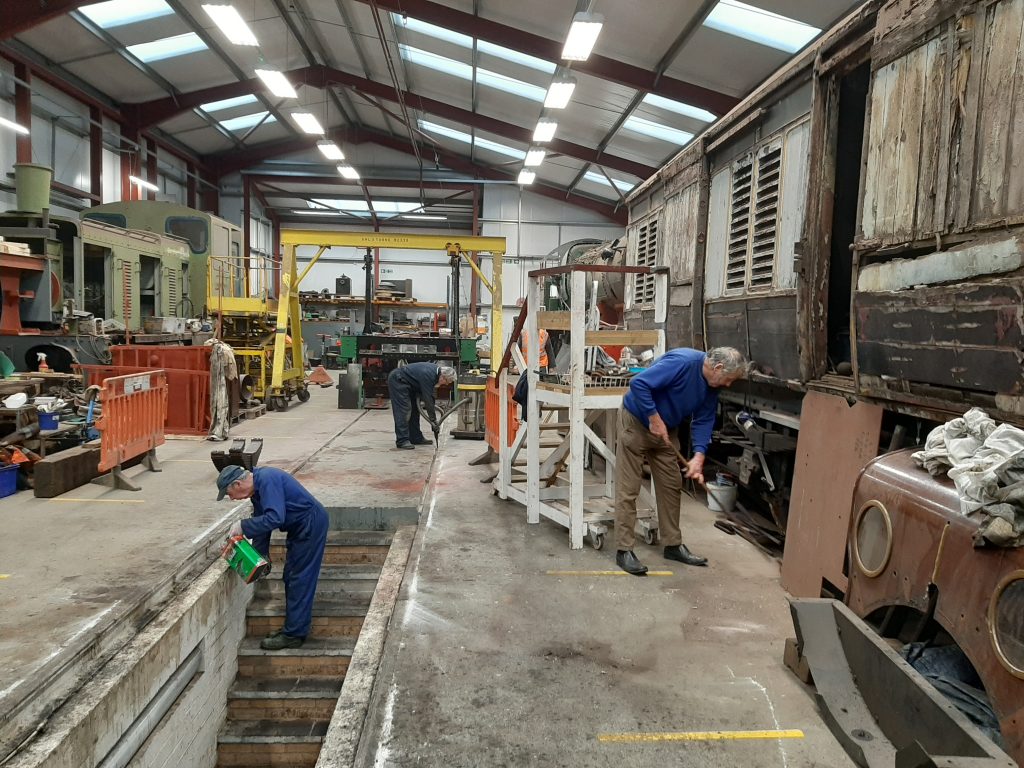 This, incidentally, left the FRT’s pit entirely clear for a clean up to commence. 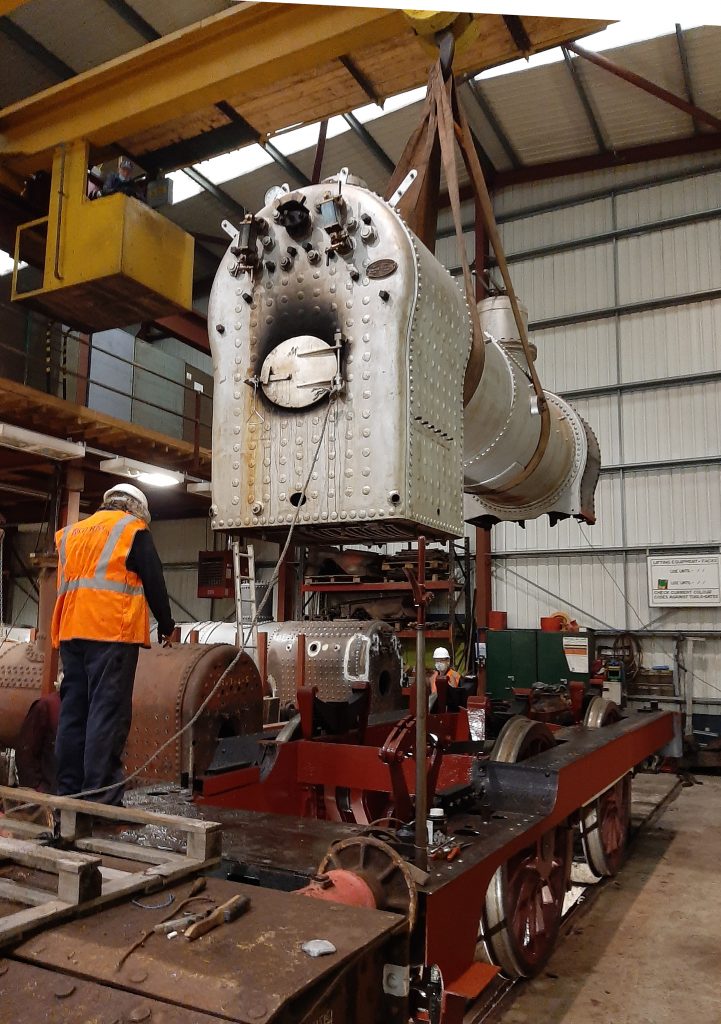 With Ade as banksman, the boiler was lifted off the lowmac and is seen hanging above the frames in the RSR workshop. 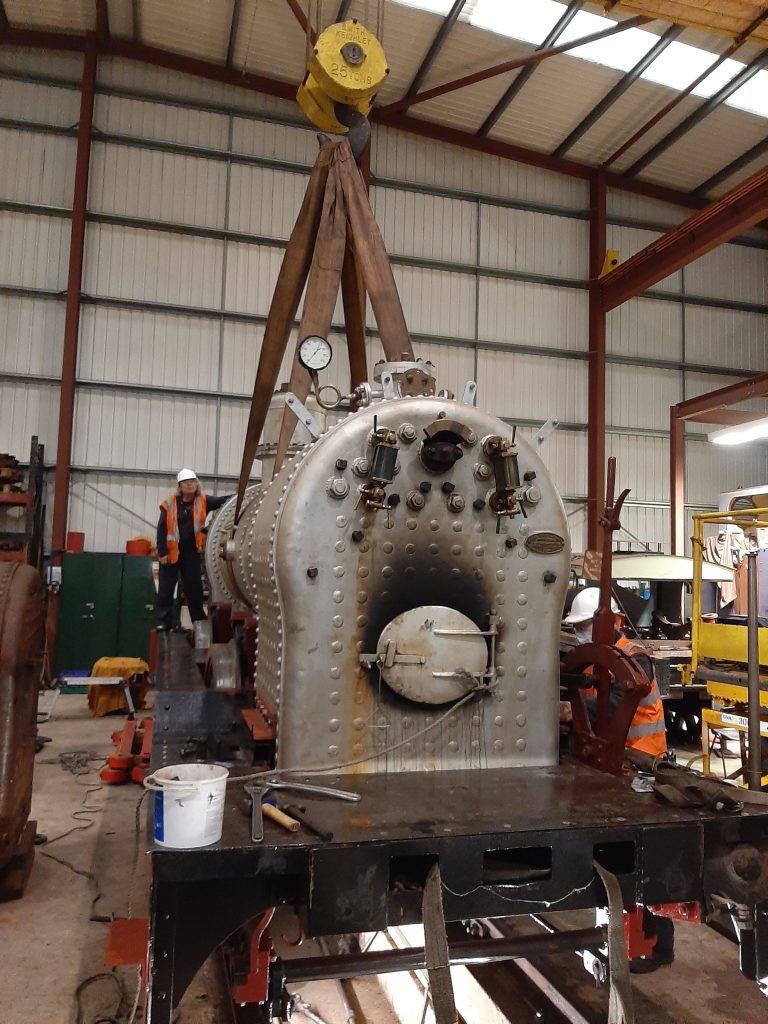 After some tweaking of the front right bottom of the smokebox, which had splayed out very slightly, the boiler was successfully reunited with the frames. 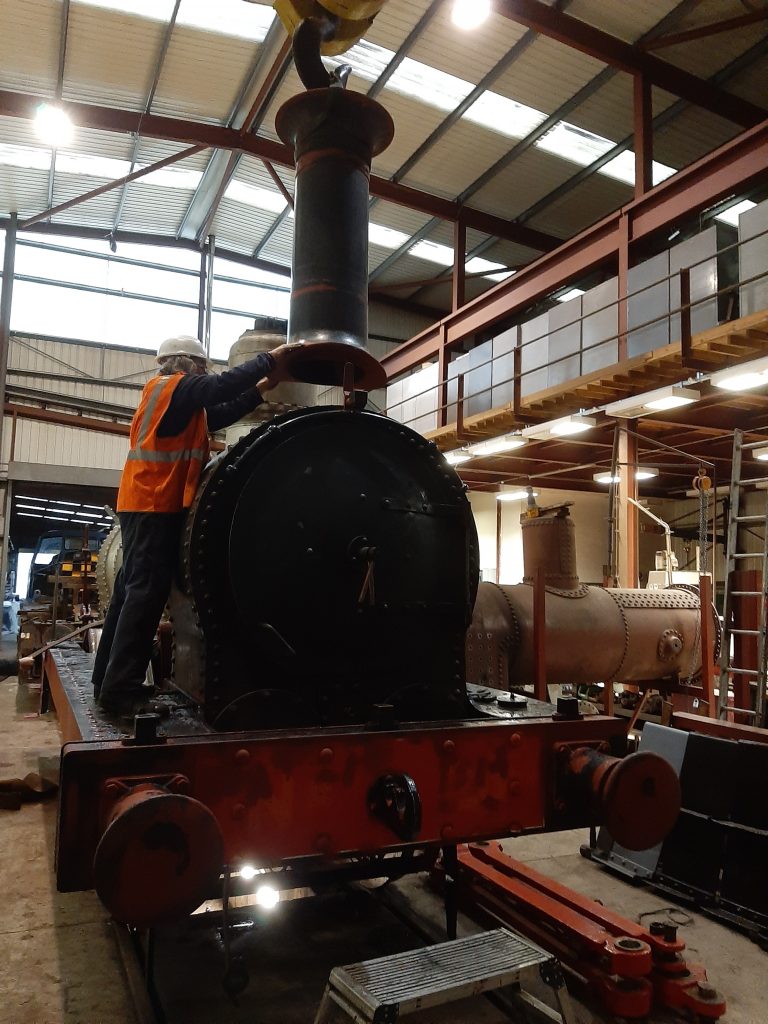 An added bonus was the chance to re-fit the chimney which Keith had thoughtfully extracted from the depths of the FRT shed. 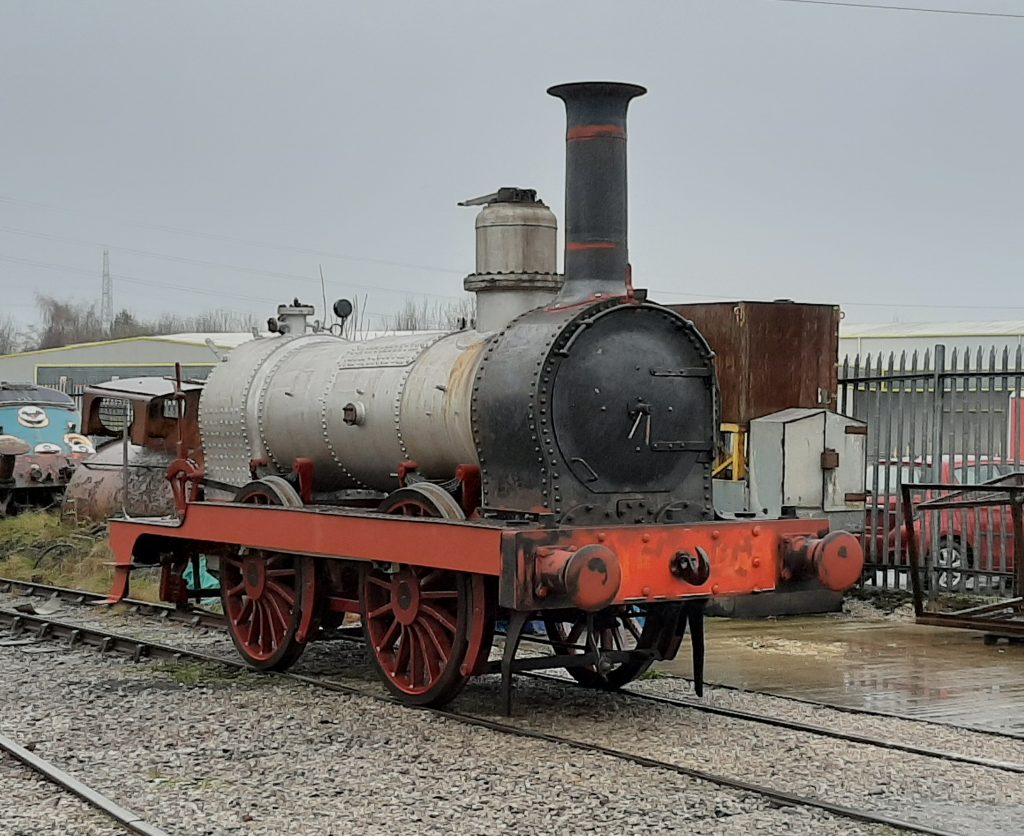 The new combo was then shunted outside ready for despatch to the FRT shed. 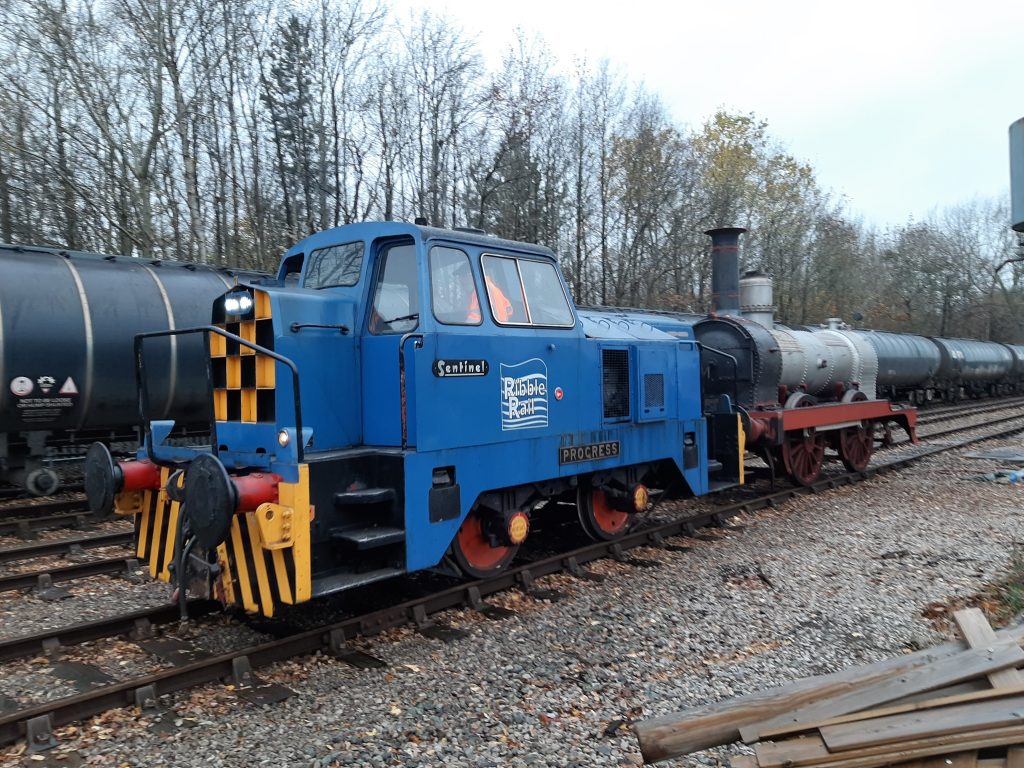 Progress again did the honours. 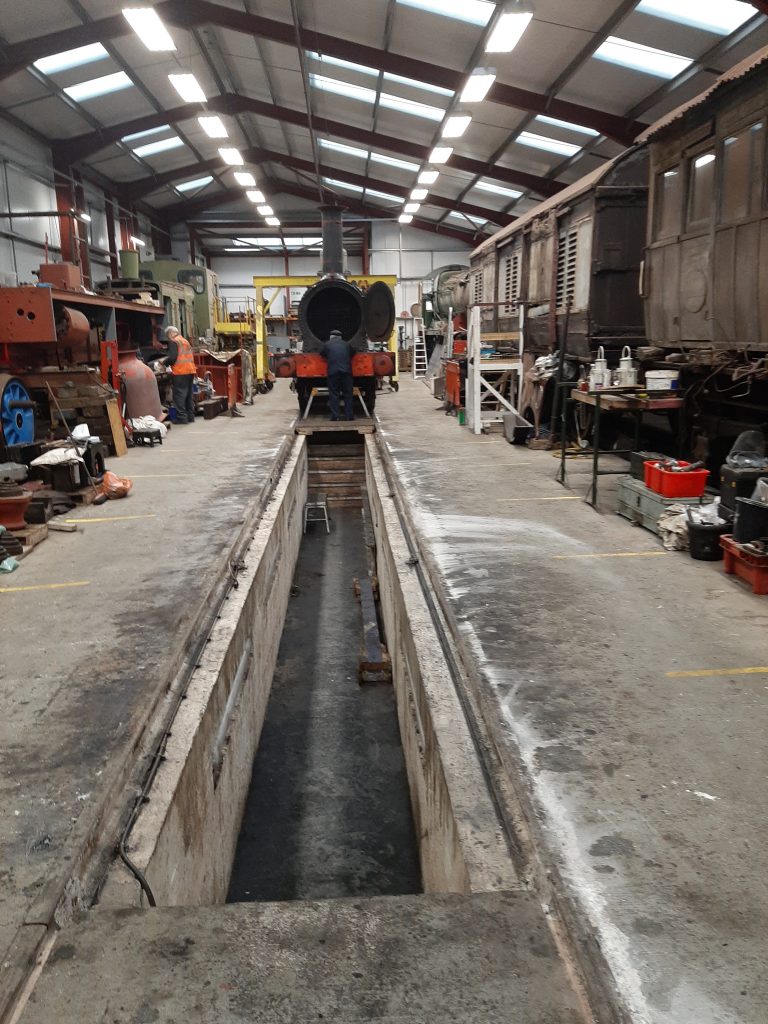 FR 20 was duly parked back in the FRT shed before 15.00 and, with assistance from Ade and Tim, Walkden‘s boiler was put in place on the lowmac ready for its own journey towards hydraulic and steam tests.

Finally, in other news, Cumbria has undertaken a pre-Santa test train at Embsay and Keith has been to Bury last Thursday and also today to assist with 5643’s preparation for service there.