A shorter blog this week as attendances at Preston have been lower than usual with a bout of absenteeism due to sickness, home decoration and visits away.

However, progress was made on the RMB where David had removed more of the old lino and John, having finished repairing the door entrances, was coerced into lending a hand with (or taking charge of!) the laying of the new lino. 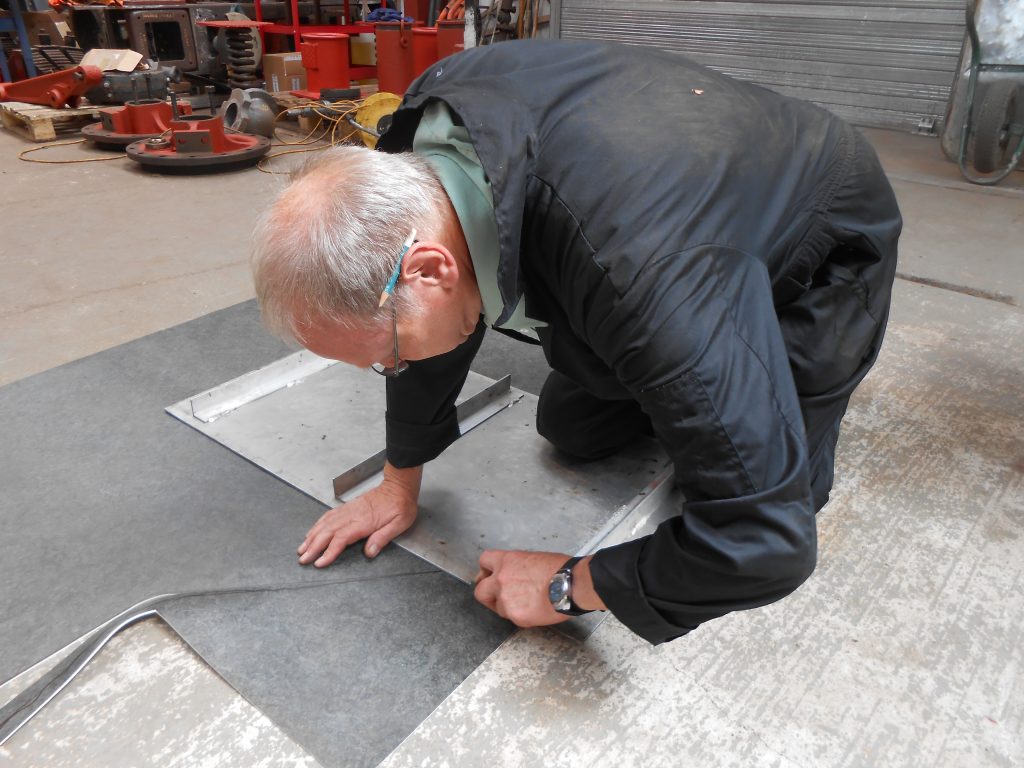 There was much measuring and double checking of measurements on Wednesday and Friday as the lino was cut and it is hoped to be able to glue some of it down permanently this next week. Re-instatement of the panelling in the servery area has had to take a back seat during Mike’s absence but no doubt its time will come.

Elsewhere progress on Wootton Hall has been thwarted by Keith’s sickness, although Matt made an appearance of Saturday to shatter the peace. 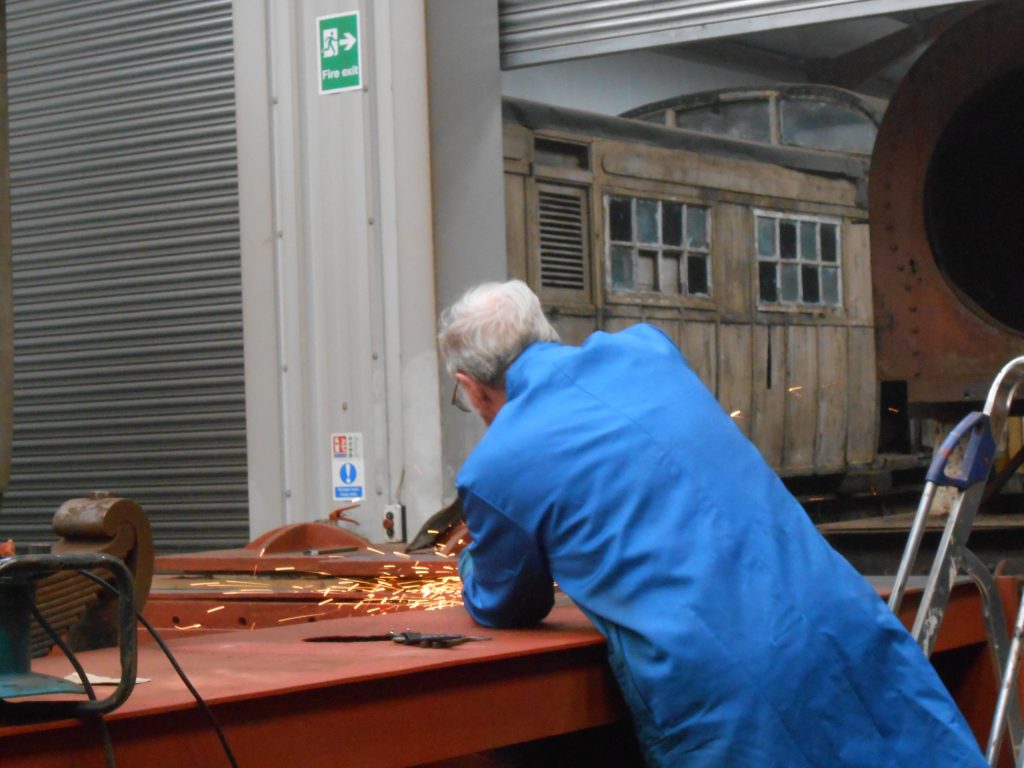 Adrian had a quiet day under Caliban with the paintbrush on Wednesday whilst Alan and John H continued their work on the running board repairs. Howard did further work on the sanding gear whilst Alan Ogden (who seems to be commuting between Lancashire and Devon) re-appeared to work on Fluff.

Tomorrow (Tuesday) sees the AGM in the shed at Preston at 7.30 pm. Please remember to bring along your copies of the agenda, minutes of the last AGM and the accounts – not to mention your detailed questions for David on such subjects as the reasons for movements in the Deferred Income account etc.! Alan says that he will be bringing along his large teapot for the occasion.