The blog is back in business after a short break for holidays. However, that doesn’t mean that everyone has had time off!

First we return to the acquisition of the new portable office where, at last, we have been able to obtain the keys to be able to enter the building for the first time. There is a certain analogy here to the TV programme “Storage Hunters” (no, we don’t watch it either), where people bid to buy locked containers full of “stuff”, which may or may not have some value. Whilst the main point of purchasing the portable office was to provide future messing facilities for the Trust’s volunteers, we had no idea what may have been left inside, hence the appeal in the previous blog for tables and chairs etc. When the door was finally opened there was a pleasant surprise, for the office still contained chairs and melamine topped tables, as well as a filing cabinet and wipe boards. So thanks to those who answered the plea with the offer of chairs, but it appears that we are OK for the moment. Just to top everything off, one of our members has very generously donated a brand new fridge freezer to start off the acquisition of kitchen facilities. Fantastic! No doubt there will be plenty of space now to display Alison’s collection of fridge magnets!

But back to work. 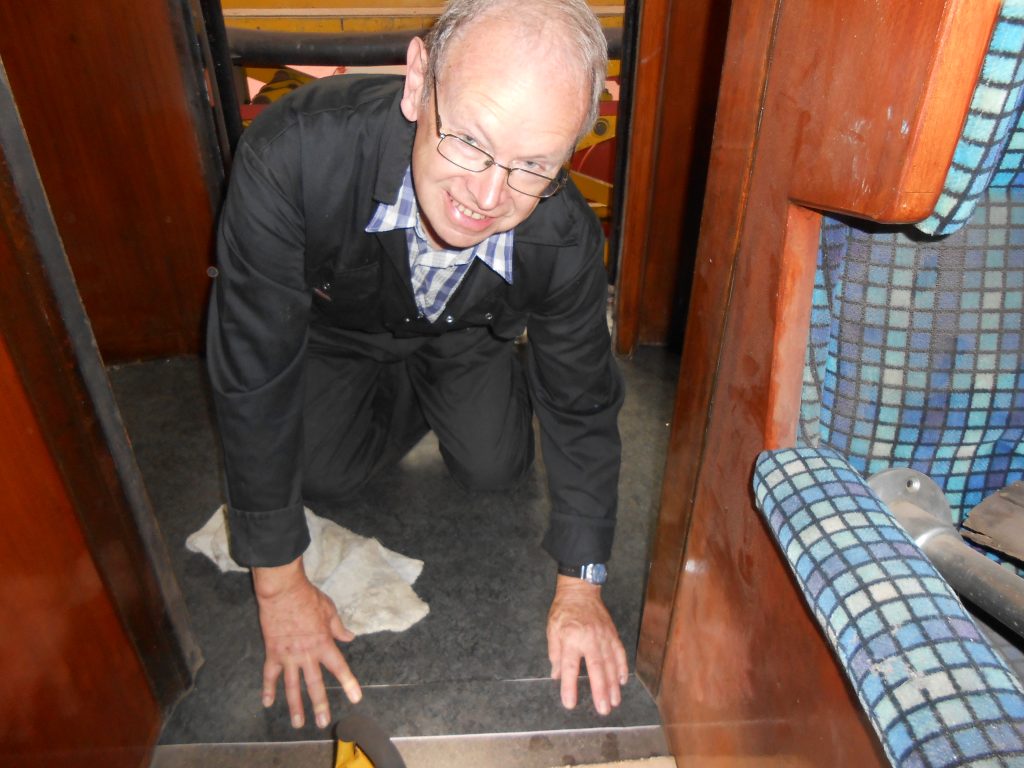 John has continued his lino laying in the RMB and should hopefully move into the servery area this next week, where the melamine panels and metal beading strips are now securely in place after attention from Mike and Paul. 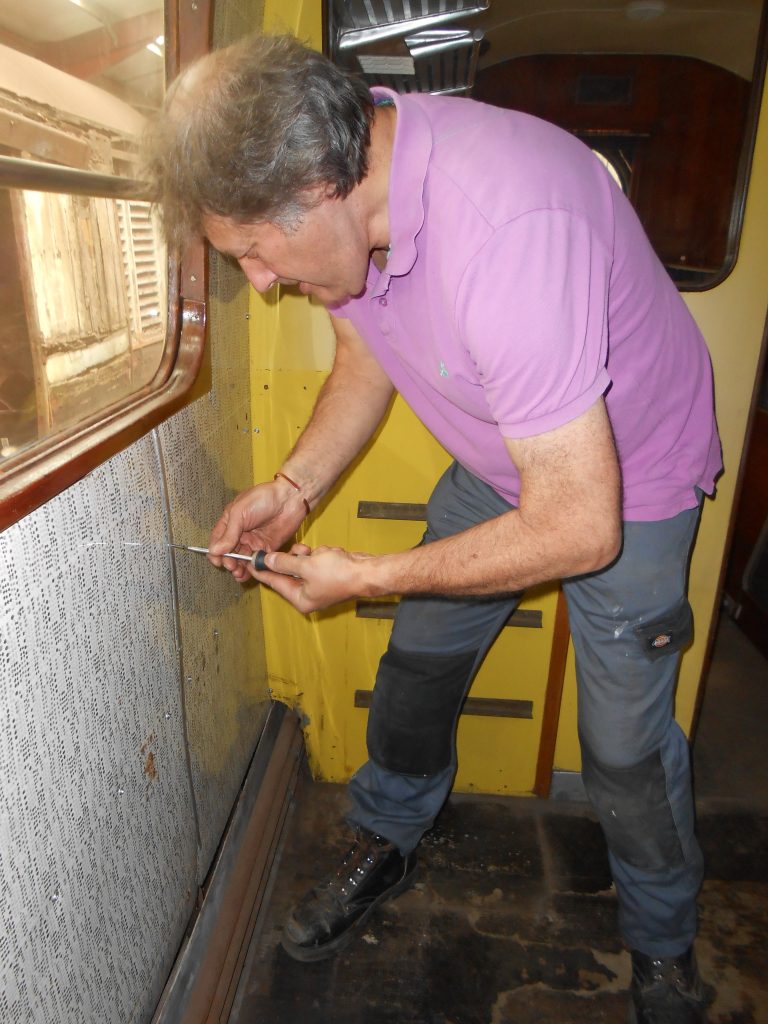 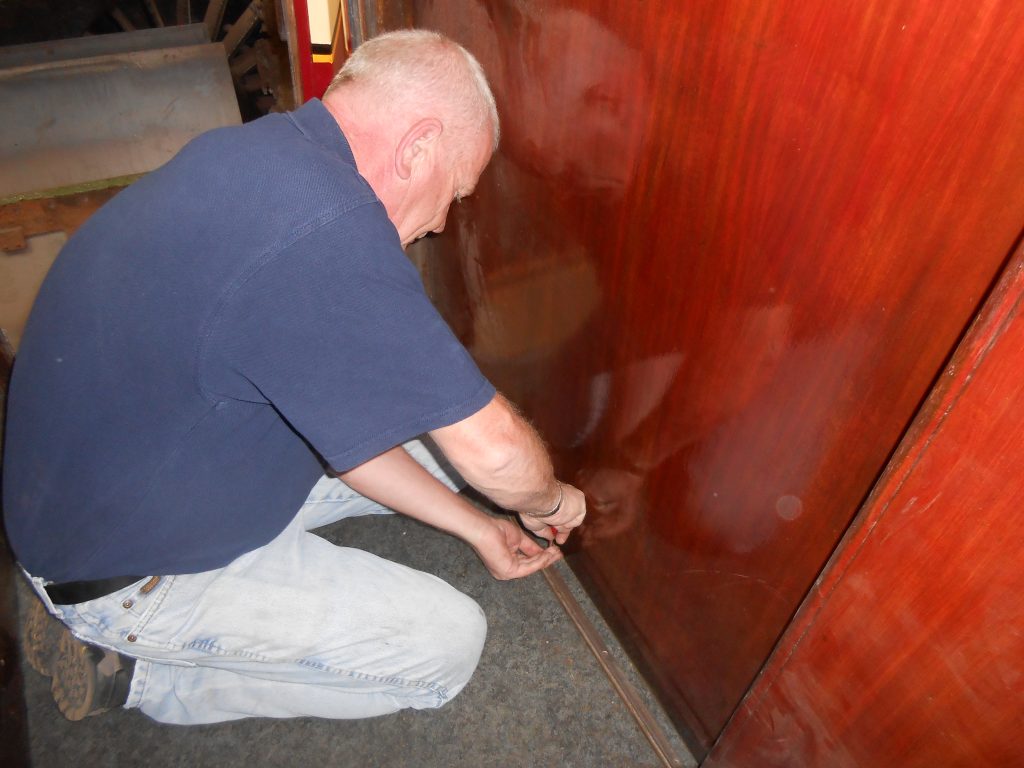 After screwing in the beading, Paul has been cleaning up the corner cupboards and assisting Tim with replacing a sliding door runner and with refitting the door itself. David has also removed the buffet door and bottom runner ready for the new lino.

Alan, John H and Adrian have again been busy on Caliban, with Adrian continuing to find places on the frames to attack with the needle gun and angle grinder. Alan has been investigating the condition of the cylinders and Howard now has some steel bar to enable him to make up the sanding actuators. 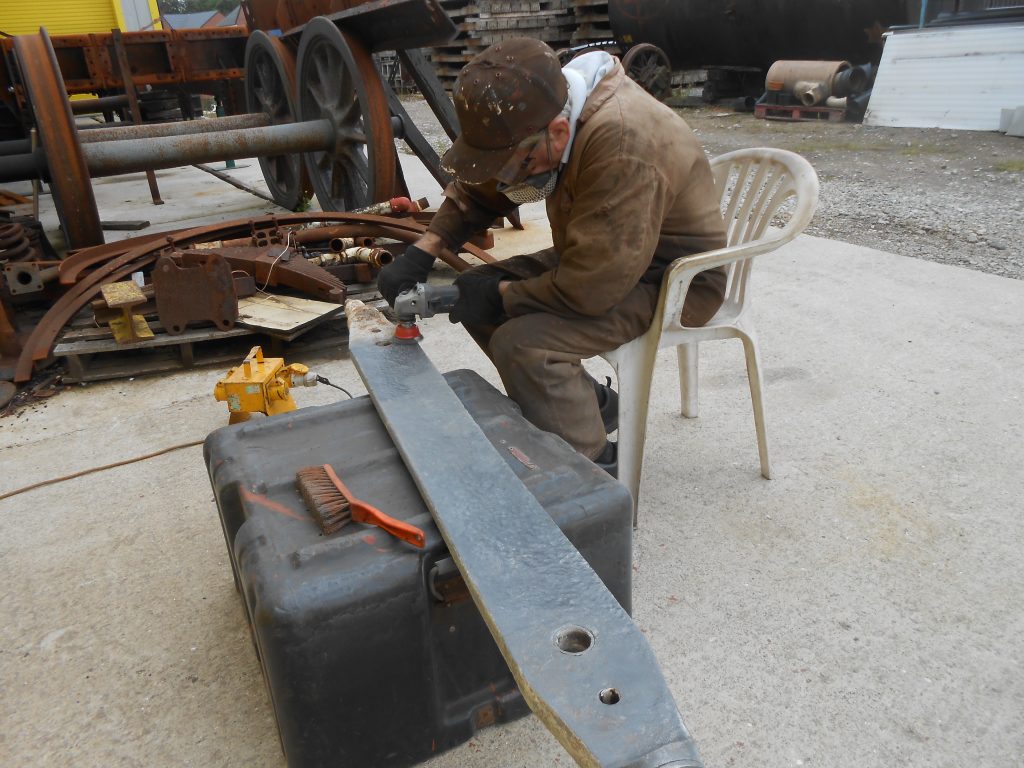 Fred has again been busy cleaning some of Wootton Hall‘s brake components…. 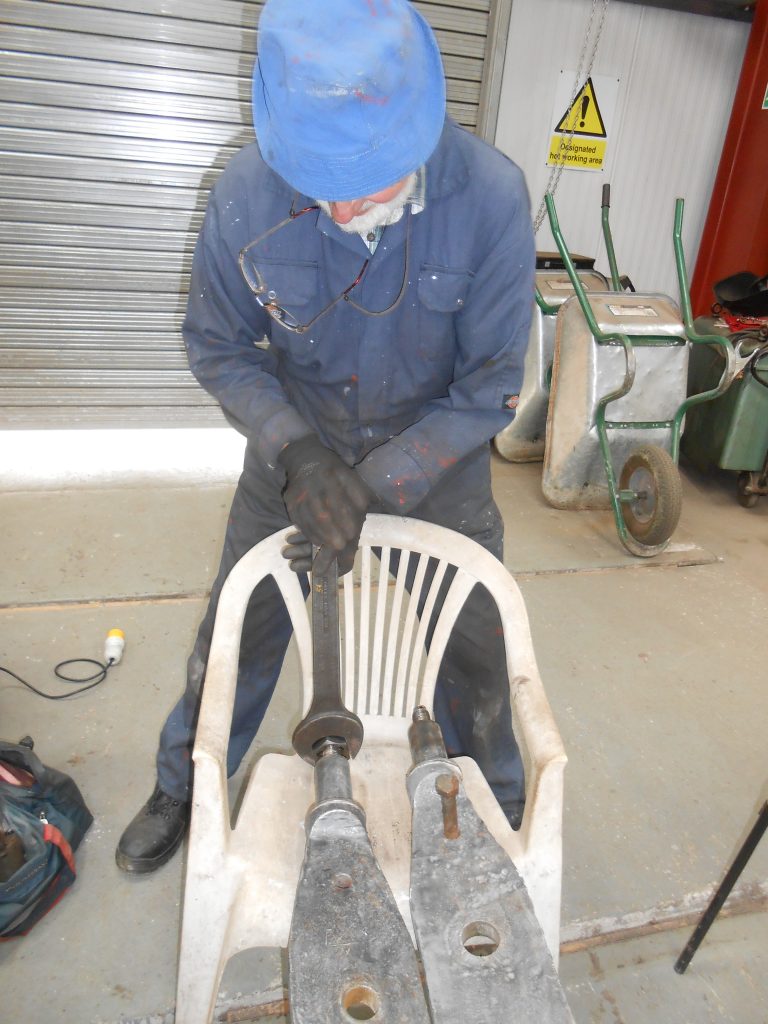 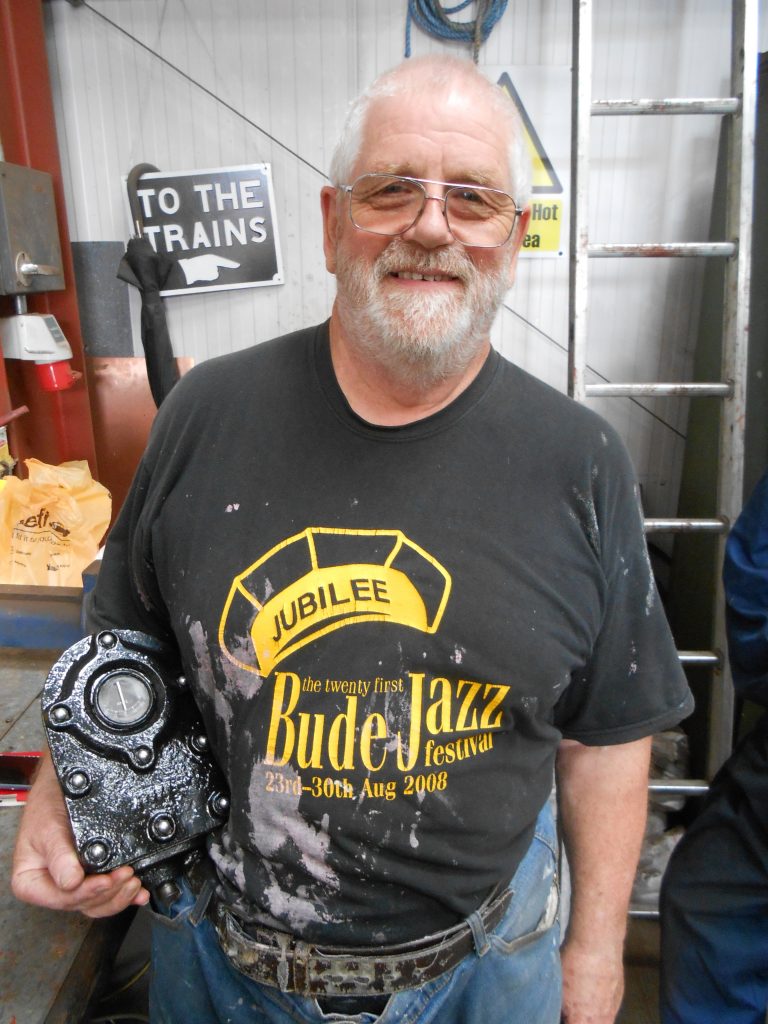 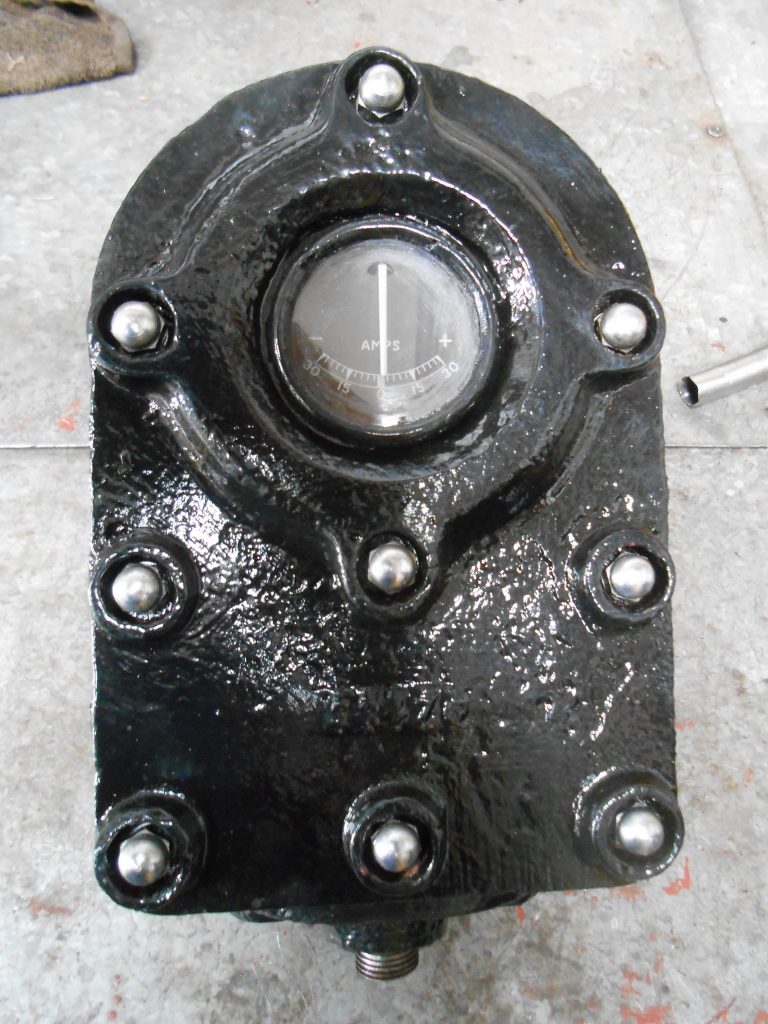 We mustn’t forget the continuing work on Fluff where Alan Ogden has finished refurbishing the ammeter.

Alison and Alan had a weekend away in West Cumbria and look what came along the street in Maryport a week last Saturday – the Ratty’s “Train from Spain” hauled by a showman’s engine with a familiar looking minder err doing the minding! 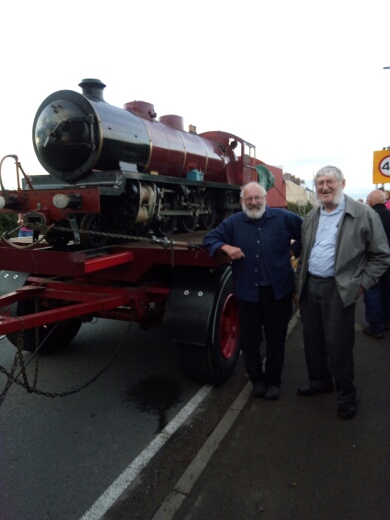 Looking forward, Alan and Alison are due to head off to Shildon this next weekend for FR 20’s next steamings and a person has been engaged to sand blast Wootton Hall‘s tender frames on the 10th August.