Last week was the last of the summer holidays for many with children, but that didn’t stop some of the older generation from taking a break as well. So we were without Alan, Adrian and Keith last Wednesday, but this did not stop progress being made in various directions. 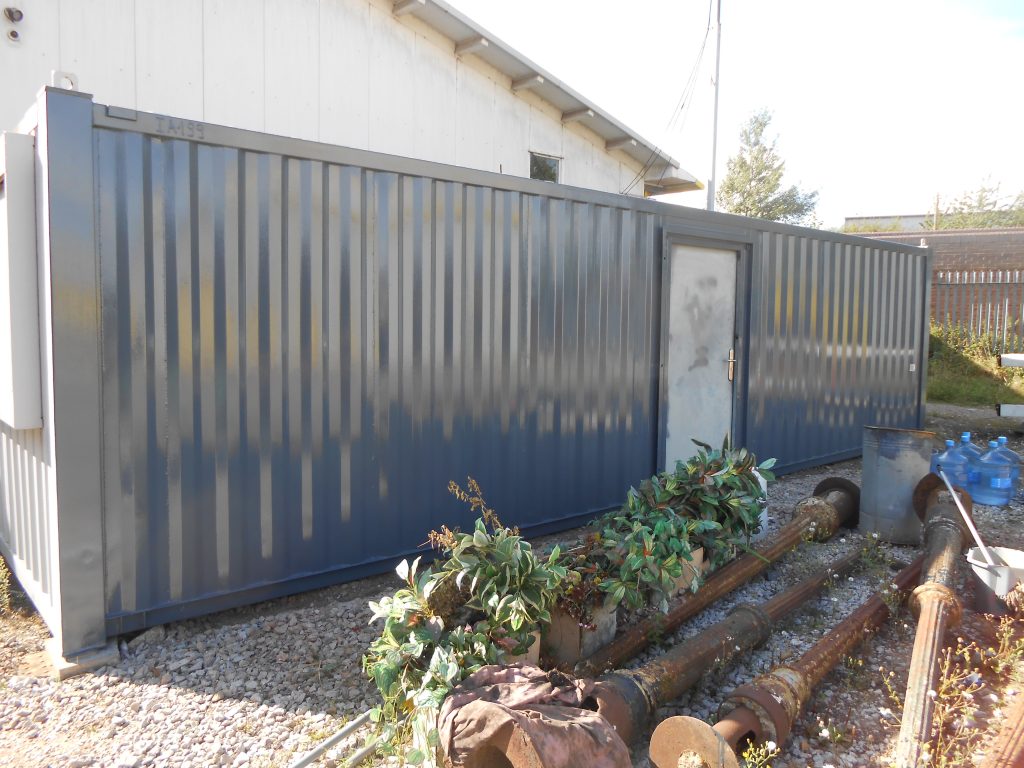 With the weather looking reasonable last Wednesday, John and Tim applied a gloss coat of paint to the side of the new mess room that will be up against the shed wall when it is moved, hopefully some time in September. For those worried about painting the door, it swings inwards and so can be painted at any time! 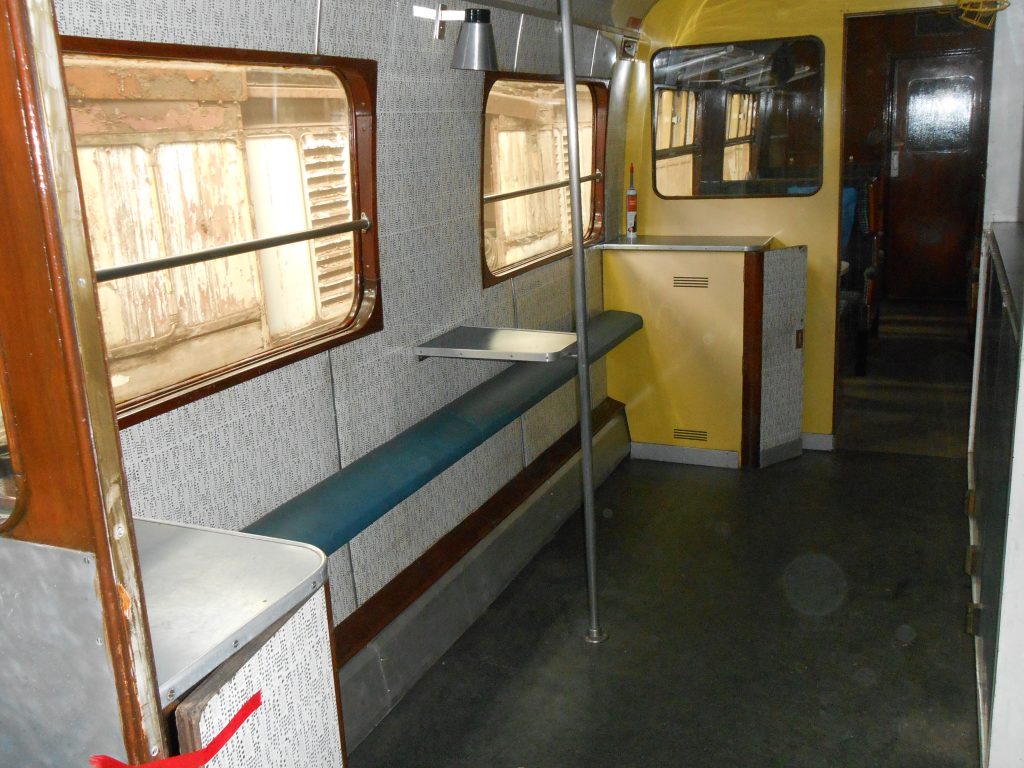 Mike and Paul have continued work on the interior of the RMB with the servery heater guards being fitted and a new heater guard for one of the saloons being finished off and painted. John has been replacing some of the architraves around the doors where they have been damaged during the welding repairs. 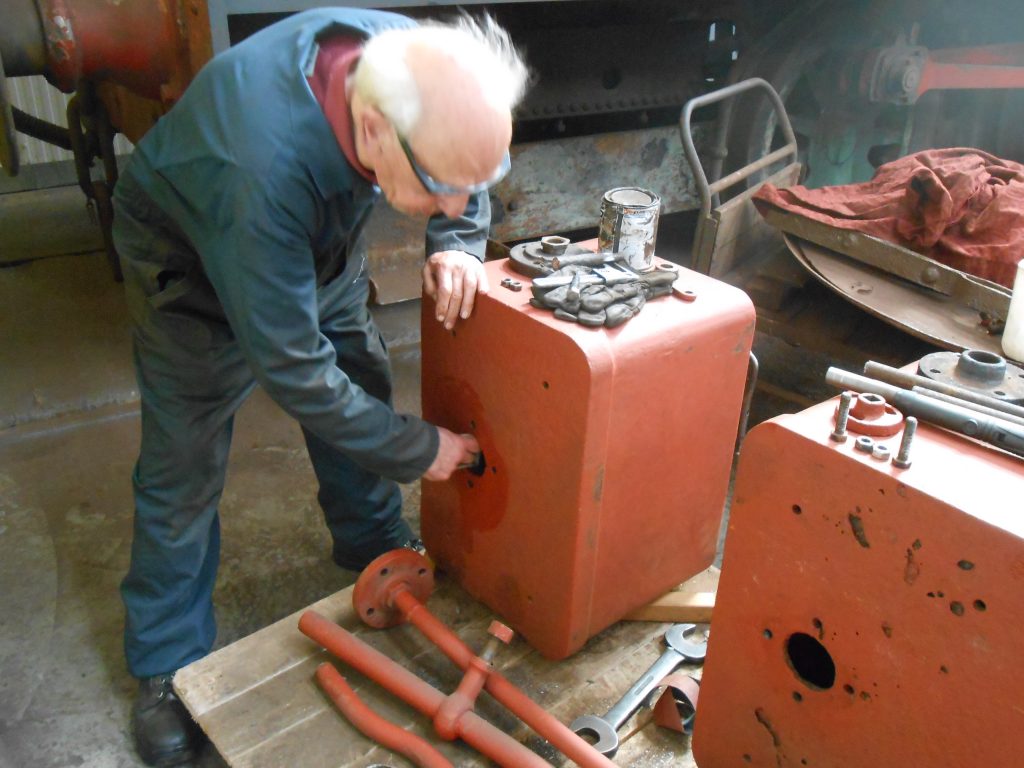 Despite the absence of other members of the team, Howard has continued his efforts to repair Caliban‘s sanding gear and can be seen here with one of the sand boxes. 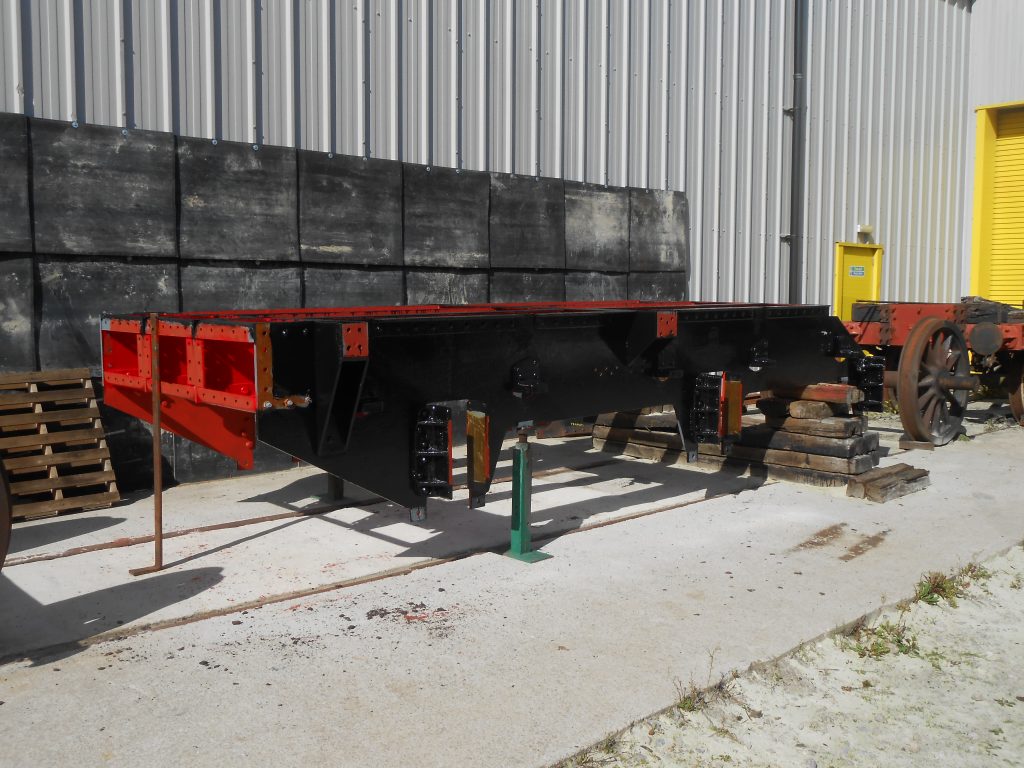 Fred and Roger have continued their task of painting Wootton Hall‘s tender frames, which are now beginning to look very smart, and Keith also appeared on Friday to carry on his work on the running plate. 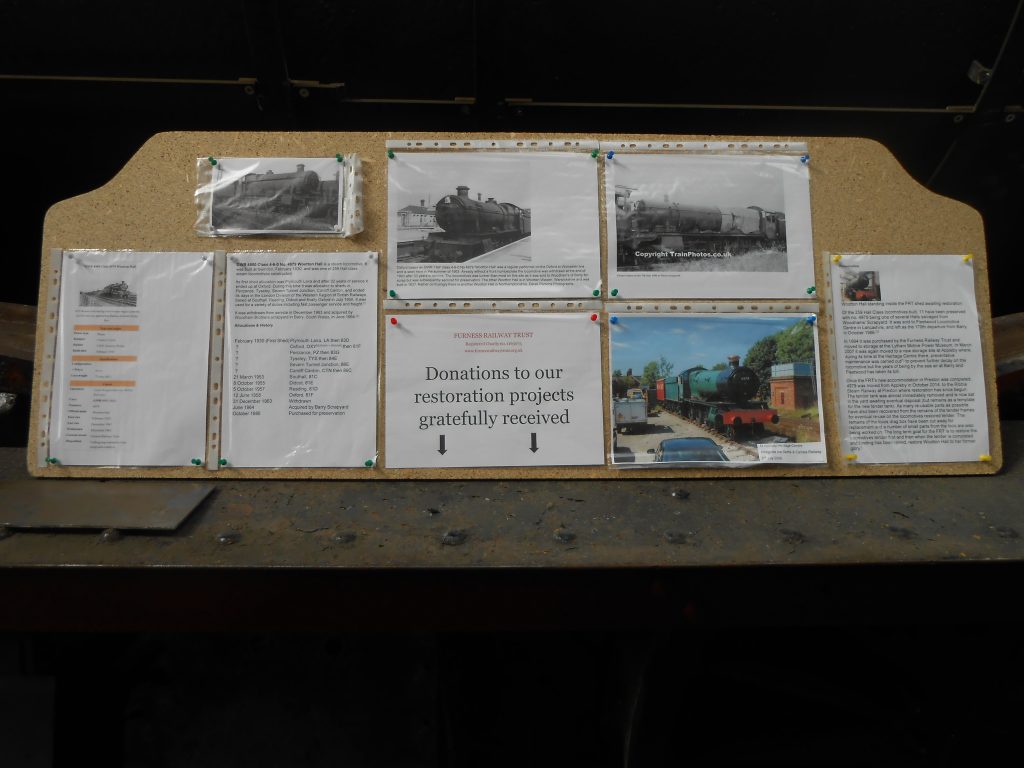 David has made up a presentation board recording Wootton Hall‘s history in readiness for the opening up of the shed for the Heritage Open Days this next weekend. 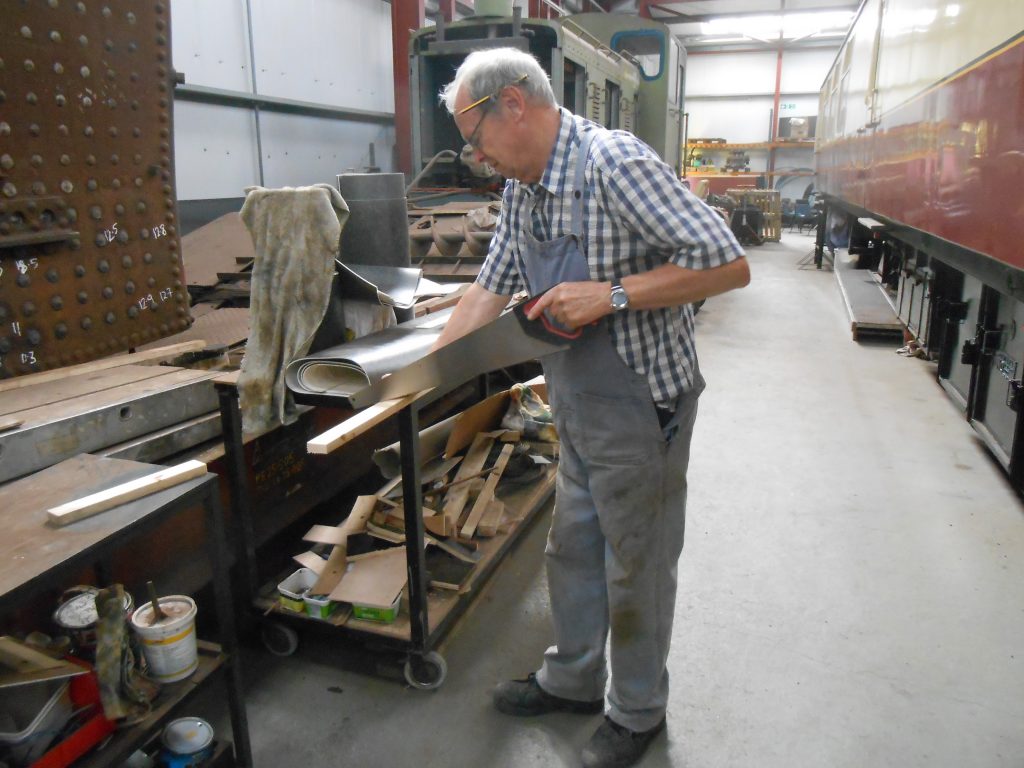 John is seen here making it some legs. Do come along this weekend to see progress. And don’t forget, it is also the Ribble Steam Railway’s Autumn Steam Gala.