It has been a little quieter at Preston with Alan, Tim, Ade and Keith all absent for various reasons. 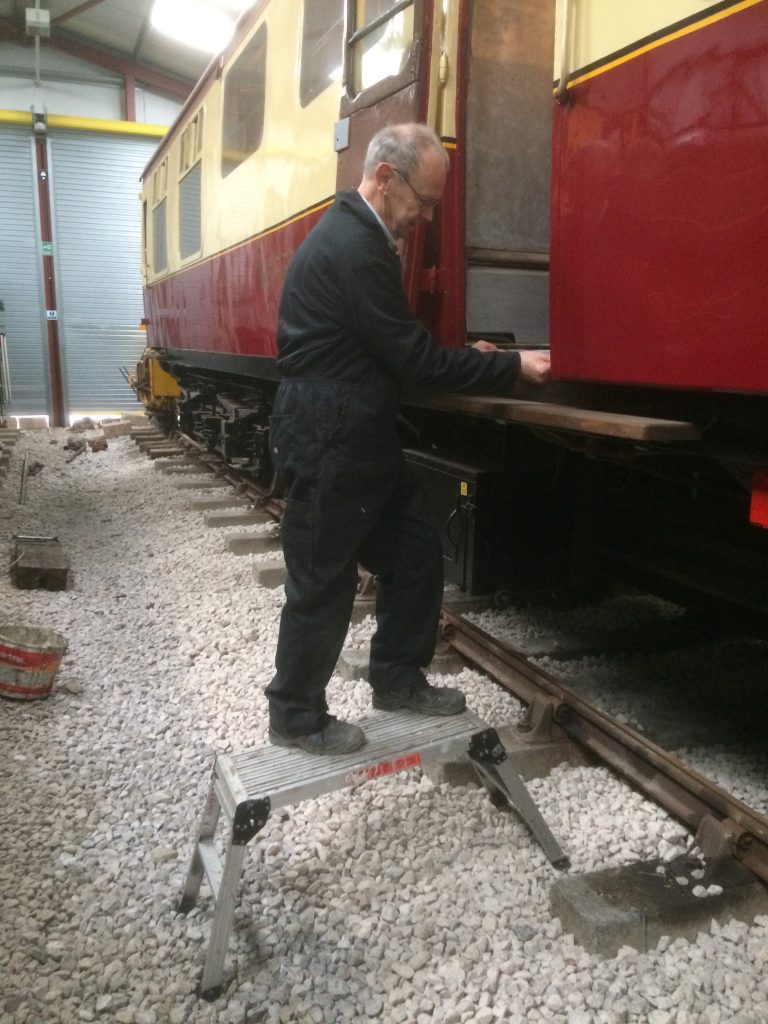 John Dixon has finished the door frame beadings on the RMB and has been installing new rubber sealing strips at the bottom of the door frames, which should reduce draughts within the coach. John Davis has been undertaking more cleaning within the coach, Mike has been picking out lettering on battery and gas boxes beneath the frames and Paul has been fettling the door locks on the cupboards. 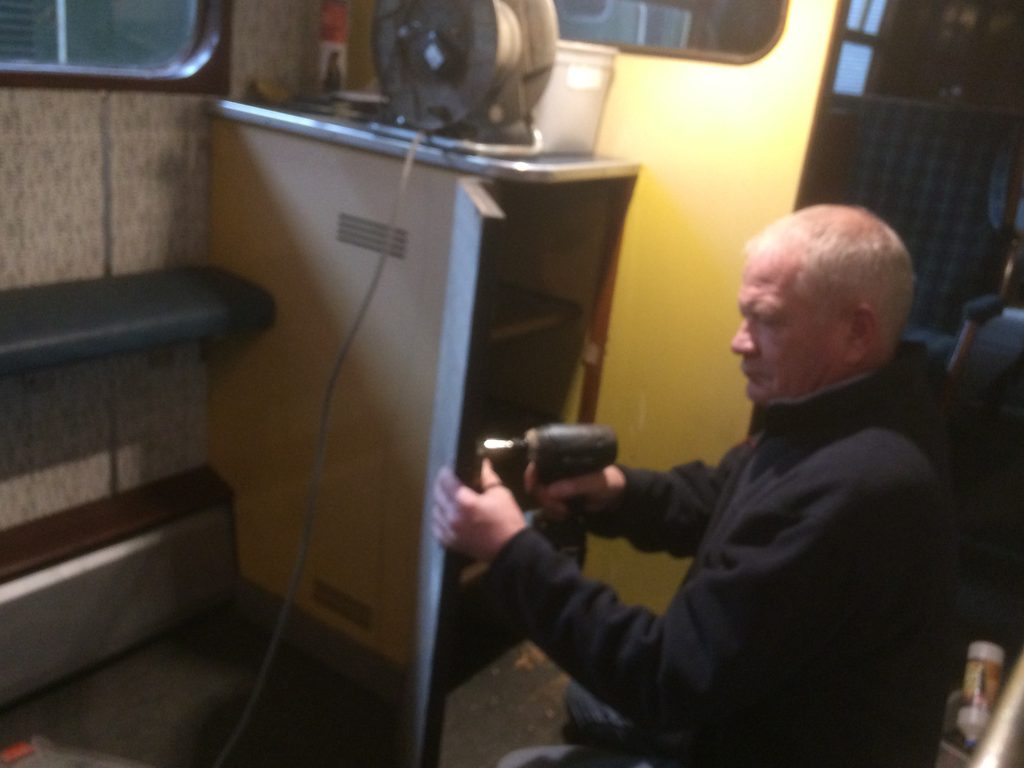 Howard and David have continued to remove the yellow stripes on the RSR’s TPO vehicle.

Fred and Roger spent Friday on the ‘magic carpet’ cleaning and de-rusting the north side of its roof.

Wednesday’s operations were somewhat disrupted by a fire warden’s course and those present were able to practice their fire-fighting skills with a fire extinguisher.

The main event of the week has been in Scotland at the Bo’ness & Kinneil Railway where 5643 was used for an all day photo charter on Friday followed by a Fish & Chip Special that evening, which had been sold out. It then went on to star at the B&KR’s Steam Gala where it performed on Saturday and Sunday alongside the home loco fleet. 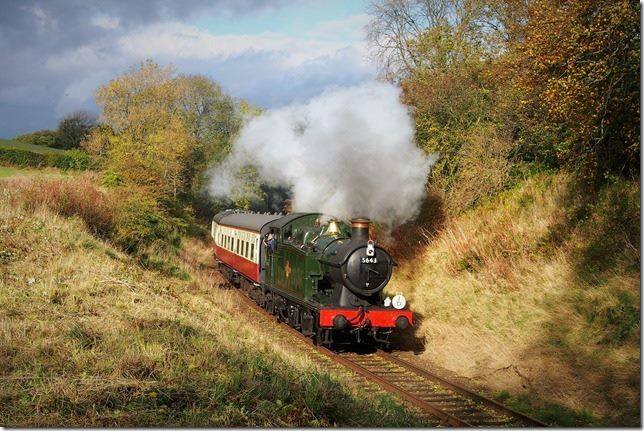 There is a photo here from the B&KR’s Facebook site showing 5643 approaching Birkhill with a service train the previous weekend. 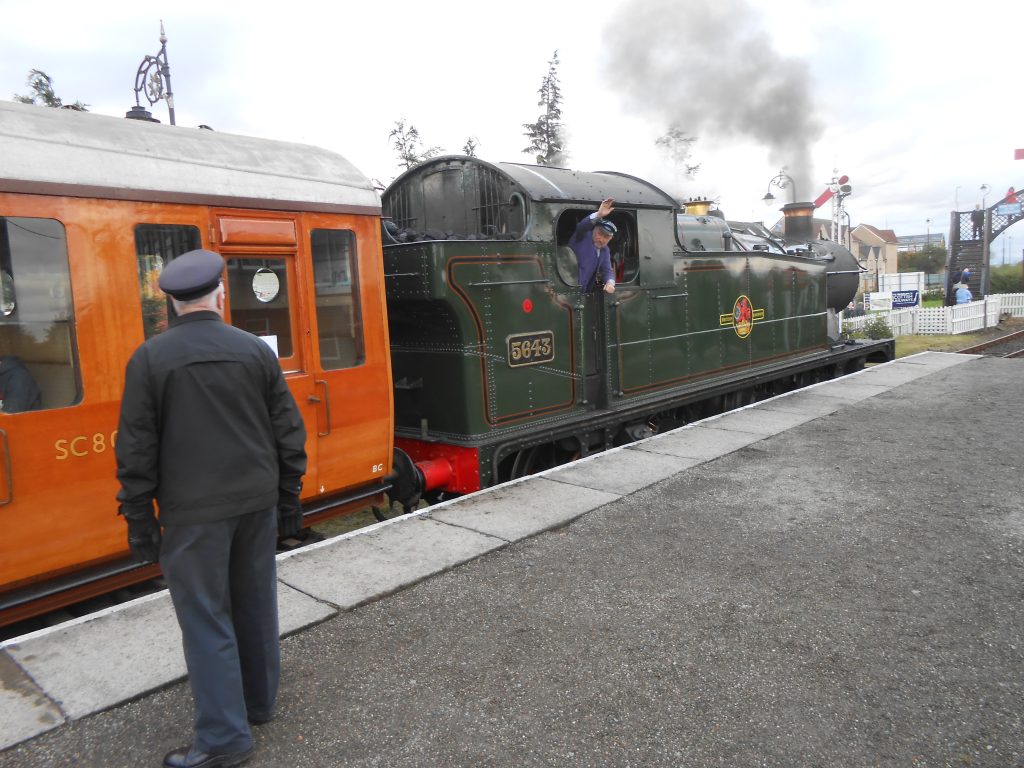 Alan has been working all hours to brief crews and to assist in the preparation of the loco and Alison has made a very useful contribution to the Trust’s coffers through the operation of the sales stand in the buffet car. 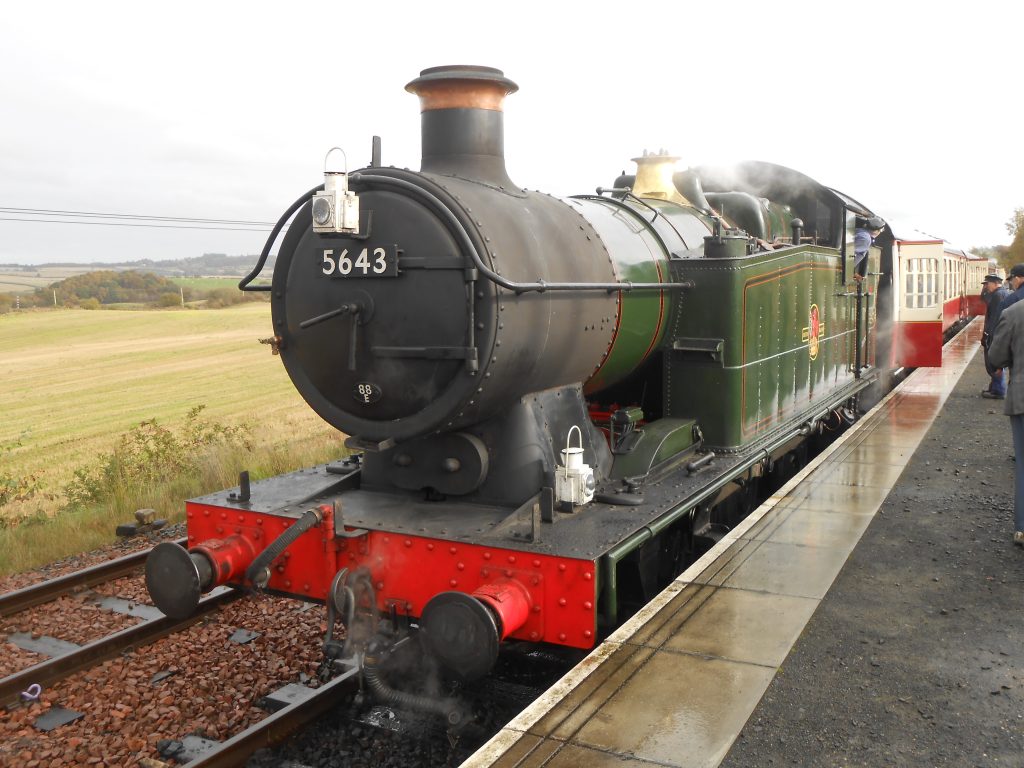 Tim visited on Saturday to be followed by Keith on Sunday. Everyone at the B&KR appeared to be  impressed by 5643’s performance and seemed to enjoy having its presence there over the two weekends.

Looking forward, Live Steam are performing at the Engine Inn at Cark next Saturday evening and there will of course be spooky trains at the RSR next weekend. Also, a Hi-ab lorry has been booked to move the mess room at Preston on Saturday. The following Tuesday will see a working party at Locomotion, Shildon, as members assemble for a dirty day out as they prepare FR 20 for its 14 month boiler examination.