We start by thanking you all for the tributes paid to John Houghton following the announcement of the news of his death in last week’s blog, including those who took time to post comments onto our Facebook page (click on the image below to go to the page).
It is clear that he really had made his mark with so many people and he will be sorely missed by us all. 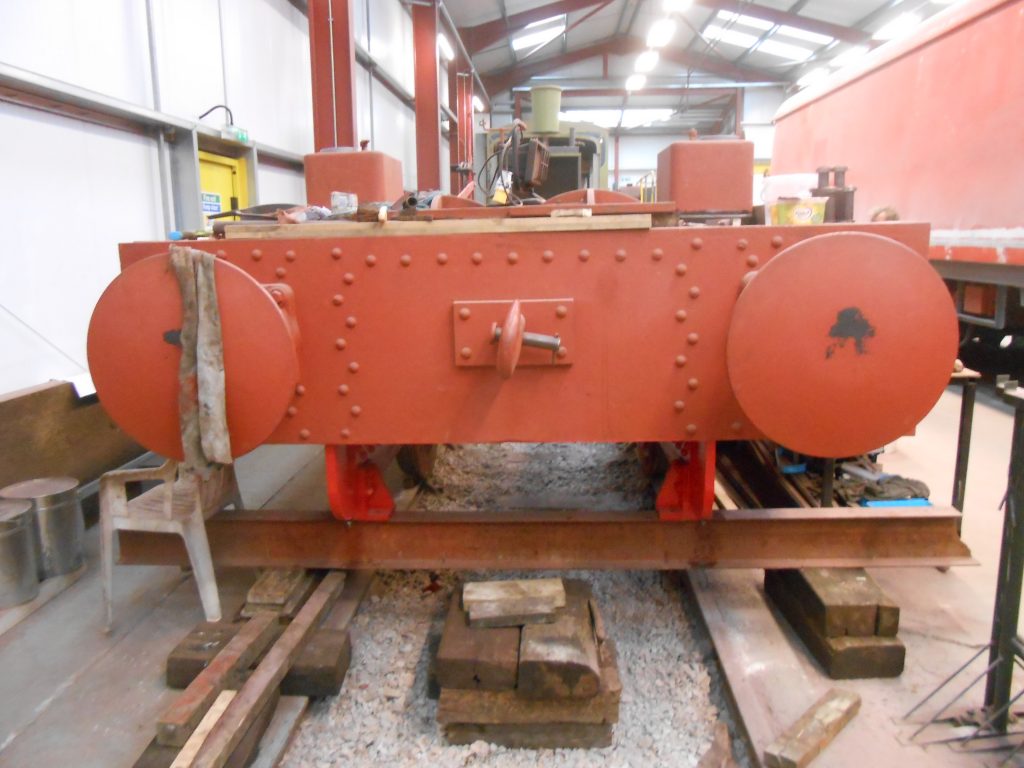 We’ll start the news this week with the loco formerly co-owned by John Houghton – Caliban. Howard, Alan and Adrian have carried on the good work on the 0-4-0ST and the frames have now started their ascent to allow  the axleboxes to be examined – there is still some way to go though with the jacks… 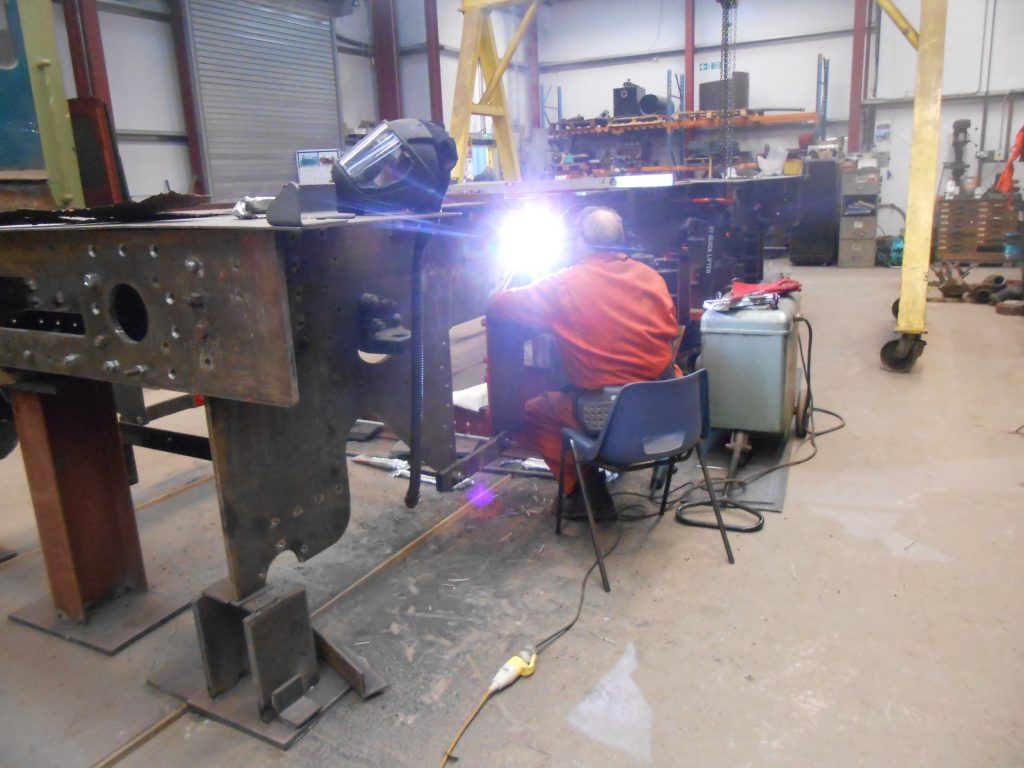 Contractor Ian Massey spent Friday and Saturday welding the new metal onto the front frames of Wootton Hall‘s tender. This is still work in progress and a further visit from Ian is being arranged in the coming weeks.

More good progress has been made this week on the RSR’s TPO coach which is being restored for the Museum by FRT volunteers. The third can of filler is now nearly empty and, having brought the north side of the coach up to a condition whereby it is ready to receive paint, all hands are now being concentrated on the corridor ends and the south side. We were delighted to welcome Paul Balshaw to his first working party with the gang last Wednesday  and hope to see him again on a regular basis.

The visit to Embsay by Fred and Keith last Sunday to wash out 5643’s boiler was stymied by the refusal of the high pressure pump to actually pump the water, even though the engine was running smoothly. A further attempt to wash out the boiler was scheduled for yesterday after attention had been given to the pump at Preston on Friday. 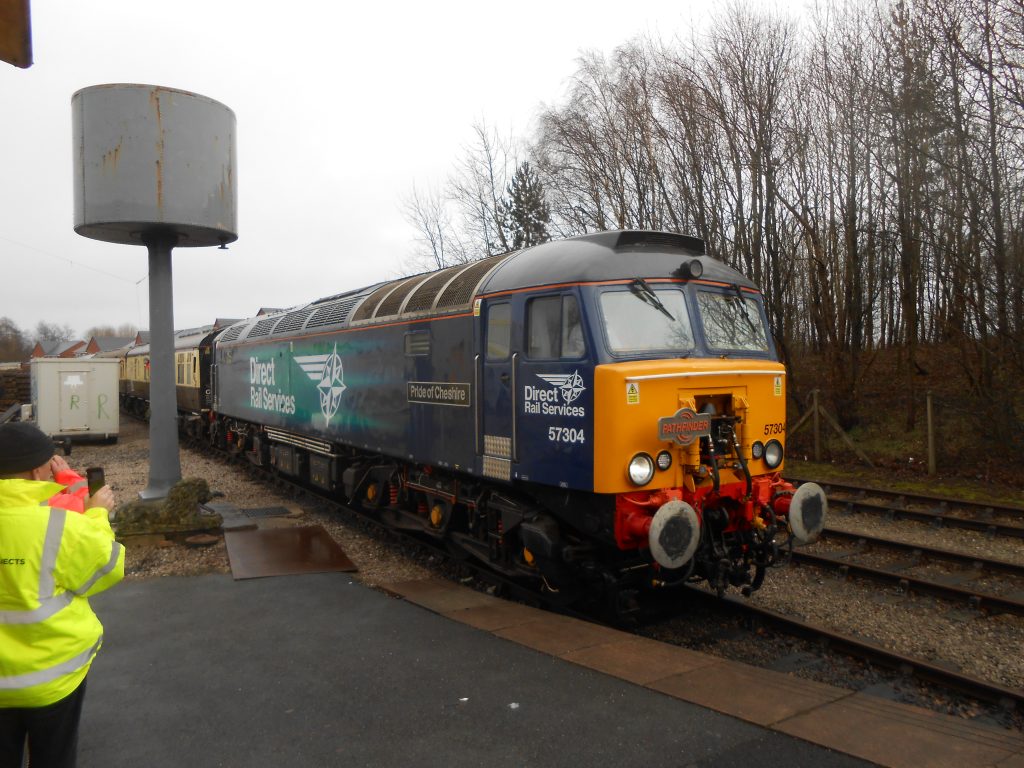 The big event over the weekend was the arrival at Preston Riverside of a Pathfinders Tours charter train from Eastleigh with some 500 passengers on board, which had set off at 05.27 on Saturday morning. It arrived bang on time at 14.30 before departing, again on schedule, at 16.30. 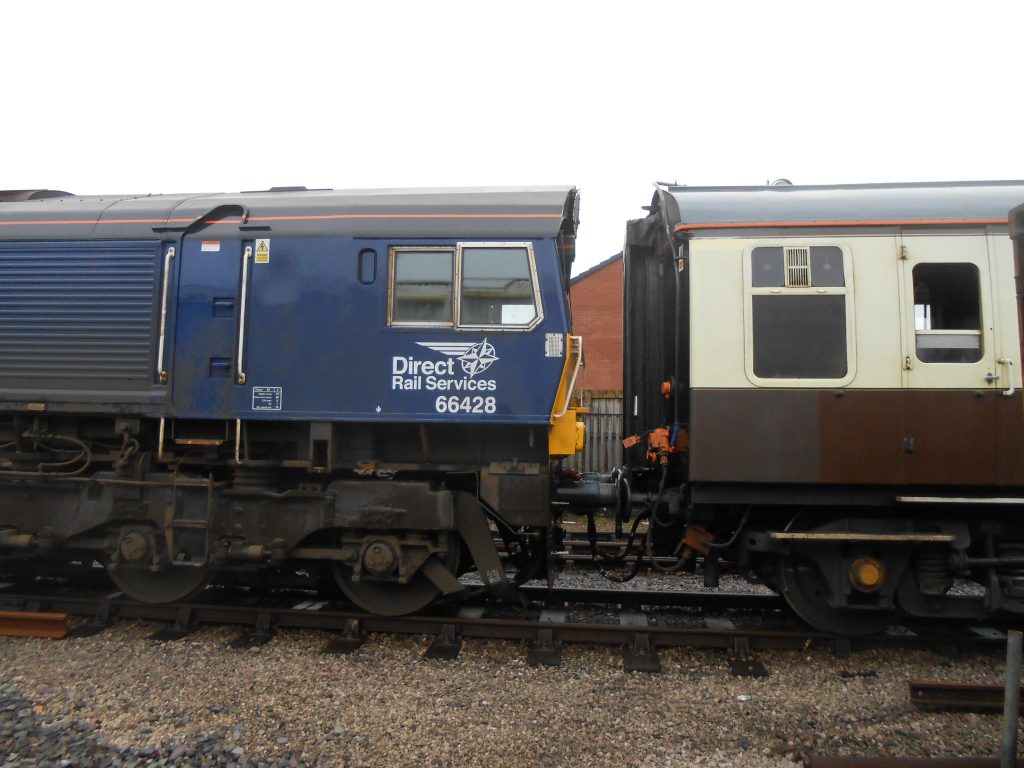 The FRT shed was specially opened up to the visitors, having been cleaned in readiness the previous day, and Alison was there to sell souvenirs whilst other FRT members showed visitors around the shed. 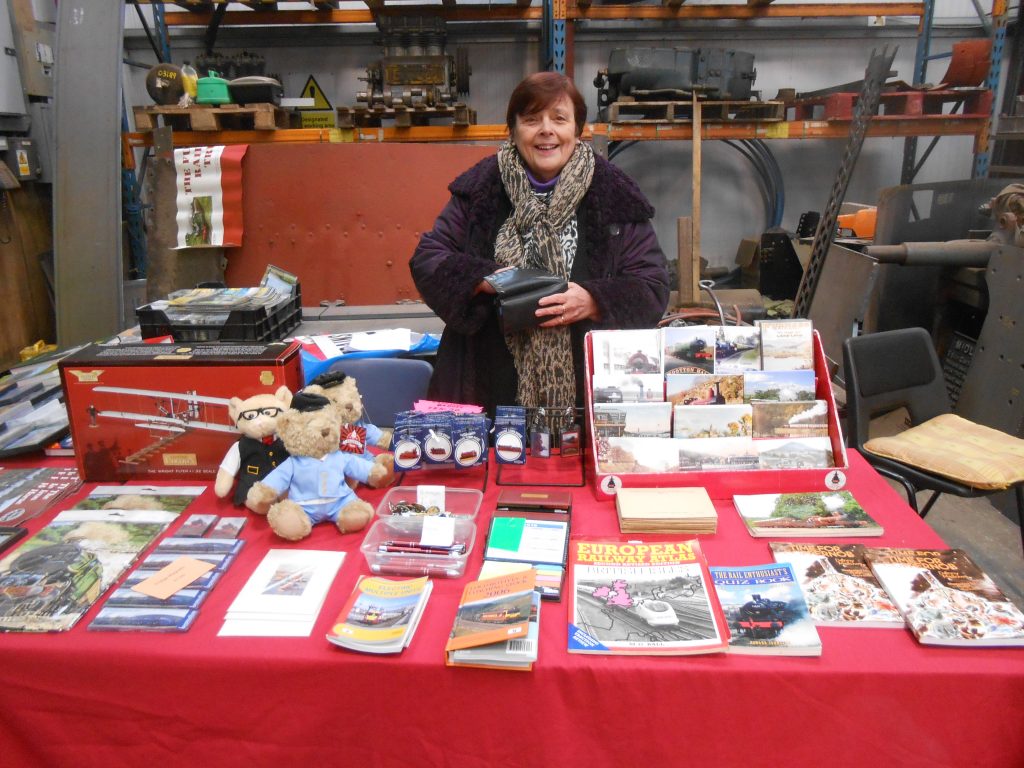 After taking into account donations received, it proved to be financially very helpful. We also seemed to make quite a number of friends and, surprisingly, saw a few familiar faces who had driven south to Coventry to board the special! 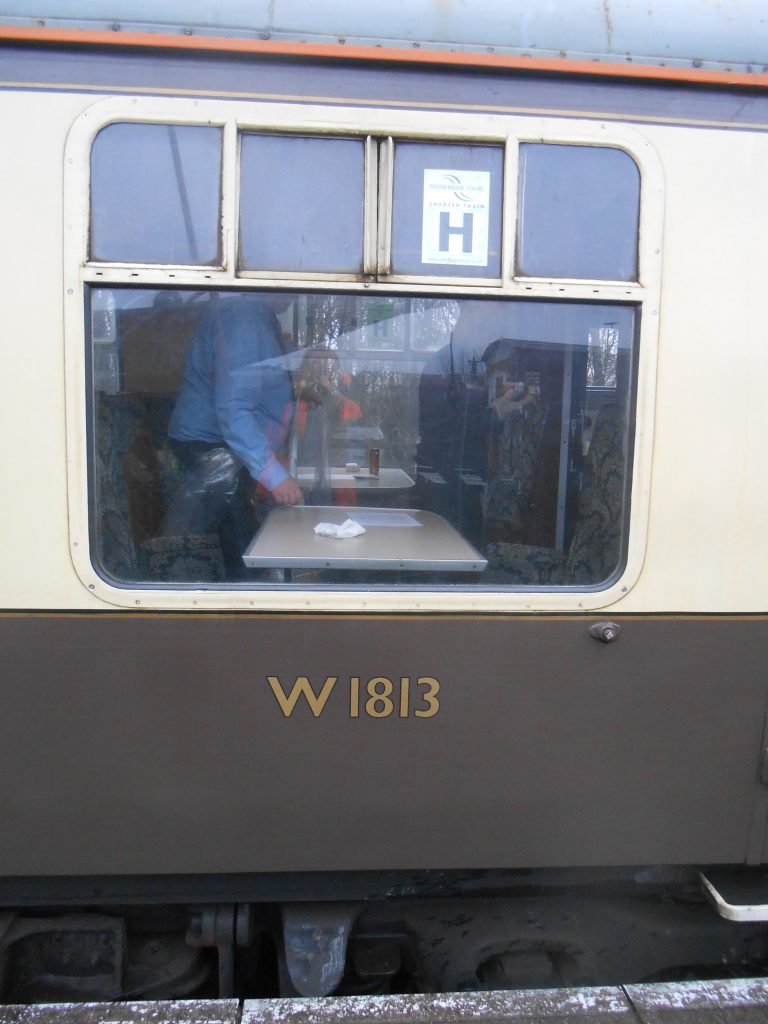 Of interest to the Carriage and Wagon Gang was the inclusion in the 14 coach special train of RMB No. 1813, carrying the number adjacent to RMB 1812 which we had just overhauled. However, 1813 was built at Wolverton in 1960 in a different batch whereas 1812 was built at York in 1957.

It has to be said that John Dixon looked very pleased with himself on Saturday (and rightfully so) for he had completed the plumbing in the new mess room and now awaits an electrician to connect up the electric water heater. Just a few more jobs to do to box in the water pipes and fit some cupboard doors. We can then decide upon the layout of tables, chairs and other equipment within the mess room.

Finally Alan and Alison are heading across the Pennines again next Friday for the first of FR 20’s steamings at Locomotion, Shildon, now in the final six months of its ten years boiler certificate. Let’s hope that the snow holds off for them!