There was, not surprisingly, a large turnout from the railway community at John Houghton’s funeral on Friday, with not a seat left spare in Preston Crematorium. Faces from past and present gathered to pay their respects and to celebrate John’s life. Most retired to the Wheatsheaf at Garstang afterwards, where there was chance to catch up with each other, recall times past and to look at the many photos which were displayed on screens in the pub whilst eating the food provided. Everyone agreed that it had been a good send off for John, and congratulations go to Richard and Janet Harrison for the splendid arrangements. 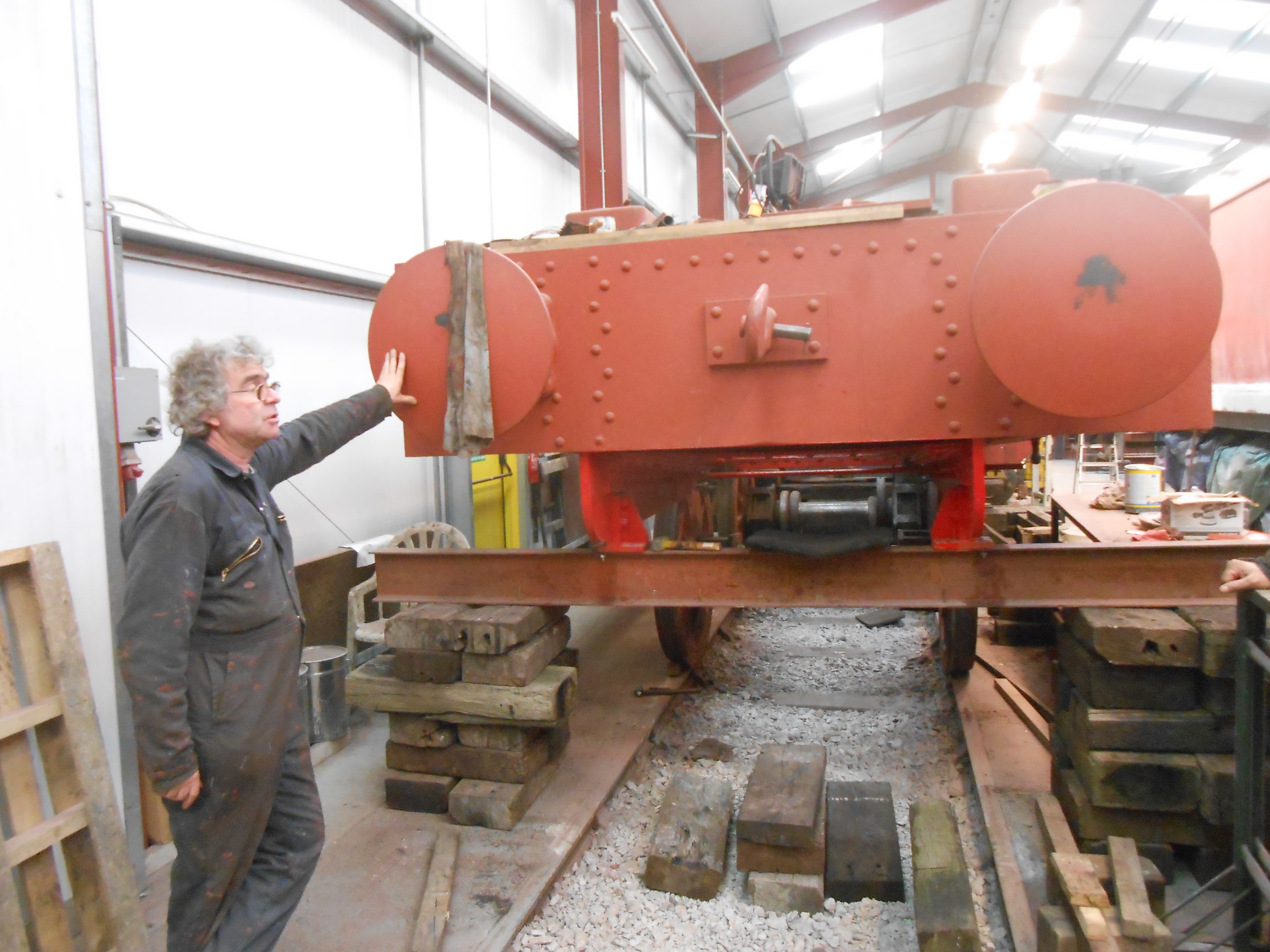 Back at Preston, John’s beloved Caliban was jacked further up into the stratosphere on Wednesday by Ade and Howard to allow the axleboxes to be examined. 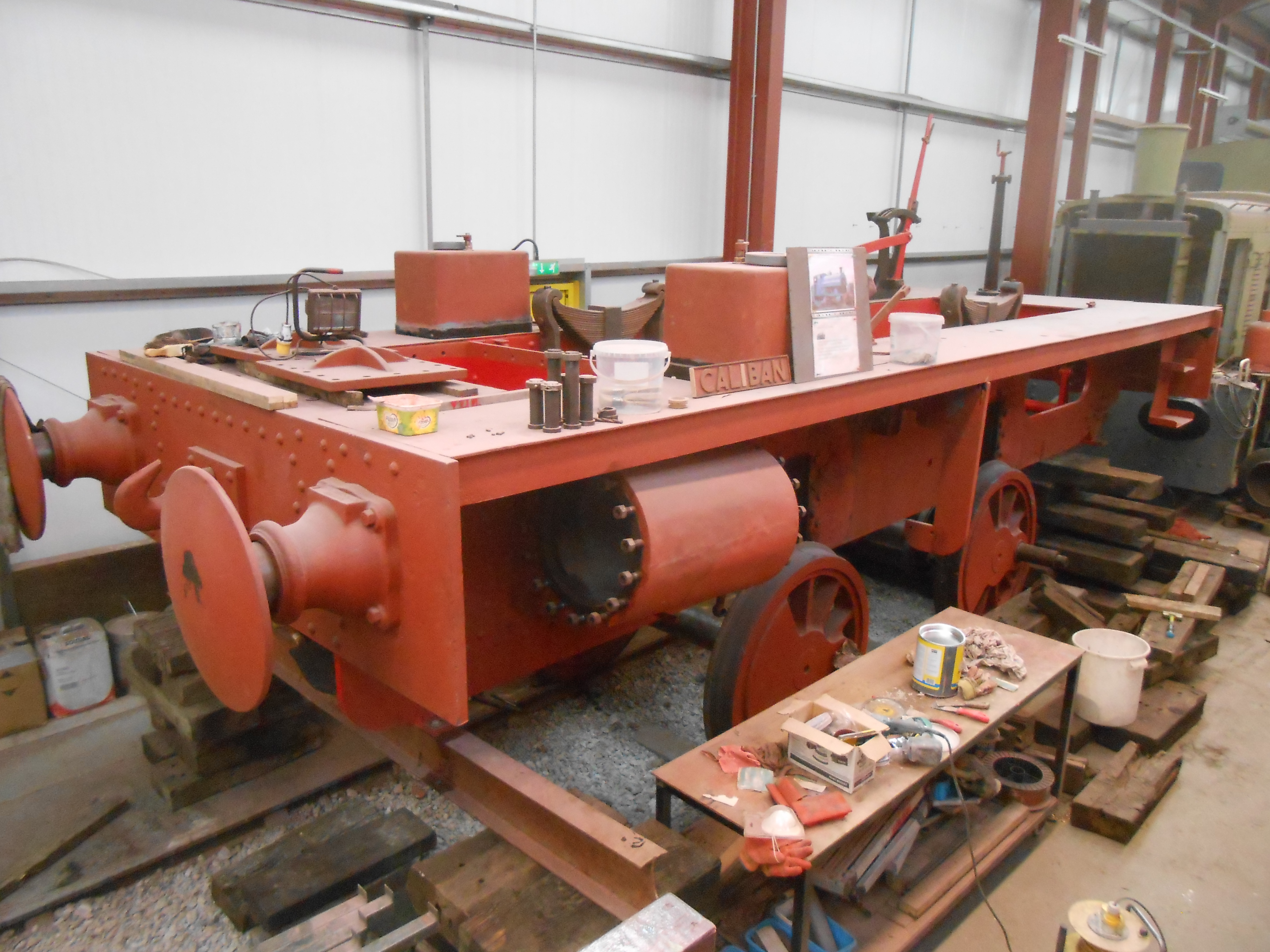 Dismantling them is proving to be a painstaking job as the pins have been exposed to the elements and not been touched for many a year, making the grease they were coated with extremely hard. 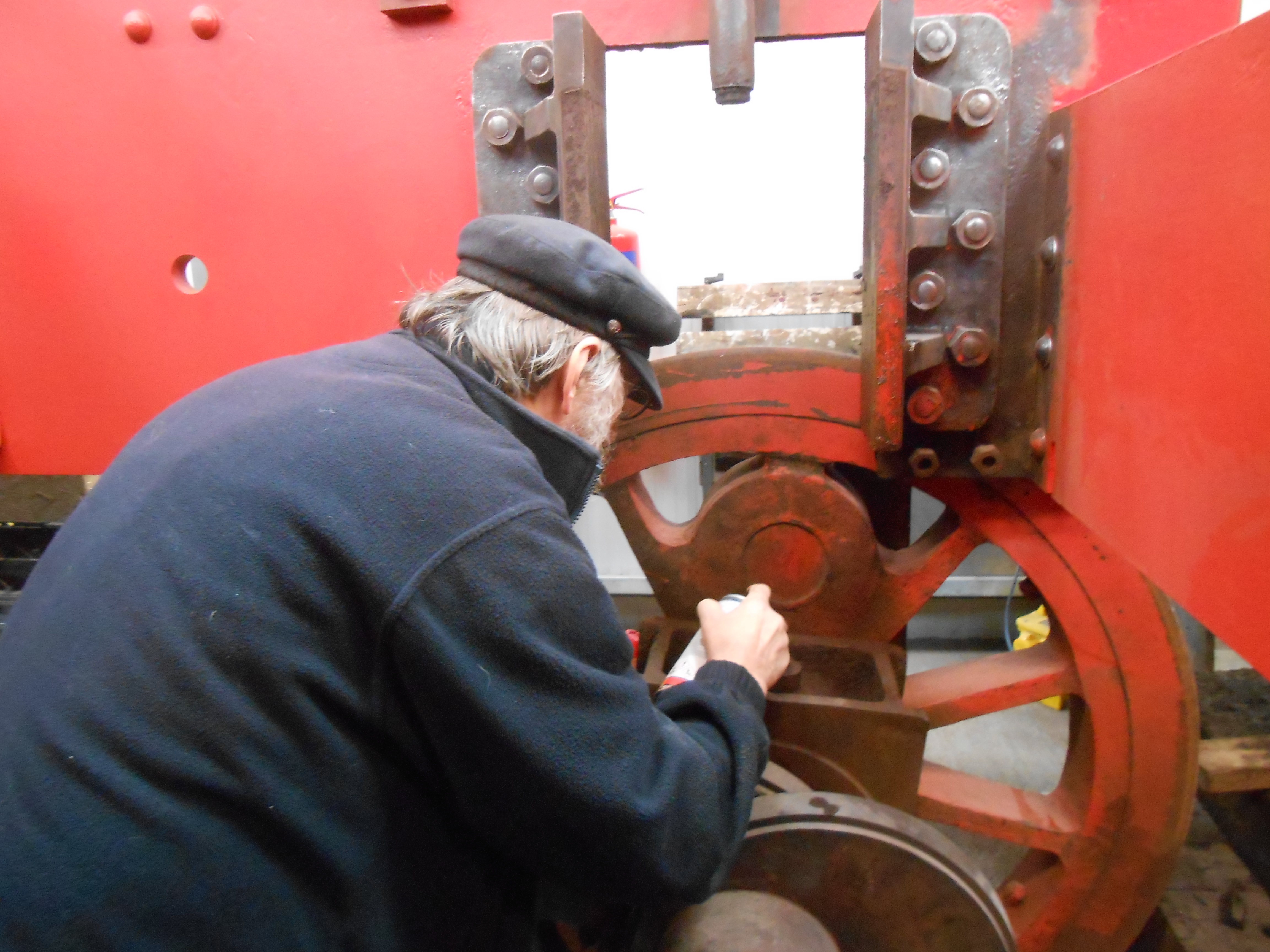 However, after the application of some release oil by Alan, Howard pursued the task on Saturday and reckoned that he was starting to see some movement in the pins, but there is some way to go yet! 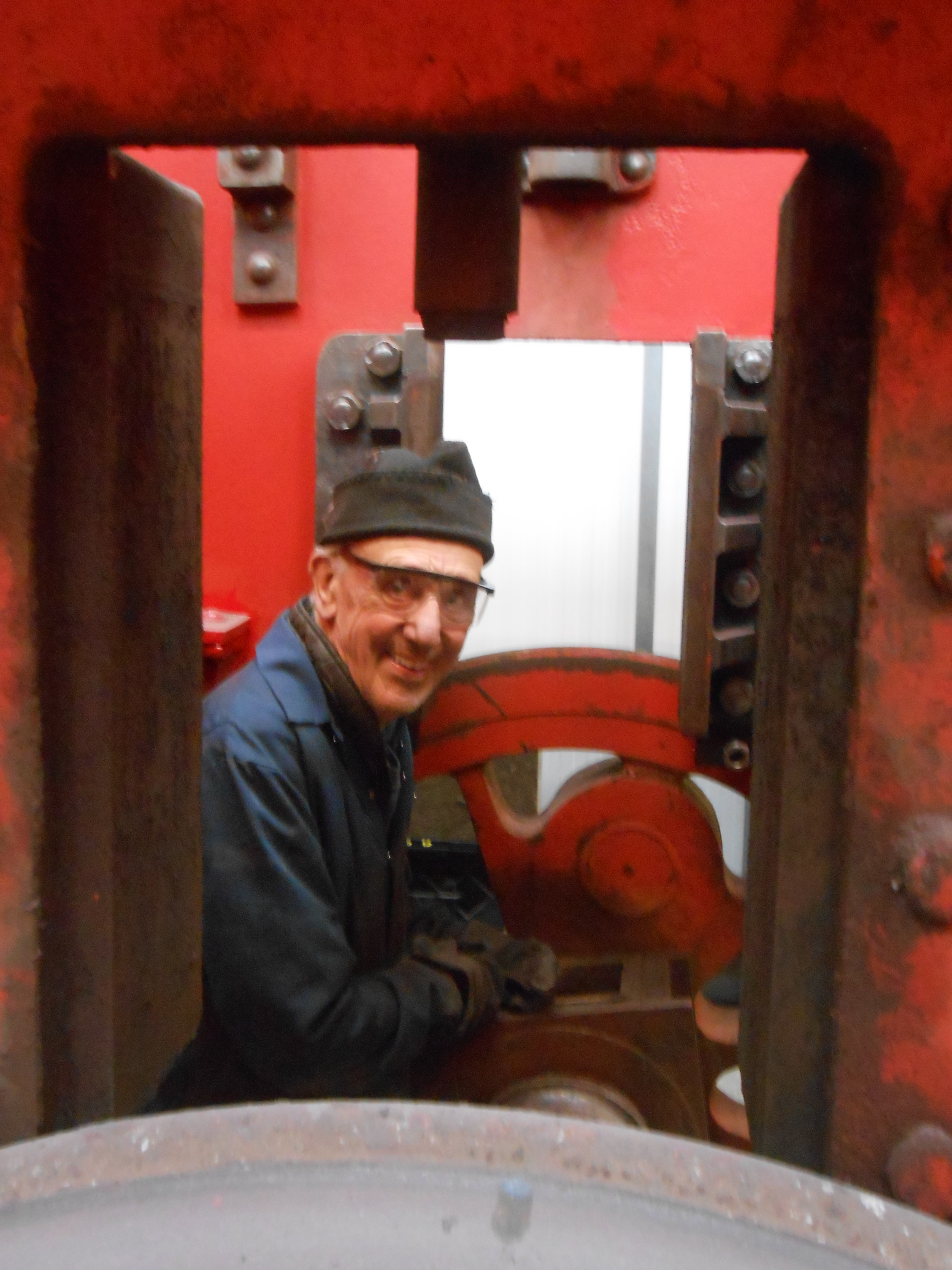 With the all clear given by our boiler surveyor, the specification for 5643’s tubes has been agreed with Andy Booth and sent to a tube manufacturer for a quote. As some of you will be aware, Keith has been under the weather over the last week or so and is having some time off to recover; we wish him well. However, George went across to Embsay on Saturday and he tells us that, as well as demolishing a tasty meal of fish and chips cooked in lard, he also cleaned up the faces and studs on 5643’s safety valve assembly.

Work on the RSR’s TPO coach continued apace on Wednesday, Friday and Saturday and the end is in sight for the long task of making good the bodywork. 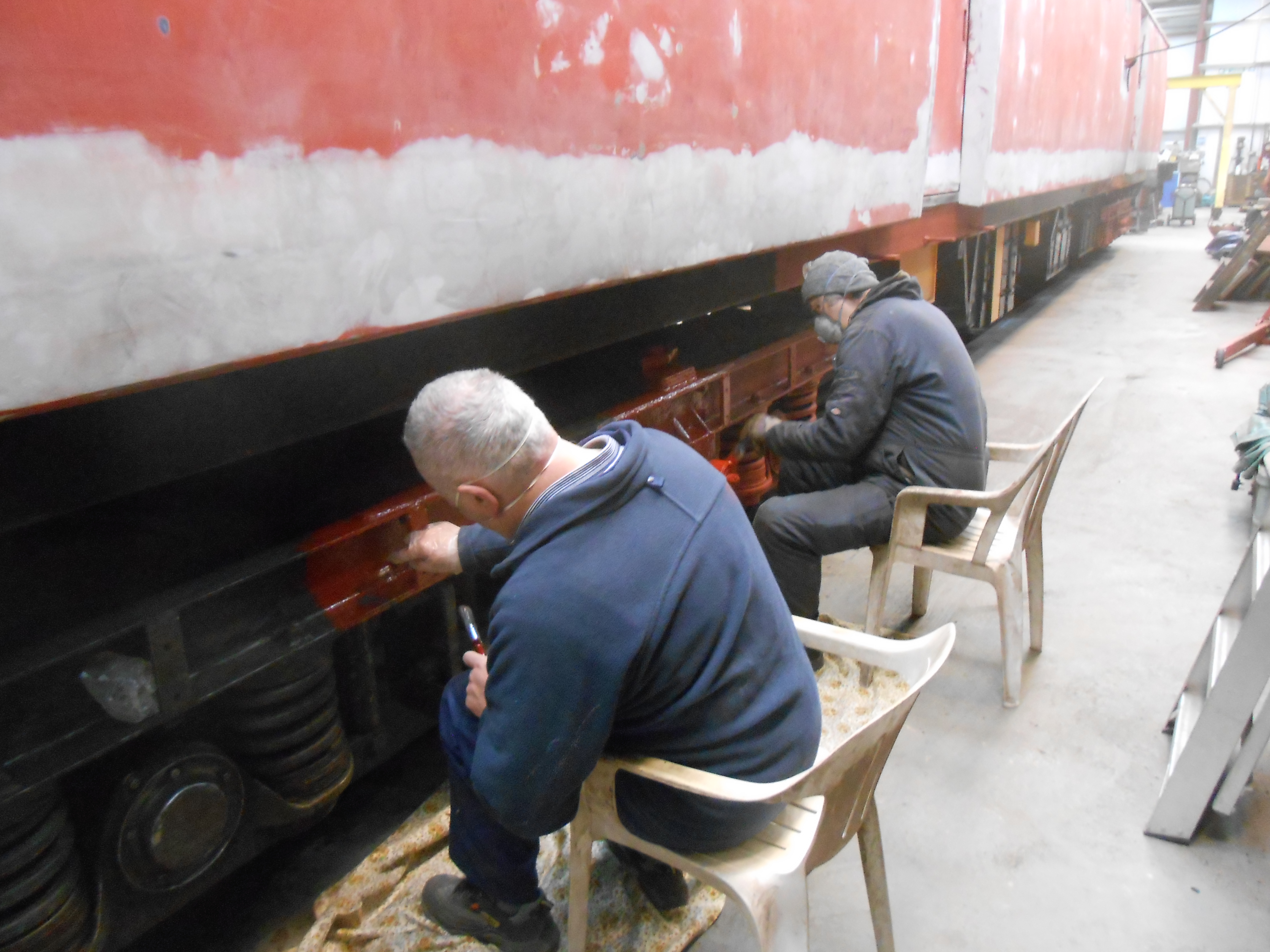 The north side bogies have now been cleaned up, primed and are now receiving undercoat.

More work took place on Fluff on Saturday with Anthony Jolly in attendance. It is hoped to be able to lift out the engine in the coming weeks.

John has all but finished his work in the mess room and, with the TPO bodywork nearly finished, should perhaps be ready to join in the task of painting the vehicle, which should commence shortly. Outside the mess room, it is expected that tarmac will be laid in March as a prelude to the creation of the children’s play area. 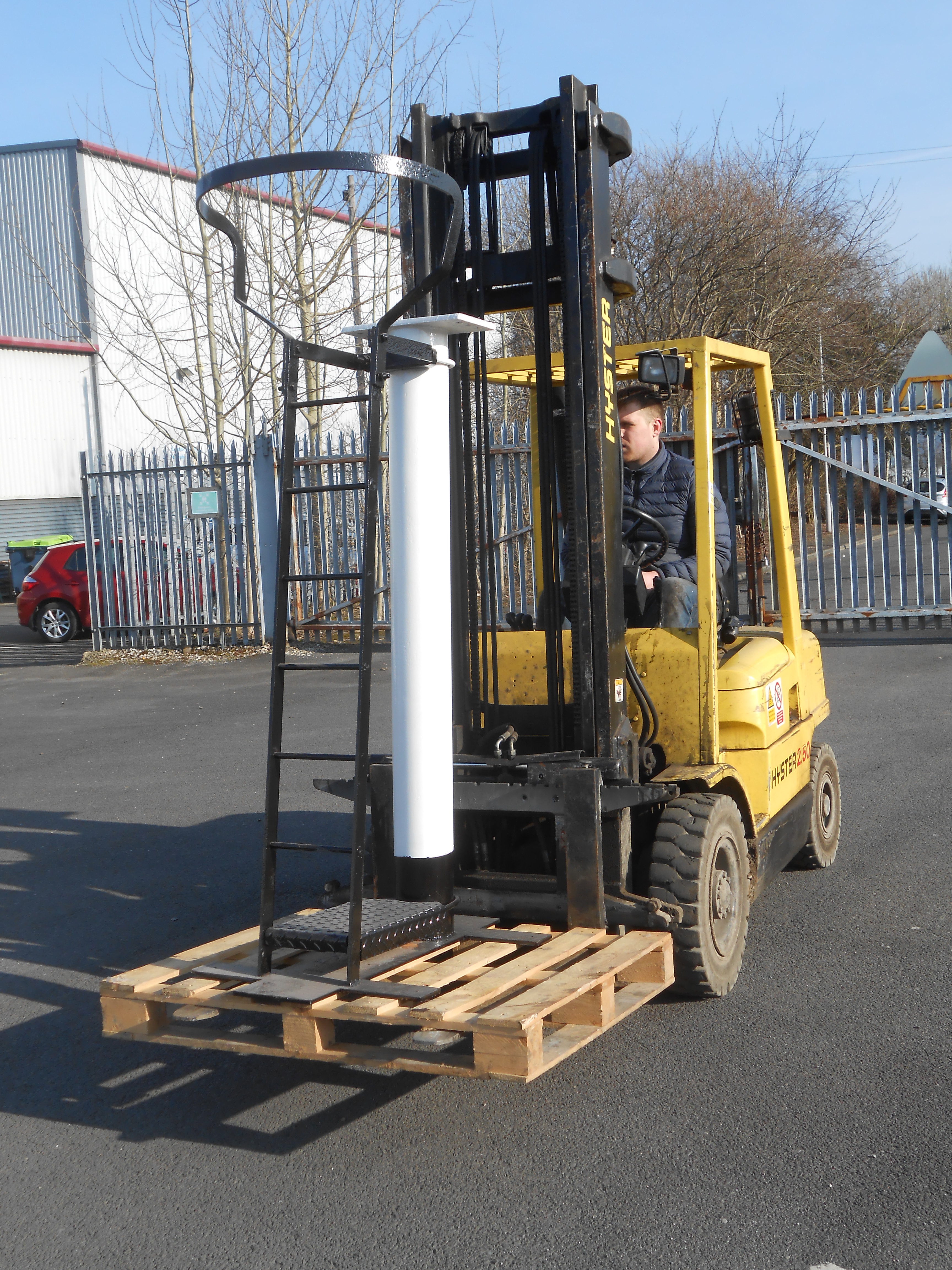 Finally for this week, one of the other tasks that has been undertaken by FRT members is the restoration of a signal post, which has been shot blasted and then painted by David. It is seen here on Saturday being driven by Matt Bedford on its way to the RSR Museum where it was united with a set of signal lights and is now ready to be wired up. 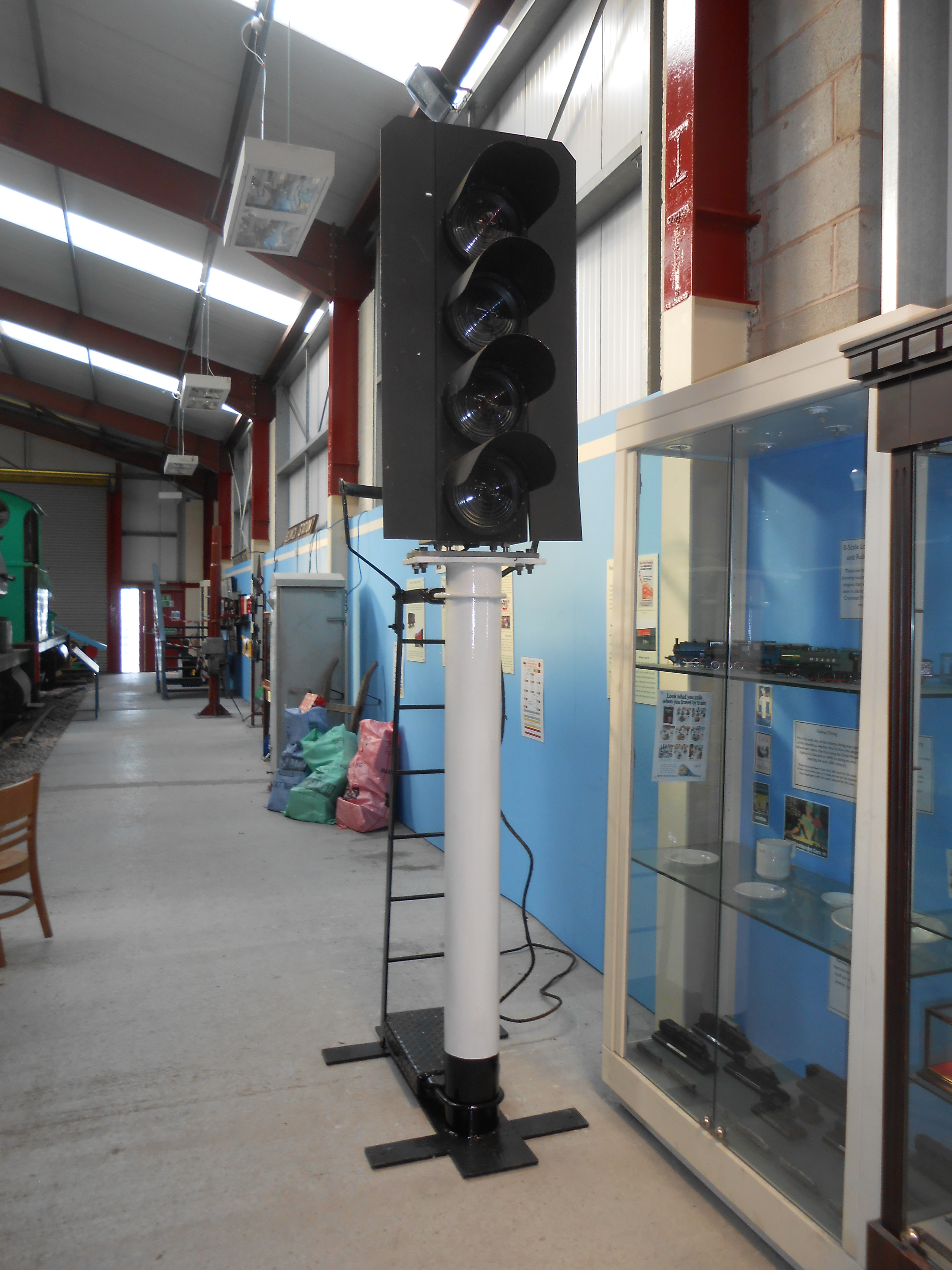