The blog has been significantly delayed this week by a combination of factors, including the need to crew steam engines and the school holidays which place demands on writing time!

However, work has continued apace at Preston on the RSR’s TPO coach, the cosmetic restoration of which is now well down the home straight. John and Tim have now applied three coats of paint to the body sides and the lining should be finished by the end of this week. 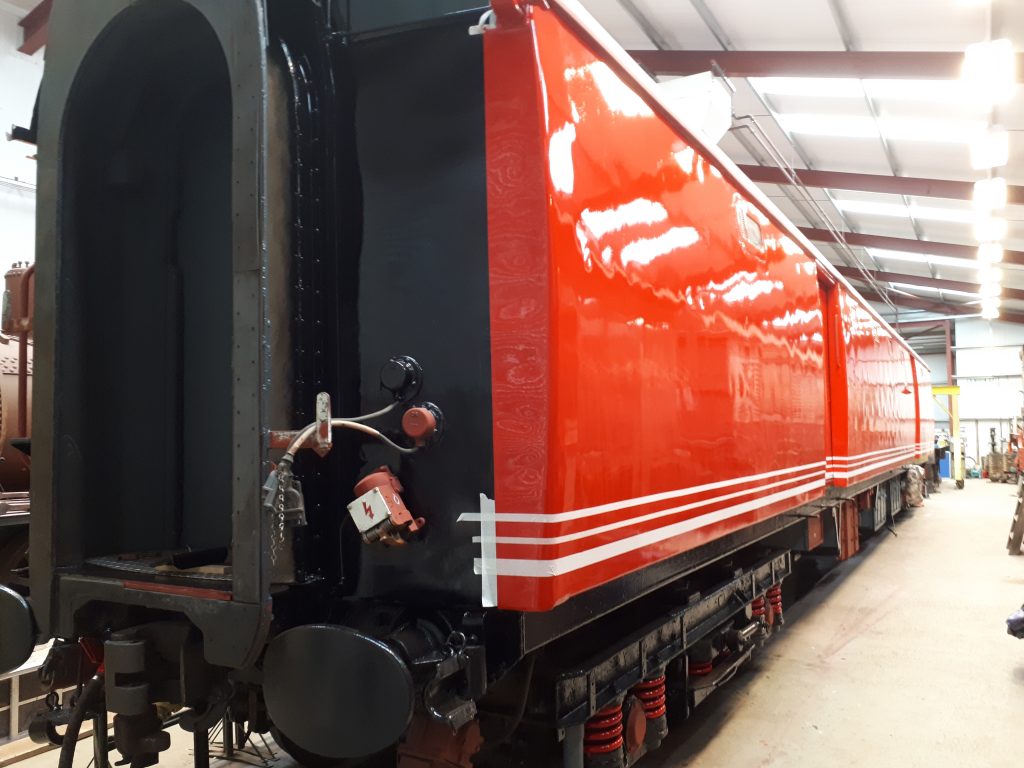 The photo shows the coach in Royal Mail red masked up ready to receive the yellow stripes along the lower panels. As can be seen from the shining bogies, Fred, Roger and John Davis have also been hard at work down below. It is planned that the vinyl Travelling Post Office lettering will be applied to the body sides next Wednesday, after which a finishing coat of varnish is scheduled for the Friday. It shouldn’t be too long after that before the coach is transferred into the museum. 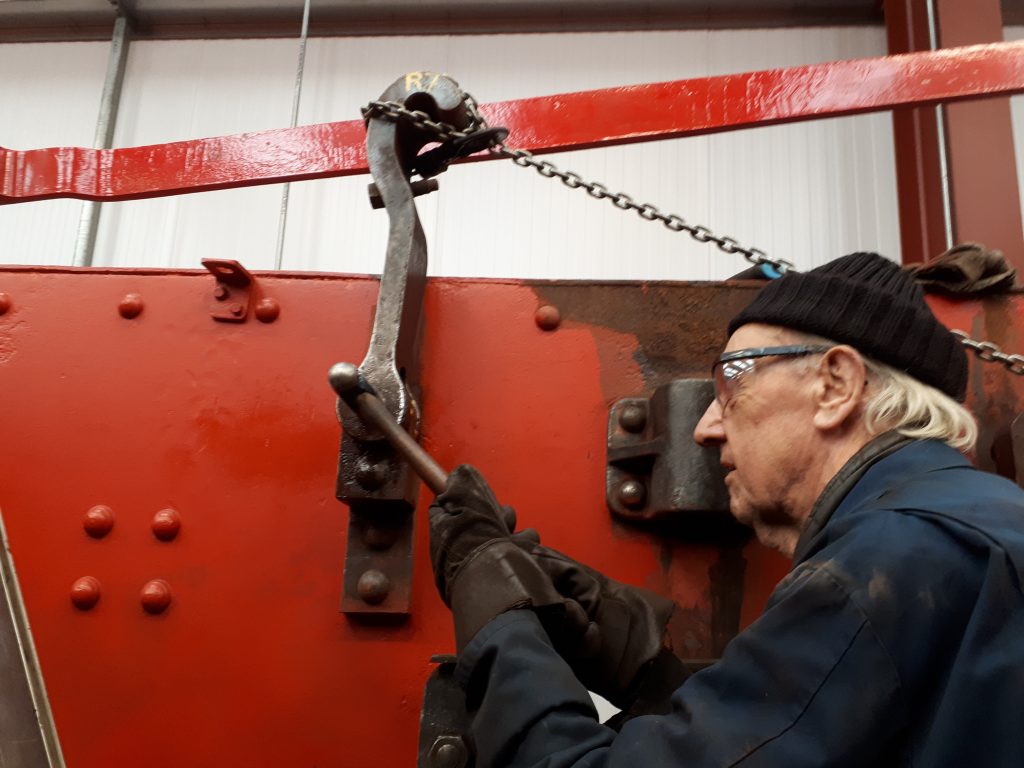 Ade and Howard have finally managed to release the first of Caliban‘s spring hangers, where the steel pins are proving to be well and truly seized up. Howard is seen here attempting to remove the second of the spring hangers. Howard is also looking to call in reinforcements as chief dismantler Adrian is due to go under the knife in Preston Royal Infirmary tomorrow so will be on light duties for a while after that. Good luck Ade! 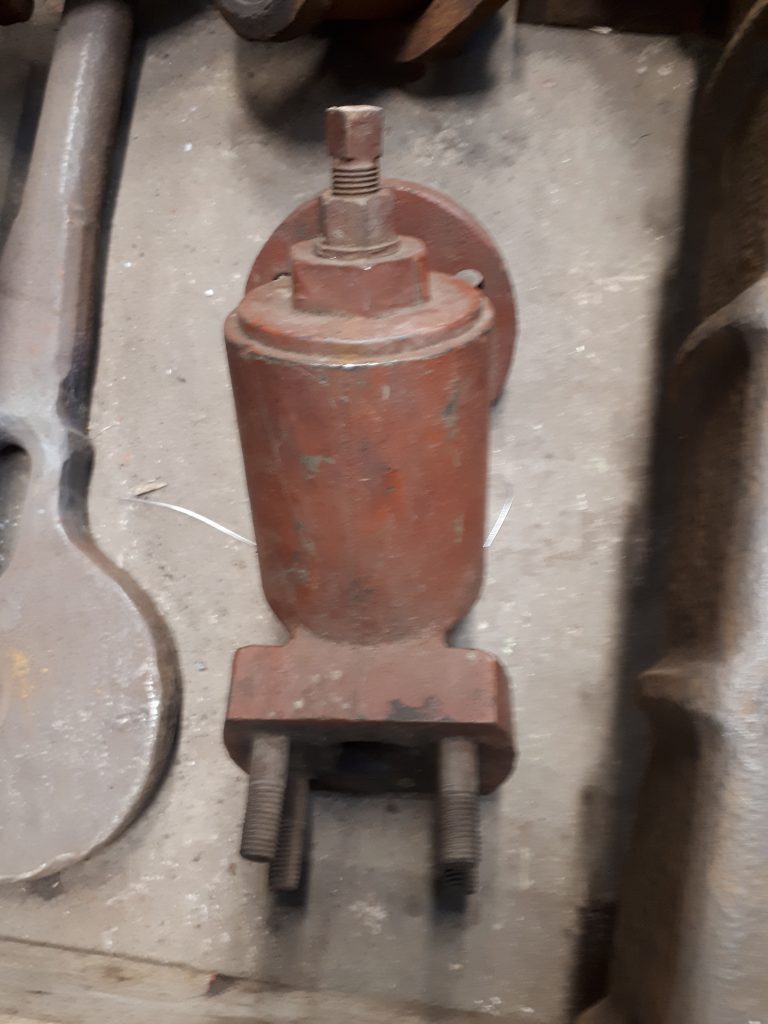 Keith continues to be on the look out for components for Wootton Hall and has been fortunate to obtain a second hand clack valve courtesy of Andy Booth. Please see Keith if you would like to contribute to the purchase of this or the two new snifting valve castings which were mentioned in last week’s blog. 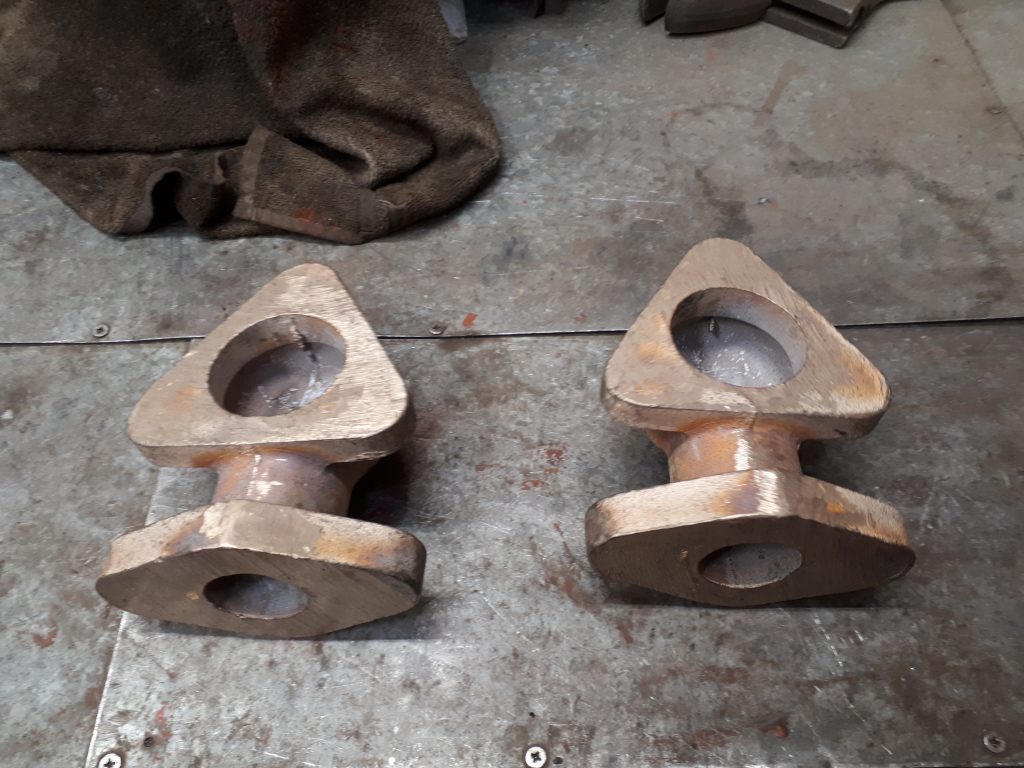 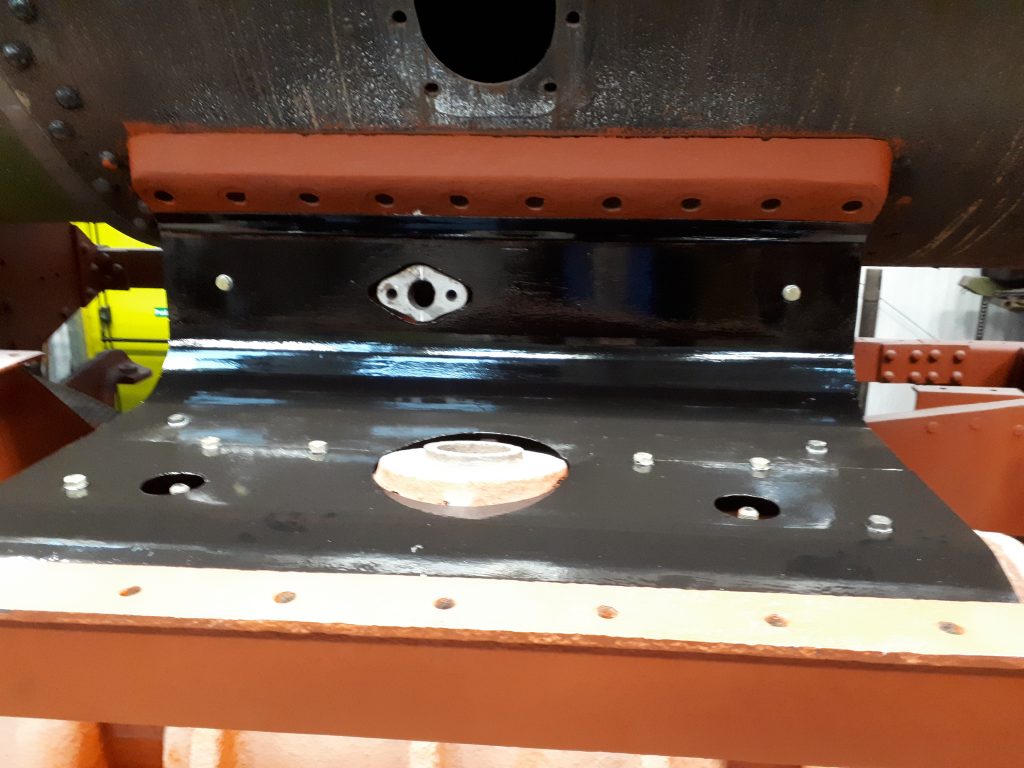 Keith has also been fabricating two plates to cover the cylinders on Wootton Hall, one of which is seen in position here.

Finally, Alan and Alison braved the cold and wet weather to go over to Locomotion, Shildon, last weekend. Alison raised some more funds whilst Alan looked after FR 20 on its penultimate set of steamings at Locomotion this year. The loco is provisionally due to leave Shildon for Preston on the 9th May.