Only a brief update this week following the late publication of last week’s blog. 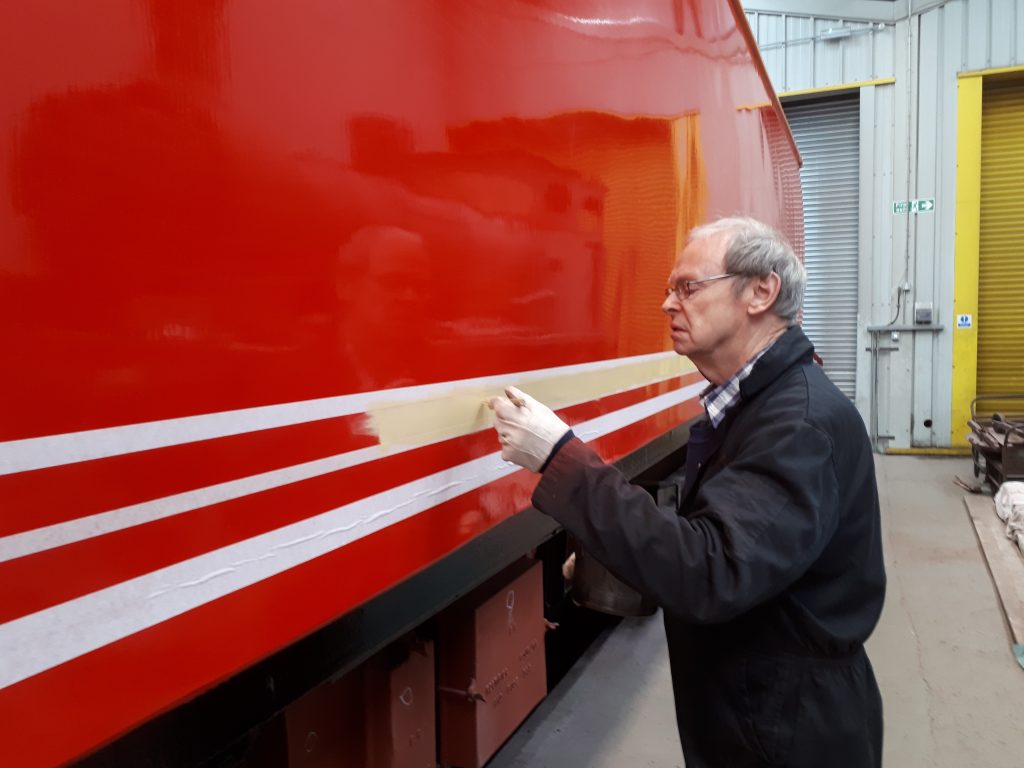 The paintwork on the RSR’s TPO is almost complete following the working parties on Wednesday and Friday. 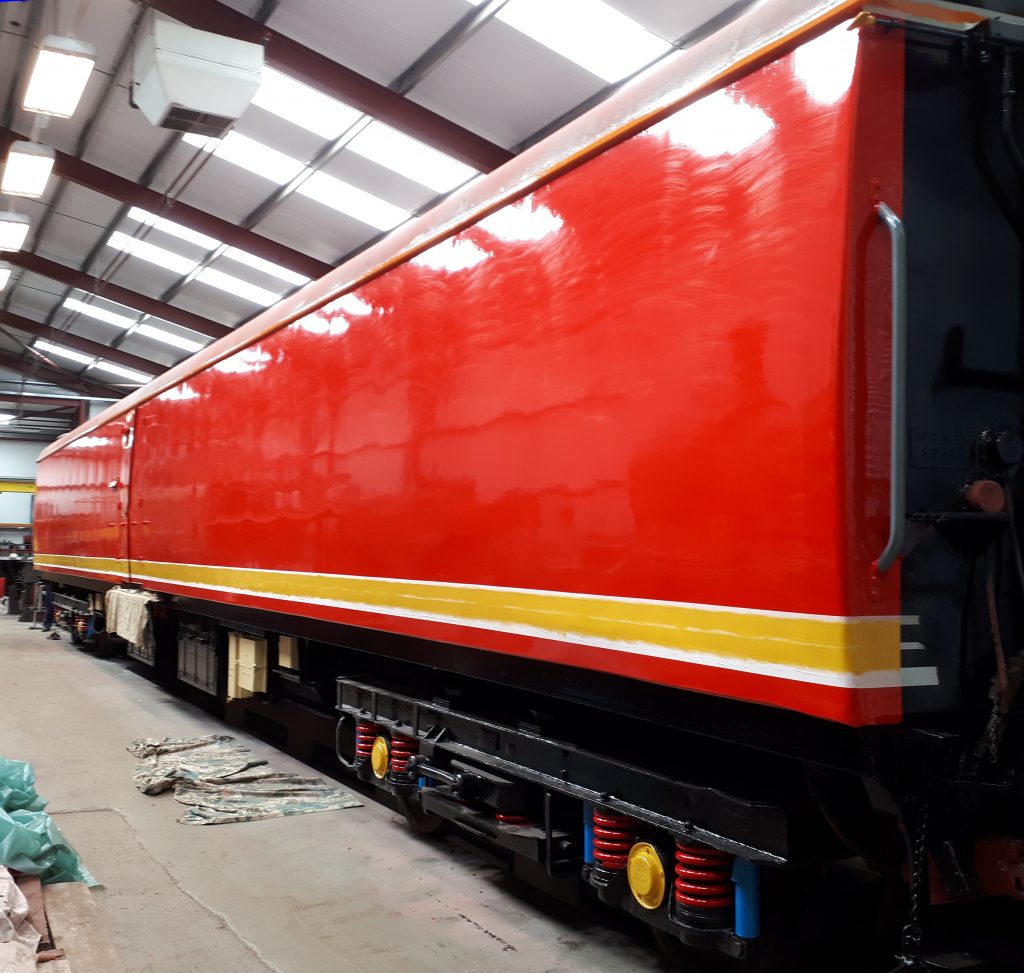 The yellow stripes along the lower panels of the body were added as was the orange electrical warning line on the gutter edges. 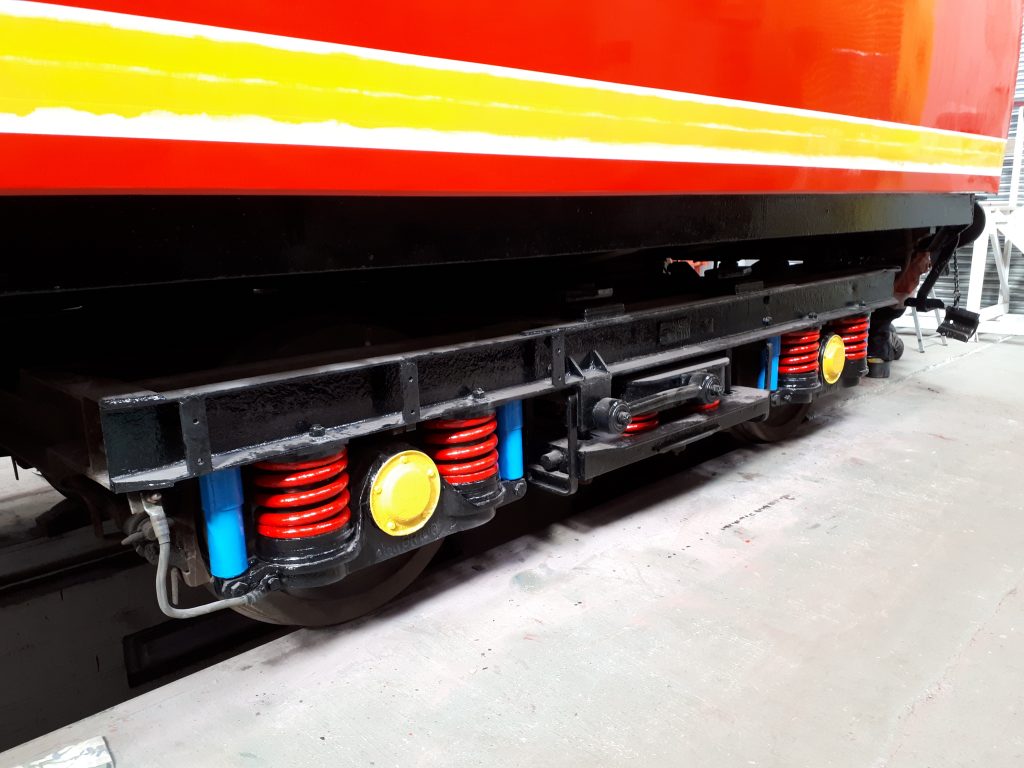 The painting of the bogies was completed on Friday with Roger adding the final touches of colour before he disappears on holiday. The vinyls should be added on Wednesday followed by a final coat of varnish on Friday.

Howard has been working alone on Caliban in Adrian’s absence. 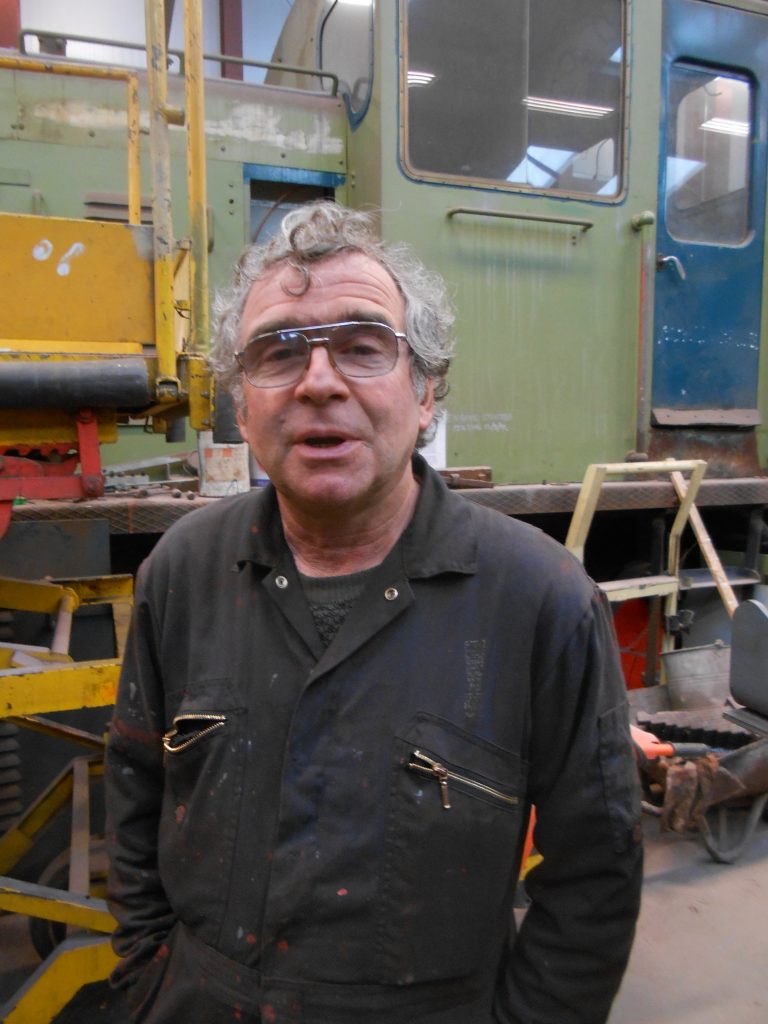 We are pleased to be able to report that Ade should now be back at home after going under the knife during a four hour operation on Thursday. He tells us that the hospital food was OK but that he couldn’t find the mini-bar! He is still feeling rather sore and reckons that it will be a little while before he will be able to continue his efforts to dismantle Caliban‘s springs.

Keith continues his work on making cylinder covers for Wootton Hall and is expecting Ian Massey back this next Friday and Saturday to do more work on the Hall’s tender frames. 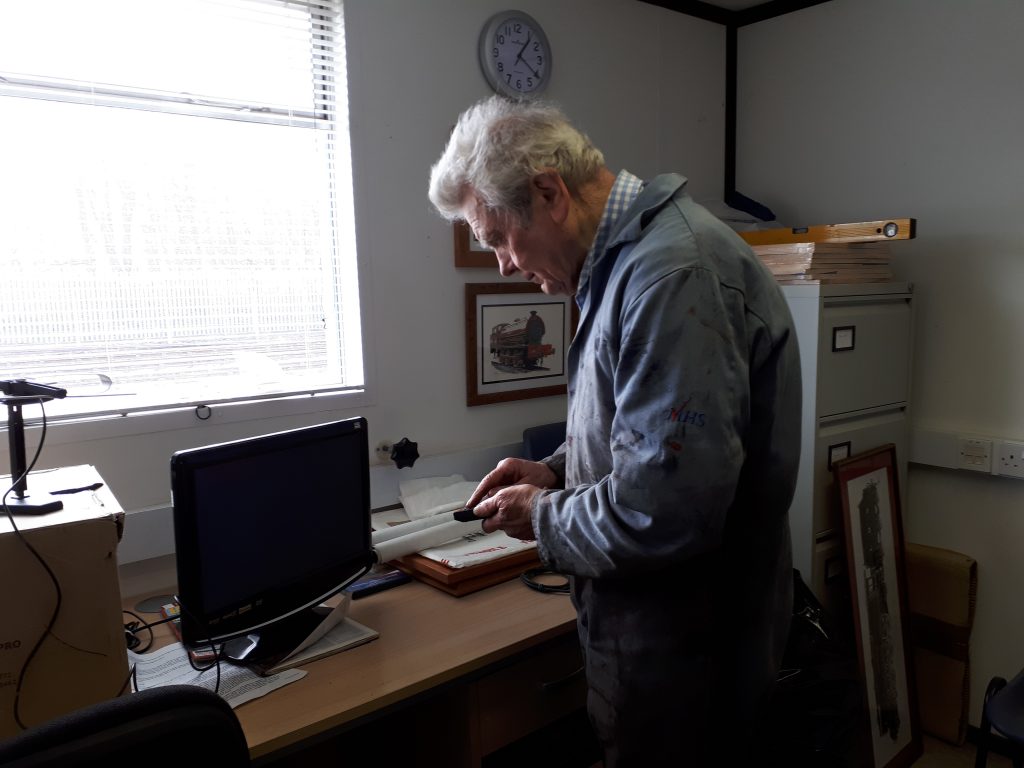 Finally, in the mess room, Fred brought in an inside aerial to try out on the TV but was unable to get much of a picture with it. It looks as if we will have to invest in a proper outdoor aerial sometime.