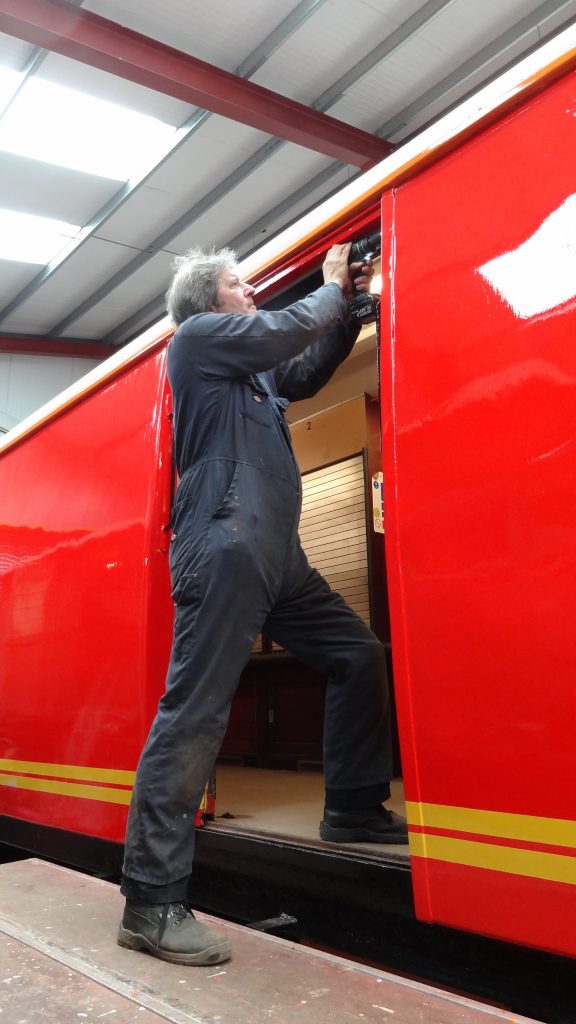 The RSR’s TPO spent its last week in the FRT’s shed as Mike (above) and Paul (below) fitted the brush strips alongside the sliding doors and John Dixon cleaned the windows and touched up some of the paintwork. 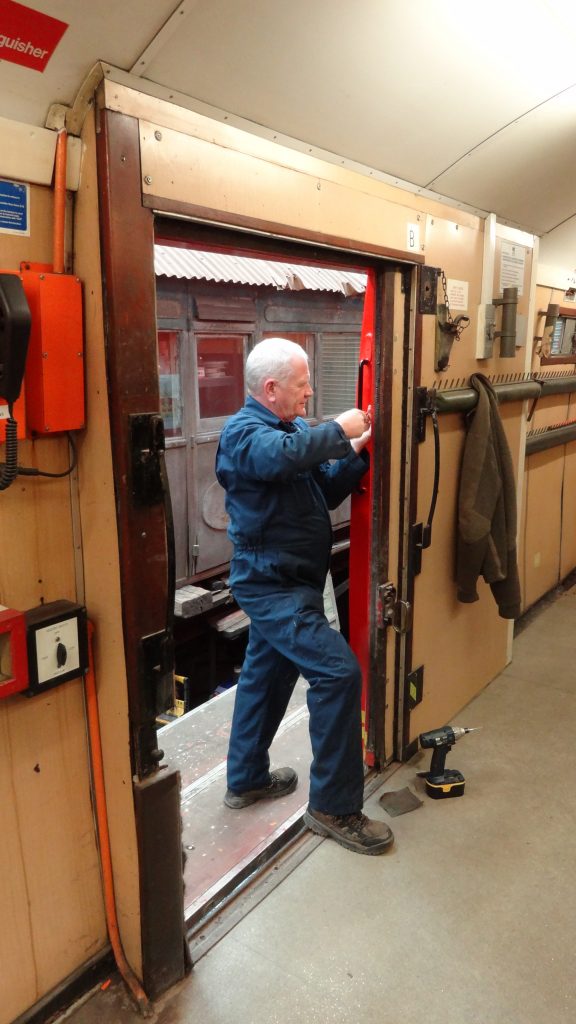 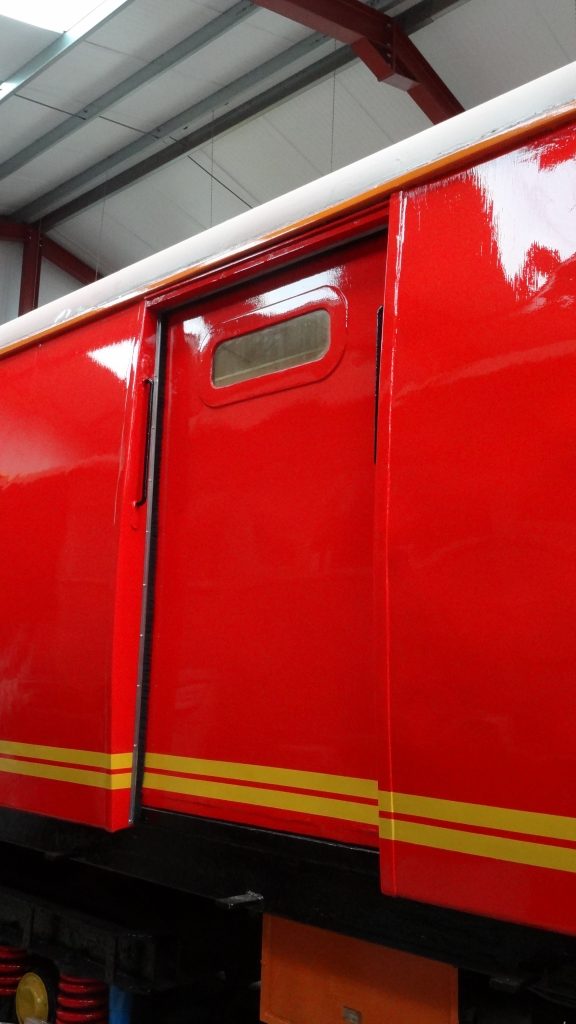 It It is planned that the TPO coach will be moved out of the shed today and replaced by the Great Eastern Railway Royal Saloon No. 5 which will need a little TLC to its upholstery and exterior varnish after being in use at Beamish for eight years. And, of course, there are still some jobs that we never finished off in the first place! 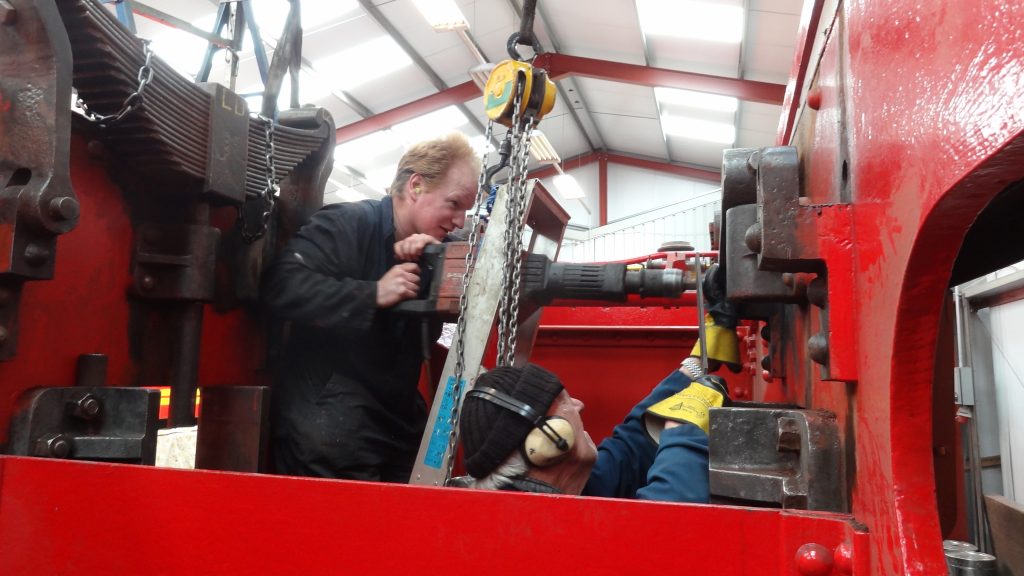 Chris Rycroft and Howard Fletcher are seen here between Caliban‘s frames last Wednesday manoeuvring a jack hammer into position in order to try and remove another of the very stubborn spring hanger pins. One pin was removed on Wednesday but it looks as if it will be necessary to drill out the other pins, which will no doubt take some considerable time and effort. 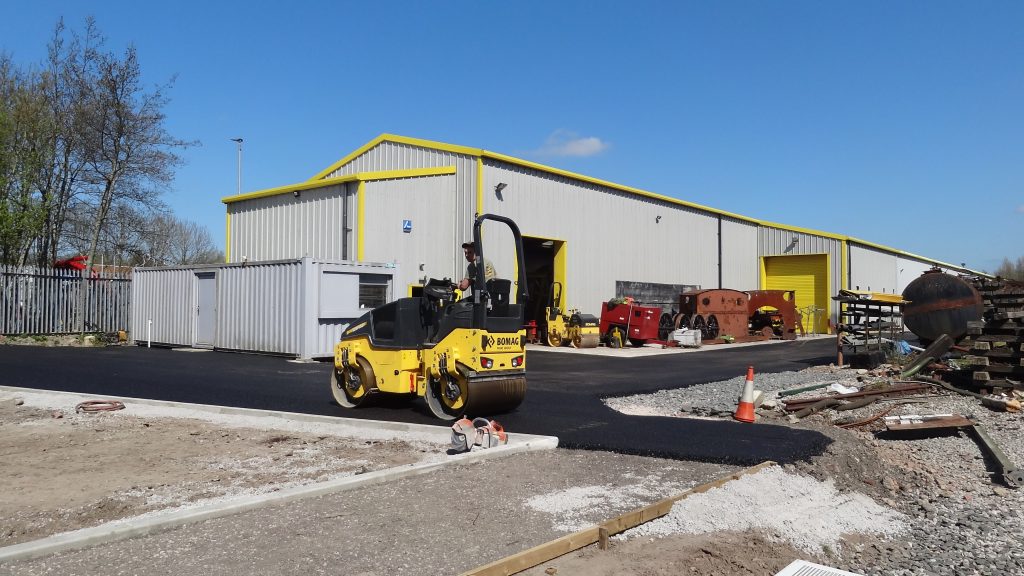 Outside the shed, tarmac was laid on Friday in preparation for the creation of the Ribble Steam Railway’s new children’s playground. 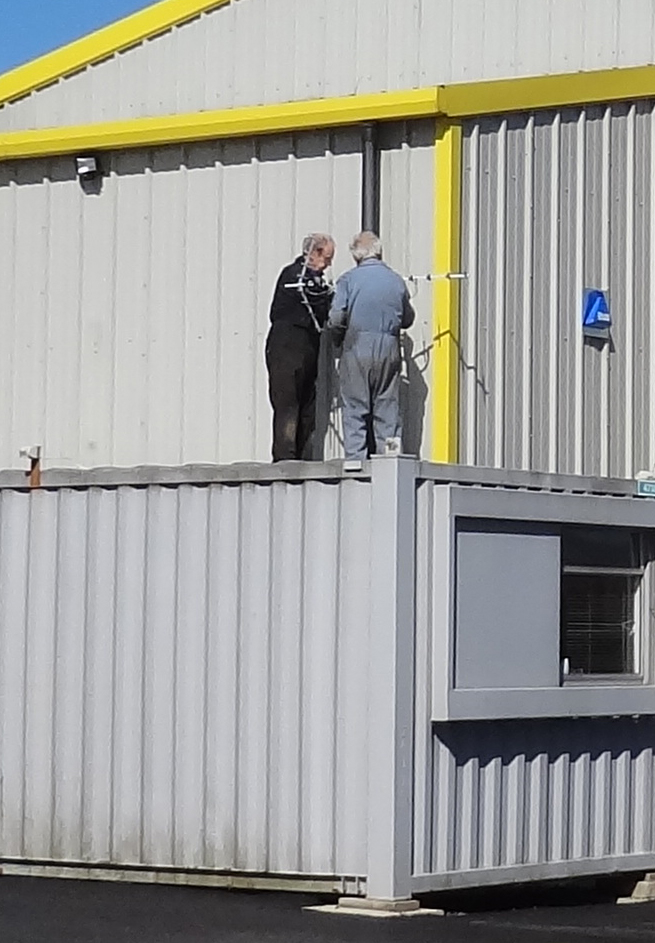 John and Fred were on the mess room roof in order to fix a new outside aerial, and the completed tarmac and aerial can be seen here. 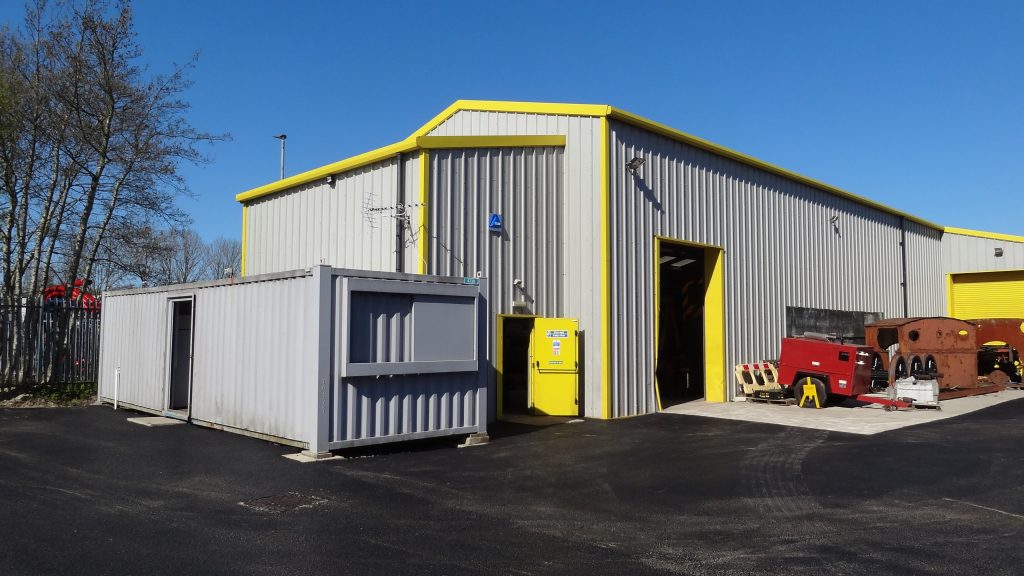 Inside the mess room John has fitted a much needed new towel rail.

Keith has taken delivery of two new sheets of steel as he proceeds with the re-building of the top of the tender frames. With the TPO coach finished, Mike reverted to chasing up electrical faults on the FRT’s former RMB and discovered new fuses that didn’t actually contain any fuse wire..! 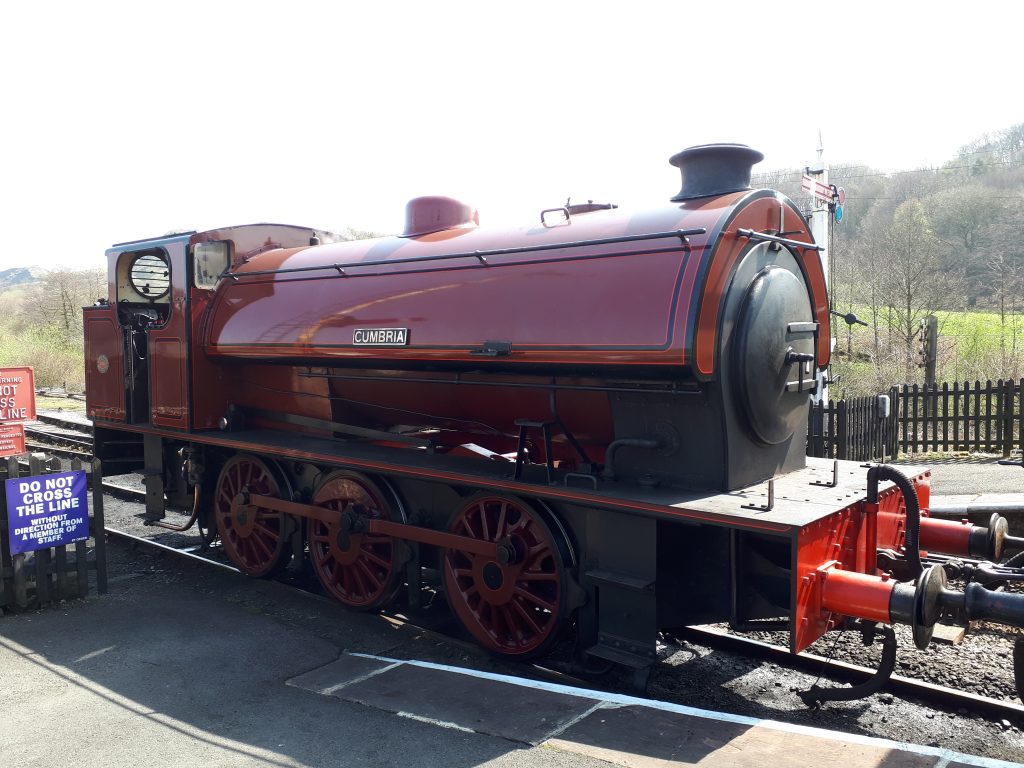 Cumbria arrived at Embsay as scheduled last Thursday and was pressed into traffic straight away on Saturday and Sunday. Alan and Tim each went for a footplate ride on the old ‘Red Rocket’ on Saturday and proclaimed that it was good to see it back in action closer to home. Cumbria is seen here at Embsay on Saturday ready to depart with the 13.30 train to Bolton Abbey. 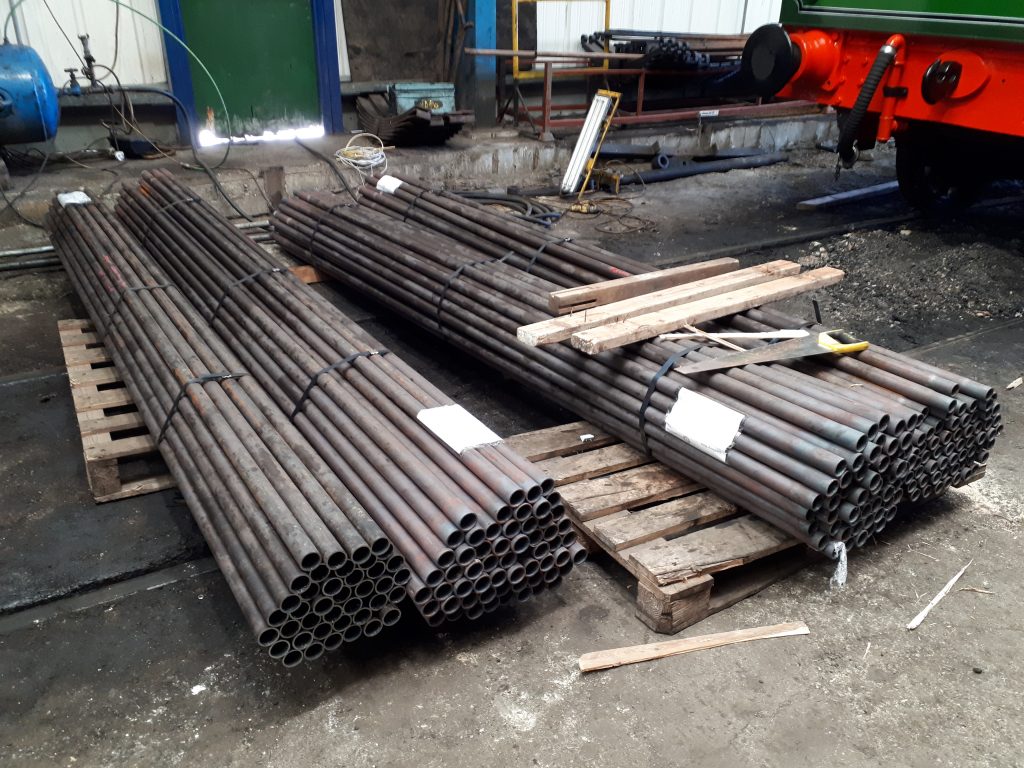 Also seen here at Embsay are the new small boiler tubes for 5643 which had arrived and are now waiting to be fitted by Andy Booth.

Finally there was a very long meeting of, the Trustees last night, which finished at 11.45 pm, having been on the go since 8 pm. It seems  that the forthcoming challenges of the new General Data Protection Regulation were of rather more interest to everyone than might have been anticipated! Members should expect a letter on the subject in the post over the next week or so.