The blog may have been off line for a holiday break for a couple of weeks but there has been plenty happening in the meantime. 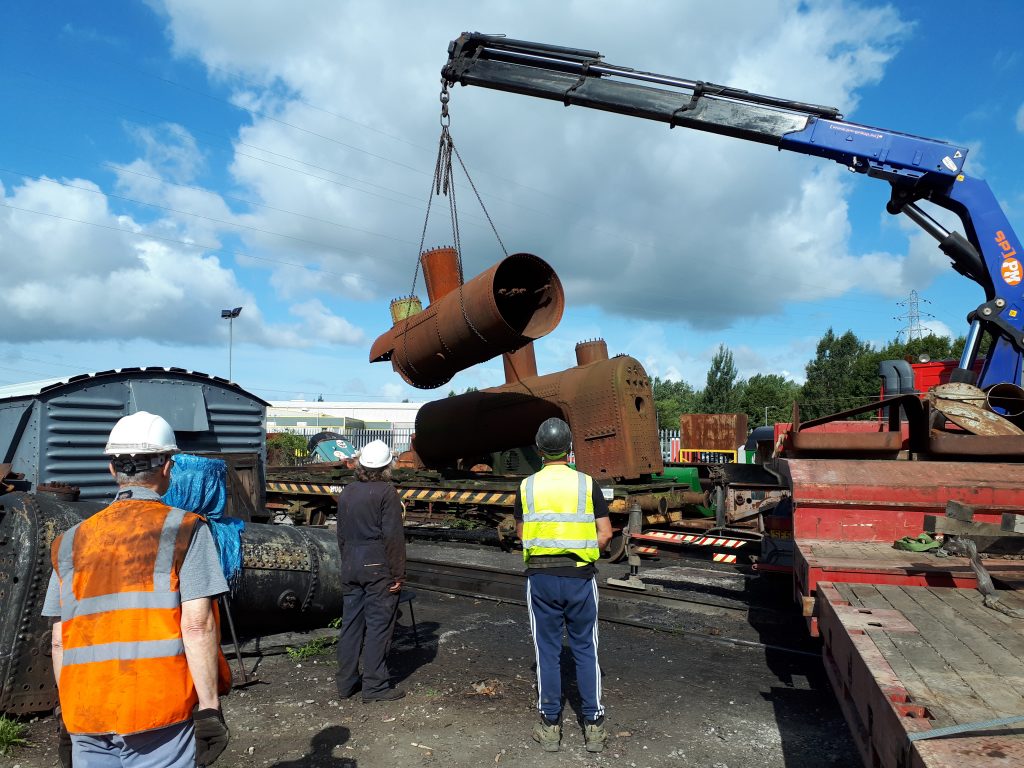 Headline news has been the arrival at Preston last Wednesday of FR 25’s boiler, albeit as a kit of parts. Tim received news by email of the need to move the boiler from Stockton whilst he was out of telephone contact on holiday in Cornwall. It took three journeys to the top of the local hill to get reception and organise the move, which was done with great help from Jacqueline at Northern Steam Engineering who made the arrangement for a hi-ab to transport the components as a crane could not be guaranteed to be present at Preston. In the end, the boiler was loaded a day early last Tuesday and so made an early arrival at Preston on the Wednesday morning. Fortunately, the former Furness Railway bogie bolster had already been shunted into position and the hi-ab departed back off to the north east at 10.45. 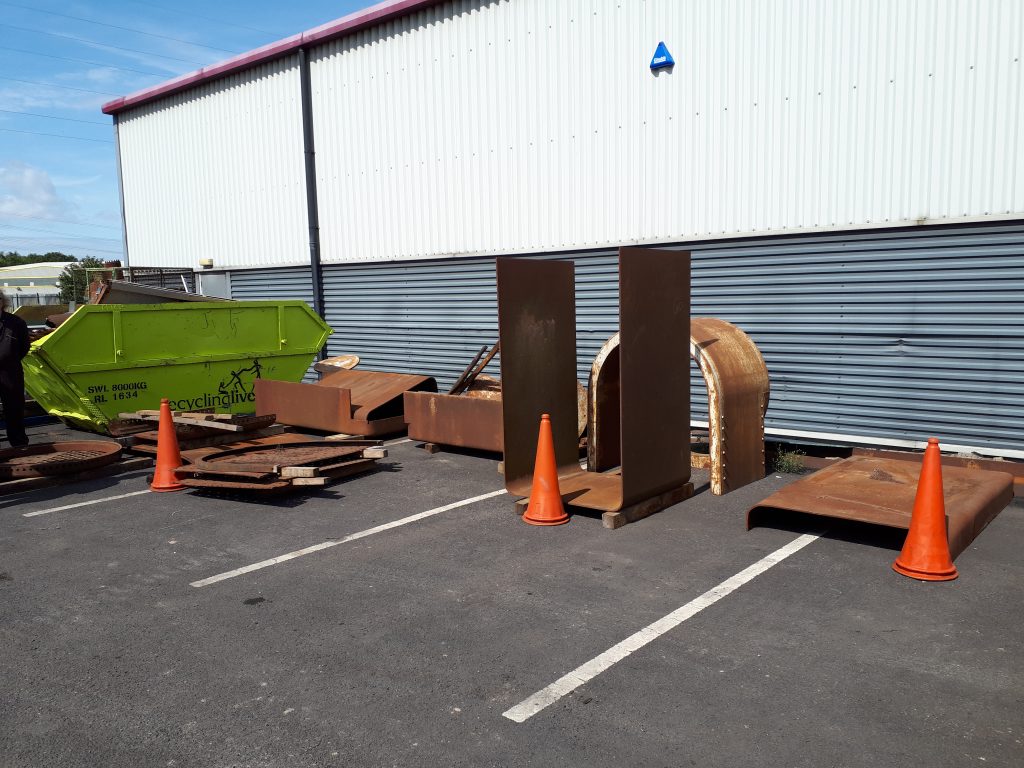 The other components were placed in the car park and will need to be moved this next Wednesday. 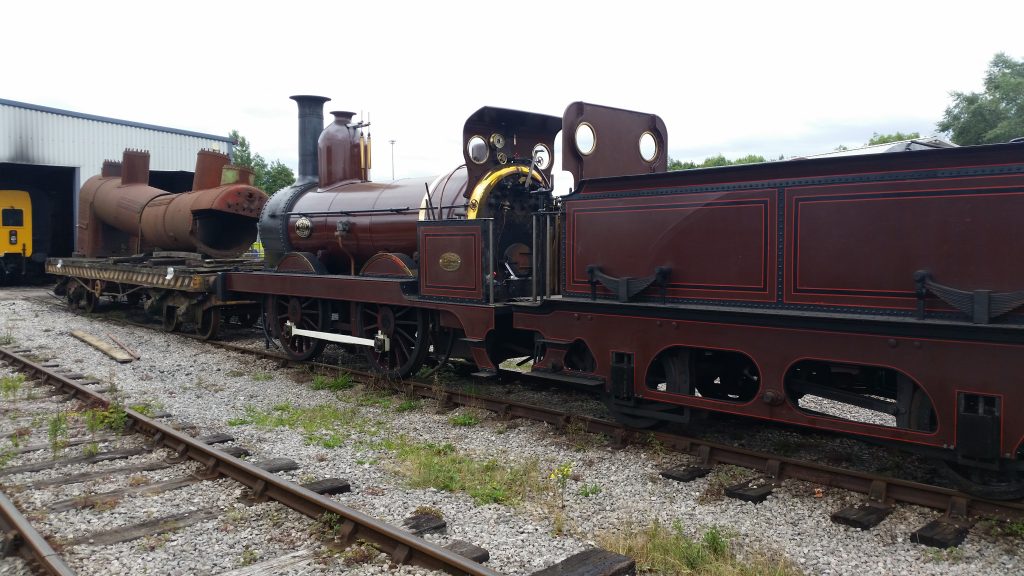 During the ensuing shunt moves there was a rare sight captured with FR 20, the FR bogie bolster and two boilers which have adorned ex Furness Railway locos. 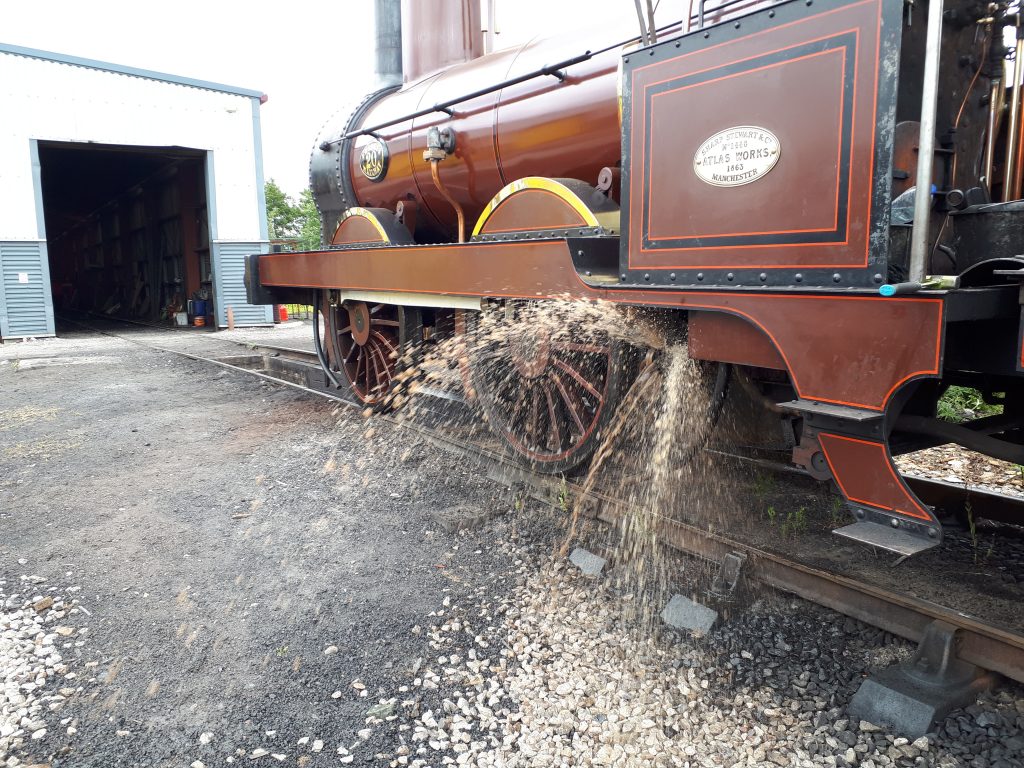 Work has started on the overhaul of FR 20, with the ceremonial draining of the water from the boiler on the Wednesday the 18th July. 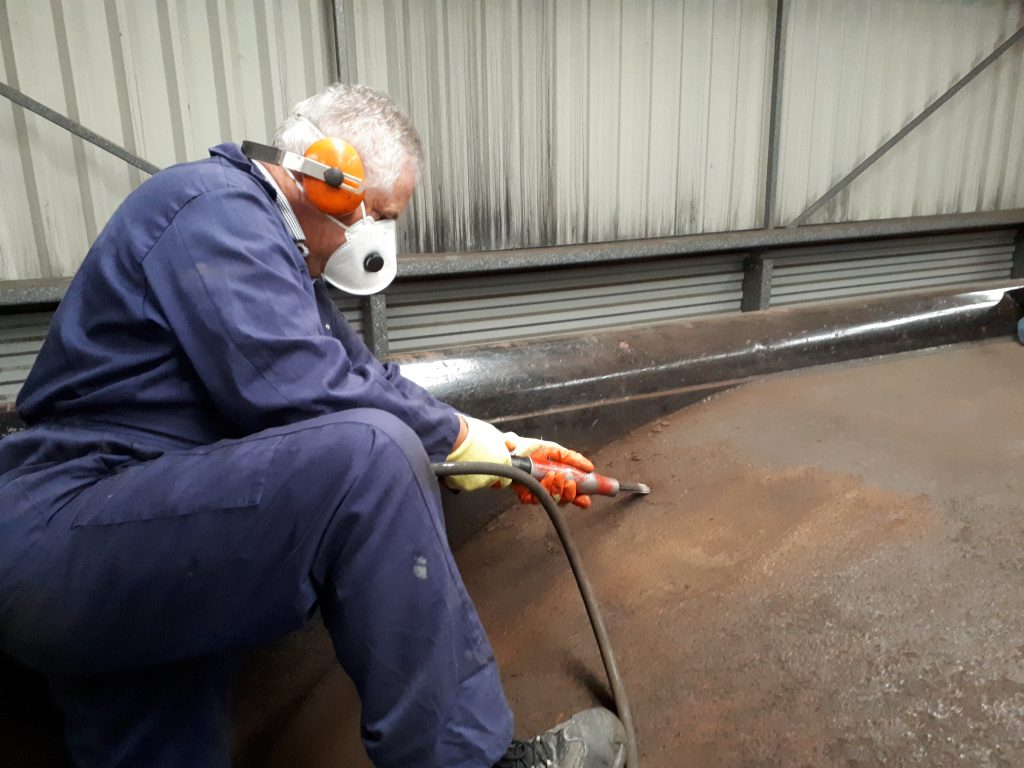 Last Friday Tim started the job of cleaning down the driving wheels and John Davis commenced the task of de-scaling the coal space in the tender. 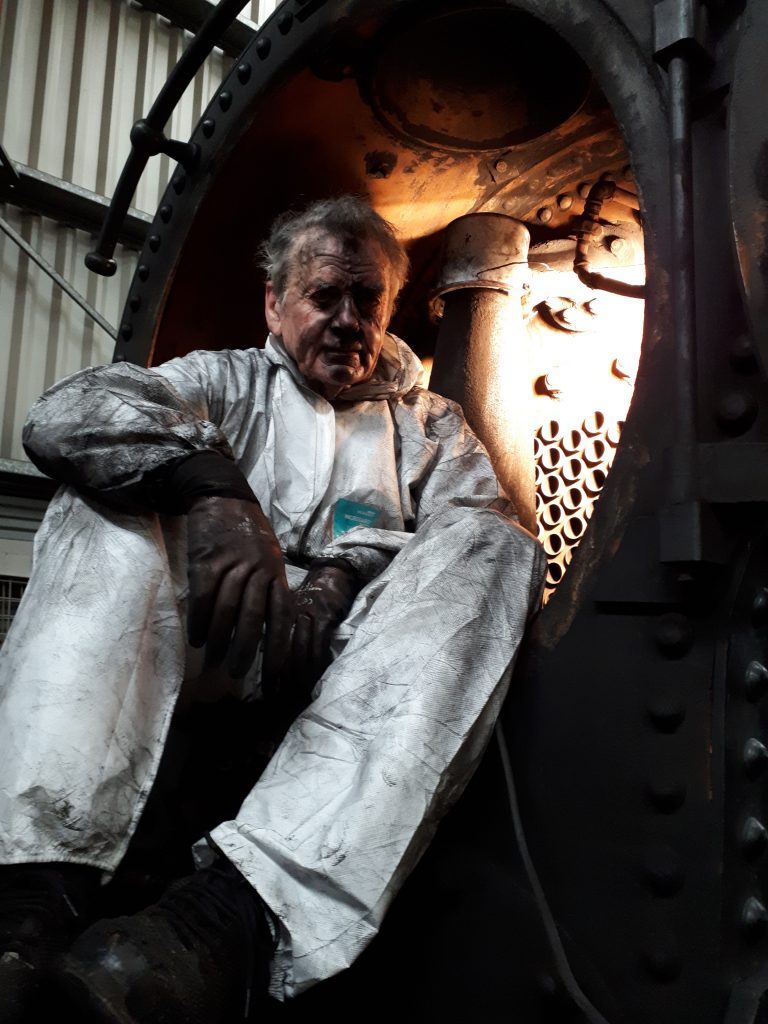 Fred also took the opportunity to reprise his role as principal cleaner of FR 20’s smokebox! 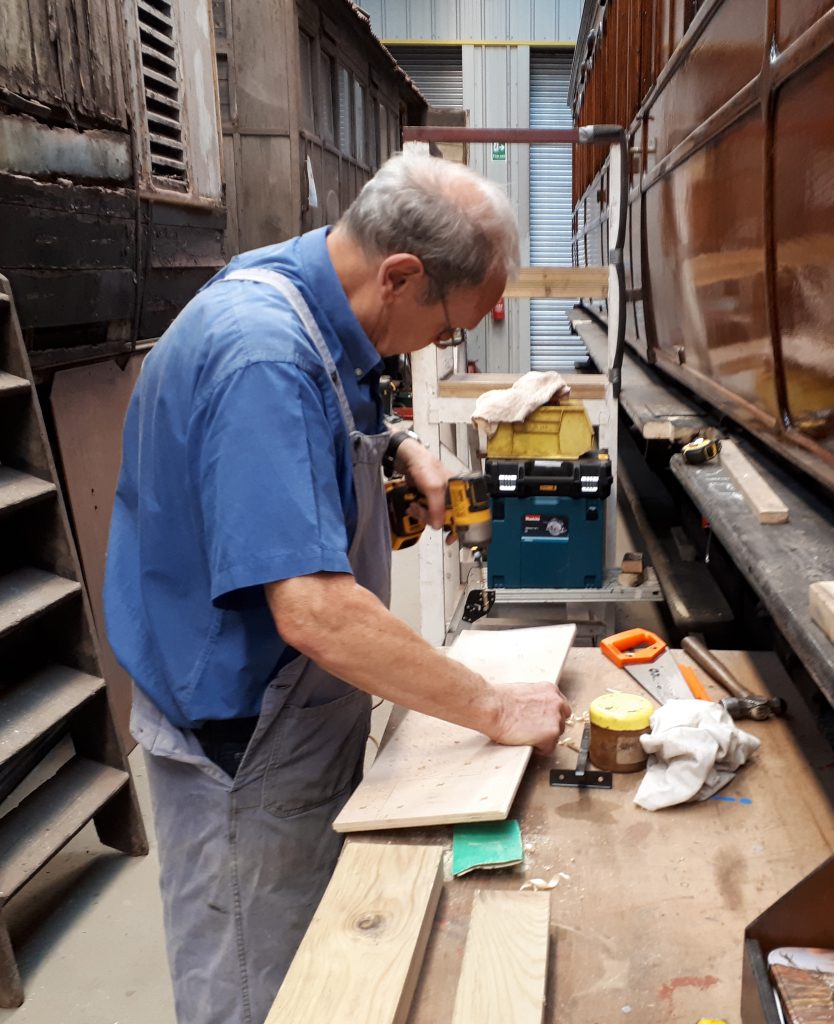 John Dixon has continued to undertake woodwork repairs to the Great Eastern Royal Saloon and is seen here repairing one of the step boards. 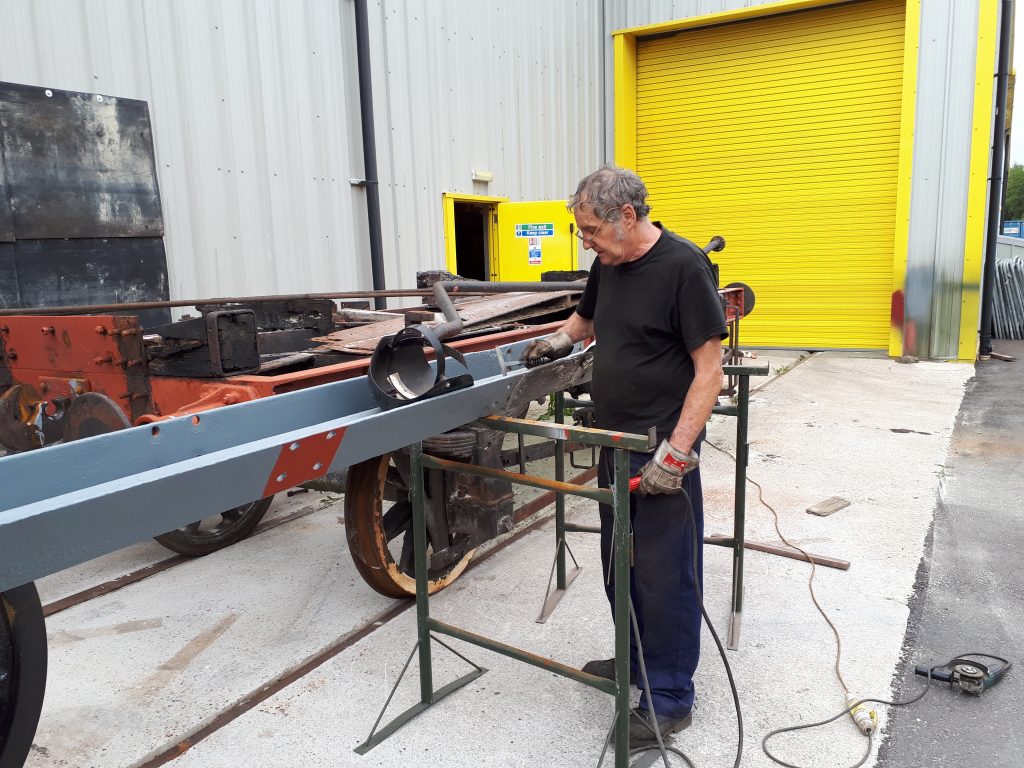 Keith has made more progress with Wootton Hall‘s tender and has been fettling up the recently shot blasted tender hanging plates. 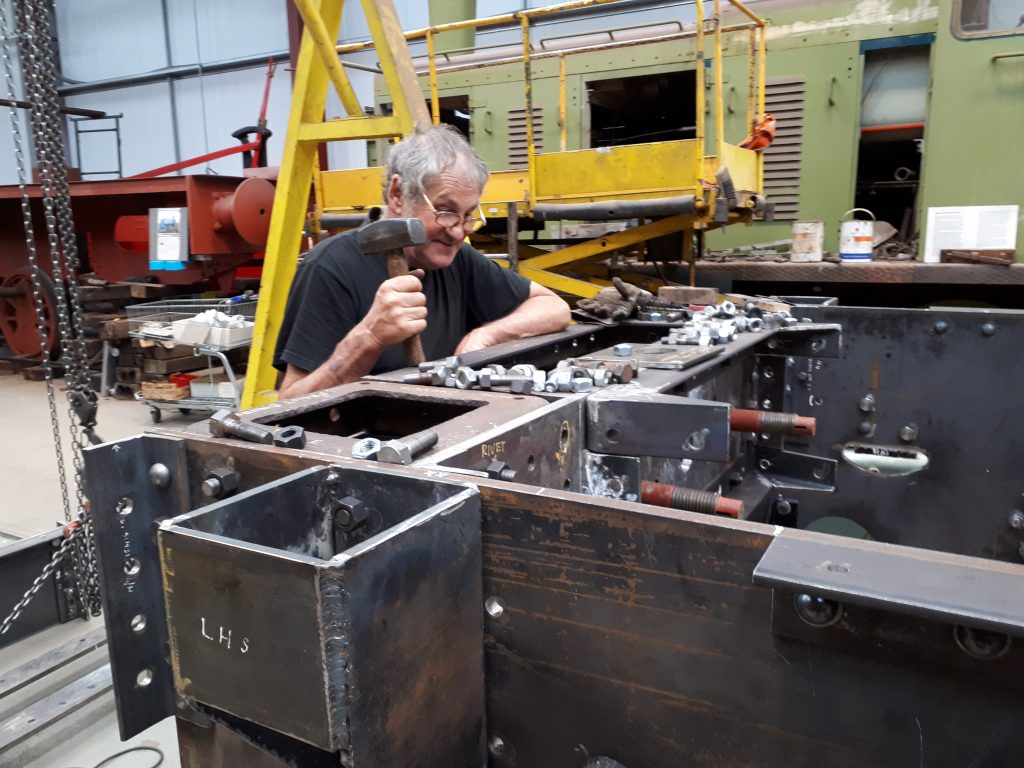 There has been more riveting of the tender frames and Keith is seen here pondering the next move in the restoration.

Cumbria has been out of traffic at Embsay recently owing to excessive amounts of from steam passing through the regulator when it was closed. Many people have looked to solve the problem and Andy Booth appears to have come up with a likely answer requiring a small modification. Things were looking much better yesterday and it is hoped that it will be back in traffic soon. It is also hoped to undertake a formal hydraulic on 5643 this week. Keith and Fred paid a further visit yesterday and Keith is scheduled to return to Embsay tomorrow (Tuesday) to start the process of re-assembly. 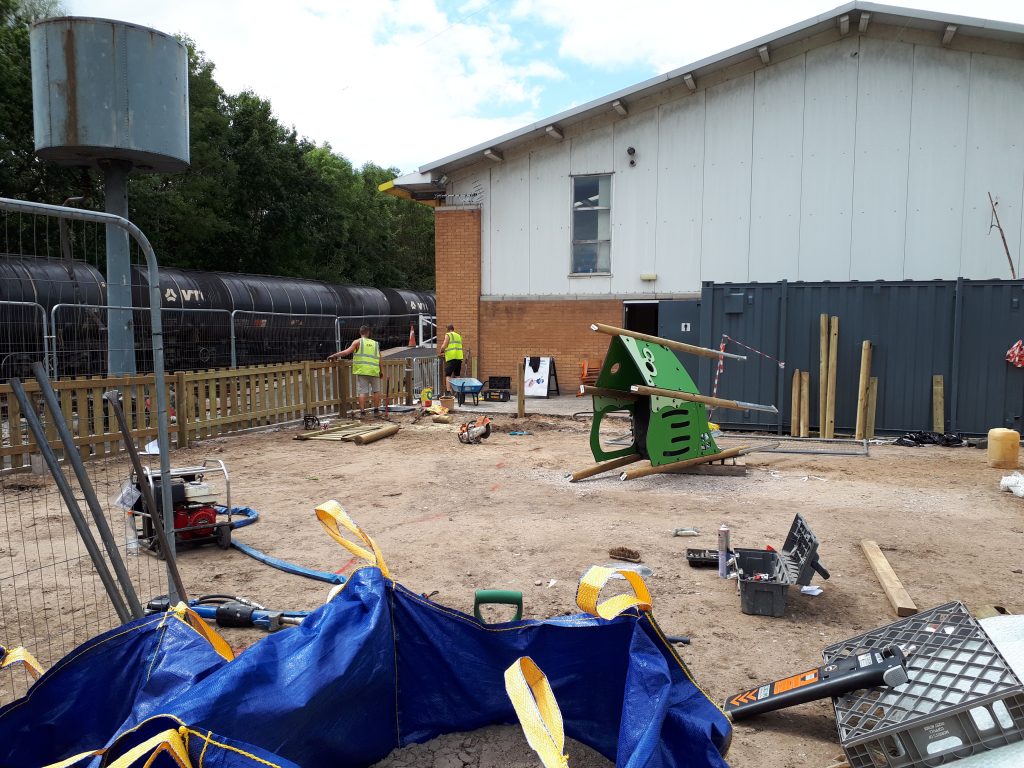 Elsewhere at the Ribble Steam Railway a start was made last Wednesday on fitting out the new children’s playground. Groundworks are scheduled to take place from next Monday. 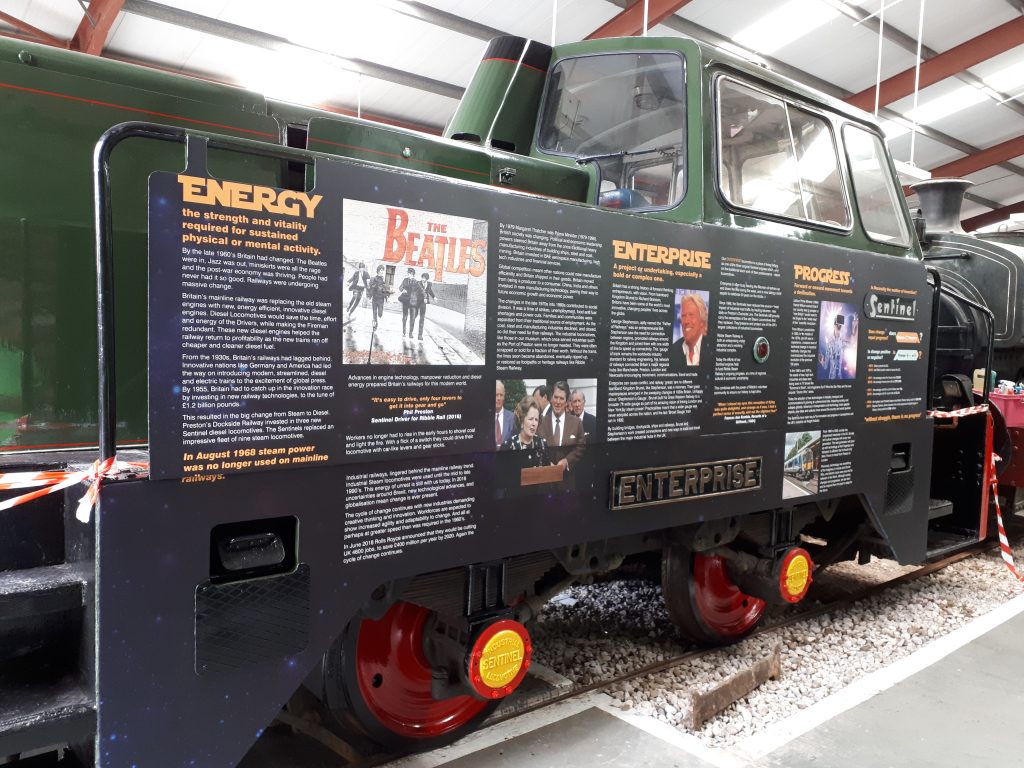 The RSR’s Sentinel 0-4-0 Enterprise, which is in the museum as part of the Sentinel display, has received a wrap depicting  events over the last 50 years. 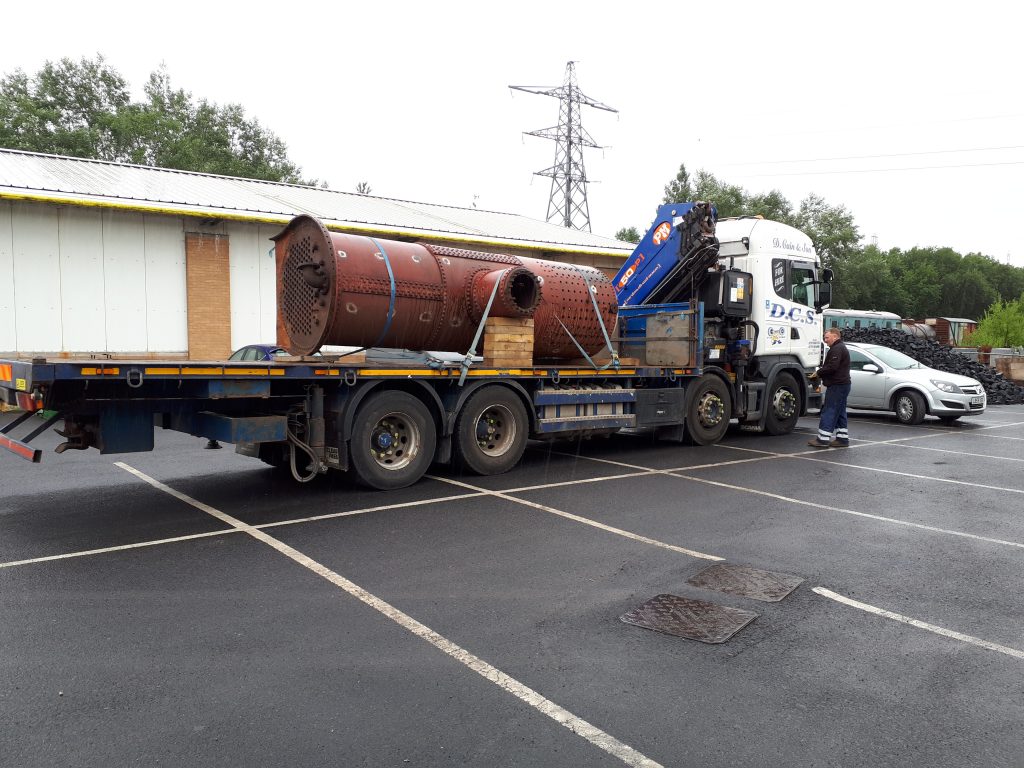 The boiler for Hunslet 0-6-0ST Glasshoughton No. 4 arrived back from Llangollen last Wednesday. 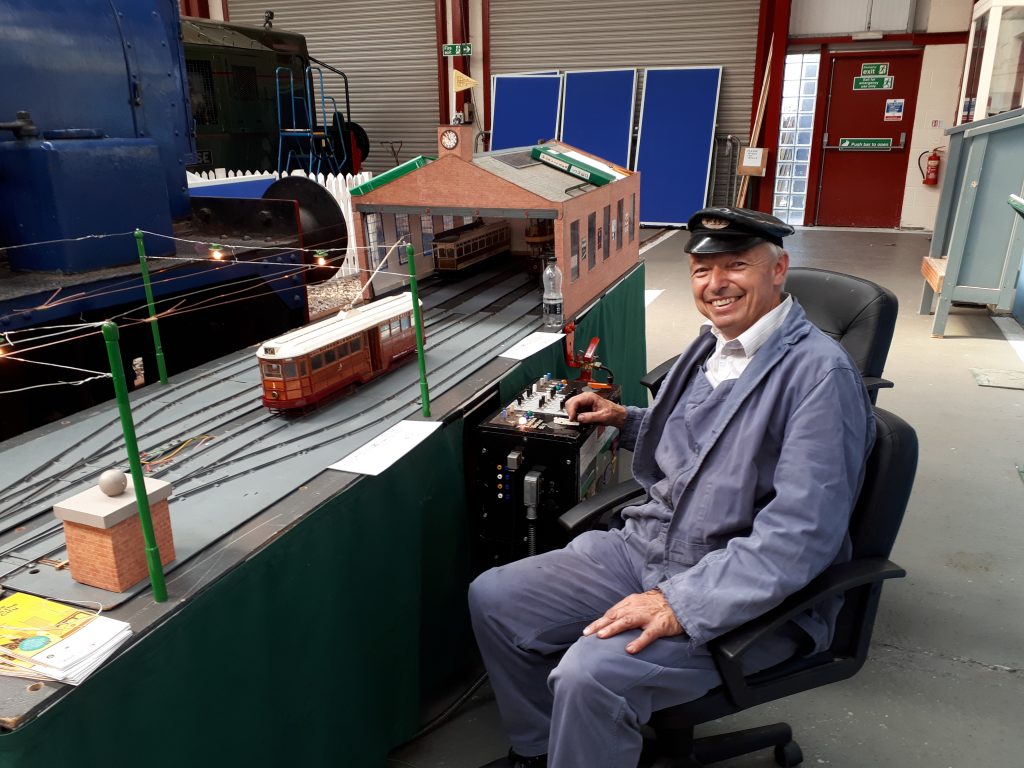 Finally, an impressive 100ft long model tram layout returned to the RSR this last weekend and Tim is seen here doing some moonlighting, driving trams in between driving the steam service yesterday!