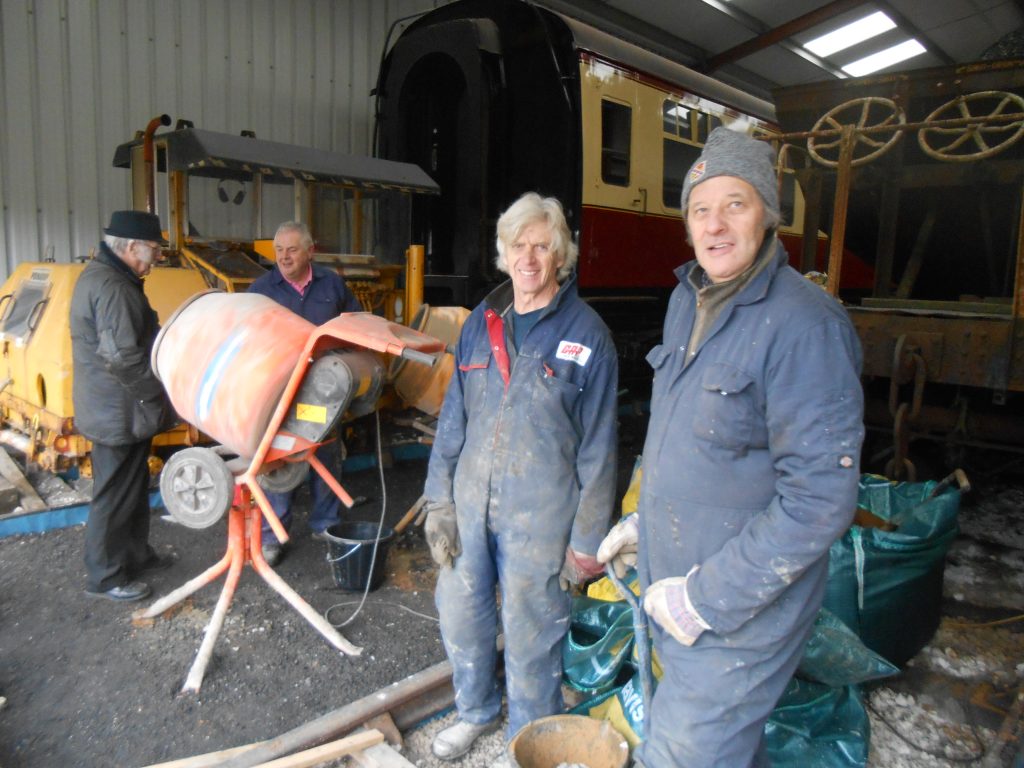 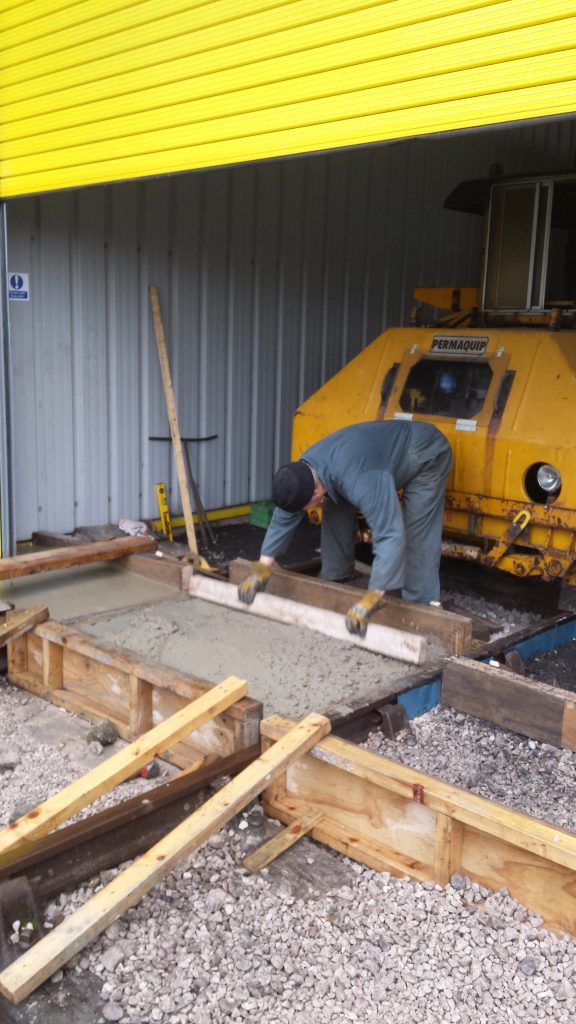 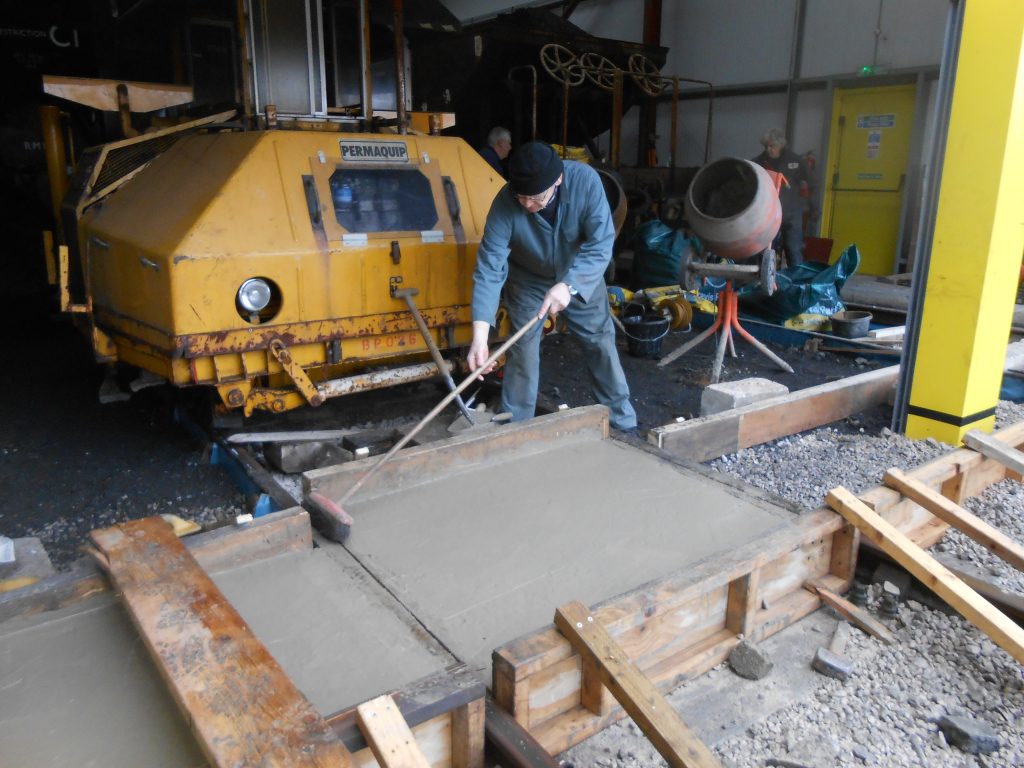 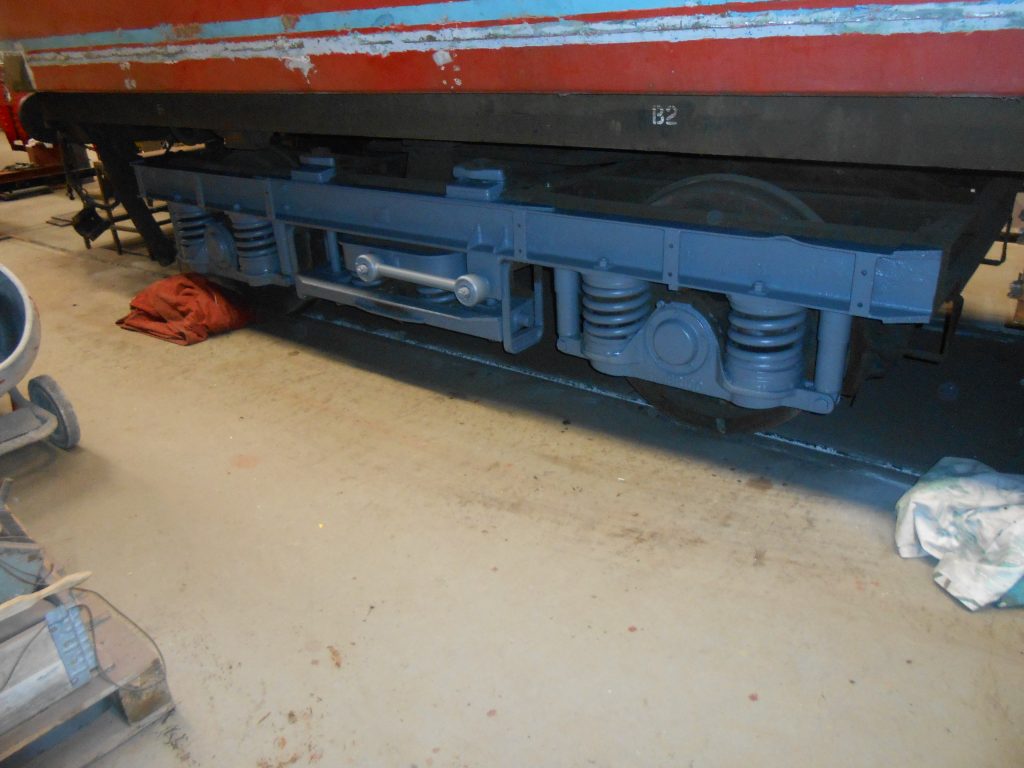 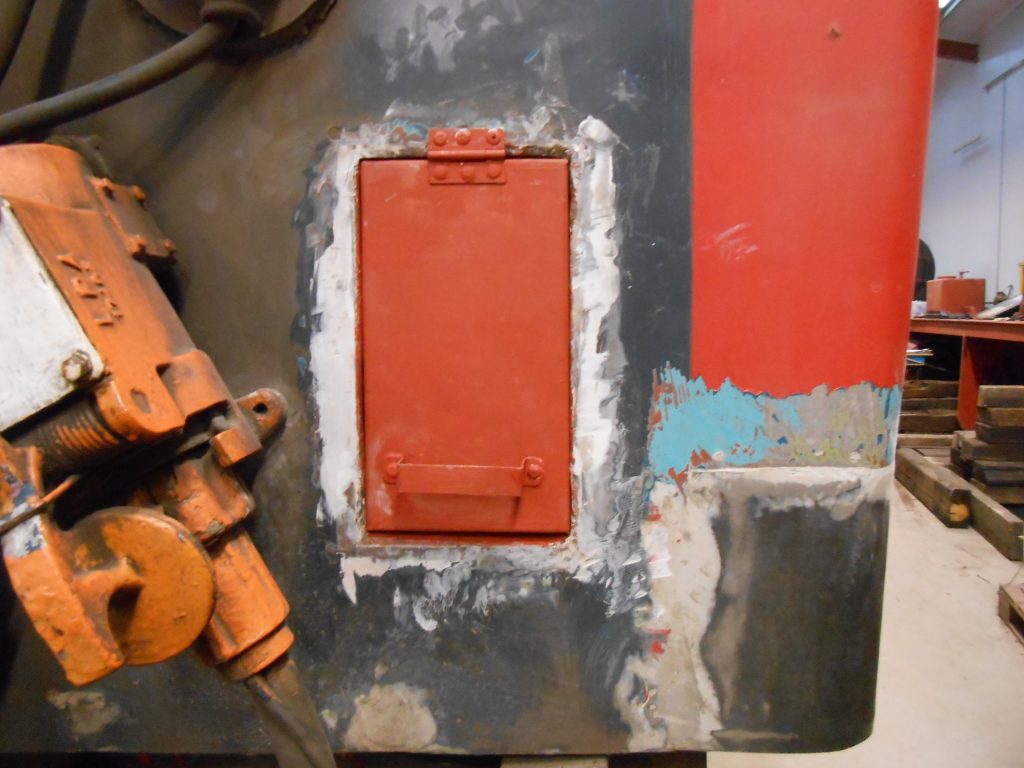 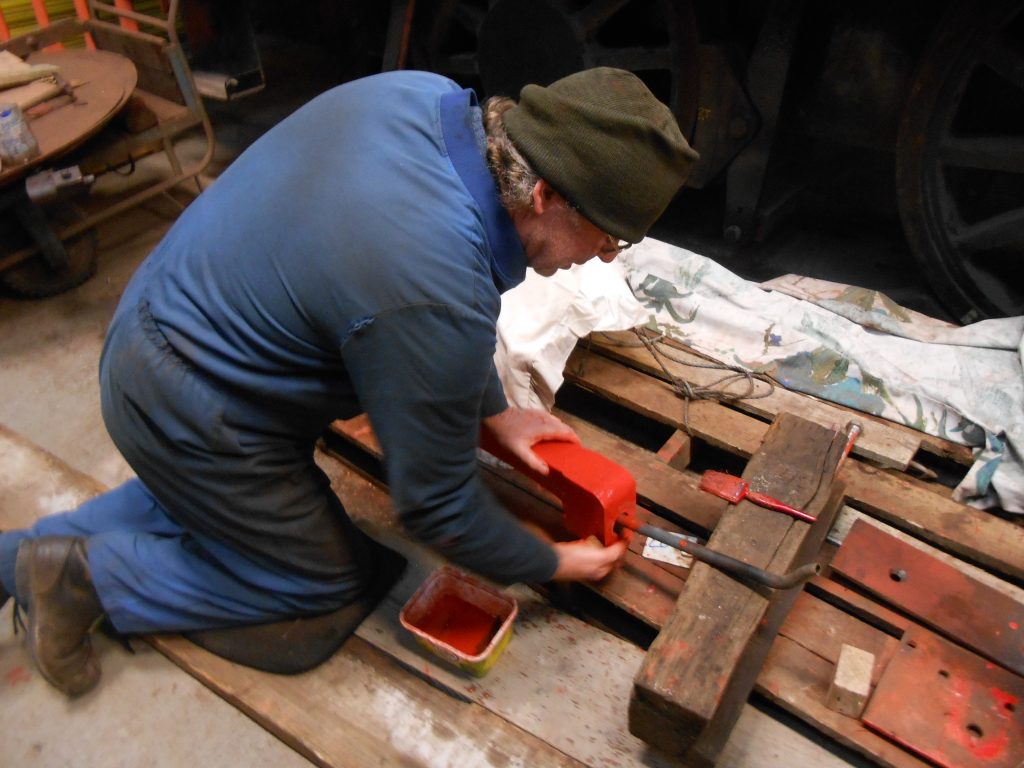 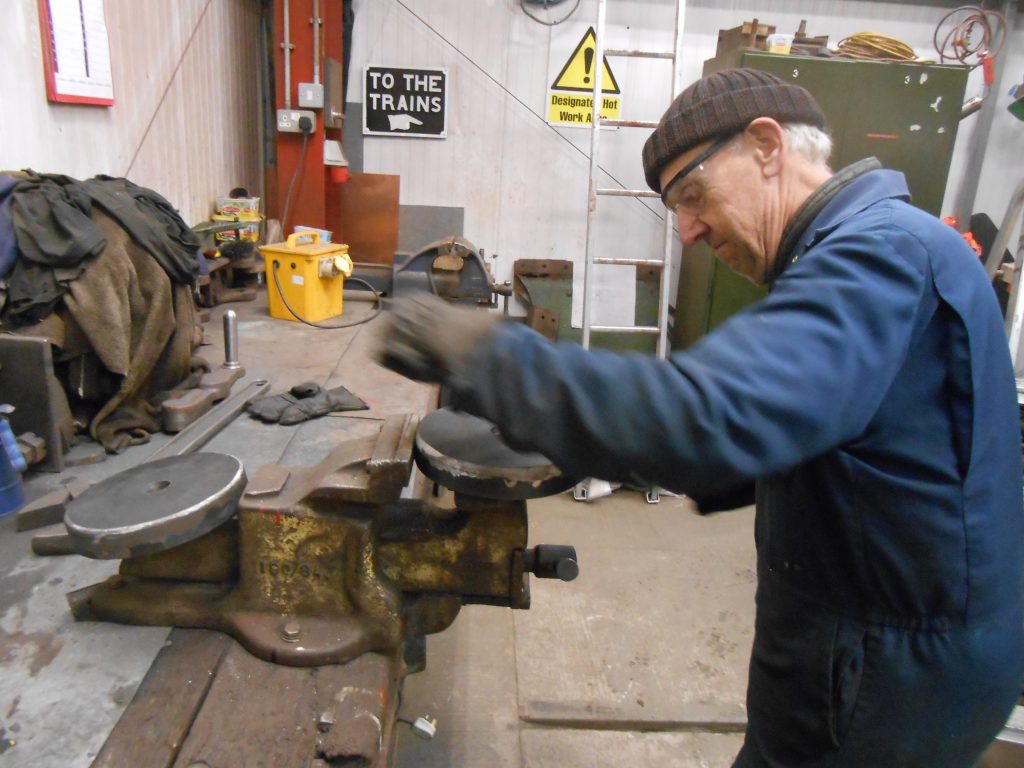 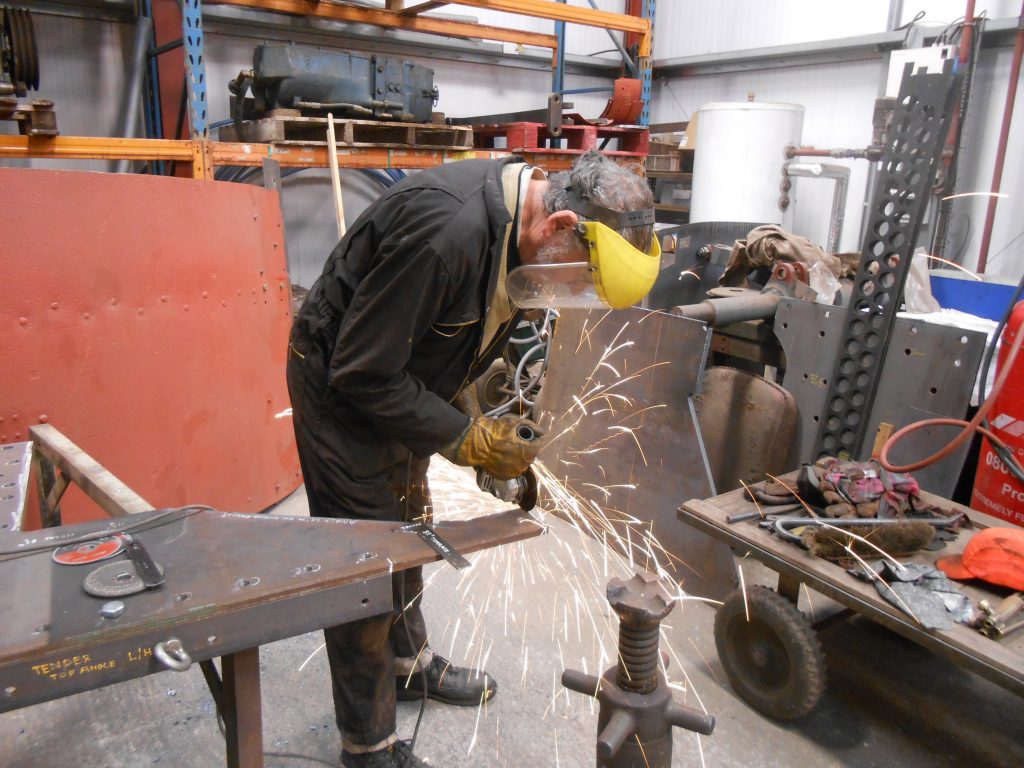 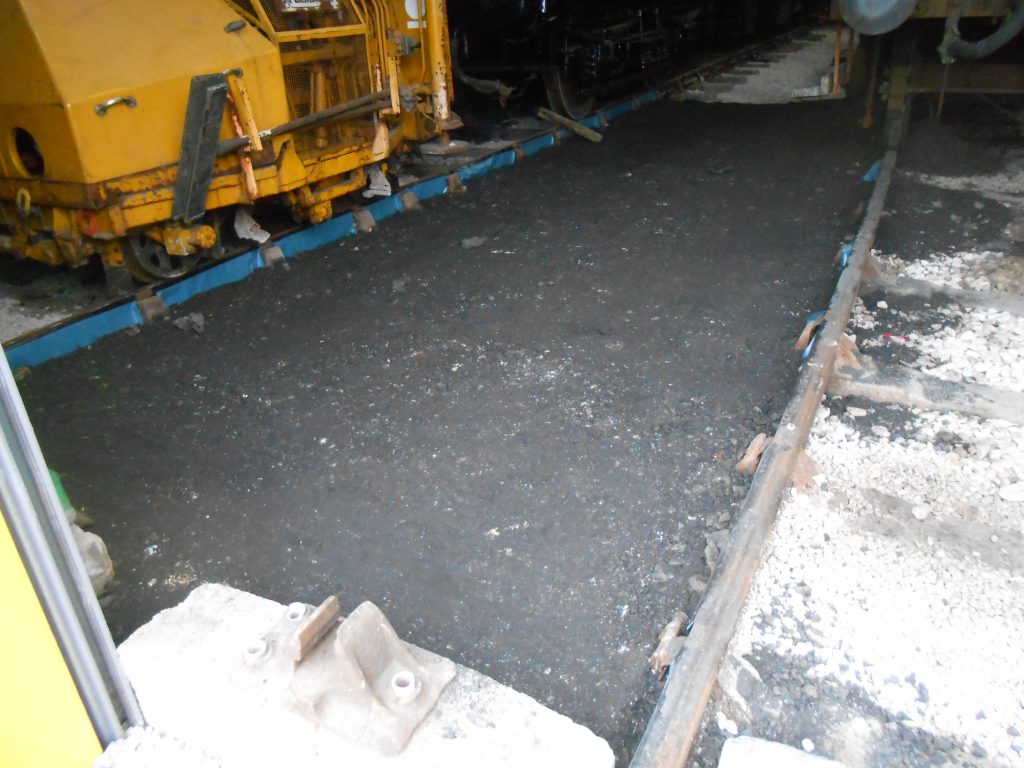 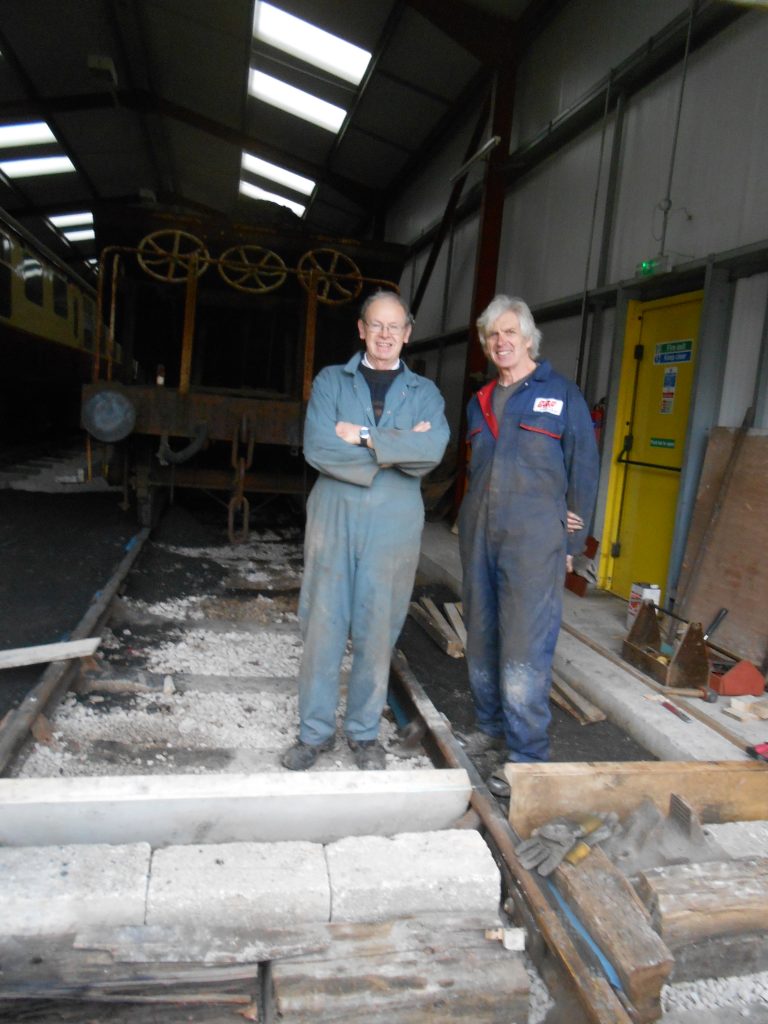 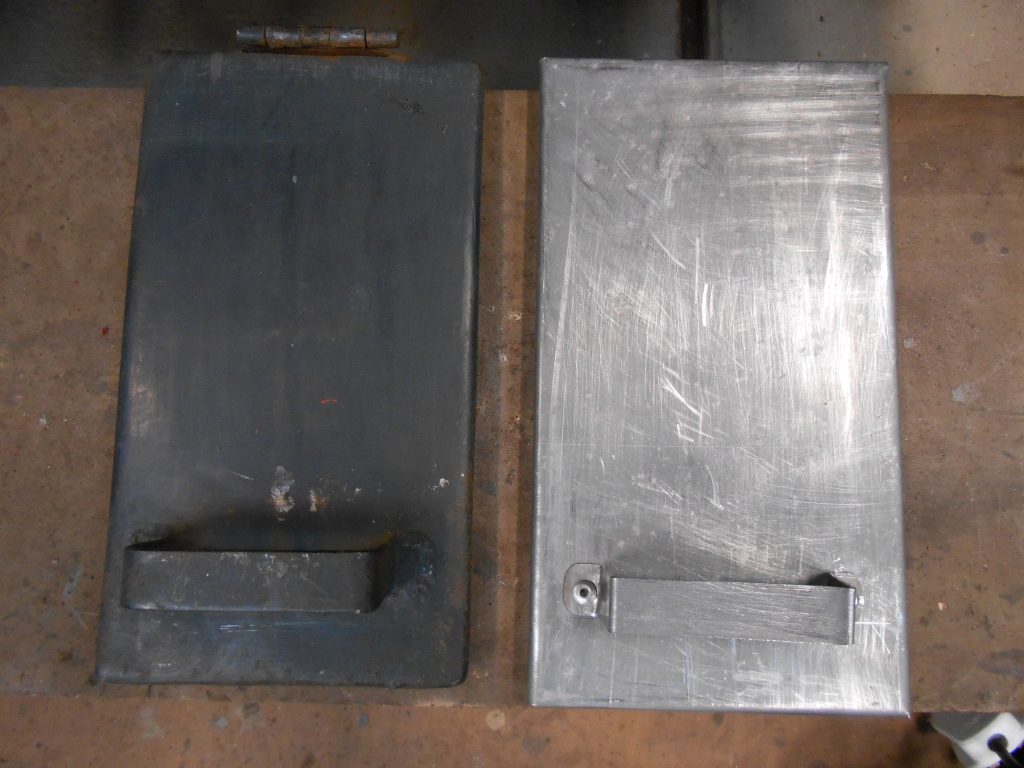 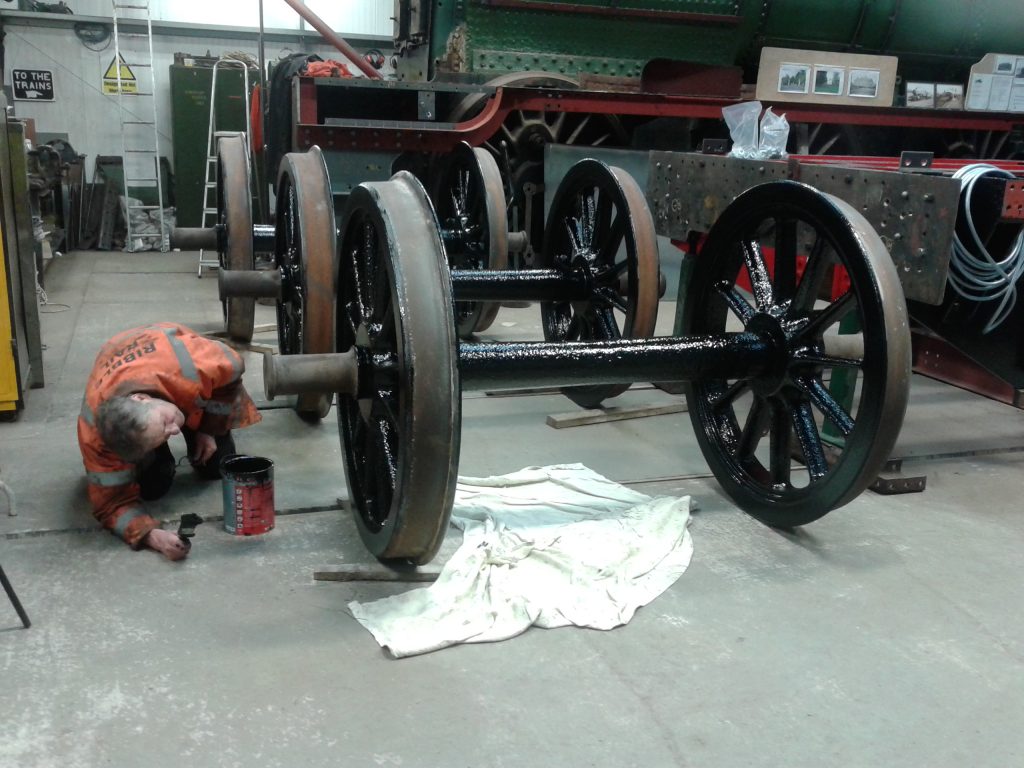 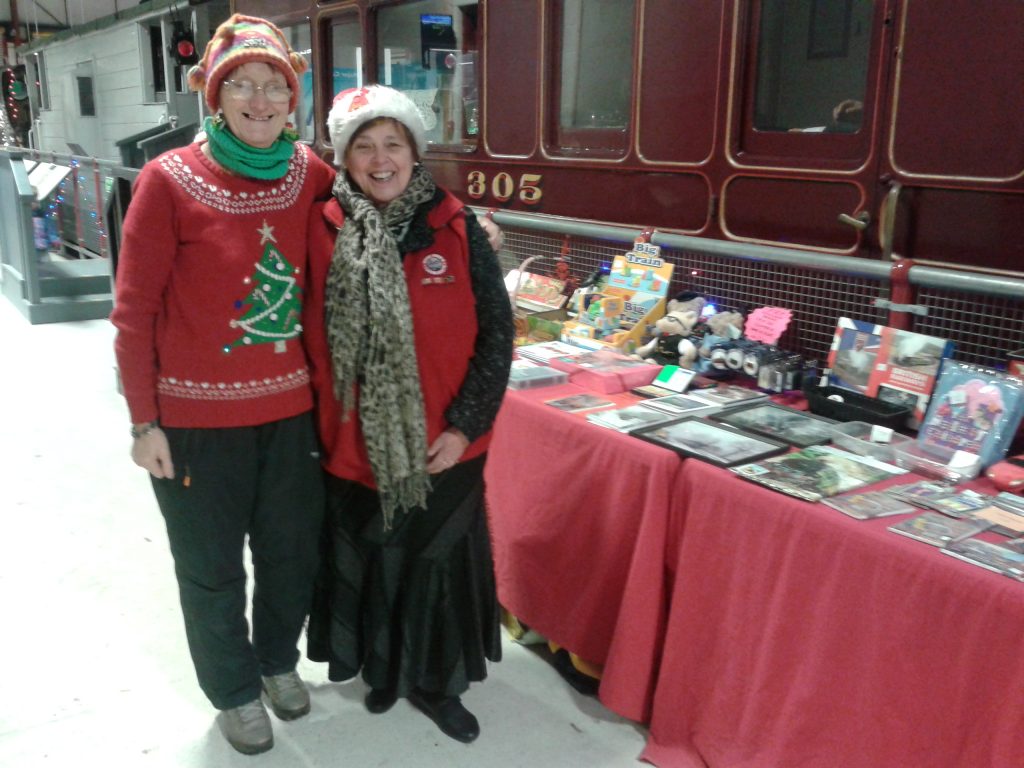 There has been no let up in work as we head towards the Christmas break – well, we might be allowed the one day off at least! 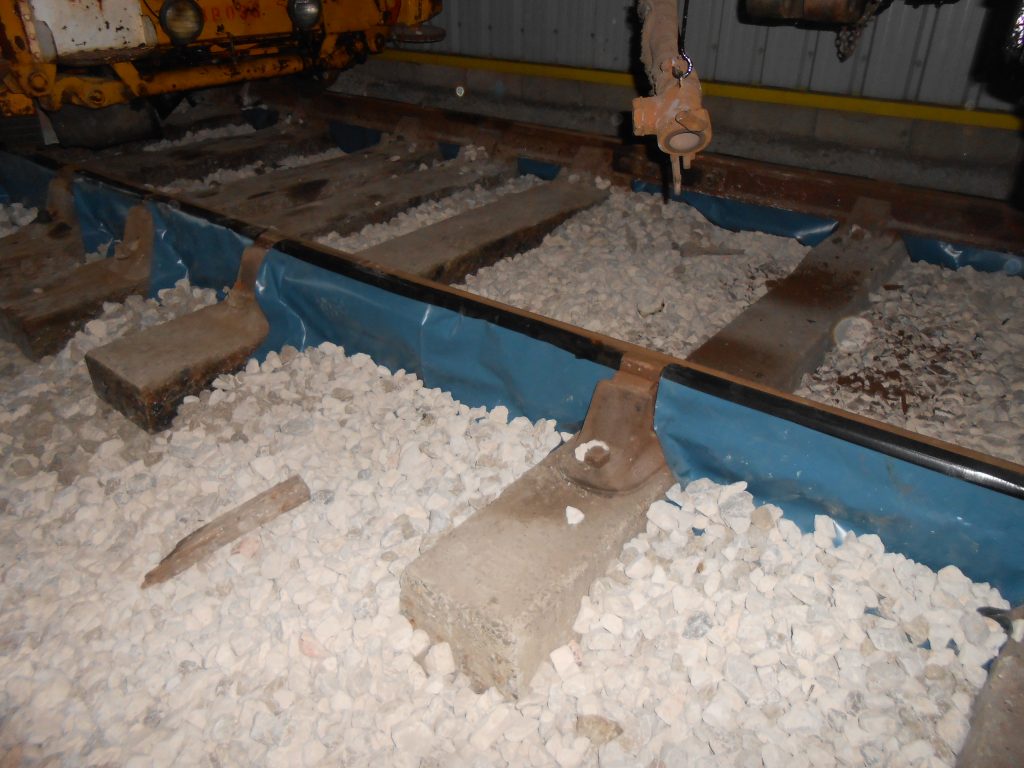 The tracks at the east end of roads three and four in the shed have now been packed which has enabled John Dixon to lay some Visqueen against the rails to stop concrete sticking to them and causing cracks when drying. It also stops the concrete from seeping into the four foot, which isn’t going to be concreted. Ash has now been laid to top up the levels in the six foot and the job now moves on to the shuttering phase.

John has also been continuing his work in the new mess room and another trip to Wickes was planned. 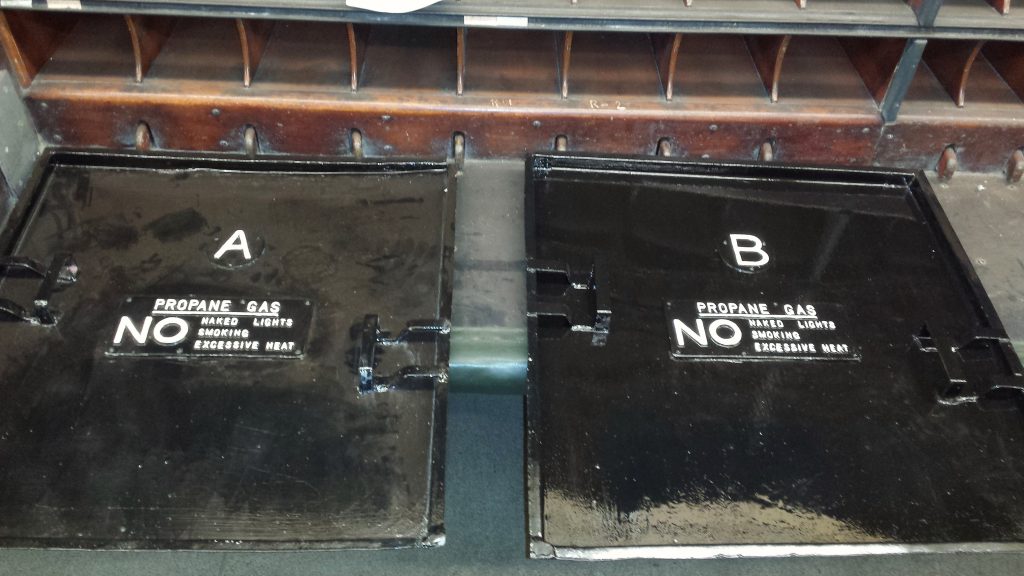 Mike has been lettering the gas compartment doors for the RMB, surely one of the very last jobs remaining on the project. 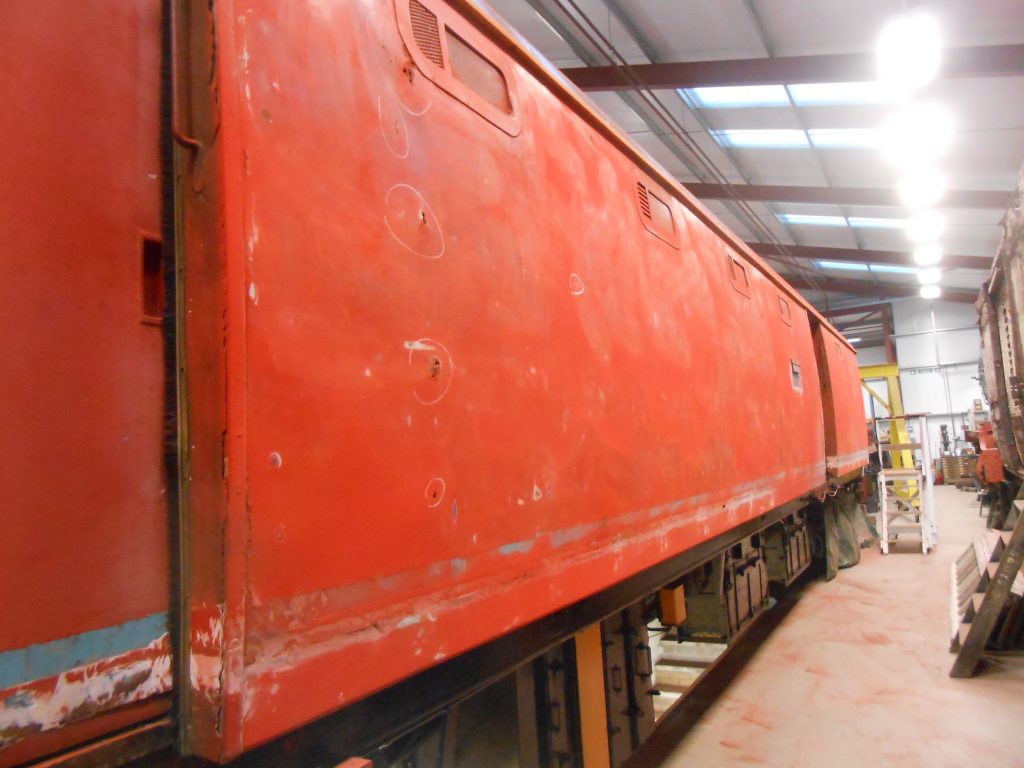 Tim has been busy sanding the RSR’s TPO coach and Mike and John Davis have been tackling the replacement of one of the water filler covers. Fred and Roger have continued the job of cleaning and painting the headstocks and bogies. The proofs for the graphics have been received and approved. It was only during this process that it emerged that the dimension panels at the opposite ends of the coach differed, one stating that the width was 2.74m whilst the other showed 2.83m! We have plumped for 2.74m so at least they will be consistent in future, if incorrect! 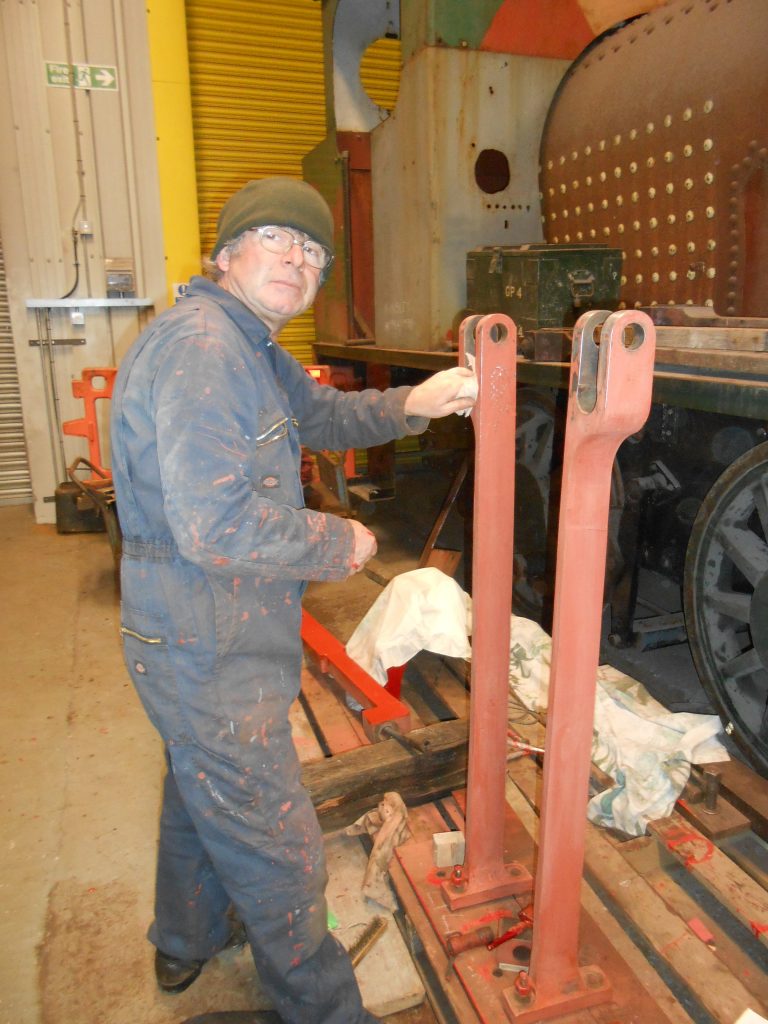 Adrian has once again been working on the job of cleaning and painting Caliban‘s motion whilst Alan has achieved success at last in removing a stubborn pin from one of the motion retaining collars. 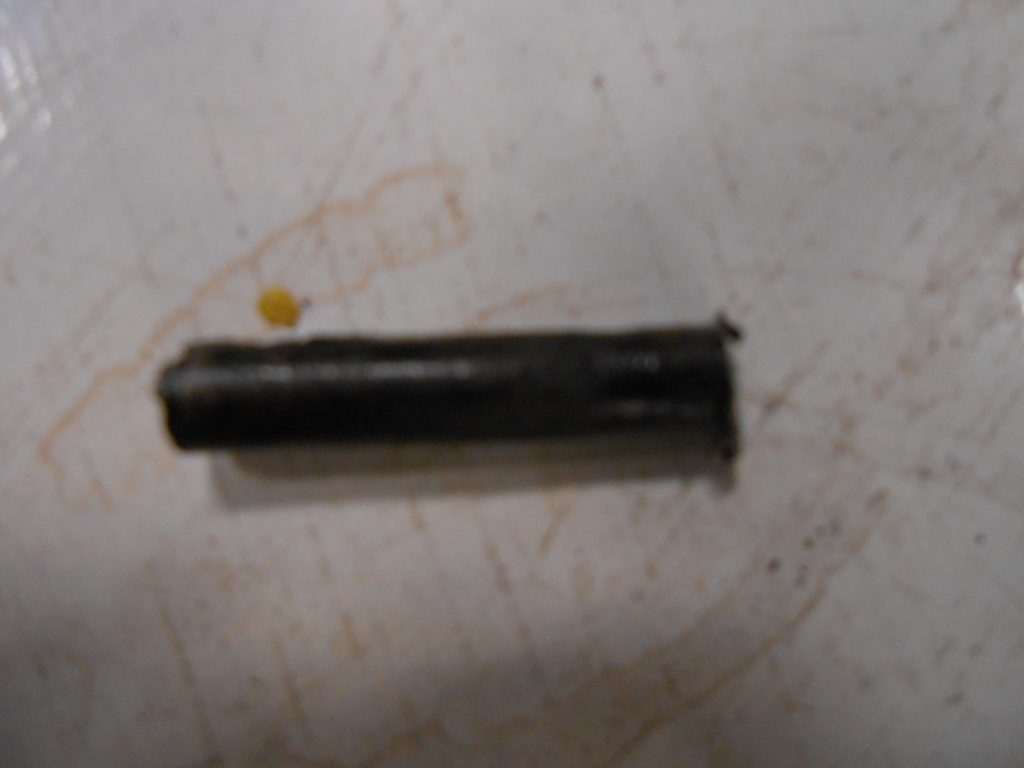 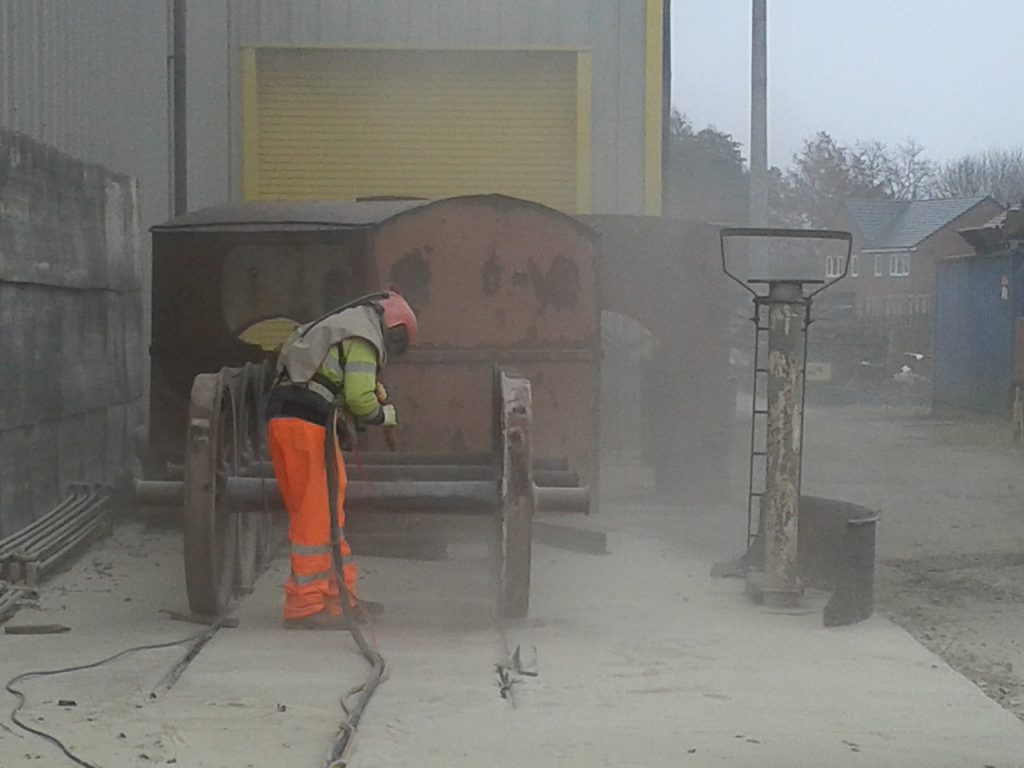 Wootton Hall‘s tender wheels were grit blasted on Saturday and two of the wheelsets had received the attention of David’s paint brush by the end of the day. 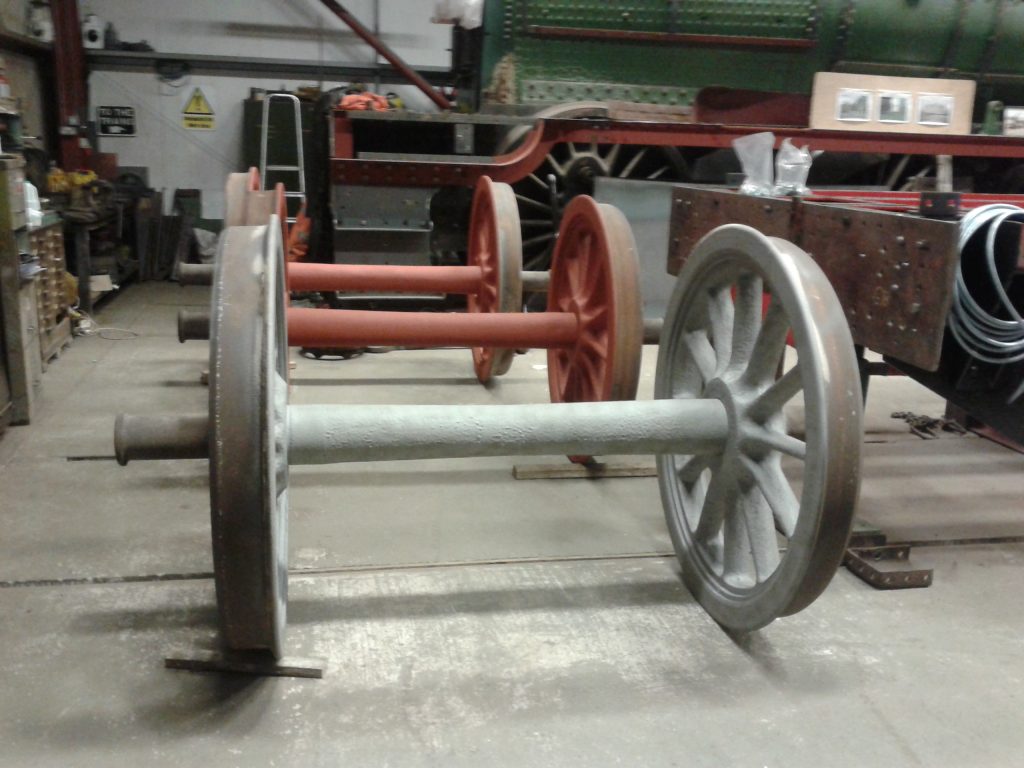 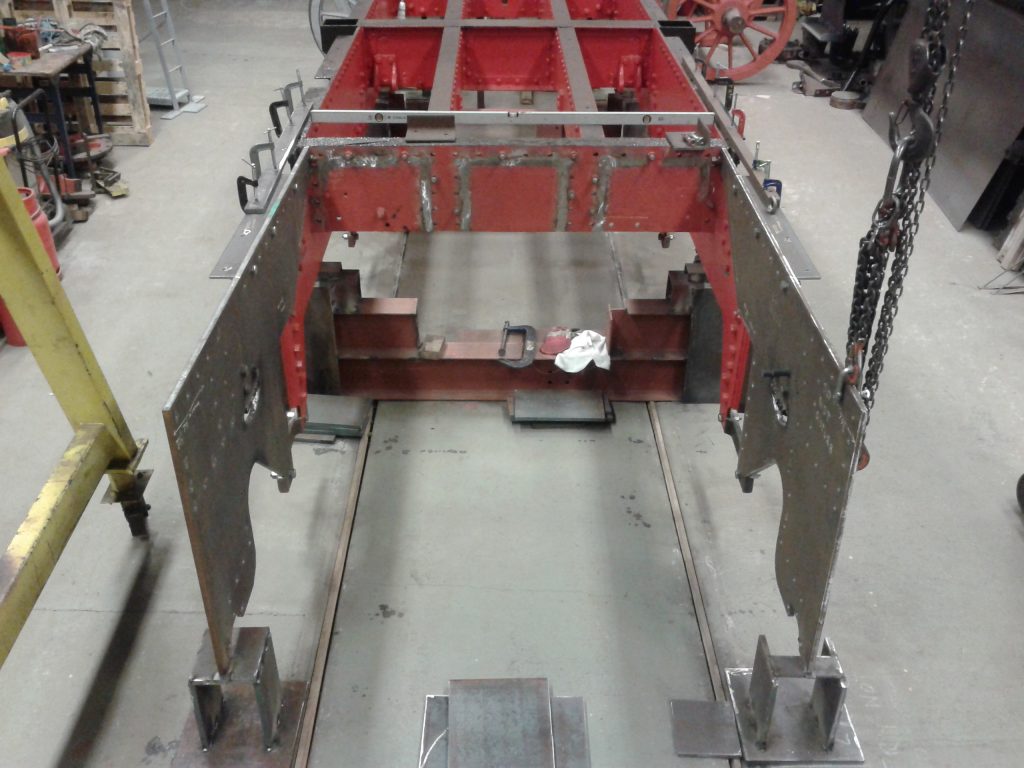 Keith has continued to work on the replacement steel sections for the front of the tender which are now held in place prior to welding at some point in the future. 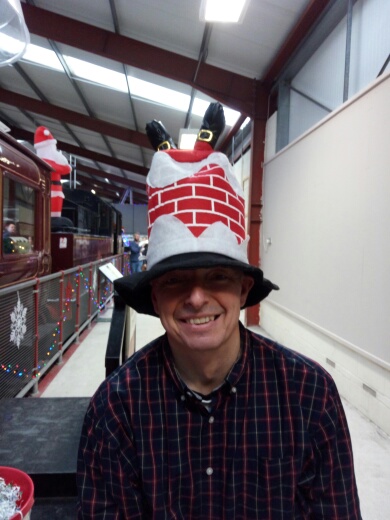 The RSR’s Santa Specials started this last weekend with Alan and Tim providing the music and various other FRT members assisting. Alison and Jen staffed the sales stand and Alison took the opportunity to photograph Tim’s latest Christmas hat – we’re not sure that Father Christmas will approve of the two legs poking out of the top of the chimney which suggest that he (Santa, not Tim!) has feasted on too many mince pies!