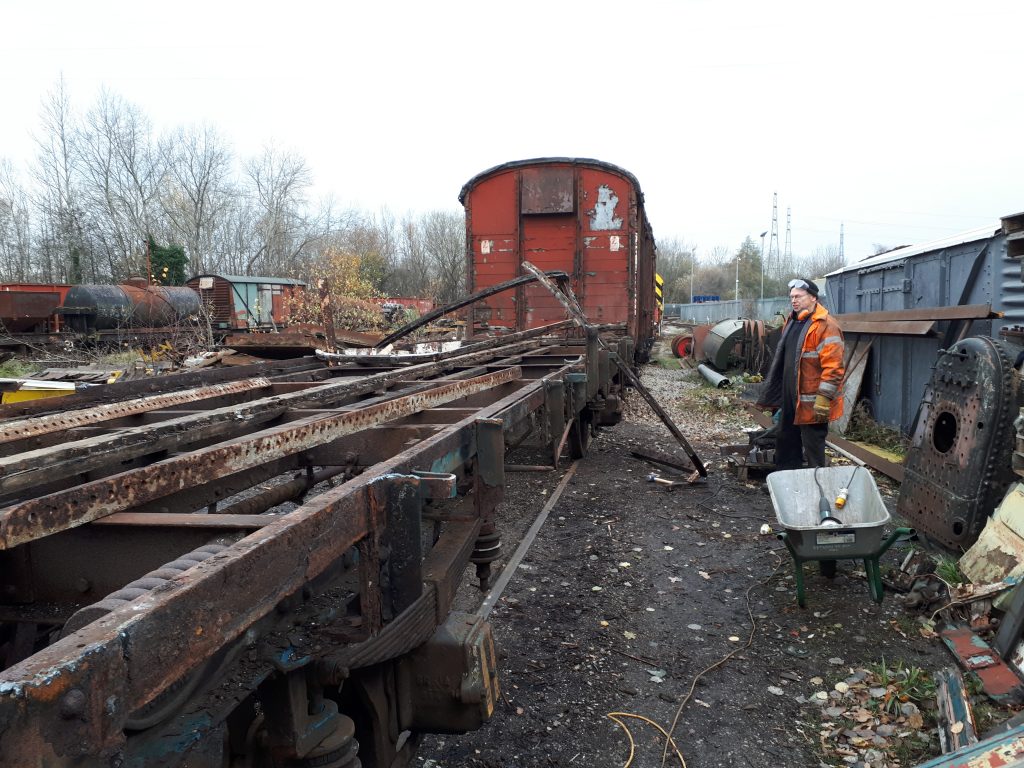 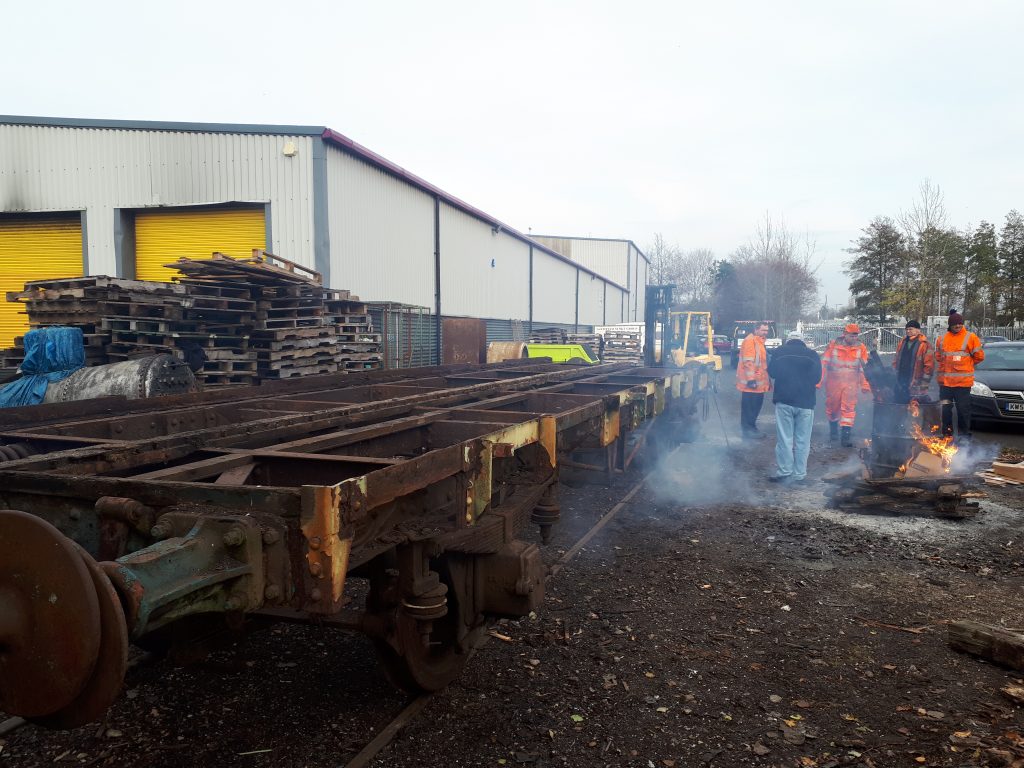 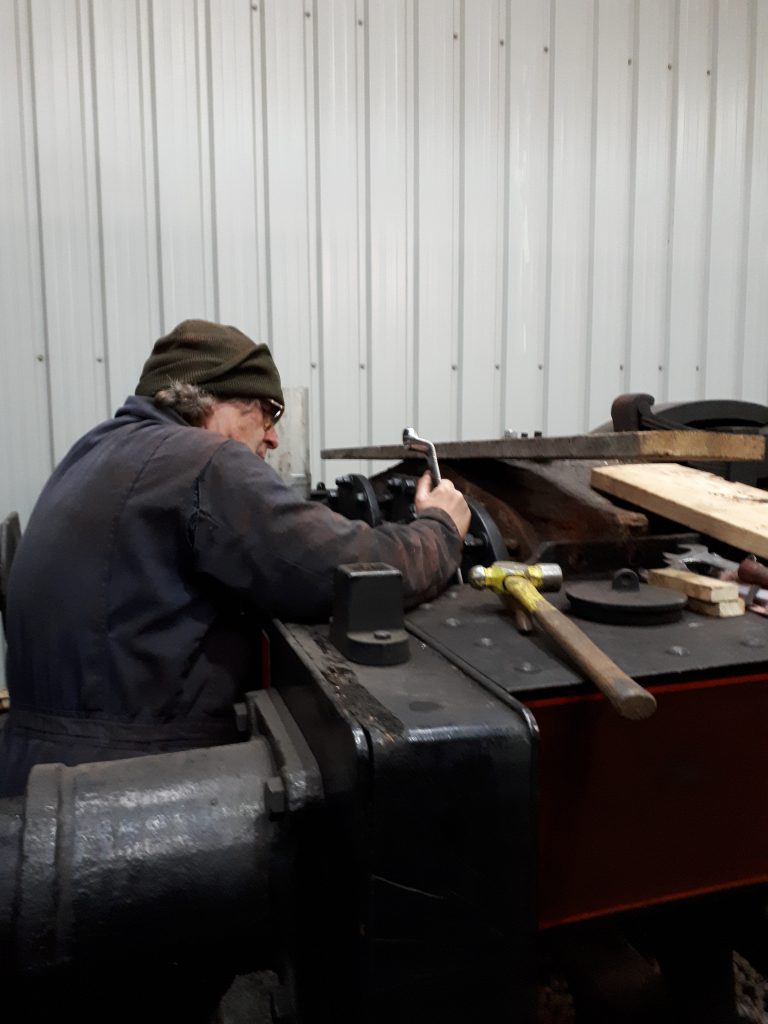 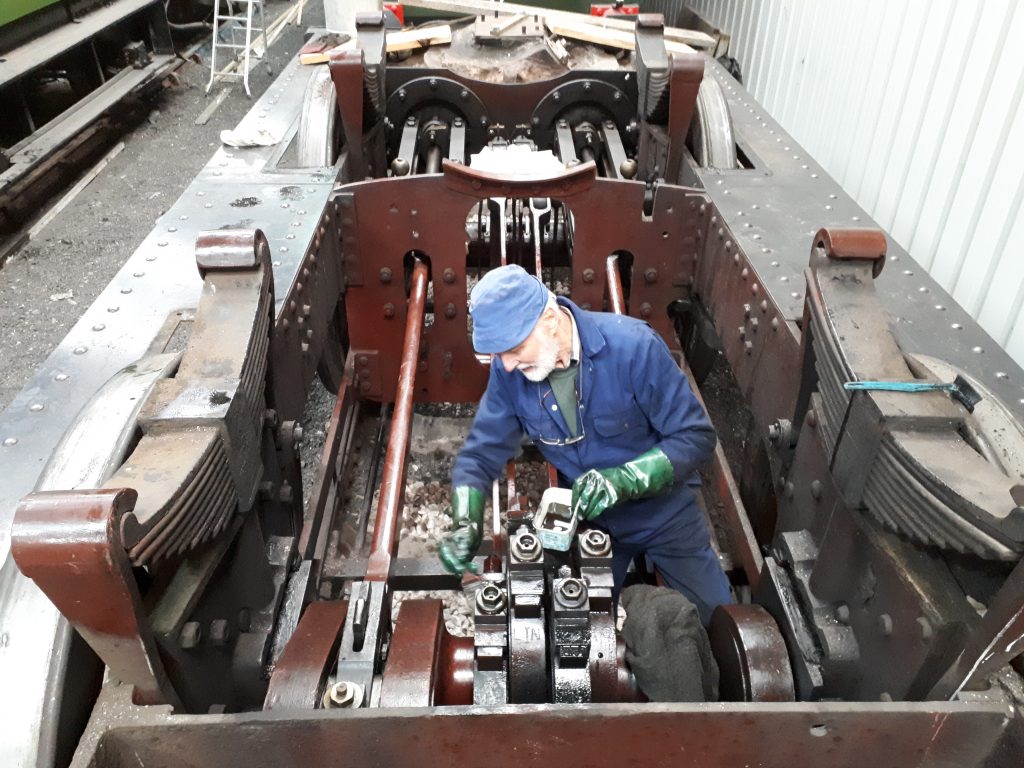 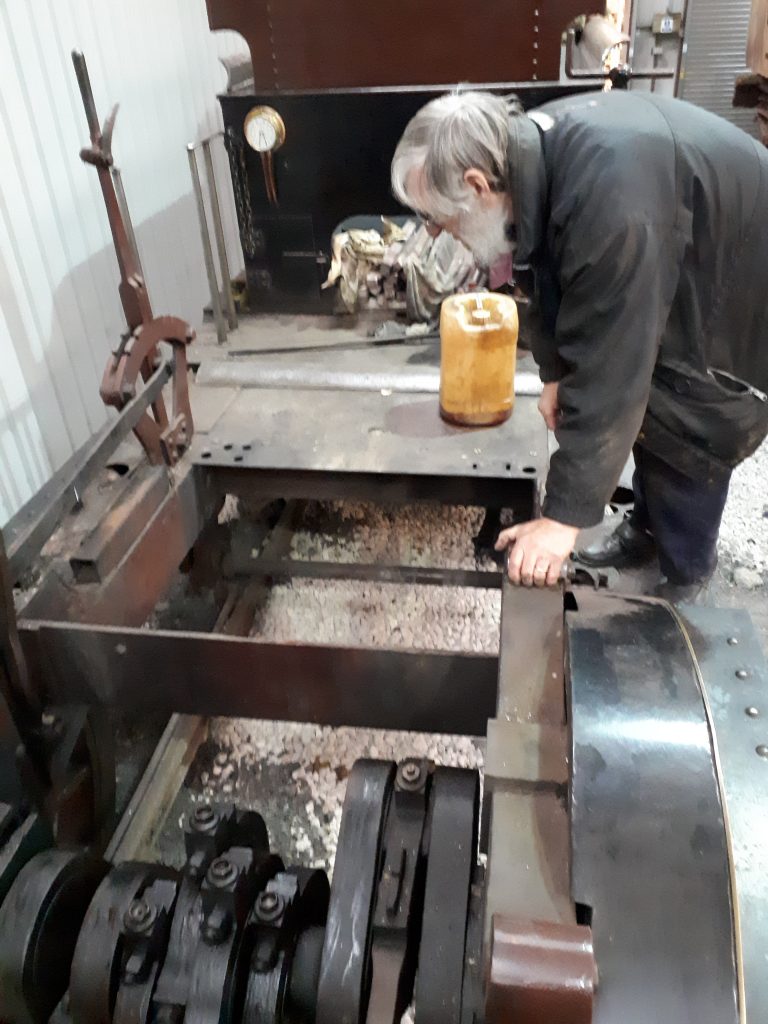 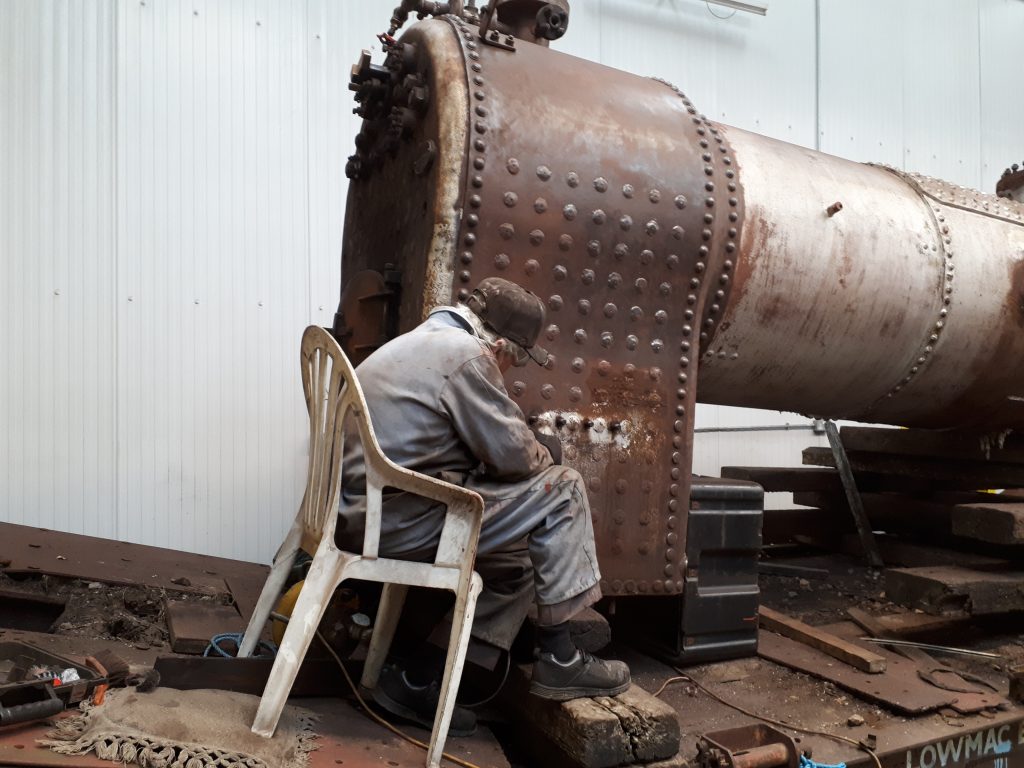 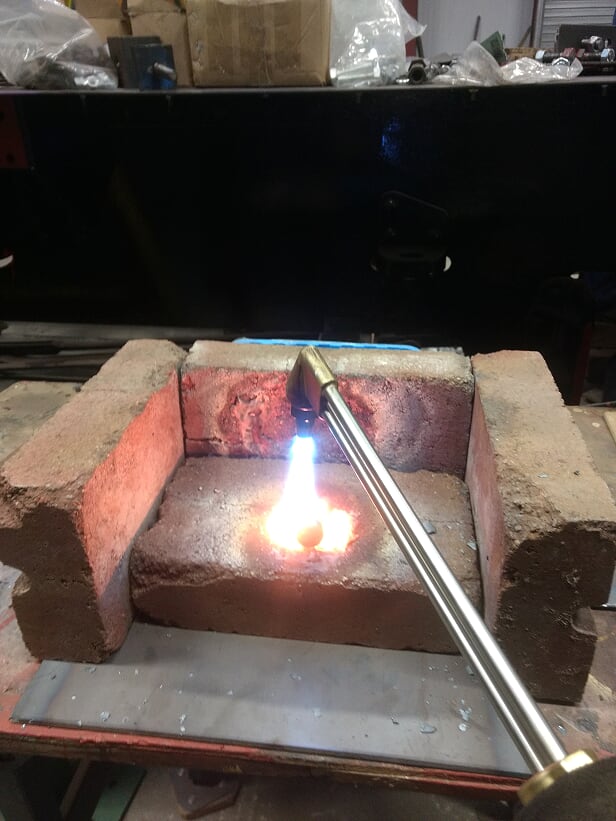 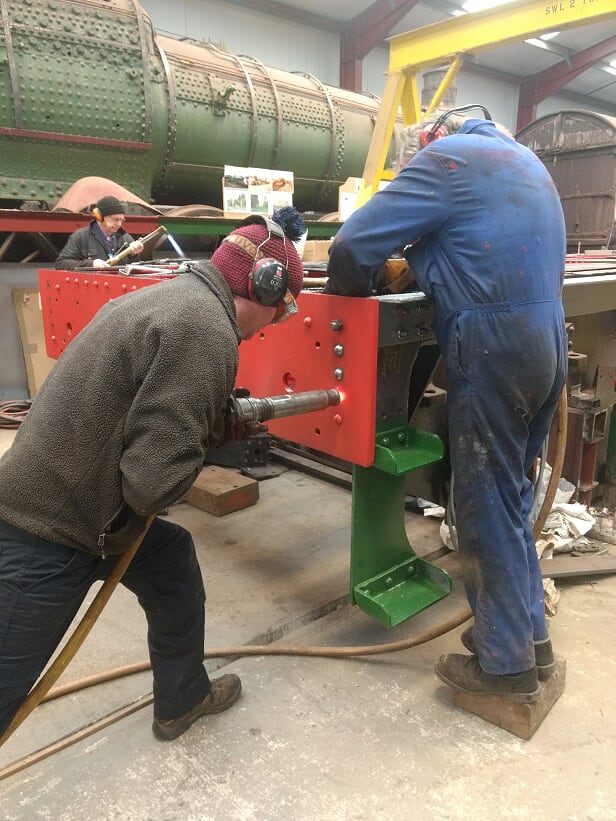 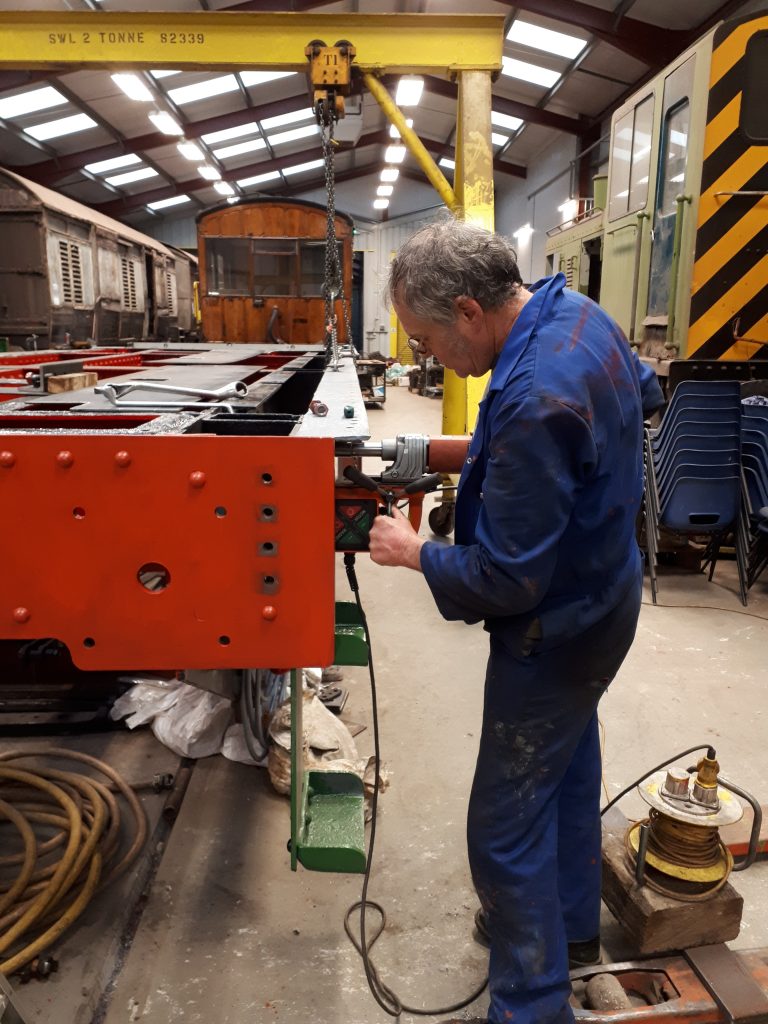 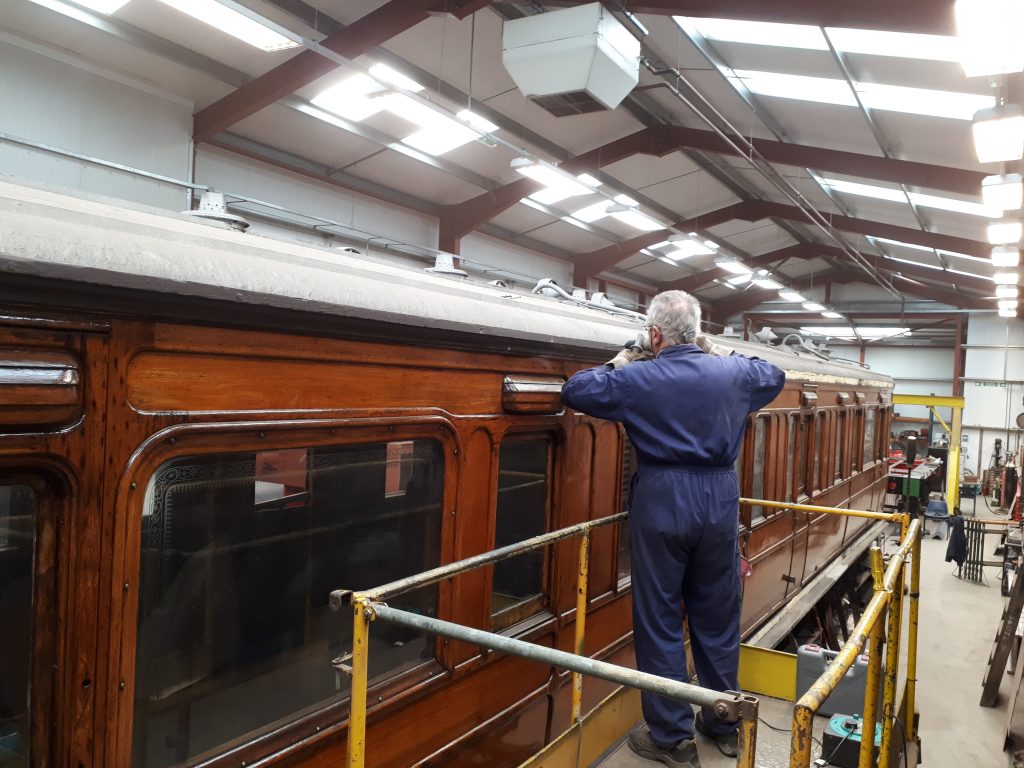 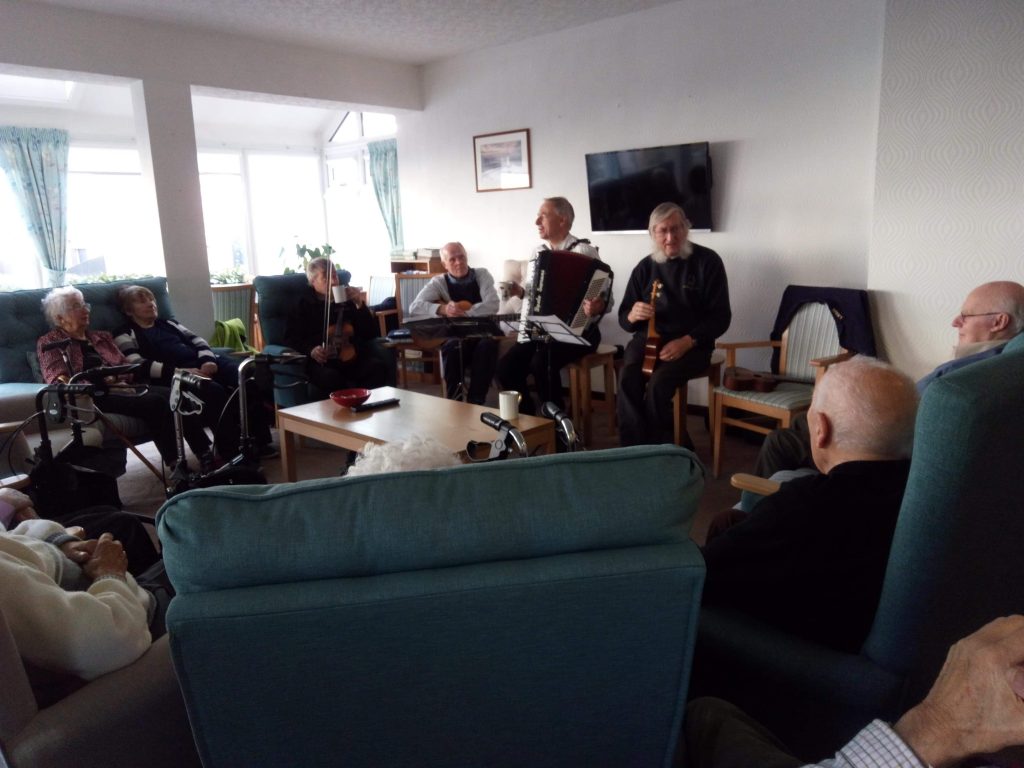 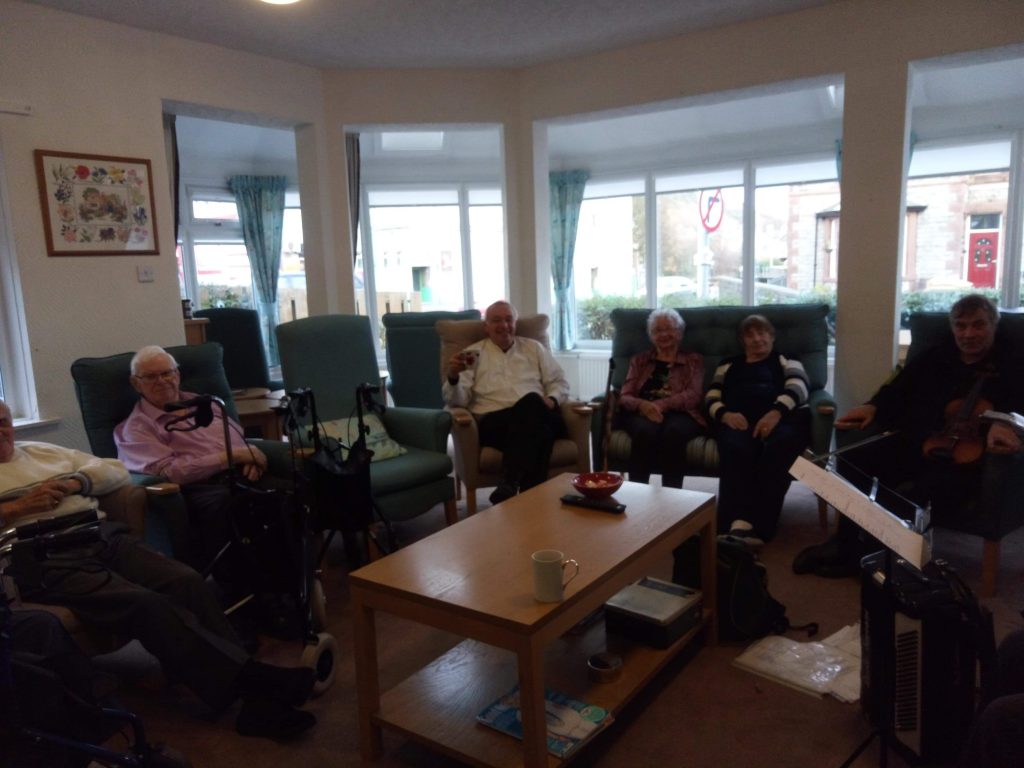 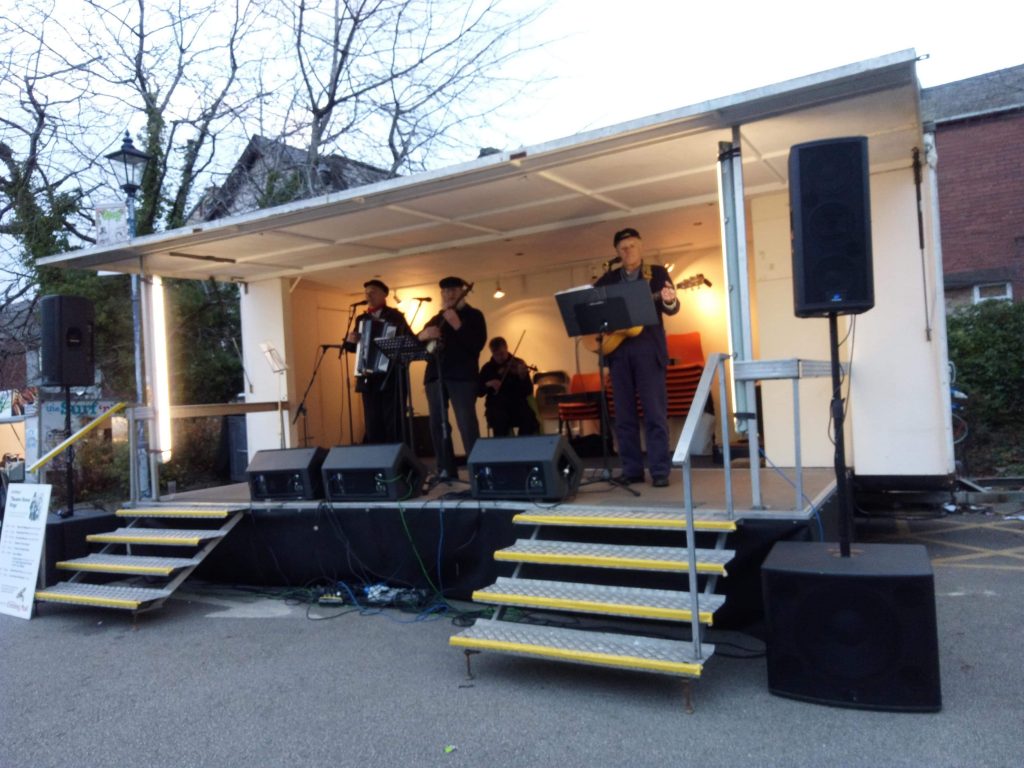 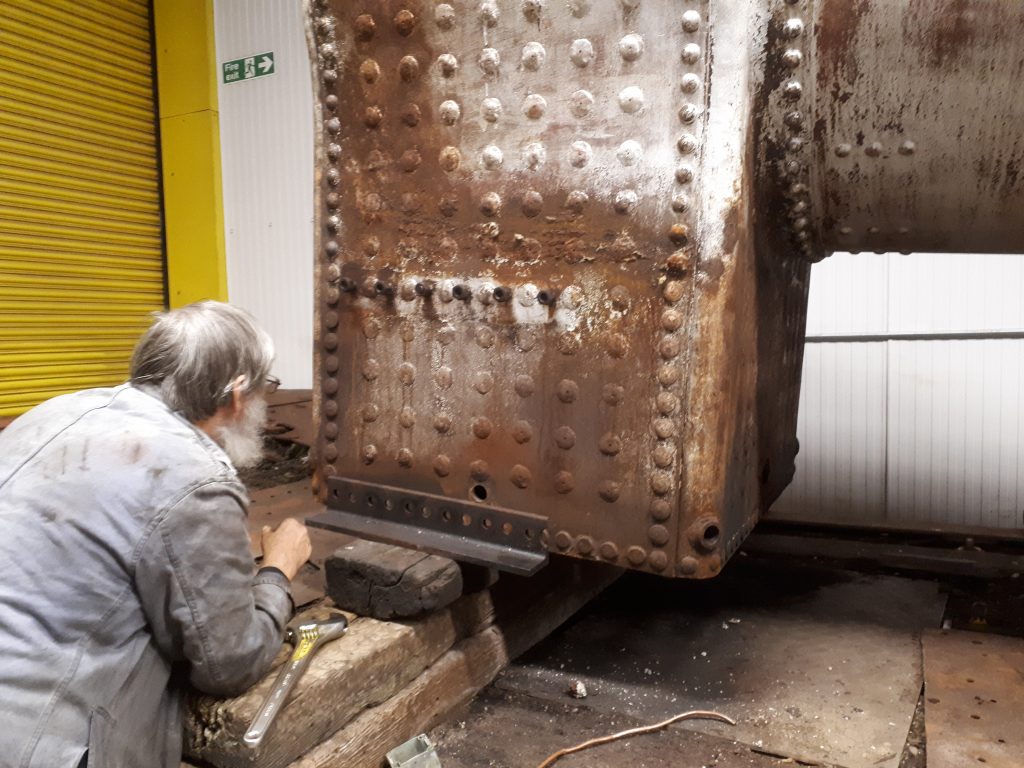 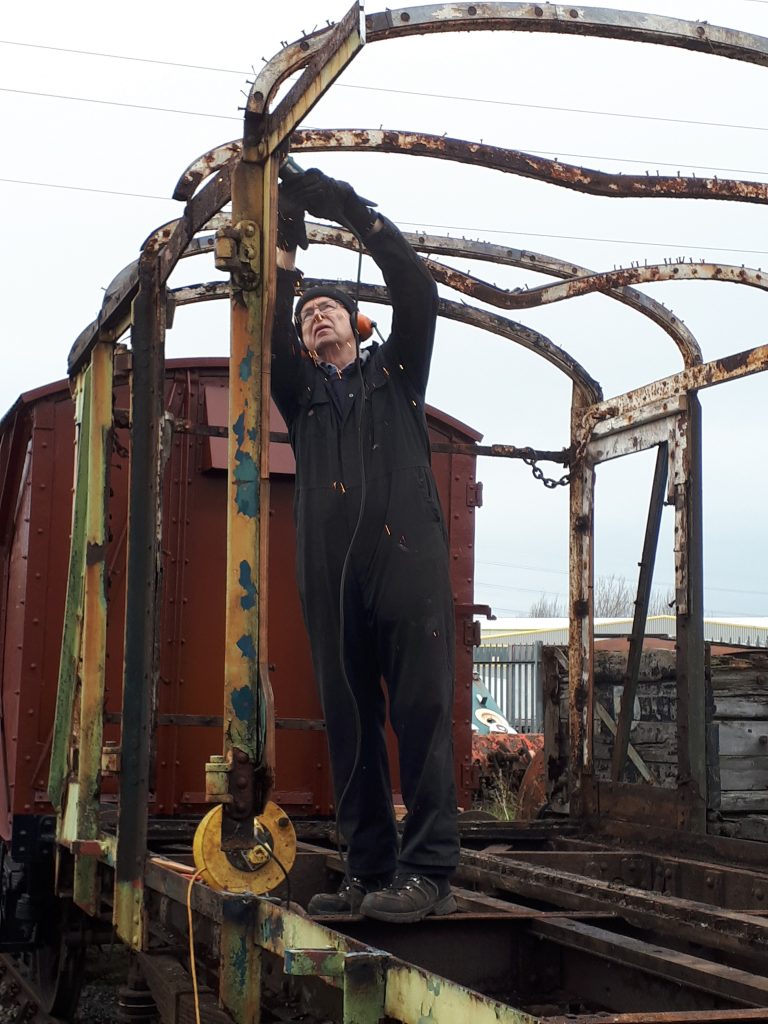 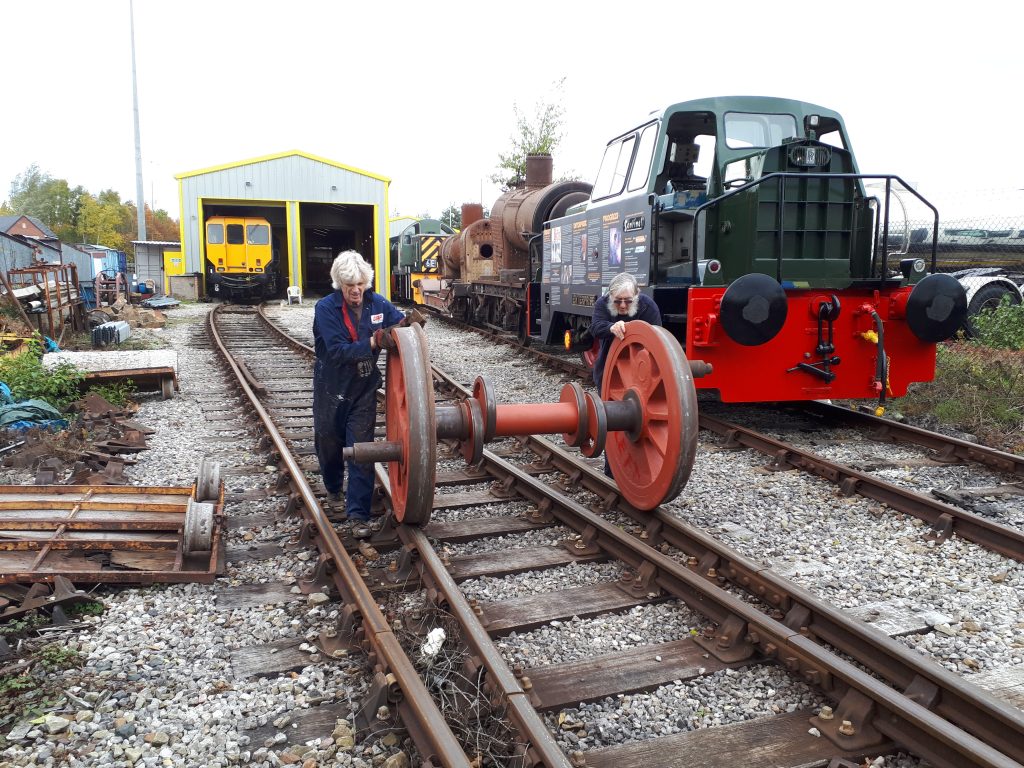 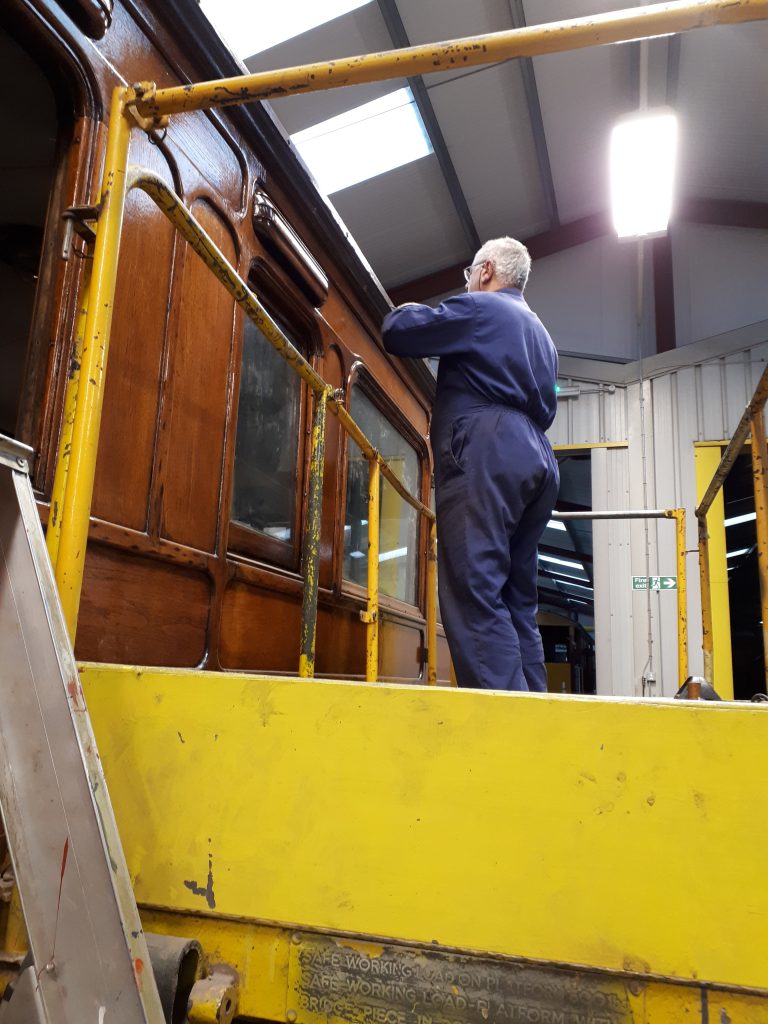 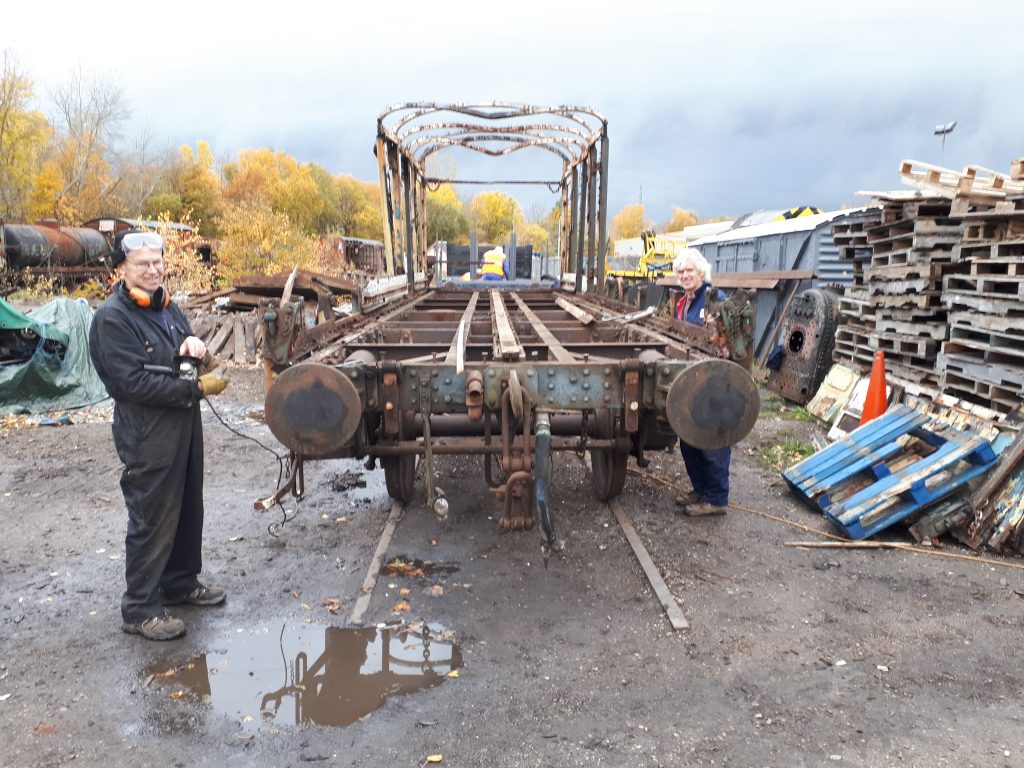 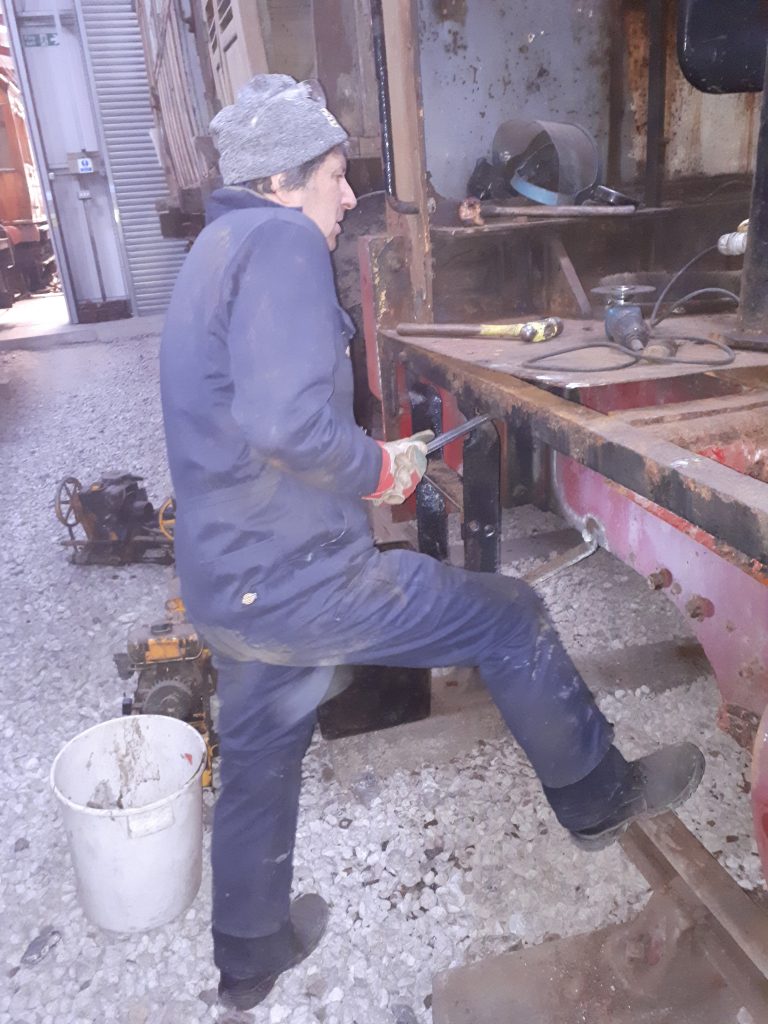 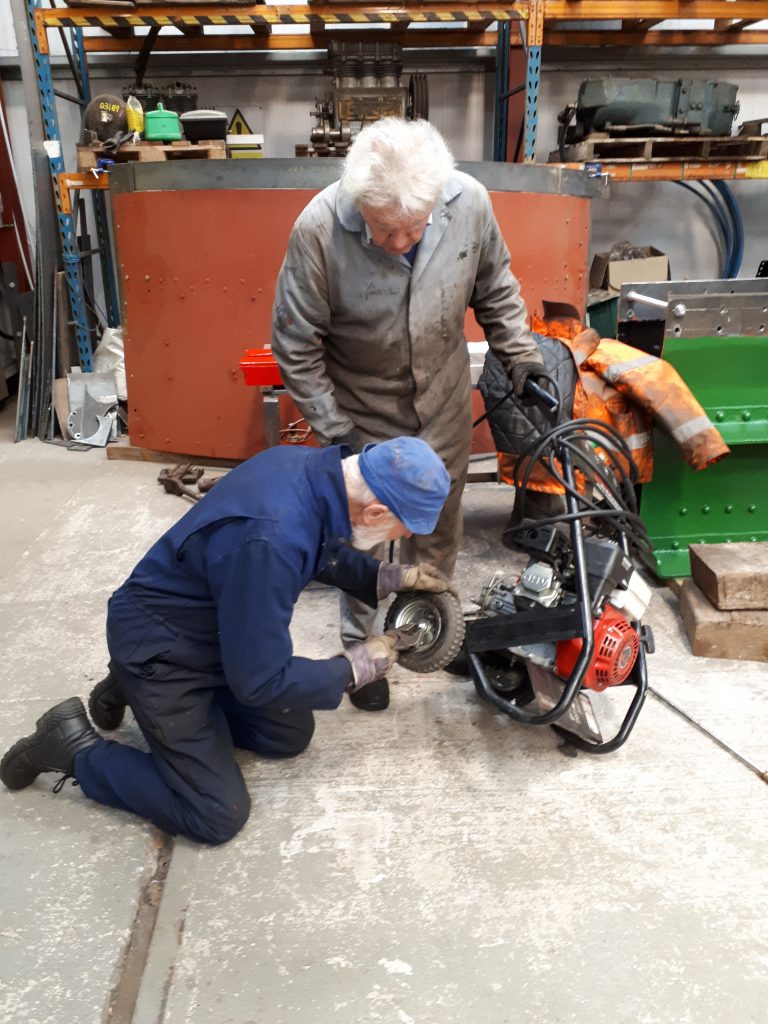 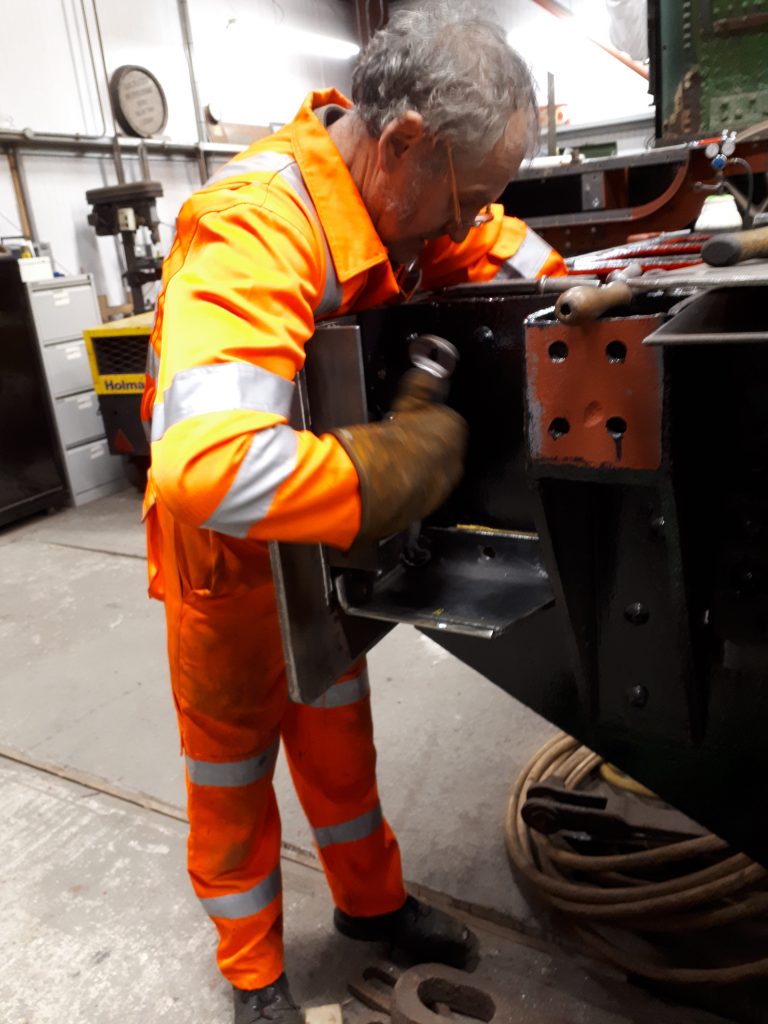 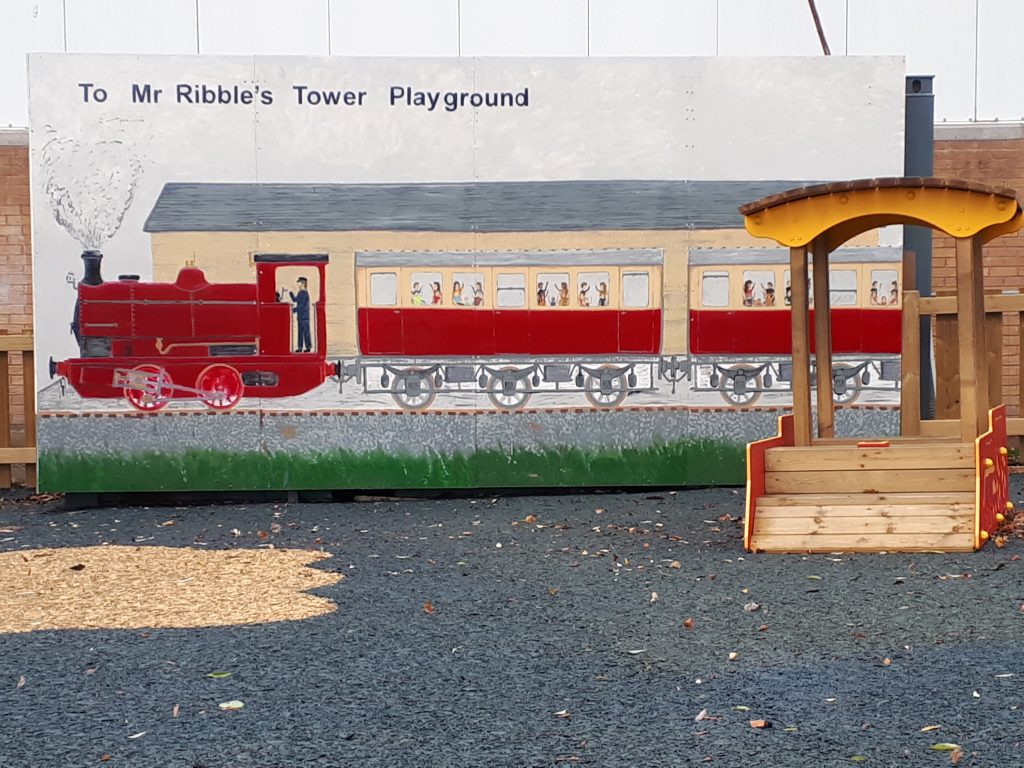 Unlike last week’s blog, there is no headline news this week. Just lots of things to do!

Last Wednesday saw the start of a massive shunt devised by Matt Gervis which should see all the winter projects on site in their rightful places. Eventually this will see both FR 20’s frames and boiler undercover in the FRT shed so that the ten year overhaul can progress. 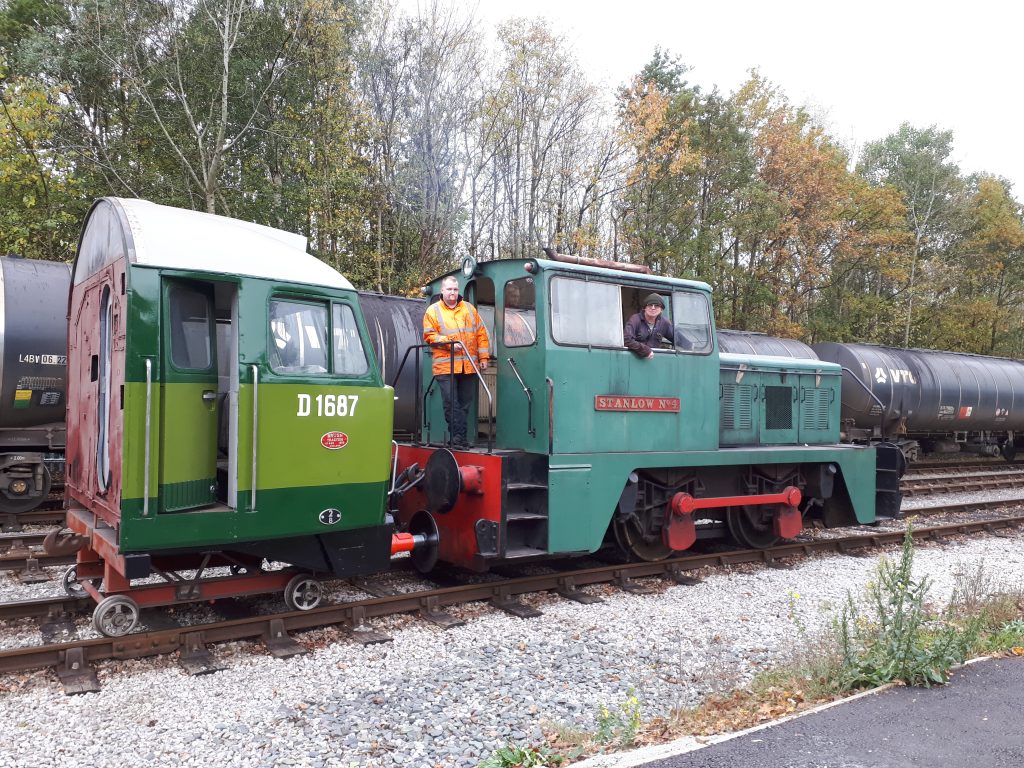 The first part of the shunt involved the transfer of the Class 47 cab from the Ribble Rail shed to the workshop where it will be turned around with the crane before being put on display in the museum. Ade and Andy Beswick are seen here conducting the move of the Class 47 at an appropriate slow walking pace. Unfortunately, despite their patience, one set of wheels on the accommodation bogie ran hot and seized about 200 yards further down the line, which brought the shunt to a premature halt whilst things cooled down and oil was liberally applied to those parts that needed it. The tendency of diesel Stanlow to dump its air without notice also delayed matters so it is now anticipated that the next stage of the shunt will take place next Wednesday. 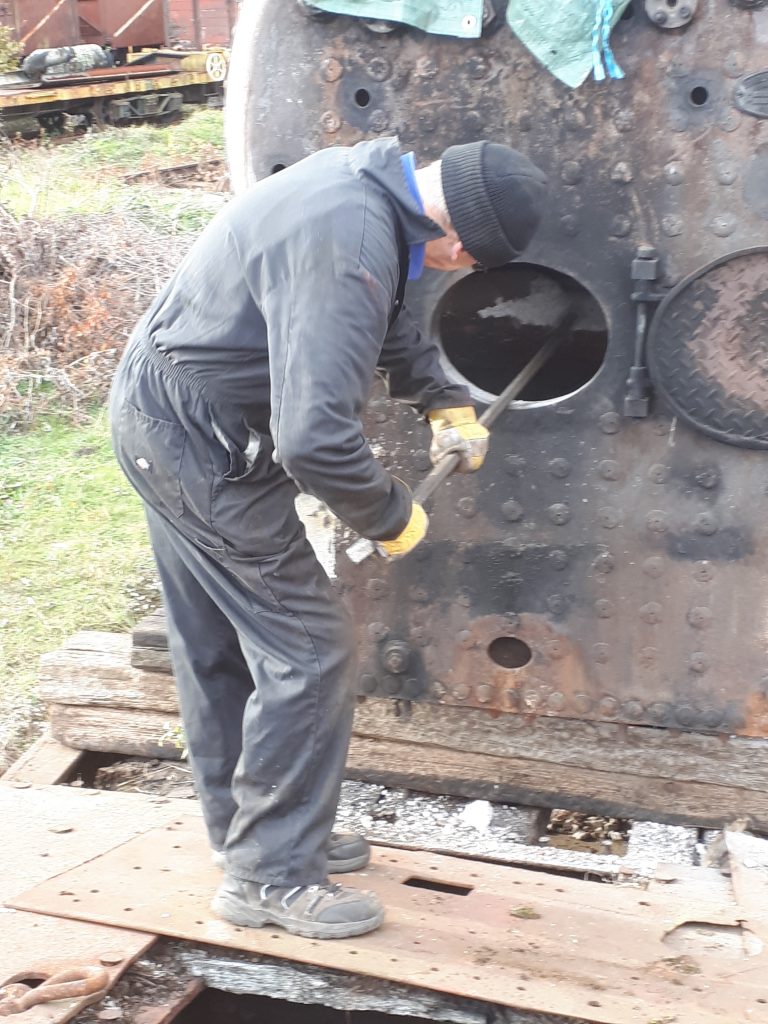 Meanwhile, John Dixon and Tim set about removing the brick arch from FR 20’s firebox. This, like the shunt above, turned out to be a rather longer job than anticipated owing to the fact that the arch did not appear to have deteriorated over the past ten years. However, two and a half hours later the final piece fell to the ground to be barrowed away and the weltrol tidied. 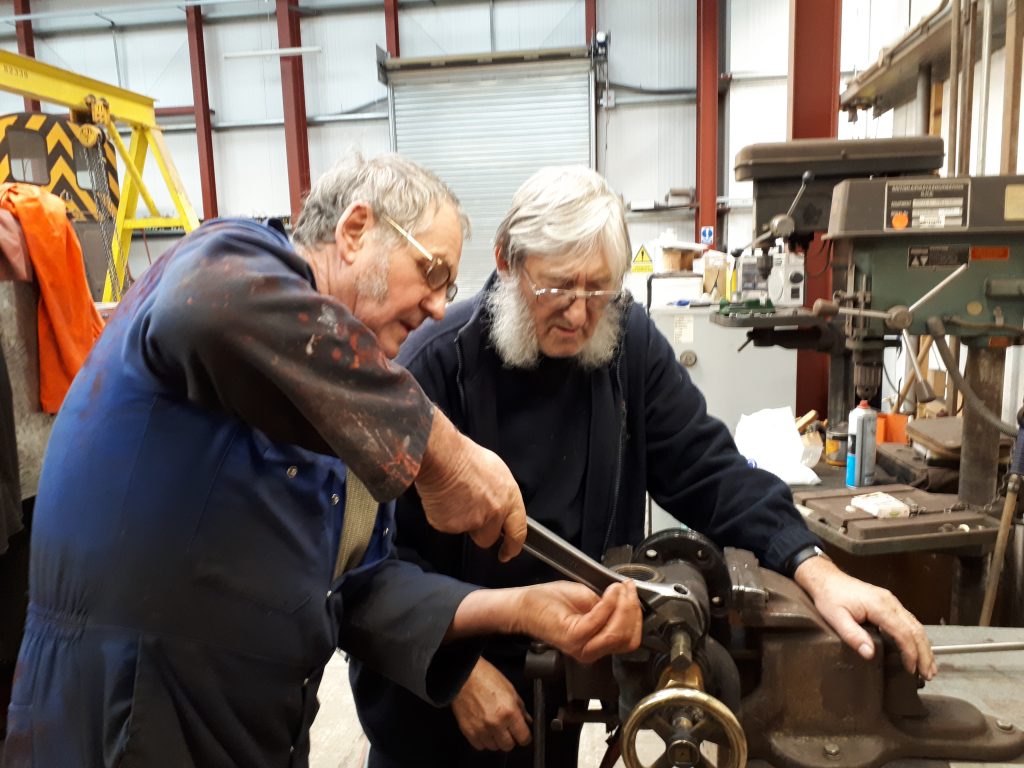 Cumbria‘s clackbox has recently been brought back to Preston for attention, it being replaced at Embsay by one of their own. Keith and Alan can been seen here dismantling the various items and it looks as if we will need to order a special, no doubt expensive, tap to clean up some of the threads inside the body. 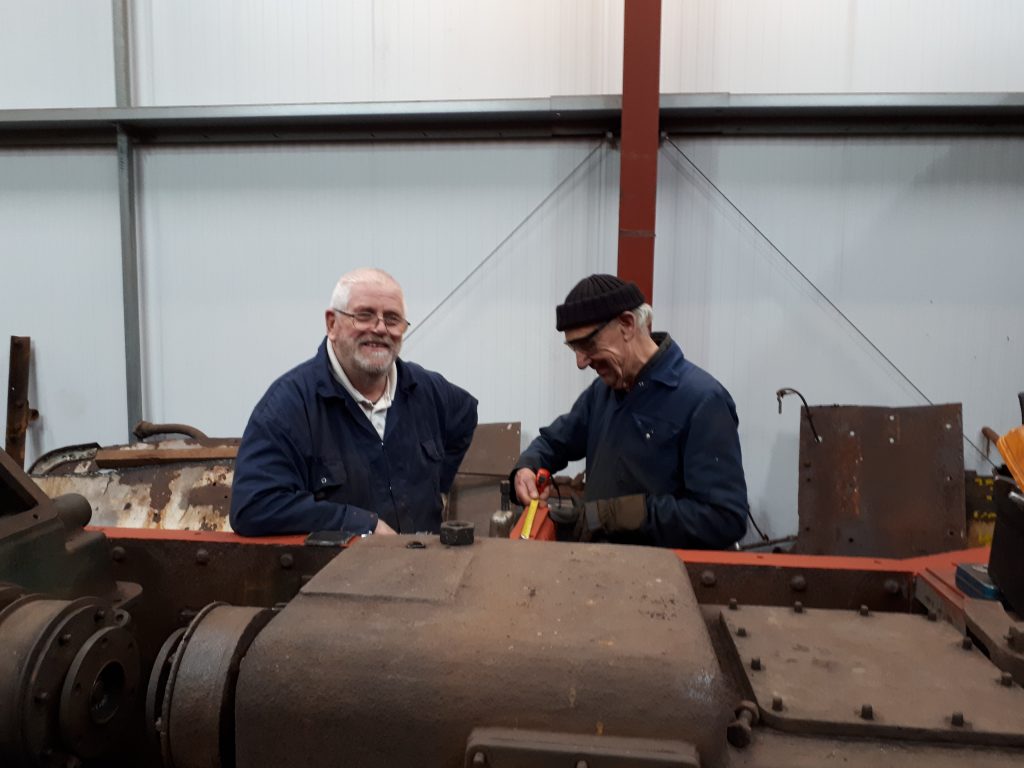 Alan Ogden has appeared again from the deep south west and was at work with Howard on Fluff. 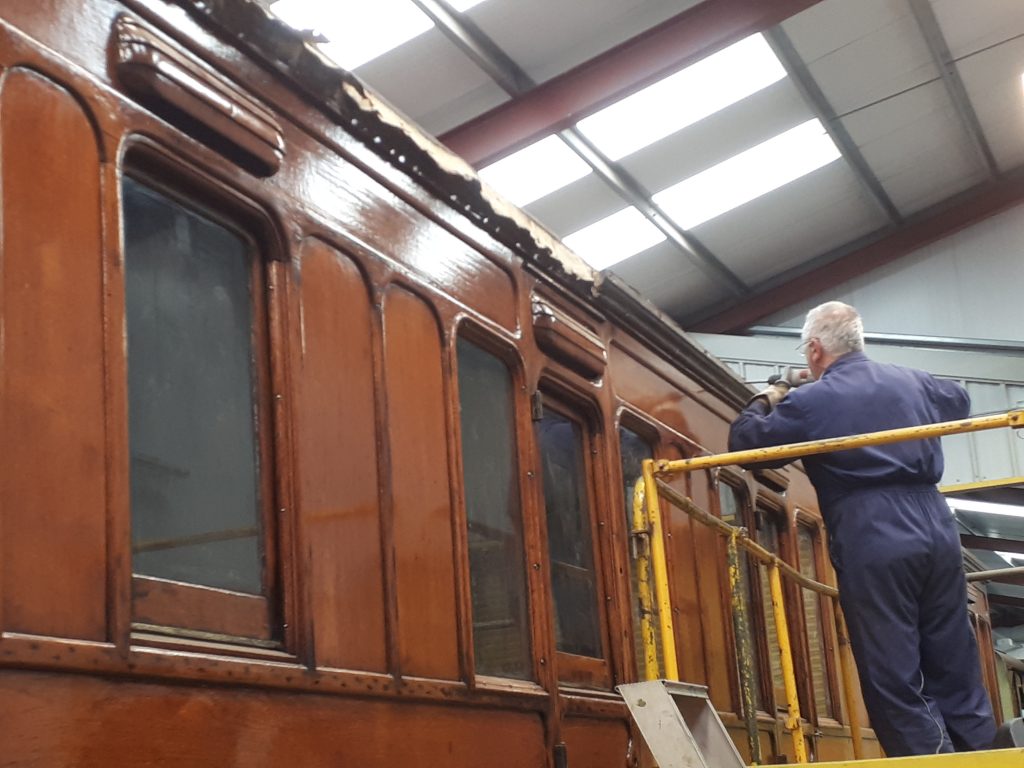 John Davis has been continuing with the long and tedious task of removing the cantrails from the GER Royal Saloon as a prelude to the canvas roof being replaced. John achieved the removal of the middle section of the south cantrail this week. Well done!

The riveting gang met again on Thursday for a productive session during which another fifty or so rivets were fitted to Wootton Hall‘s tender frames. 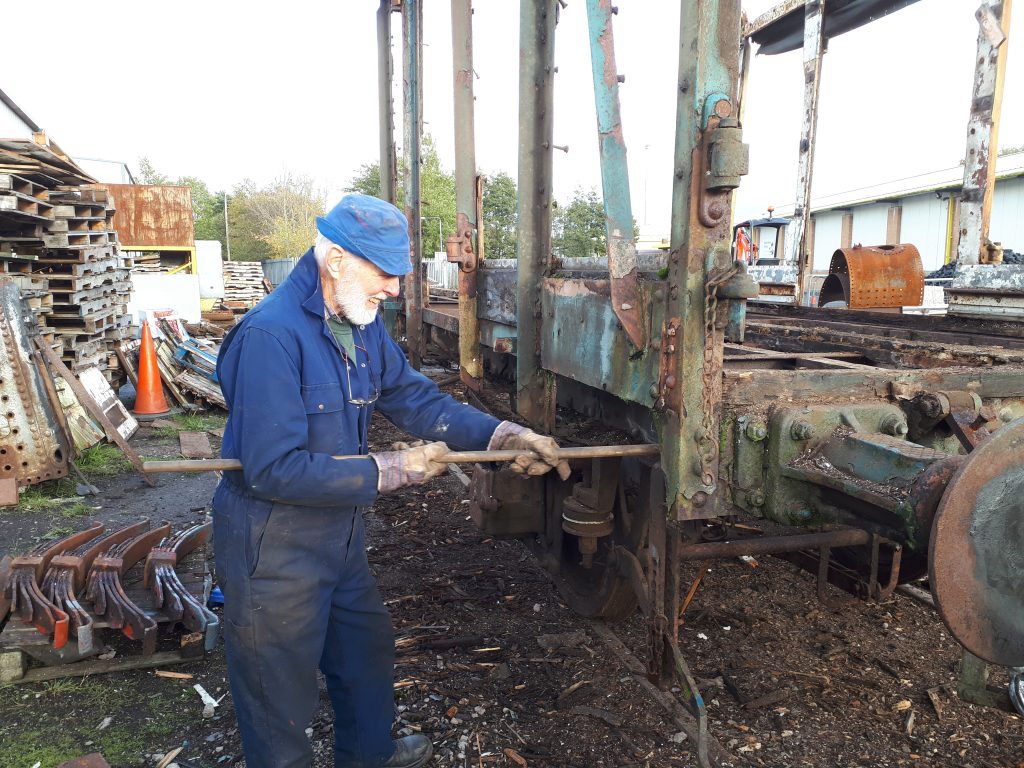 Various people have been assisting with the removal of the top of the PMV and John Dixon and Roger followed up their work on Friday by removing most of the remaining wood whilst Fred enjoyed a seasonal bonfire with the unwanted pieces of wood. 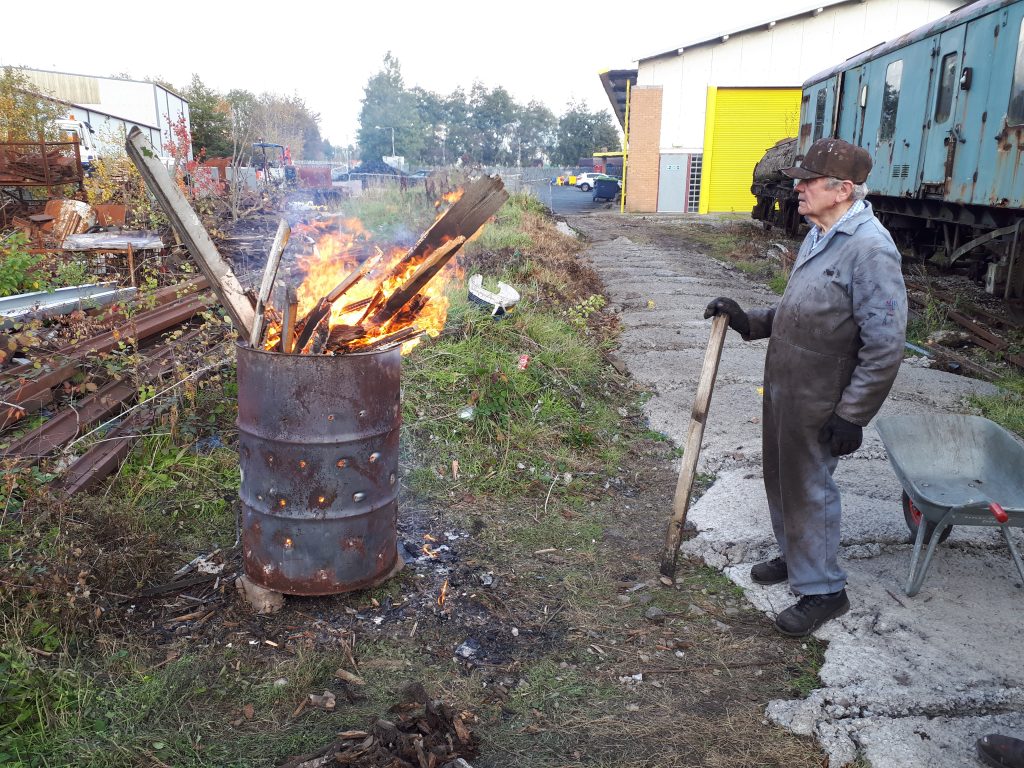 Bob Thomson appeared on Friday to continue his work on drawings for Wootton Hall and Mike Rigg received some ribbing from fellow members for finding a nice warm office in which he has been sorting out a backlog of RSR membership forms.

Looking forward, Keith and Fred will be travelling over to Embsay on Wednesday to commence the task of preparing 5643 for its 14 month boiler survey which is booked to take place on the 16th November. Further working parties there are likely on either Friday of Saturday.