A day or four late this week due to other distractions, so apologies for the delay. 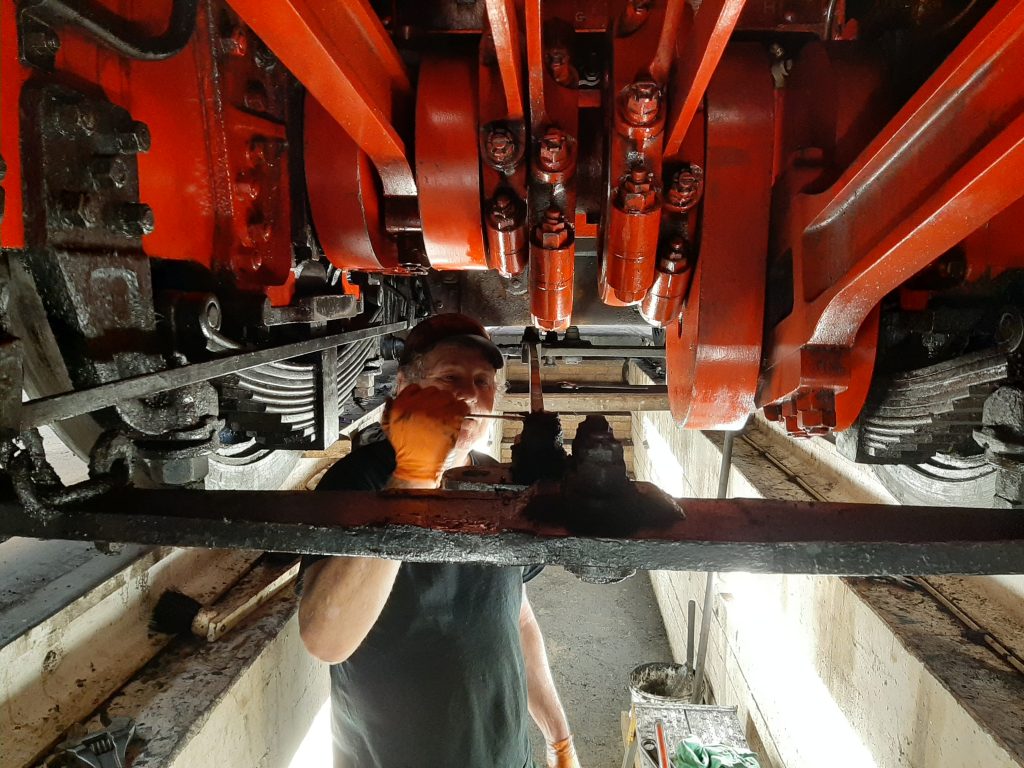 Work on 5643 has continued at Preston with Keith dismantling more brake gear under a much cleaner locomotive after all the recent work between the frames. 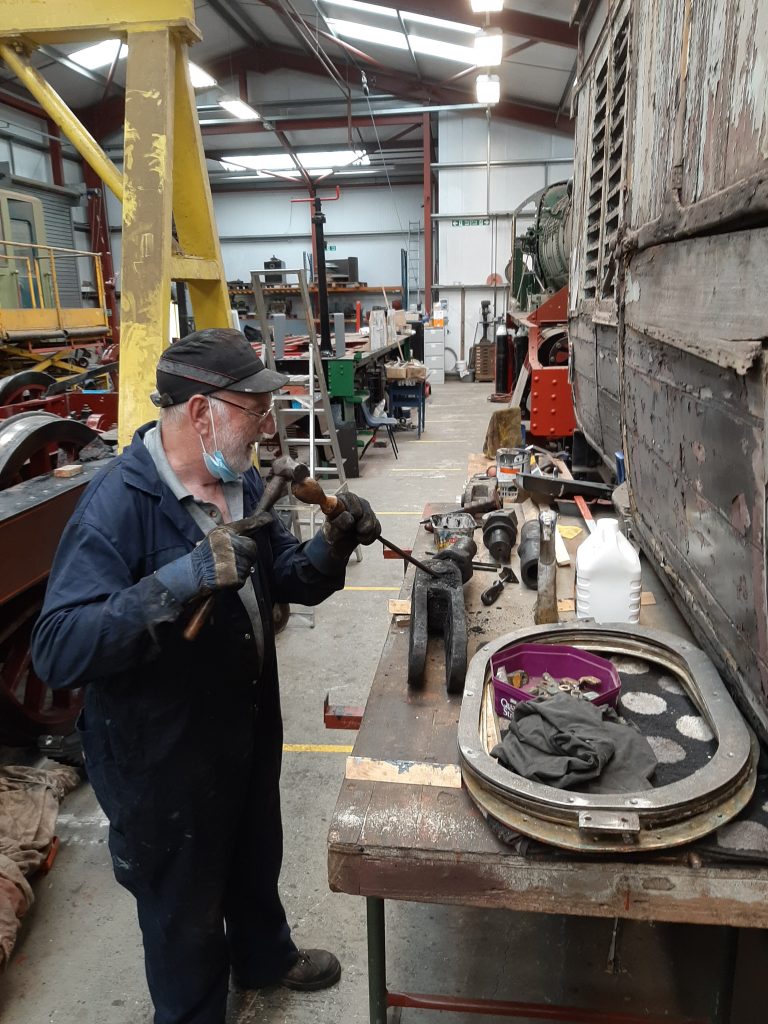 Phil has then been further dismantling items and cleaning them. 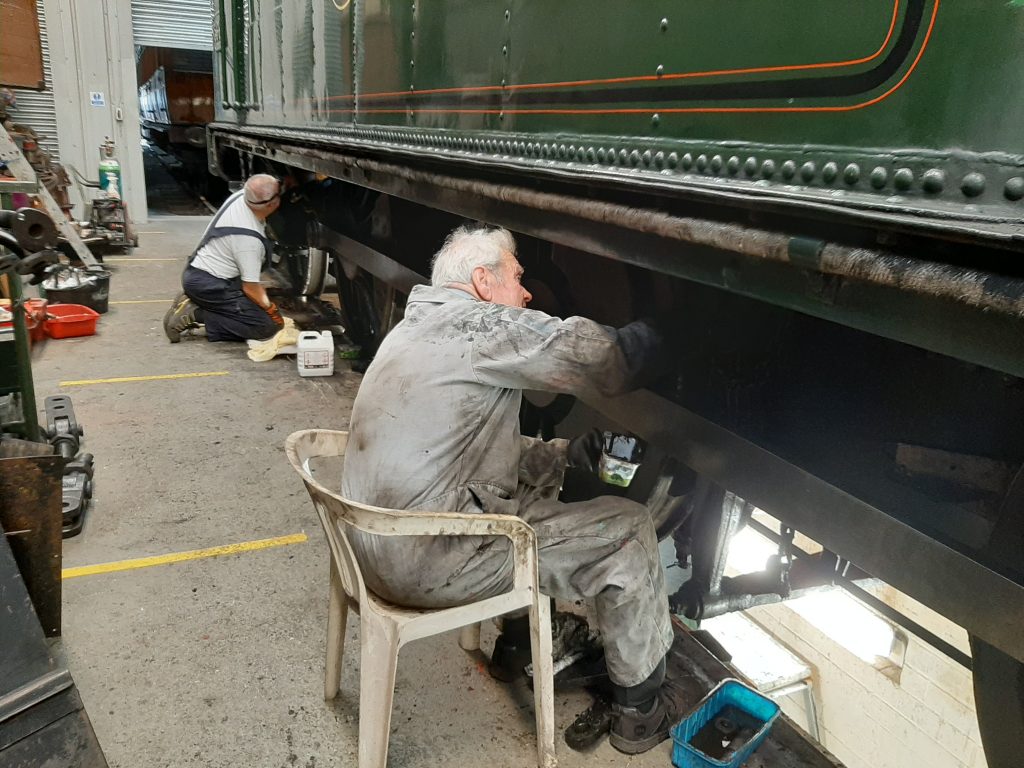 Fred and John Davis had another cleaning session on the right hand frames on Friday and are seen here dutifully observing the yellow distancing markers on the floor. 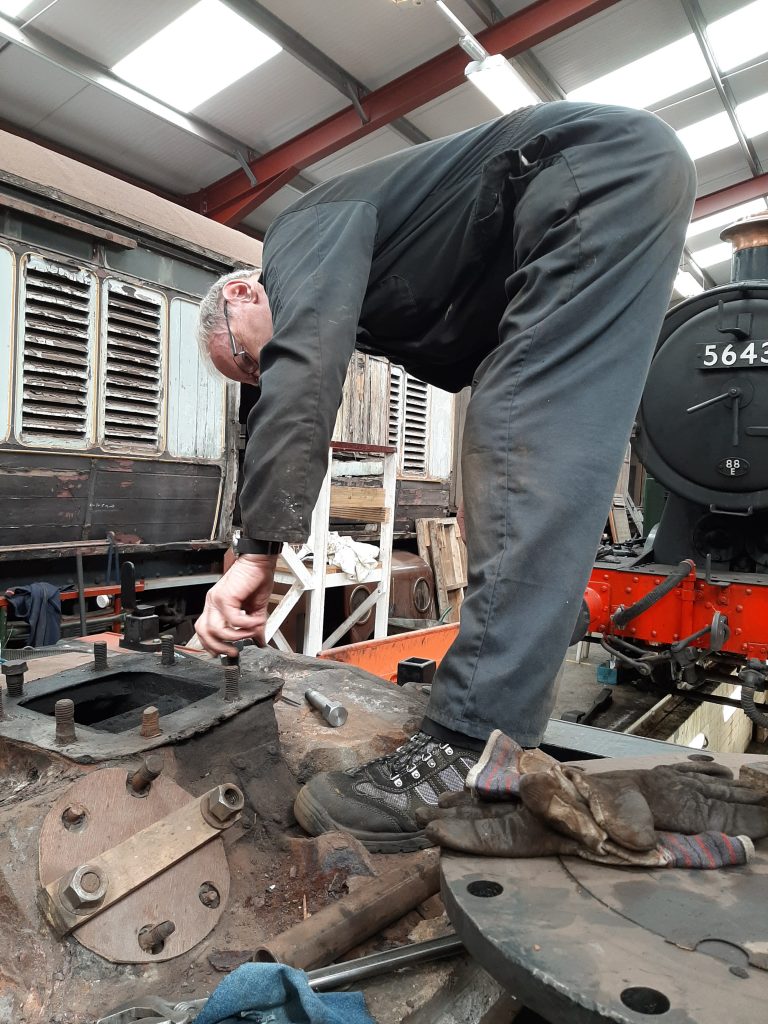 Work has also continued on FR 20 where the removal of all the spring hangers for machining has allowed further cleaning and painting of the frames to take place. John Dixon is seen in a most inelegant pose repairing the blastpipe retaining studs – we suspect he won’t be thanking the photographer!

Time also to reflect on other work that has been going on in recent times. 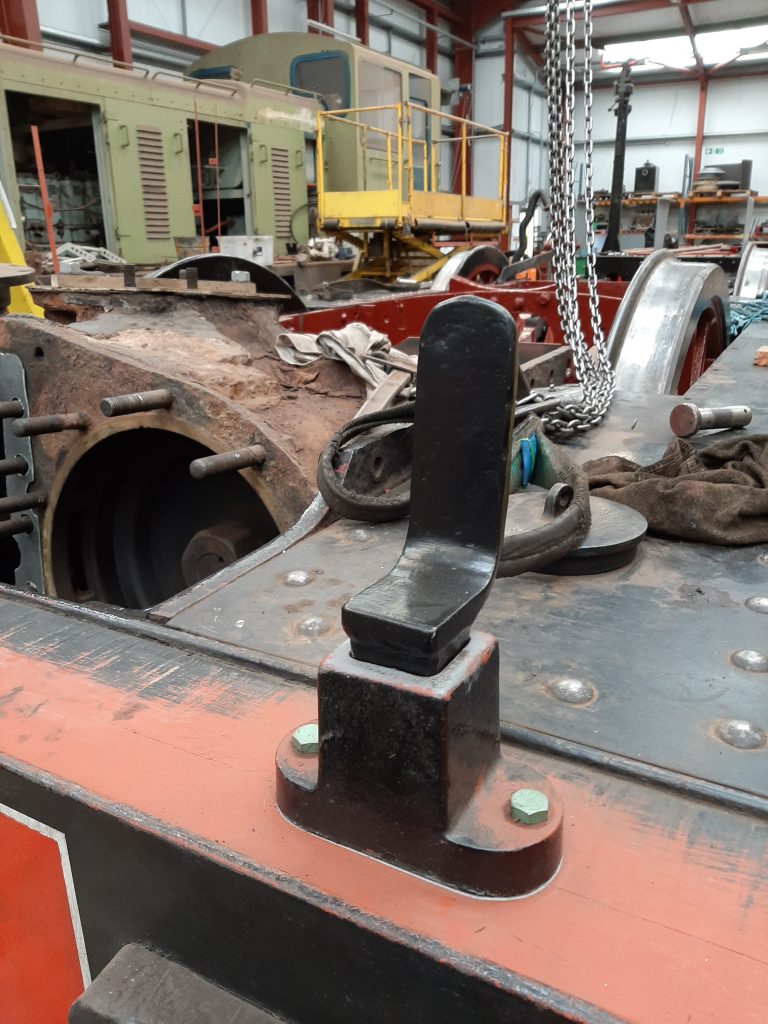 John appeared after the Covid lockdown with some homework, a couple of lamp bracket converters for FR 20 for such things as DO NOT MOVE signs.

Keith has fitted the first piece of firebox cladding on Wootton Hall, carefully allowing for the attachment of the four cone ejector. 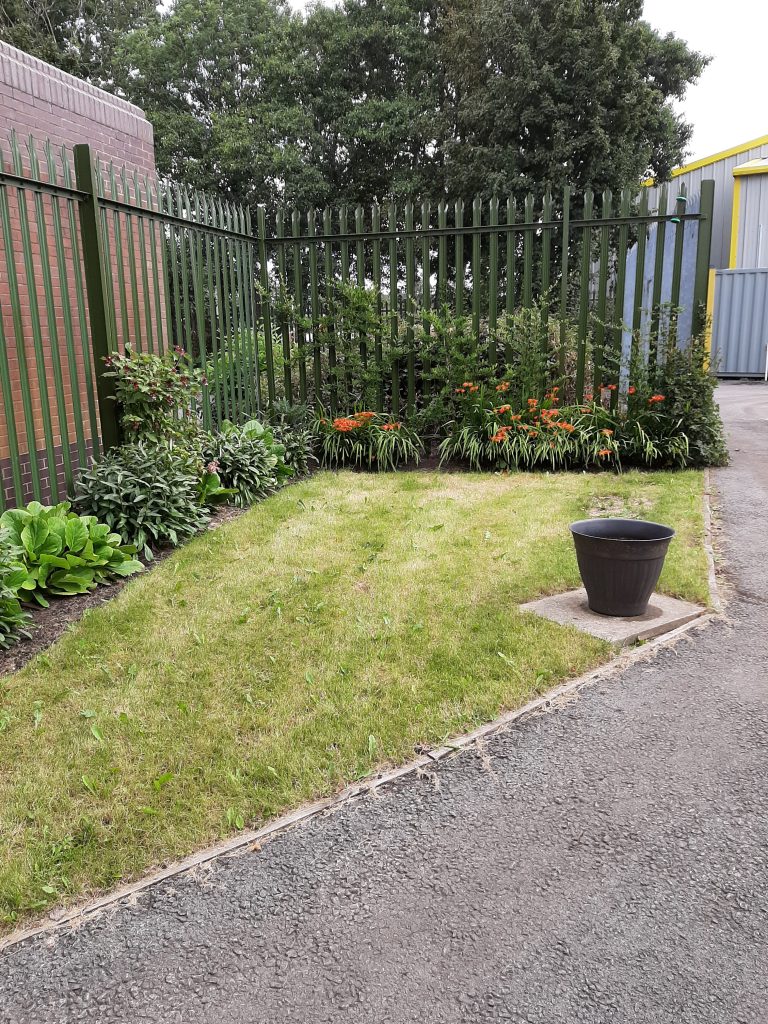 Finally, Ed appeared the previous Wednesday and did a splendid job in putting the nearby garden to rights after it had suffered some lockdown dereliction.

Working parties at Preston continue on Wednesdays, Fridays and Saturdays.

Work has continued in the FRT shed at Preston where the excellent insulation has provided some respite against the very un-British heat that we have been experiencing in recent weeks. 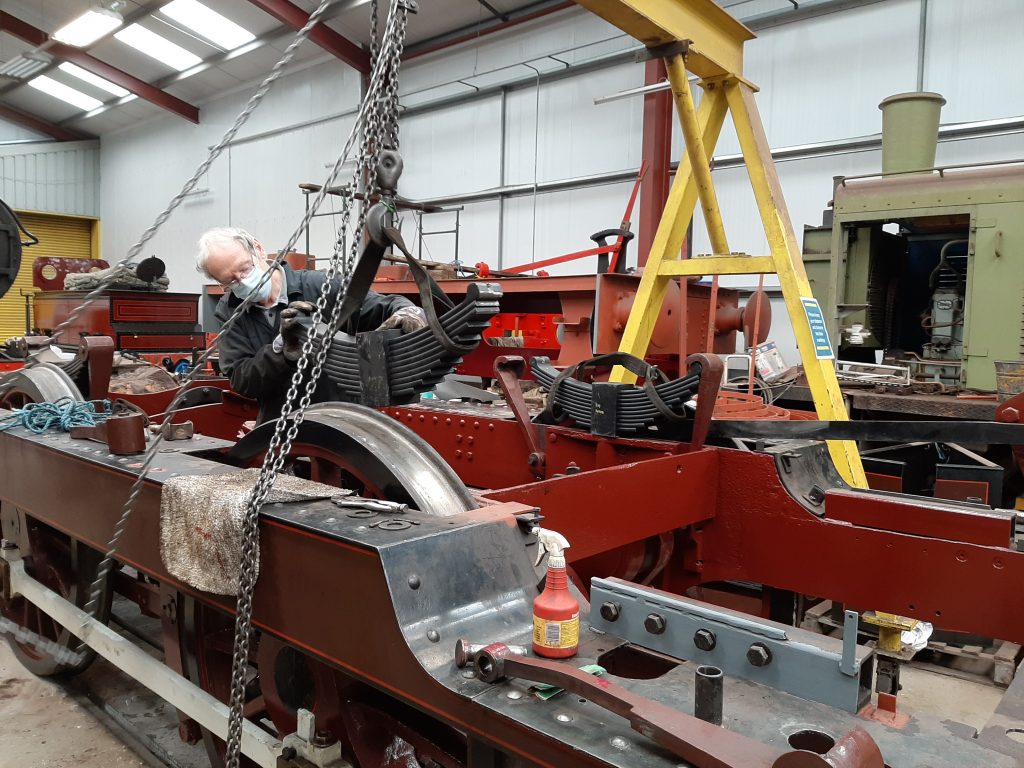 The new springs for FR 20 are still in the course of being fitted, with John Dixon seen here positioning one on to the frames. Further examination of the spring hangers suggested that there has been a small long standing mis-alignment between the spring hangers and the centre pins which support the springs. All the spring hangers have now been removed to enable them to be machined and, hopefully, a perfect fit obtained.

Adrian has been refilling FR 20’s boiler ready for a hydraulic test and Alan has been following up any signs of a dribble. 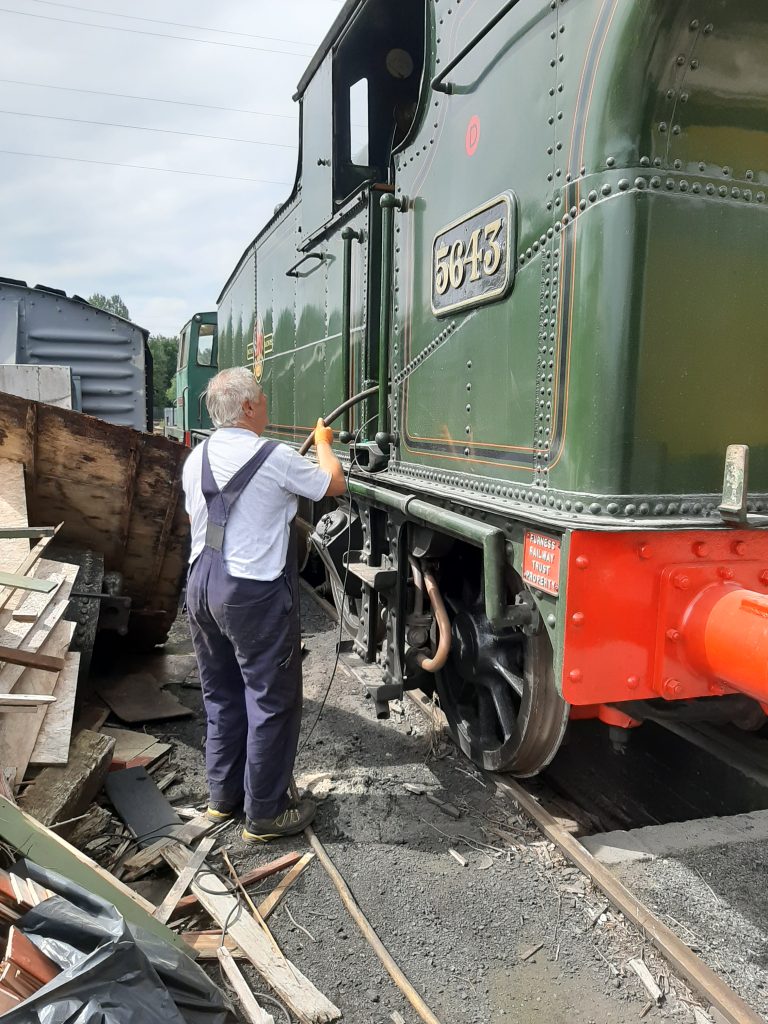 5643 was moved on to the pit outside the RSR running shed on the 7th August which enabled the ashpan to be given a thorough clean. John Davis is seen at the bottom of the cab steps feeding a hose pipe into the cab. 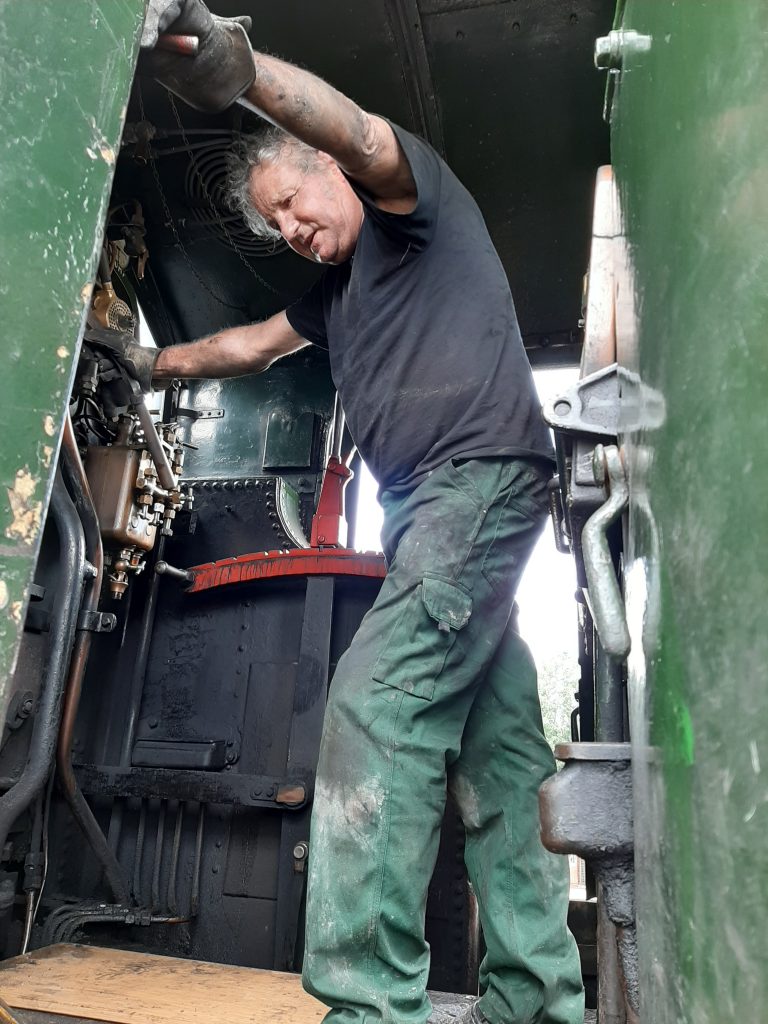 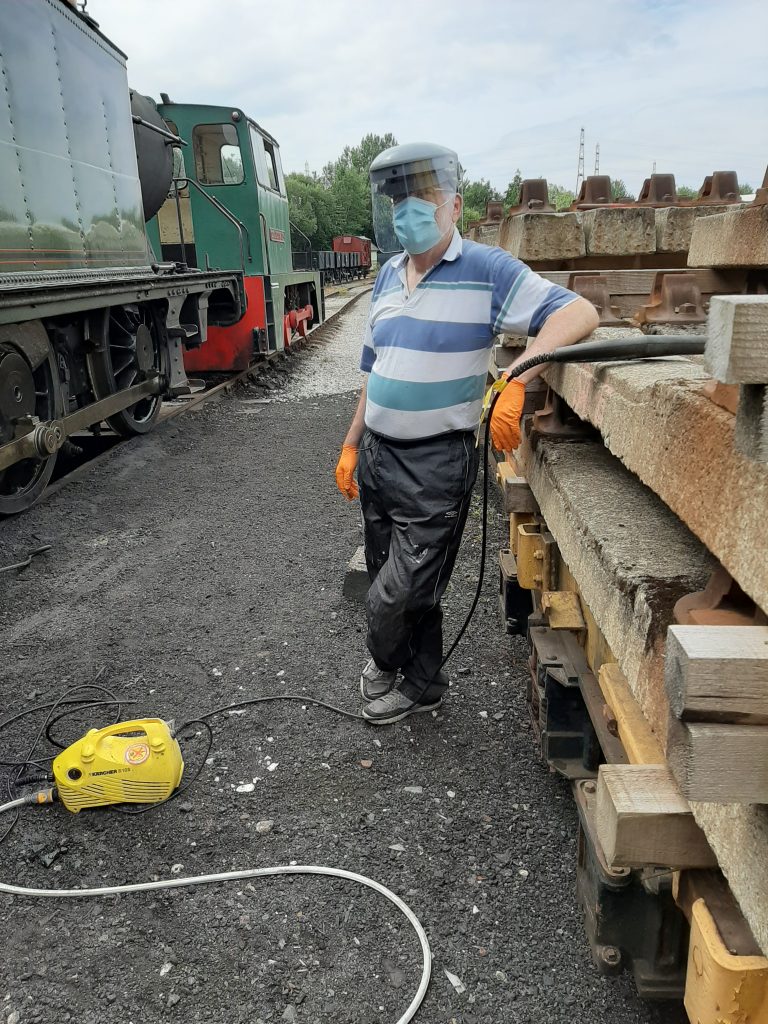 Once this had been done, Phil went underneath to undertake some pressure washing between the frames. 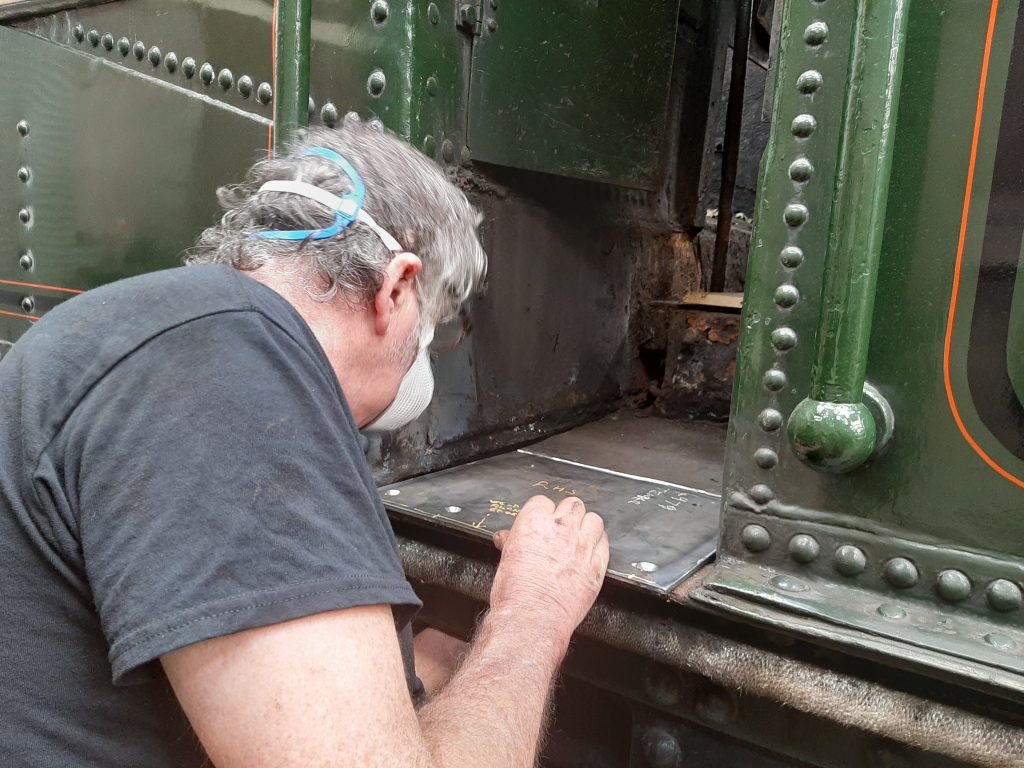 Last Wednesday Keith was in the process of replacing the heavily corroded driver’s side cab step plate. 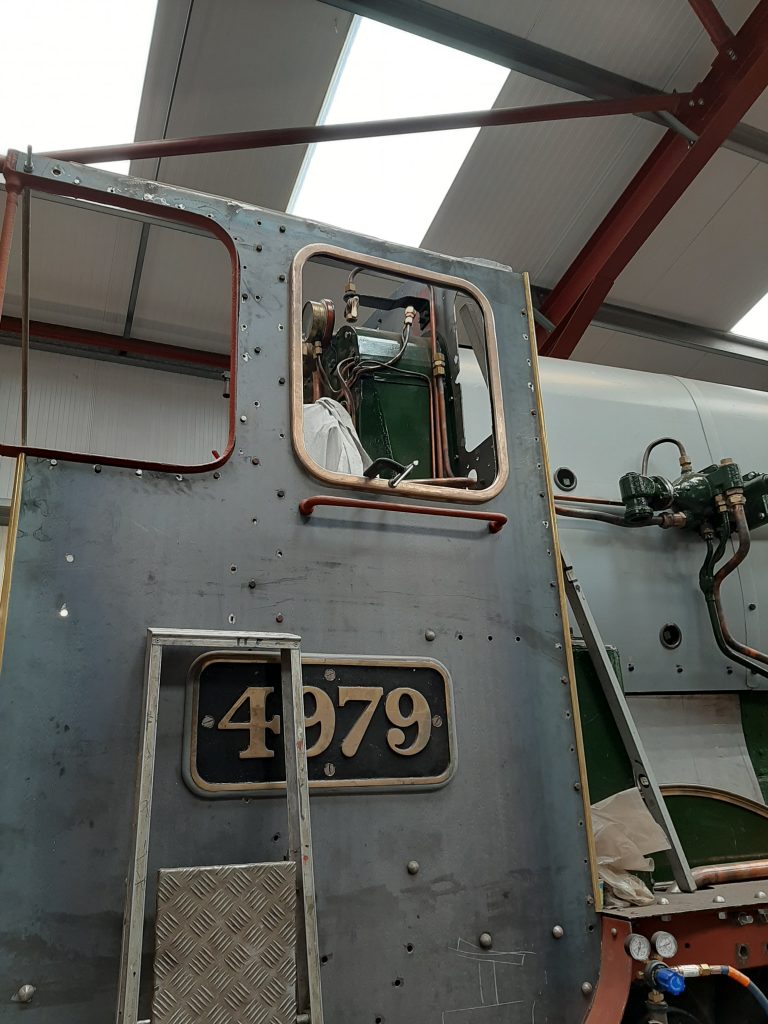 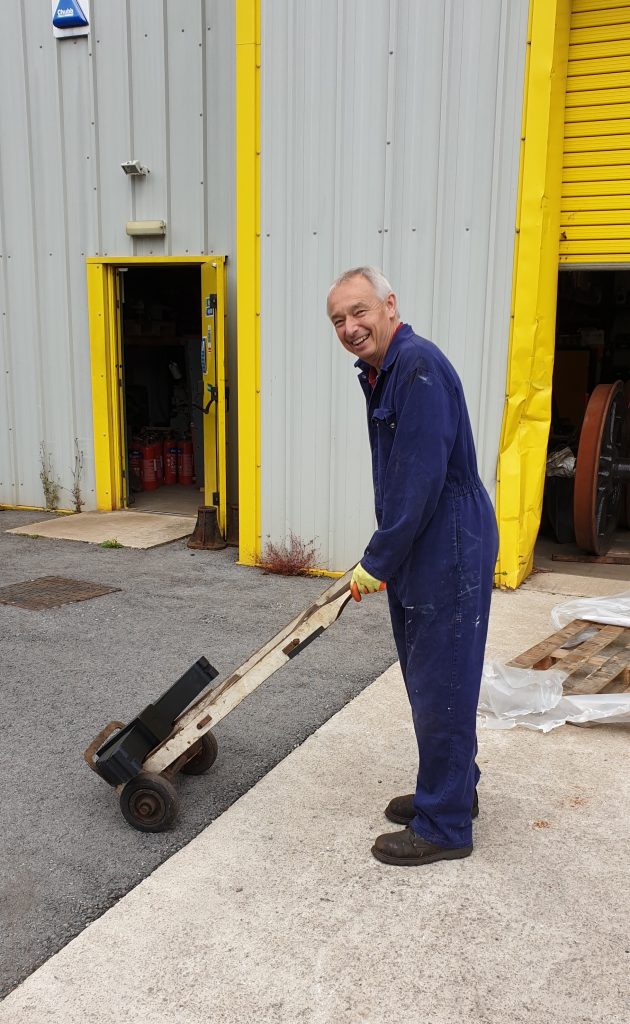 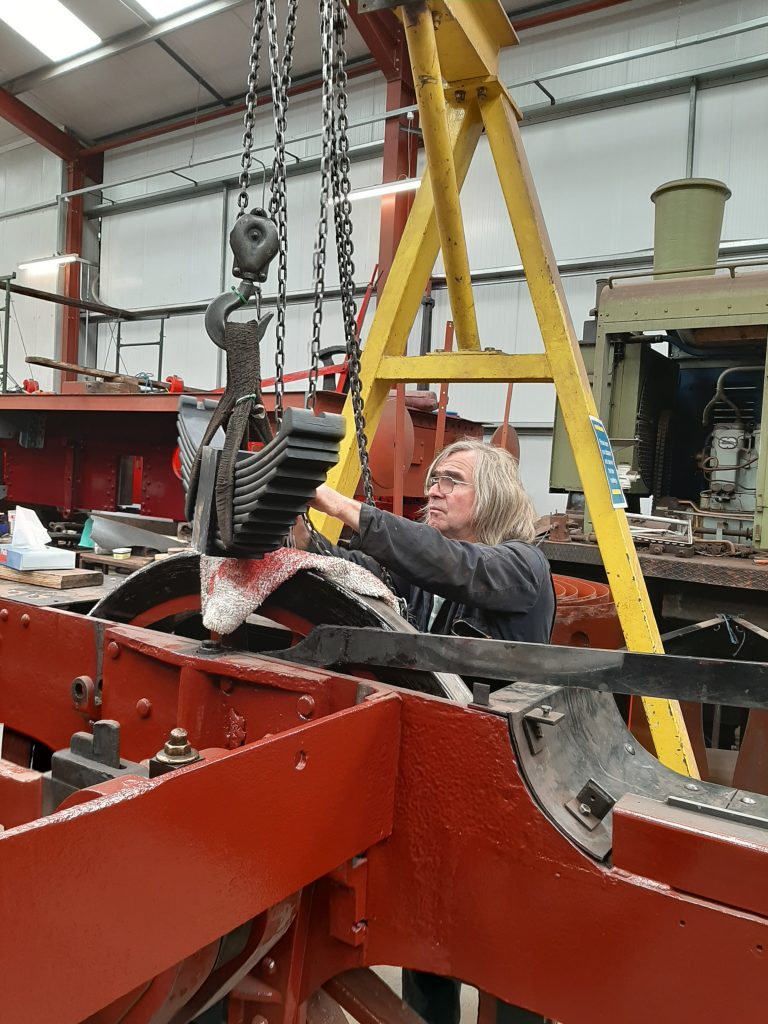 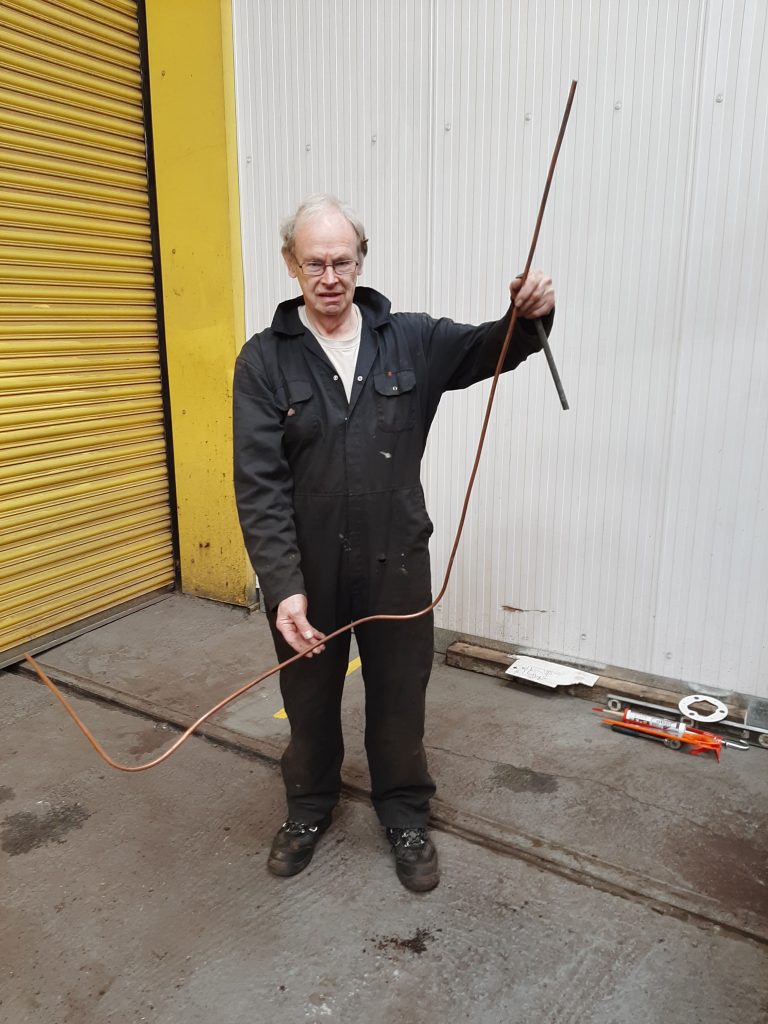 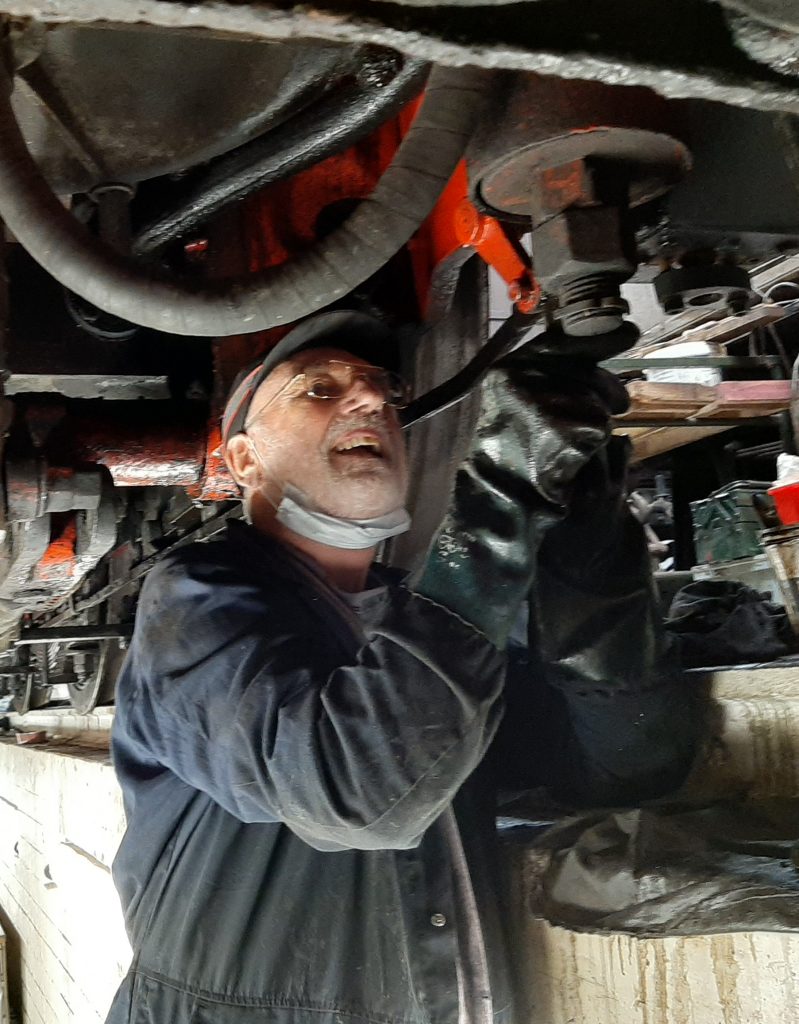 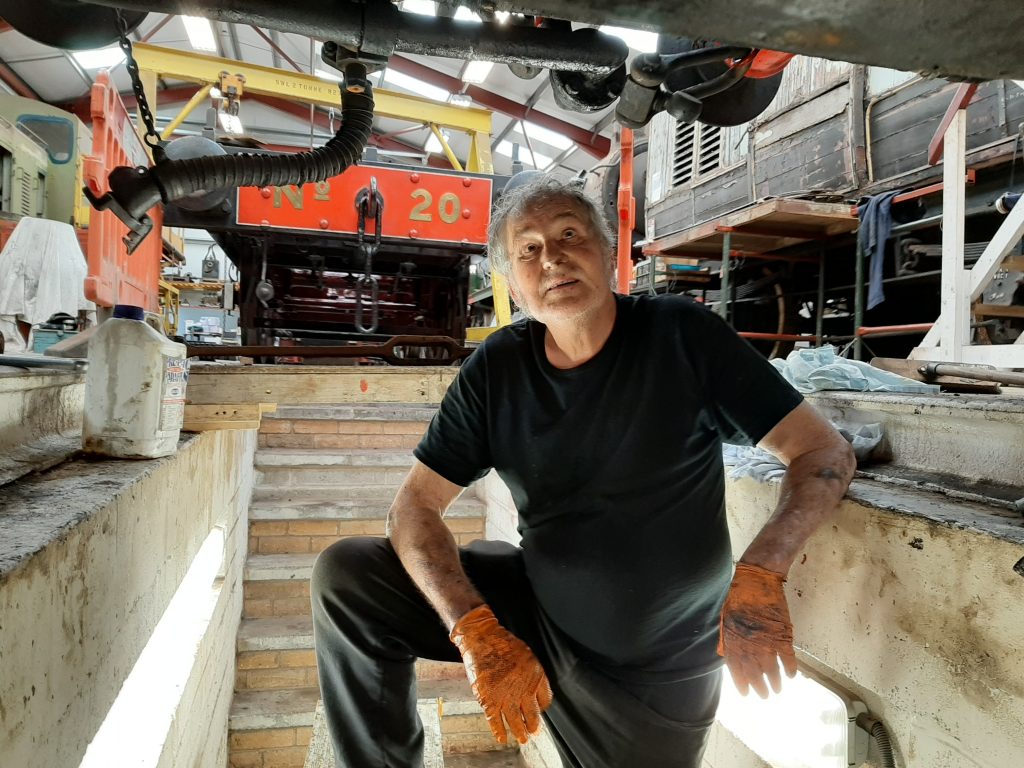 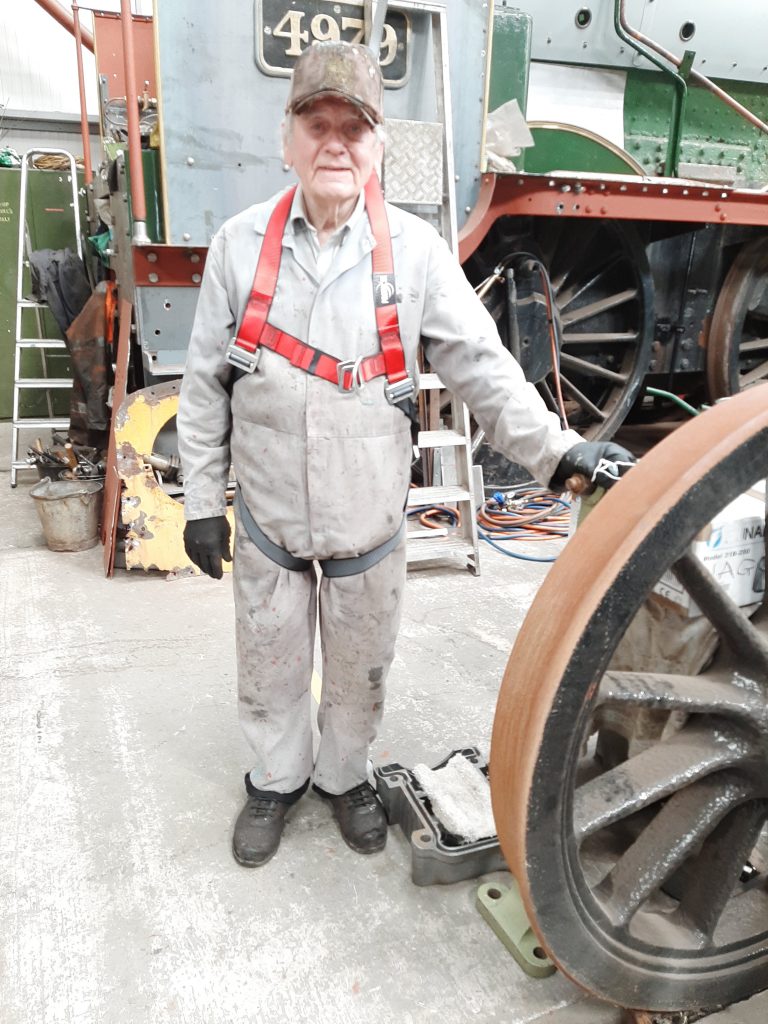 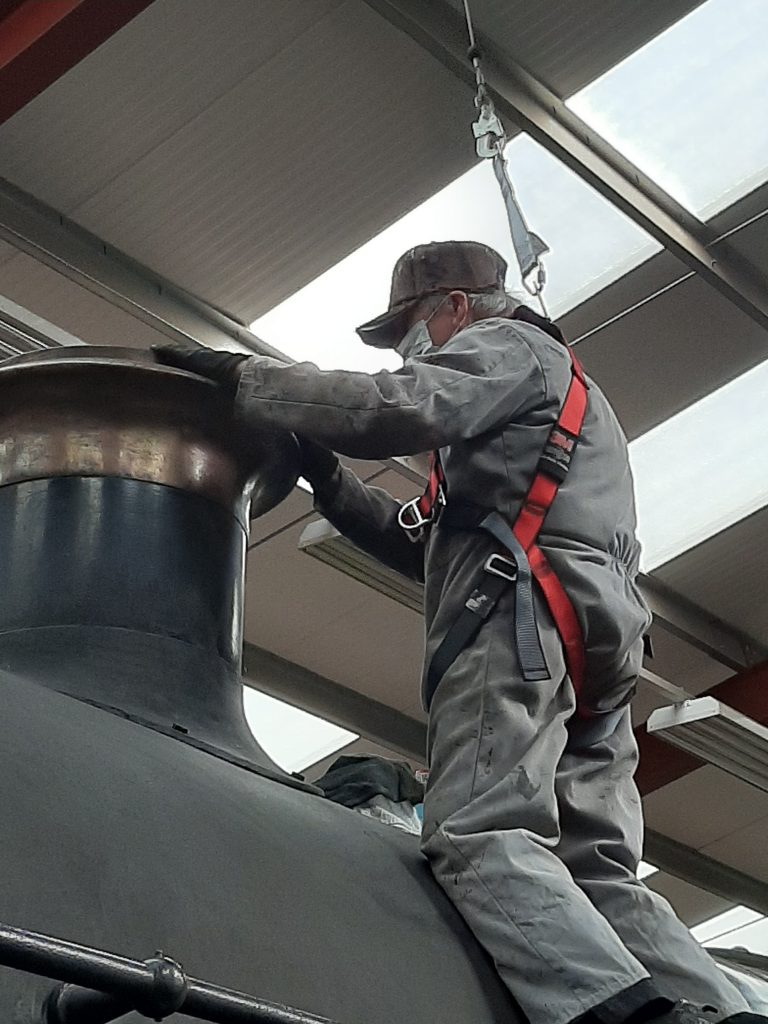 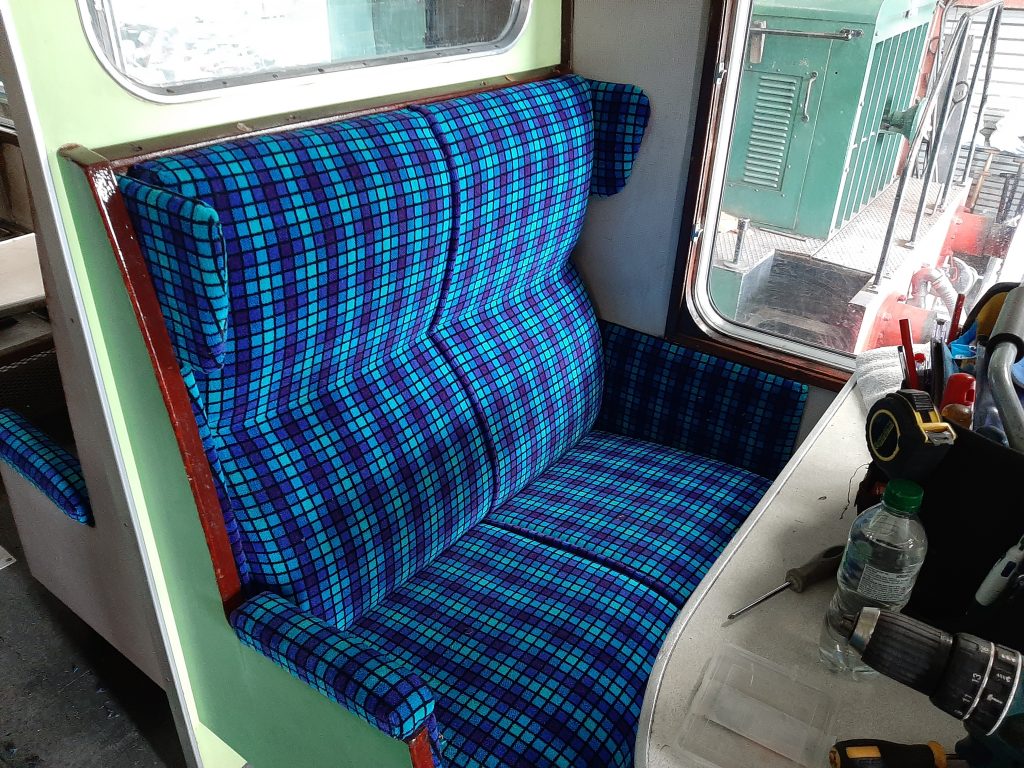