We start this week’s blog with a couple of FRT projects which are being undertaken in the RSR’s workshop. 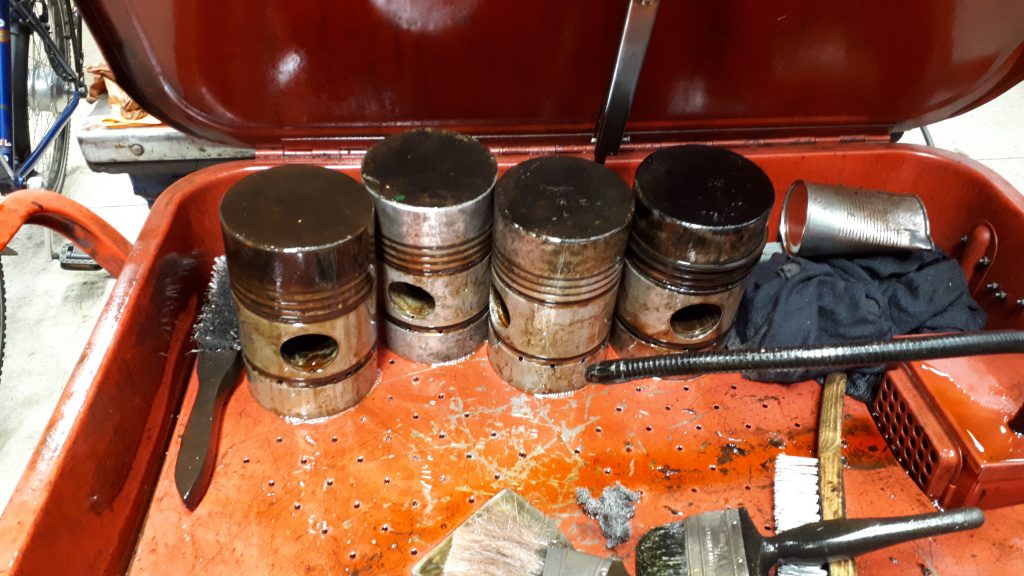 All the pistons have been removed from the liners and given a good soaking in the component wash bath. It is hoped that this process will release the piston rings which, like everything else on Fluff it seems, have seized. 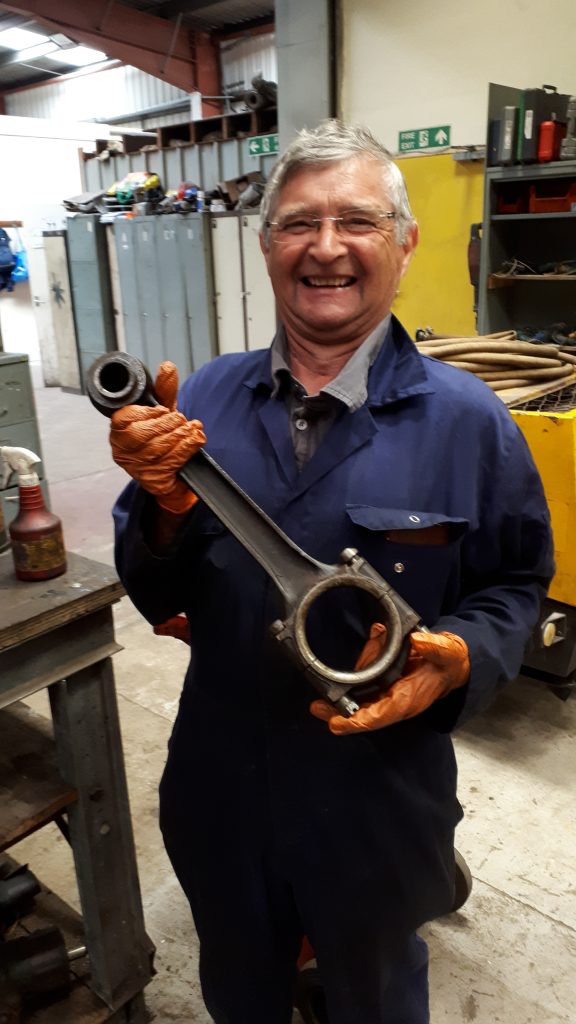 Alan is seen here with one of the piston rods. 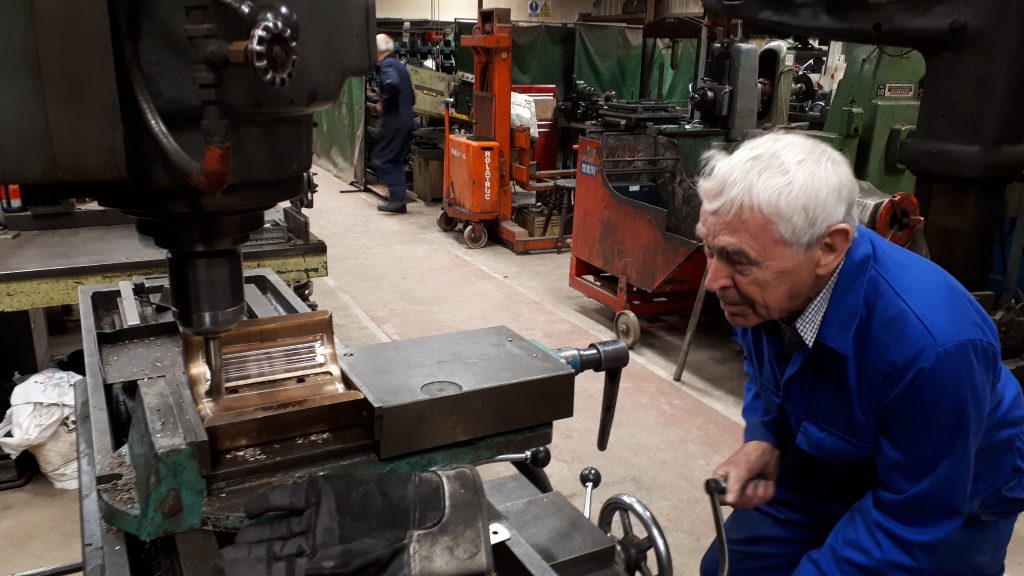 Bill Norcross has been machining out recesses in FR 20’s tender axle bearings in order that they can receive white metal. 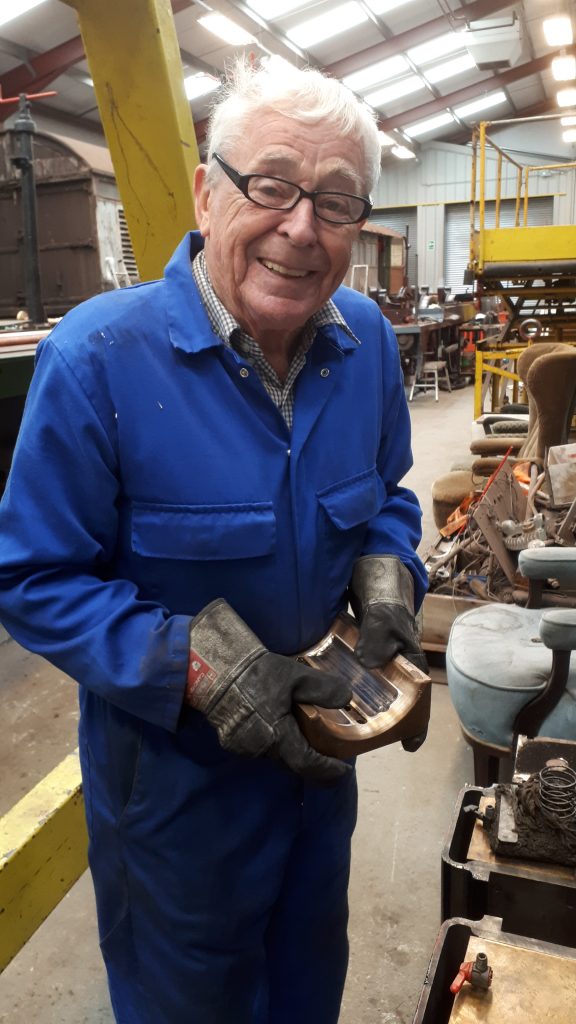 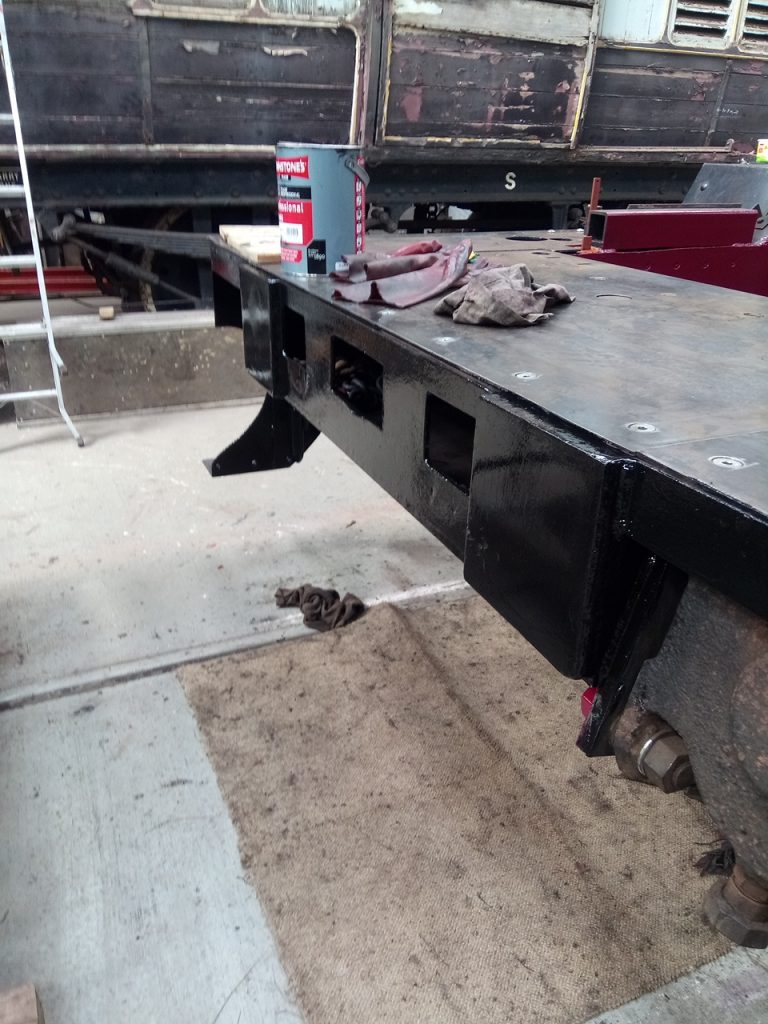 Over to the FRT shed where work has continued on cleaning FR 20’s engine frames, and paint has been applied on Wednesday and Friday by Phil Bell, John Dixon, Roger Benbow and a rare visit on Friday from Neil. 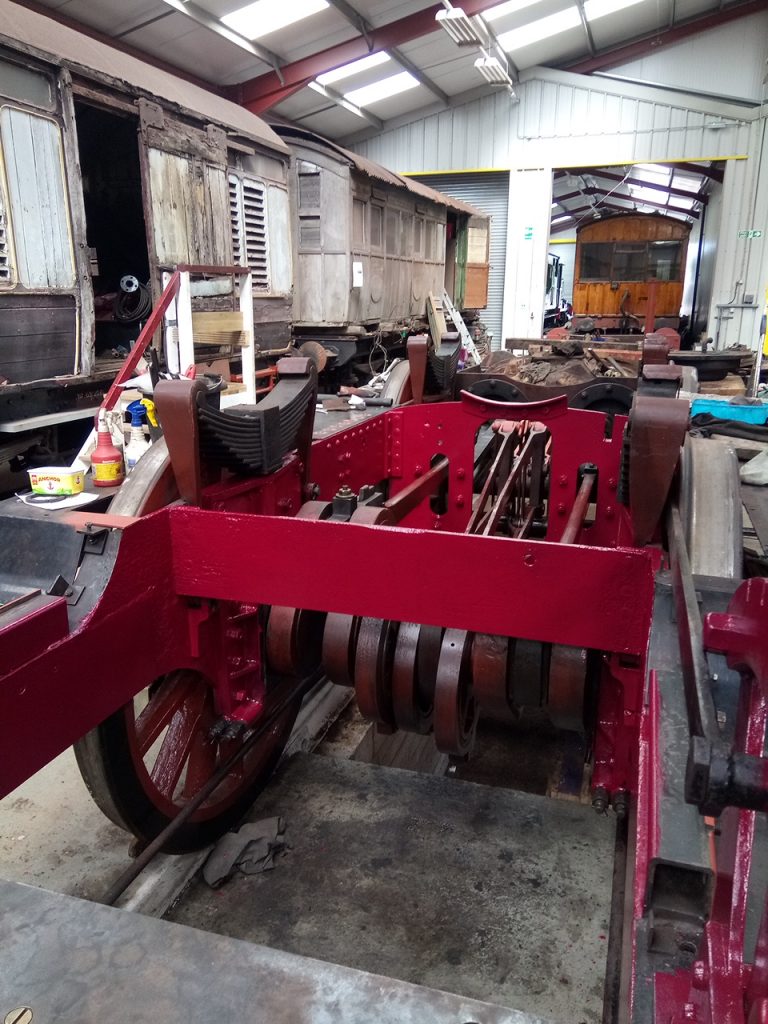 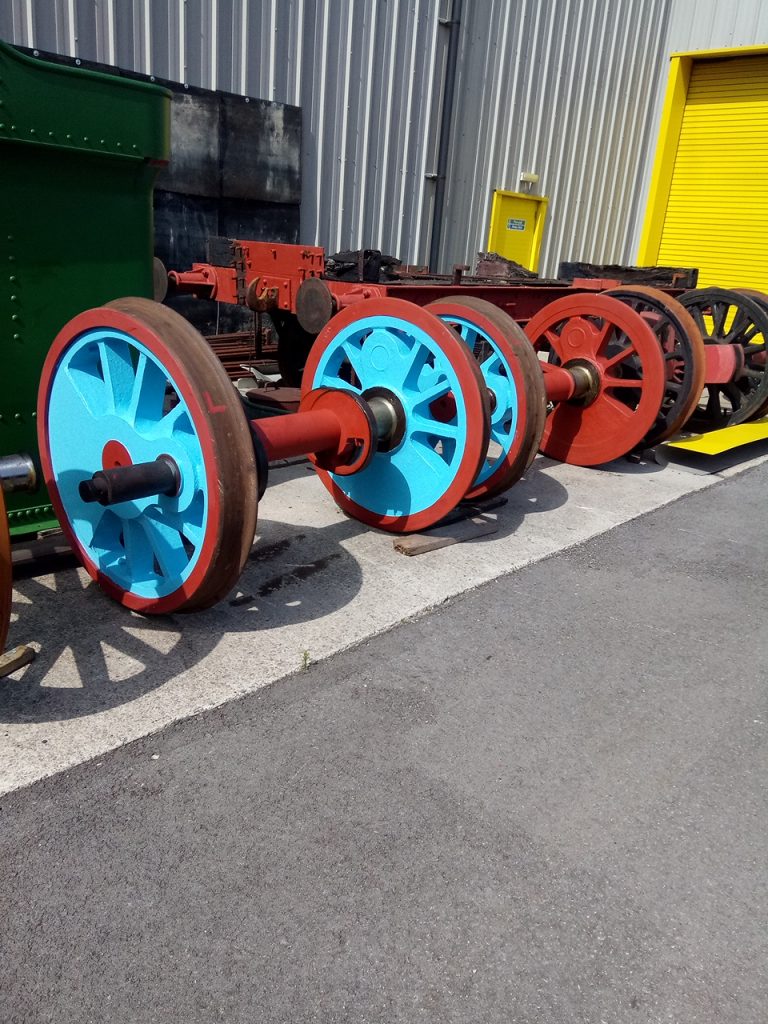 The latter are now turning bright blue with undercoat paint.

Keith has been over to Embsay and reports that a problem with 5643’s vacuum pump has now been identified and fixed and that the loco should be back in traffic this next weekend. 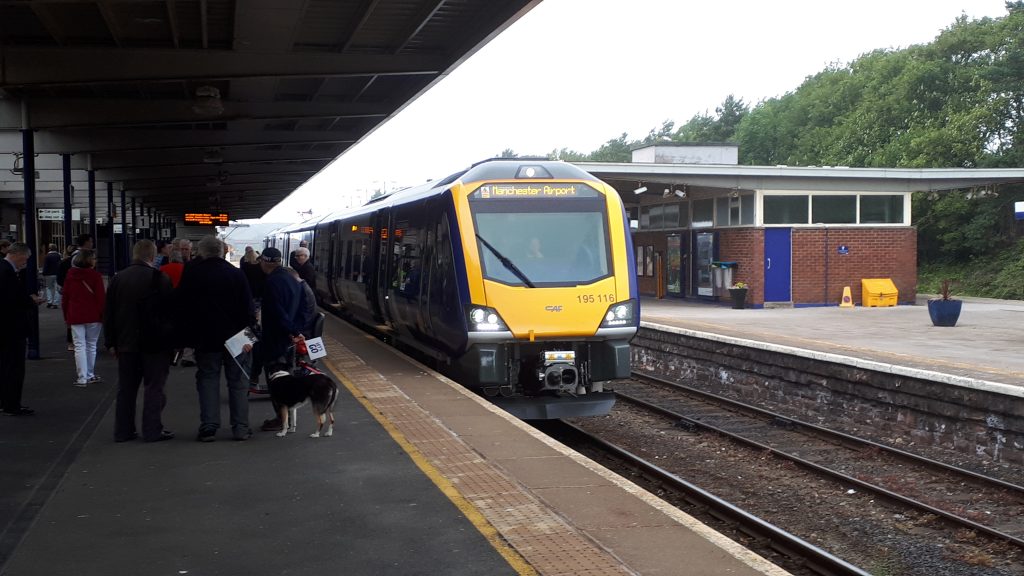 It would be remiss of us not to refer to the step change in train service that took place yesterday on the former Furness Railway. We show a photo of a brand new Class 195 waiting to be ceremonially waved away from Barrow station to Manchester Airport, one of what has doubled to eleven such weekday services that were introduced as part of the timetable change.

Finally, all members should have received an invitation to the Annual General Meeting on the 16th July. Let us know if you haven’t. Also, The Iron Horse has been proof read and is now back with the printer. Hopefully, they will be sent out in the next week.