It has been another week of steady progress on our projects at Preston.

John has been preparing and fitting new step boards to the RMB, the RSR joinery dept having planed up some useful second hand wood to specification. 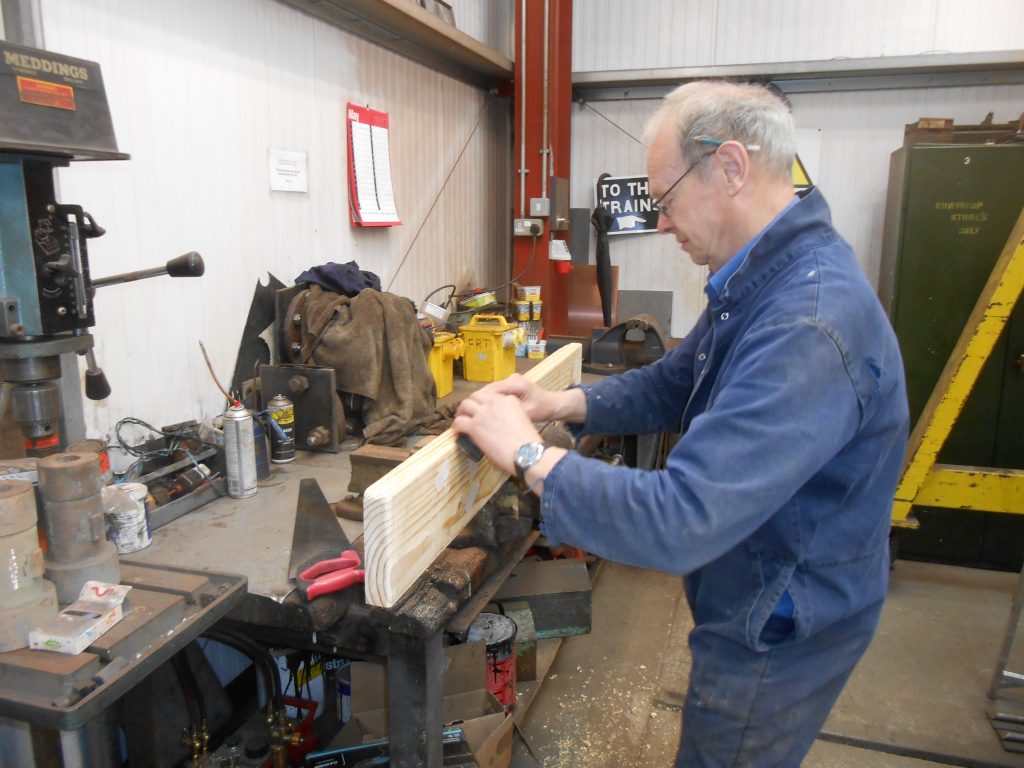 Just a case then of filling some old nail holes, chamfering off the edges and corners, and then fitting them. 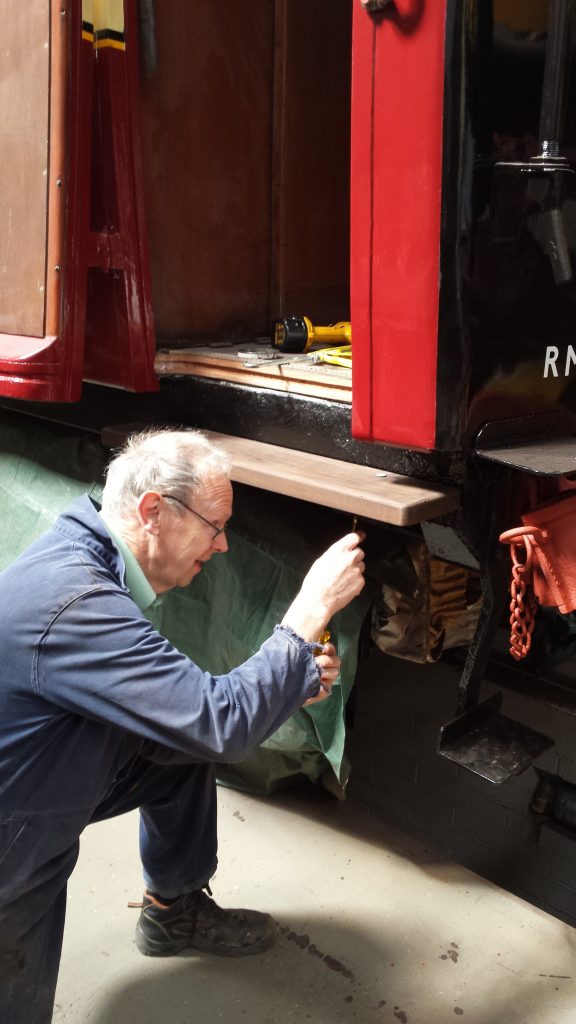 A A couple of door rebates also needed rectification, and all the door grab handles have been polished and fitted. Mike has spent yet more time in the south side toilet but tells us that he feels a lot better now that he has managed to re-fit the door! David has been out with his sewing needle, repairing seat covers and Tim has started the job of painting the east end head stock, which somehow seems to have been omitted from previous painting operations.

Mike and Paul have again been busy experimenting with the creation of moulds for the replacement of missing plates on the RMB under the frames. Paul is seen here pouring a substance which appears to have some resemblance to blancmange. Paul has also made more progress with cleaning down the new paint cabinet, which will no doubt be receiving a coat of red oxide very shortly.

Work has again continued on Caliban; yes there has been more dust from Adrian, Howard has broken another part of the sanding gear with his hammer, and work has progressed on the running board.

Keith, Fred and George have continued their labours on Wootton Hall where bits continue to be removed from around the front end for Fred to clean. There has also been a search for copper tube of the right specification for the lubrication system, but this has proved to be somewhat of a challenge for David, despite the power of the internet.

The Trustees are meeting tomorrow evening at Alison’s house to review the Annual Report and Accounts for 2016. On previous occasions Trustees have departed after the meeting to find either the M6 or the A590 has been closed – as a result one arrived home at 01.45 in the morning! Sure enough, this latest meeting has coincided with a planned closure of the M6 south of Lancaster, so there will be some pressure to get the meeting finished pronto!