The replacement Great Western Railway style axle lubrication pads for Wootton Hall‘s tender have finally arrived, much to Keith’s delight. This is what they look like (no that is not a small creature previously unknown to science…!) 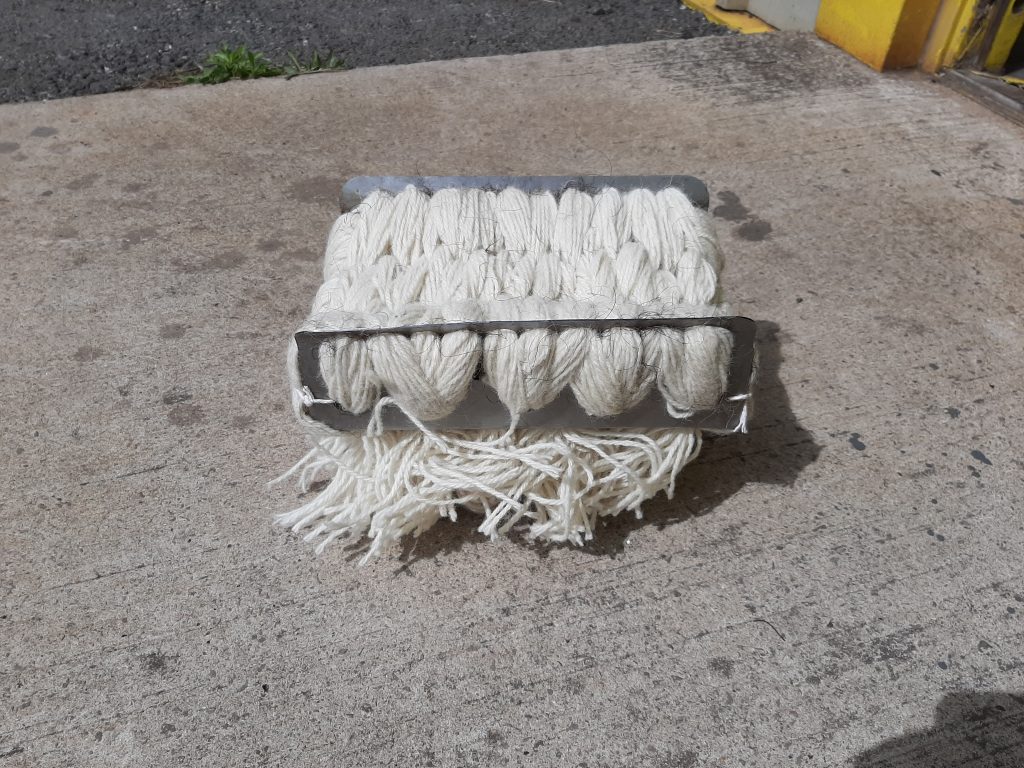 This should pave the way for placing the tender chassis on to the wheels in due course. 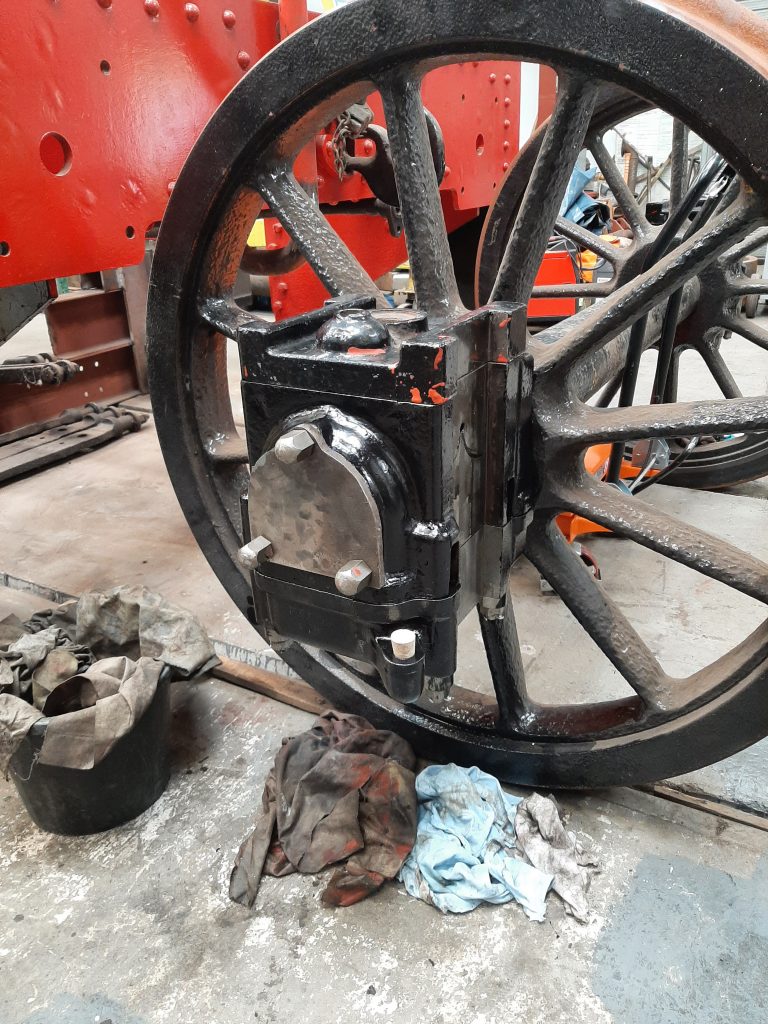 Tim has produced a dozen new lubrication trimmings which will siphon oil from the upper oil tray. The first two axleboxes have now been assembled and fitted with the new pads and trimmings and the rate of flow of oil from the trimmings will be checked over a period of time.

Keith reports that the repairs to 5643’s vacuum cylinder have proved to be effective with a successful test last Thursday. The locomotive was in traffic at the East Lancs Railway over the weekend.

Work has continued on Furness Railway No. 20 with both clacks and the first of the injector delivery pipes being fitted. The fitting of the new injector steam valves took a step forward with the drilling of the new pipe flanges, which Alan achieved last Thursday at the former Victoria Engineering workshop at Longridge. Work has also continued on FR 20’s paintwork, along with the ongoing restoration of Fluff and the former Furness Railway water crane from Foxfield.