Apologies – we are a day late this week! Yes, it has been necessary to put in an extra day at Preston with Furness Railway No. 20 this week so the blog deadline was missed. The reason for cracking on with the finishing stages of the overhaul of FR 20 is that there are plans afoot for it to appear at the Barrow Festival of Transport on Saturday, 17th July, as part of the Furness 175 celebrations. 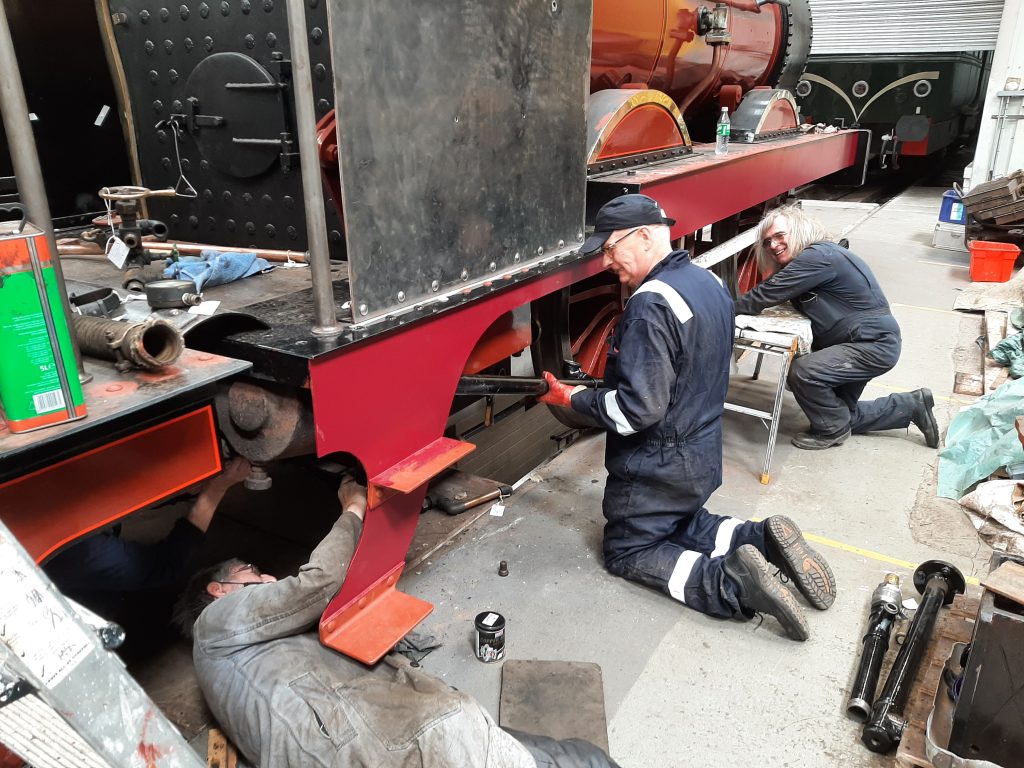 Last Wednesday saw some progress on re-fitting the engine’s vacuum pipe which, for some reason, is proving to be a challenge. John Dixon, Alan, Ron and Ade are seen here wrestling with the recalcitrant pipework. 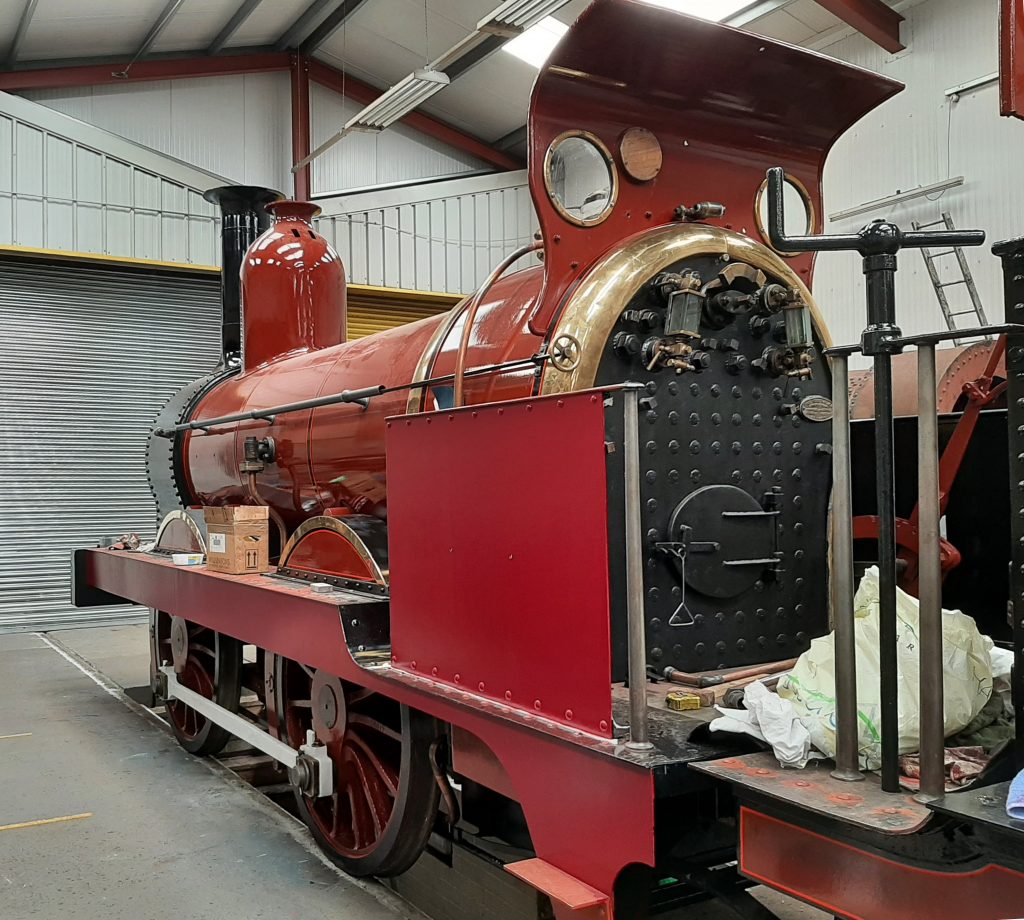 The cab sides have now received coats of primer and undercoat as part of the push to complete the paintwork. 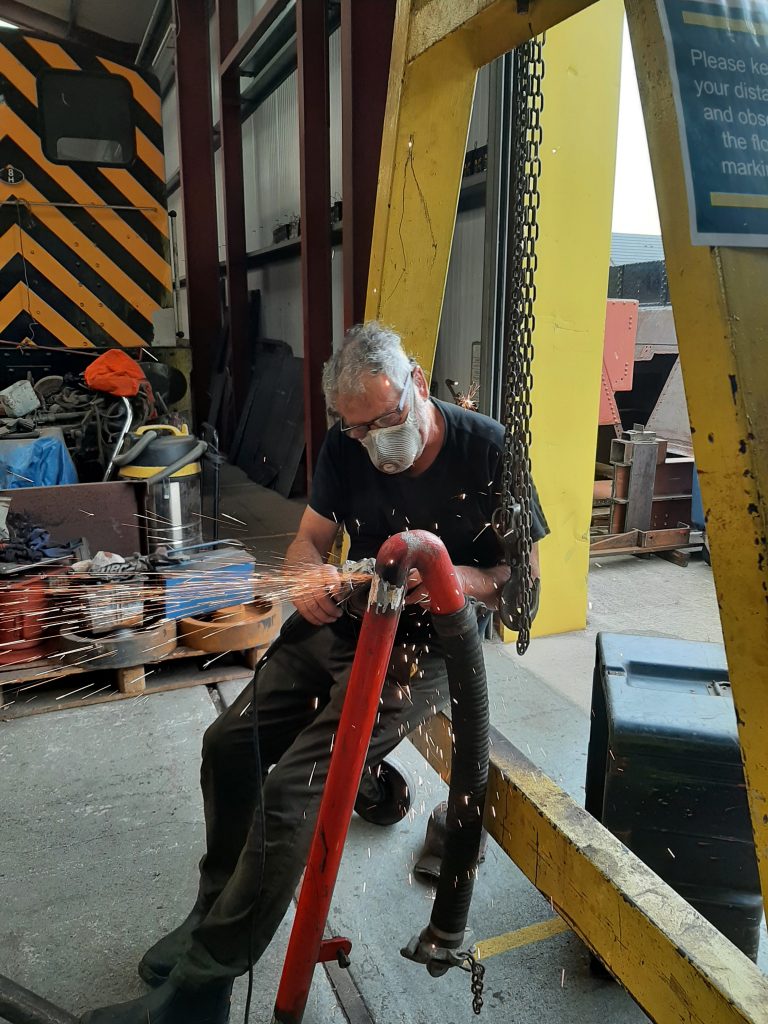 Work has also continued on Wootton Hall‘s tender where Fred has been cleaning up the  vacuum pipework and Keith has been welding up and grinding off any suspicious areas of metalwork. 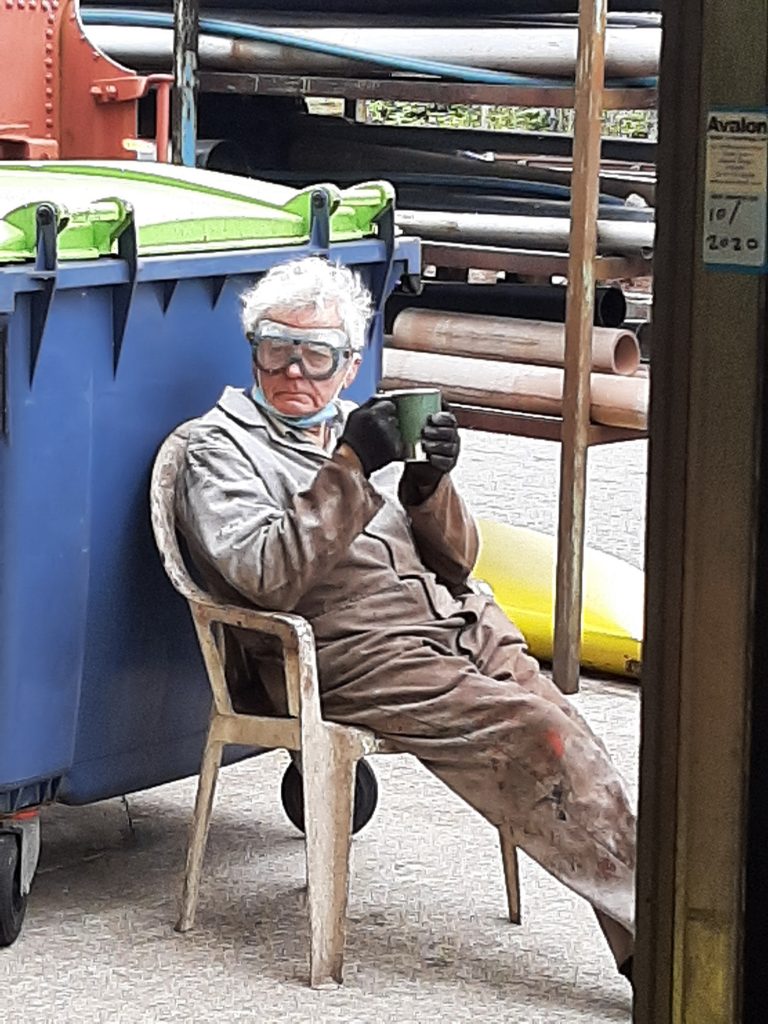 Fred is seen here taking a well earned break – he will be glad to know that the next box of cup wire brushes has arrived! 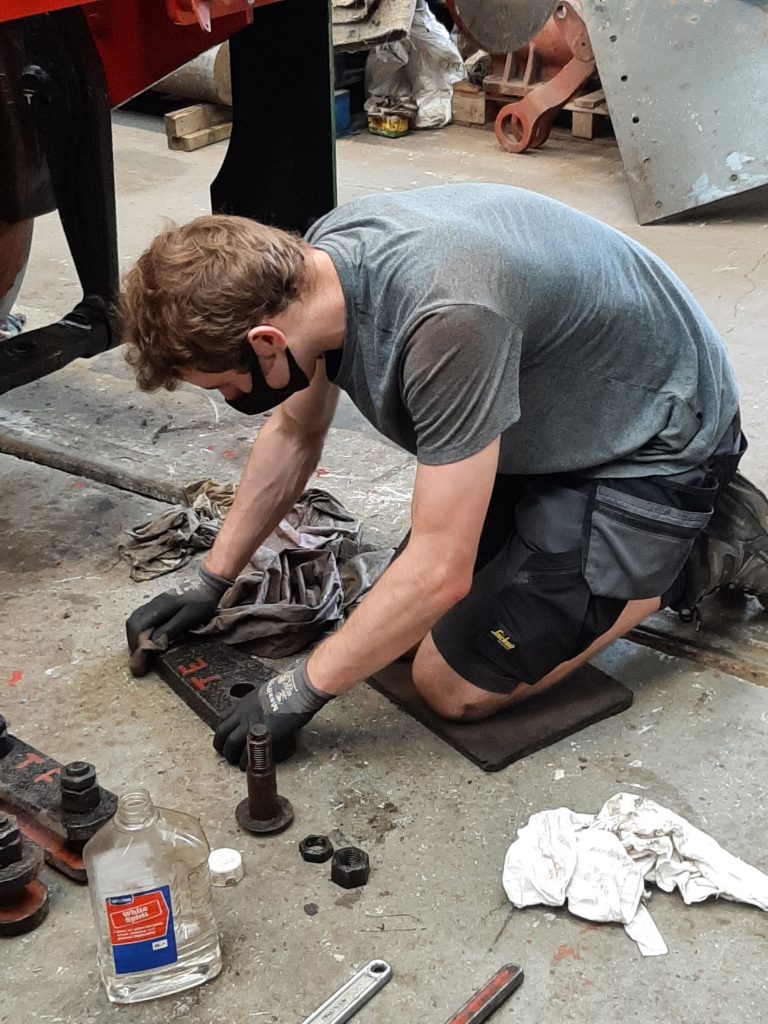 Sam was kept busy on Friday cleaning and piecing together the tender brake linkage. 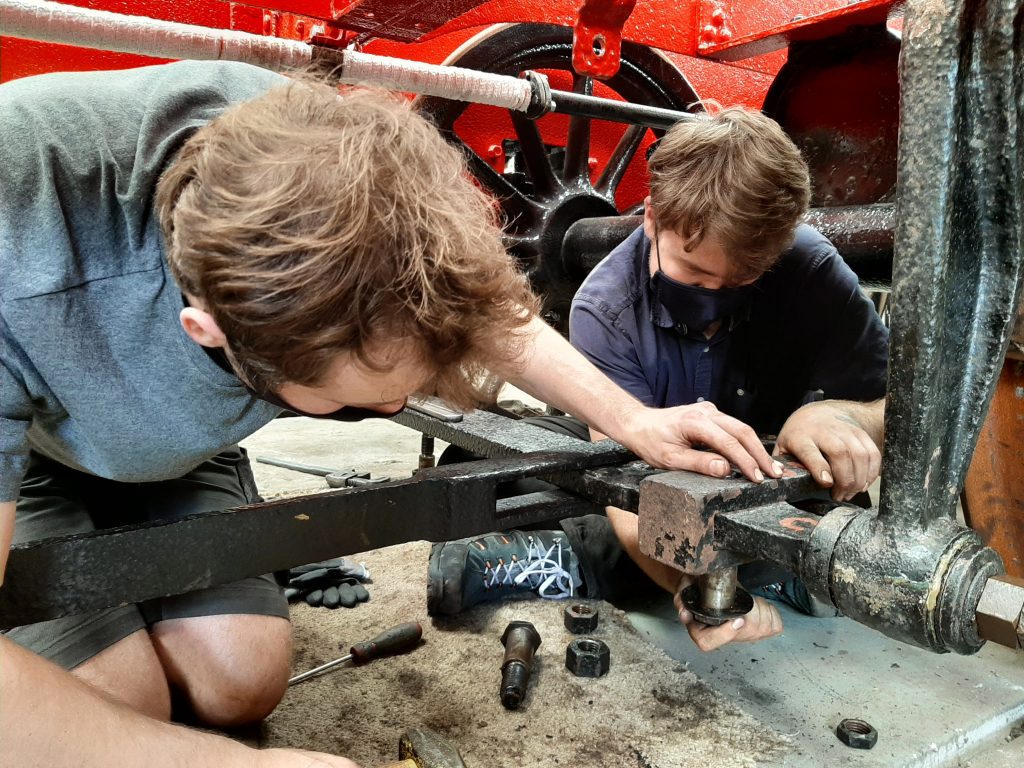 Sam was so enthused by the task that he appeared again on Saturday to fit the linkage with a helping hand from RSR’s new recruit, Jack Davenport.

Elsewhere the Fluff gang has been making good progress and Ade is awaiting a suitable opportunity to split Caliban‘s smokebox from its boiler.