As we head into the more comfortable autumn weather, work in the FRT has been progressing well. 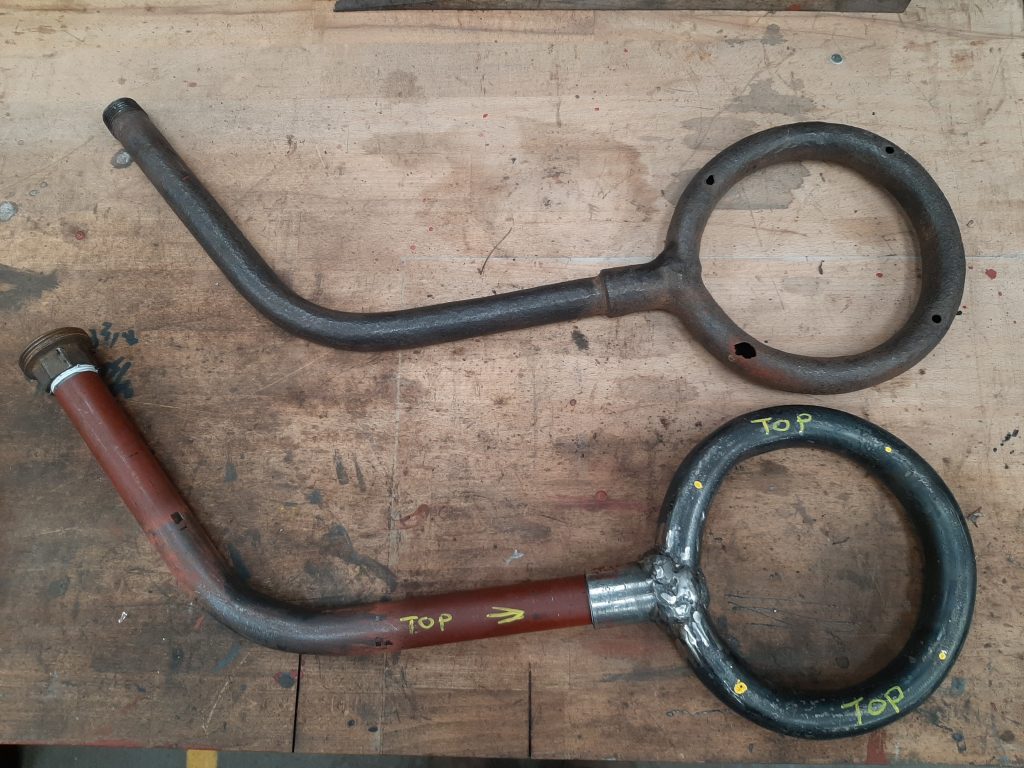 FR 20’s new blower ring has been fabricated by John Dixon and is seen alongside the old ring which had certainly had its day. 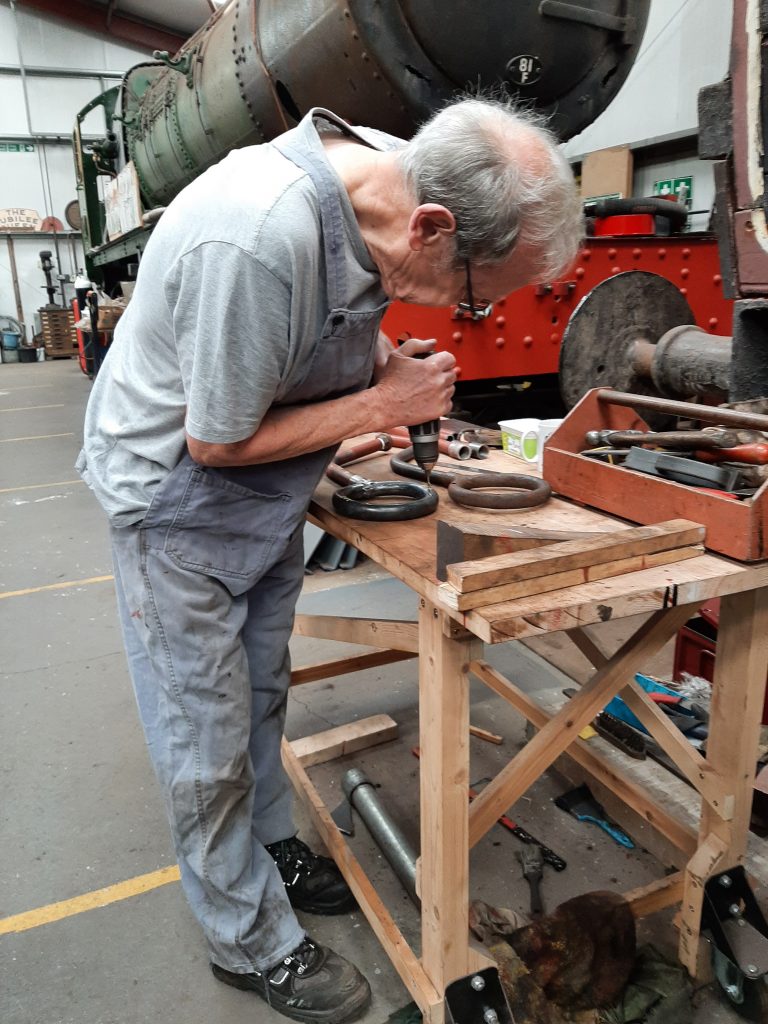 John then set about drilling the new holes which, at 1/8th”, are slightly smaller than the previous holes which had opened out naturally beyond their original size. 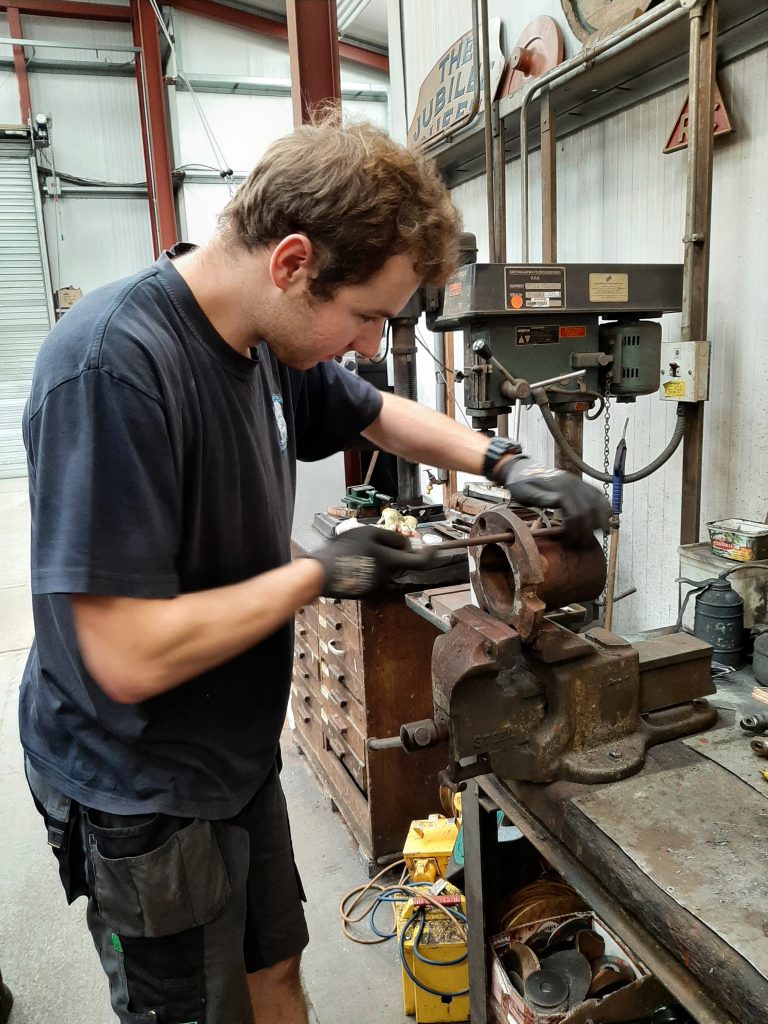 Alan and Sam have been working on modifying the main steam pipe. Sam is seen opening out the holes in one end of the pipe to accommodate the new studs on the steam chest. 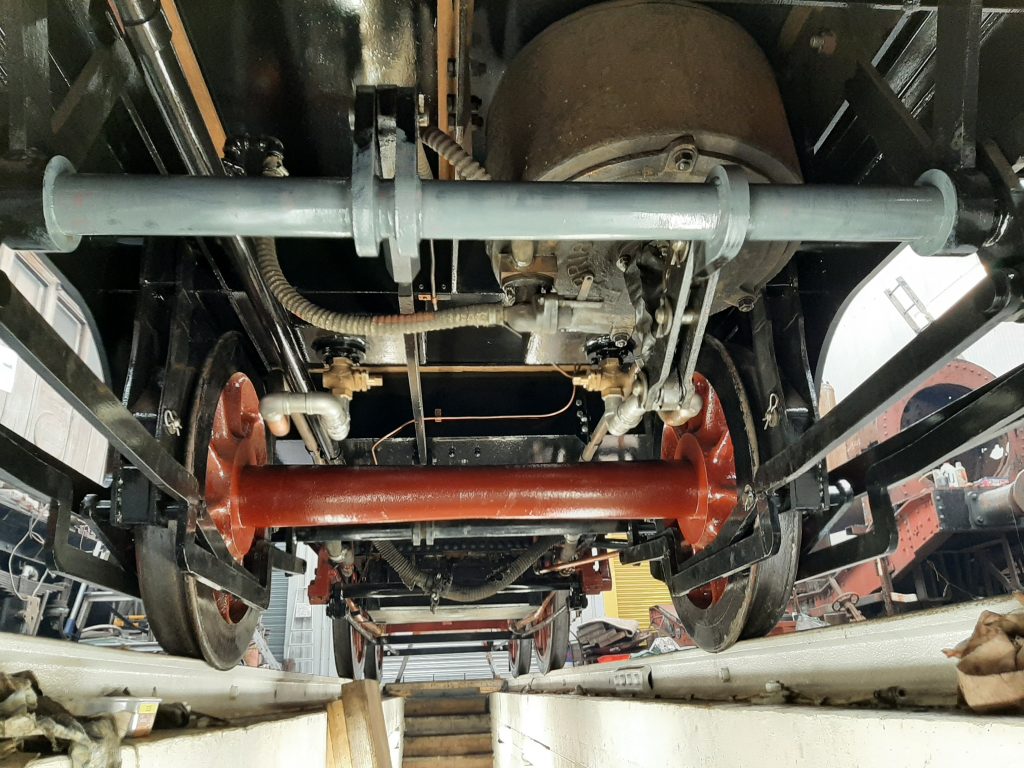 Tim has been putting the finishing touches to the paintwork underneath the tender which, along with some new pipework, looks very smart. 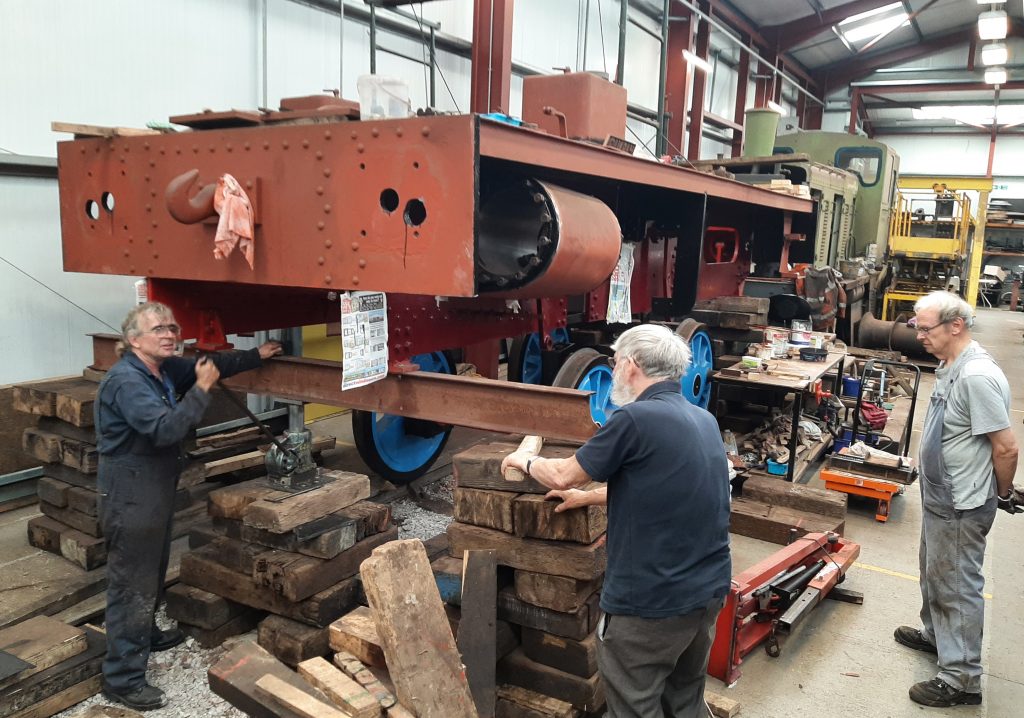 Ade spent Wednesday raising Caliban‘s frames so that the wheels could be rolled underneath (hope the wheels are the right way round, Ade!), and then lowering the frames back down again. 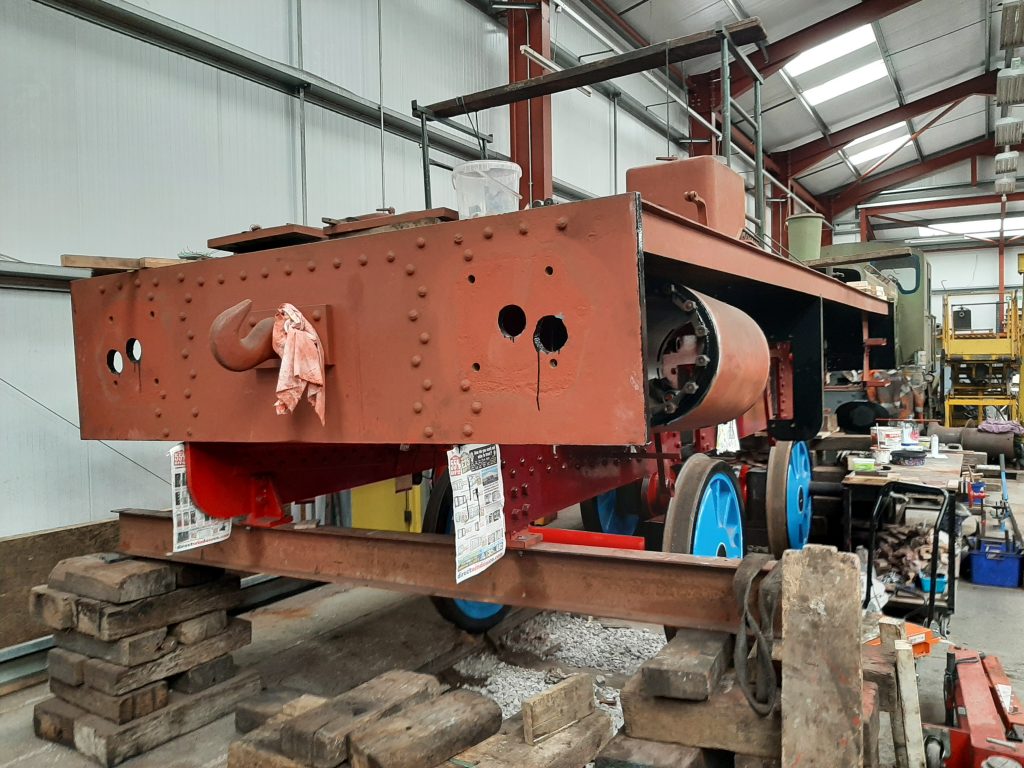 After some adjustment with the help of a traversing jack, the frames finally came down in the right place, between the wheels. 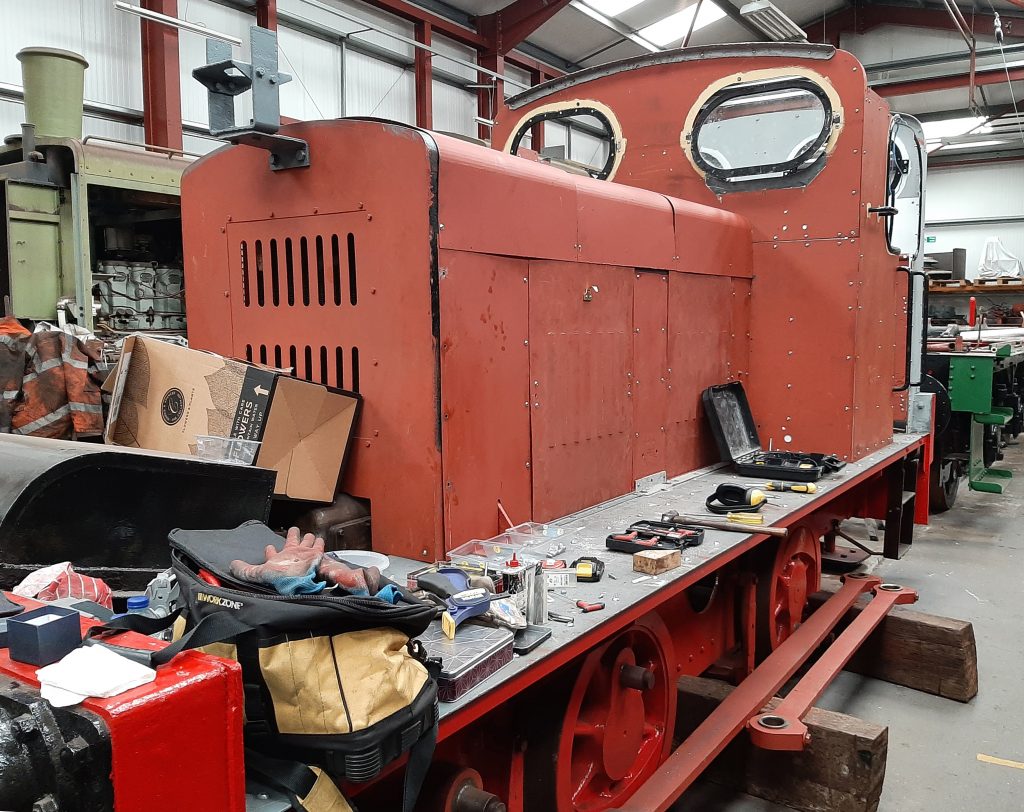 The left hand side of Fluff‘s engine compartment bonnet is now visibly complete. 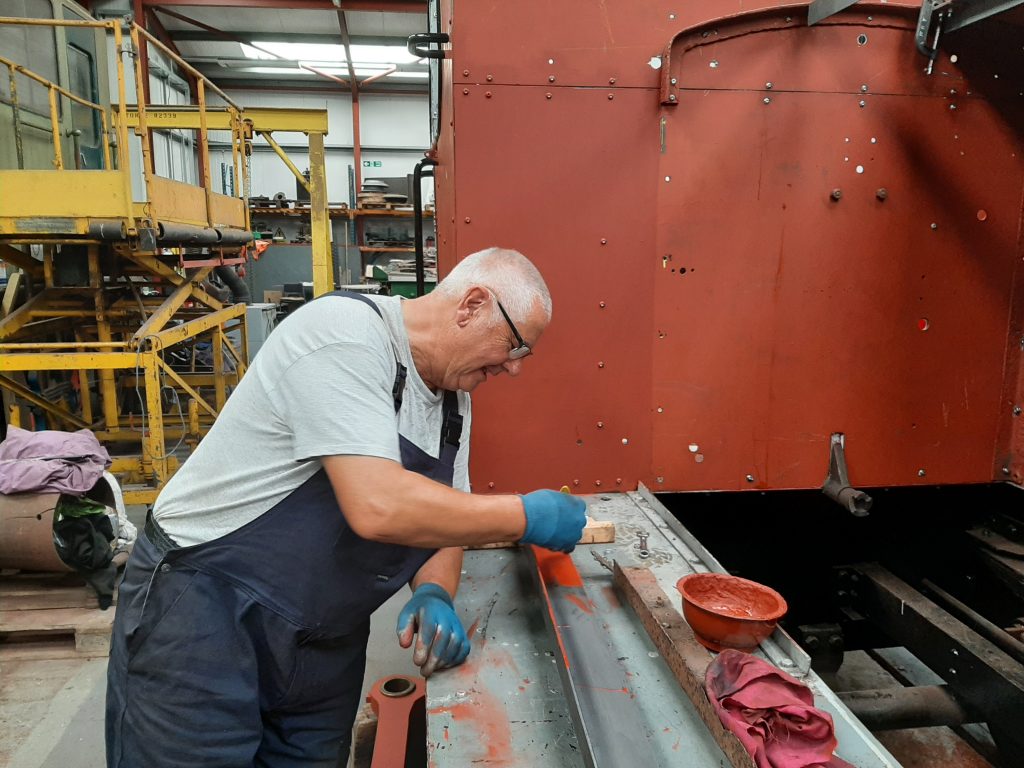 John Davis has set about priming an angle to support the right hand side panels. 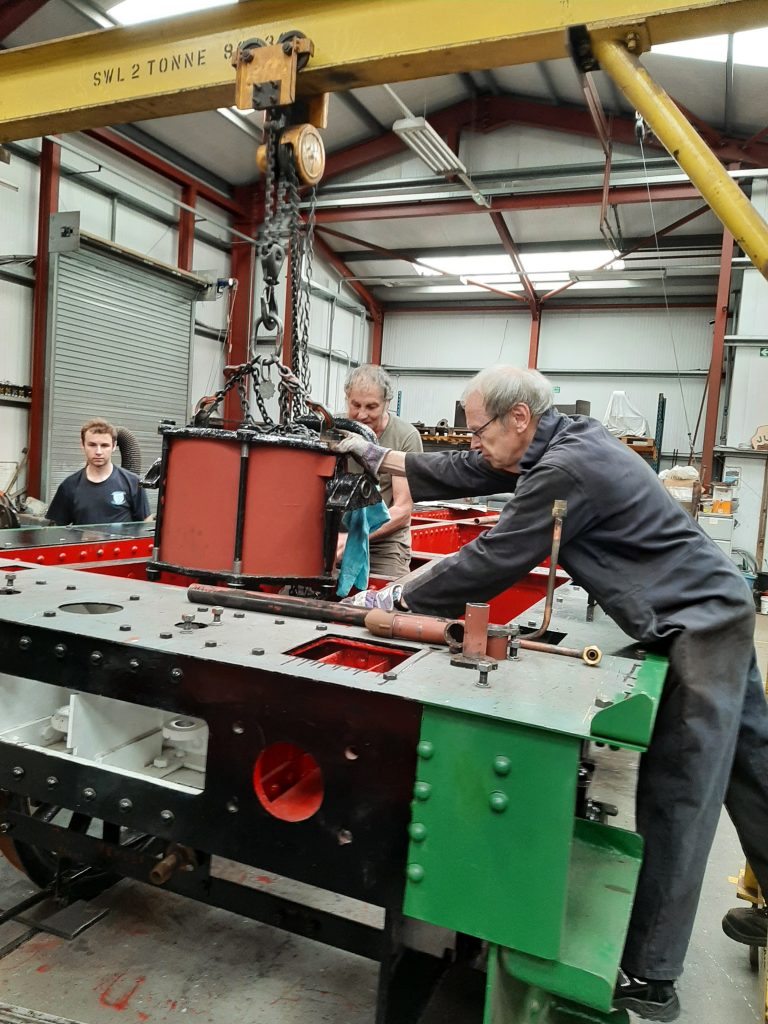 Wootton Hall’s tender vacuum cylinder has been lowered into position. 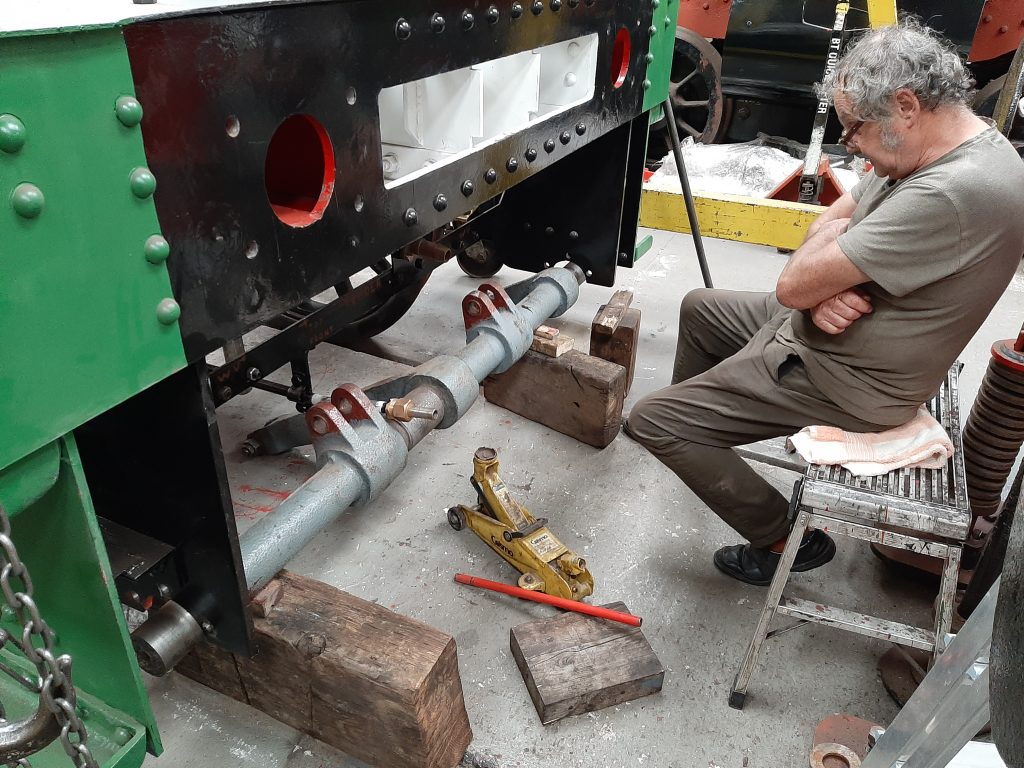 Finally, Keith has now manoeuvred the brake shaft adjacent to the cylinder into position ready for fitting.