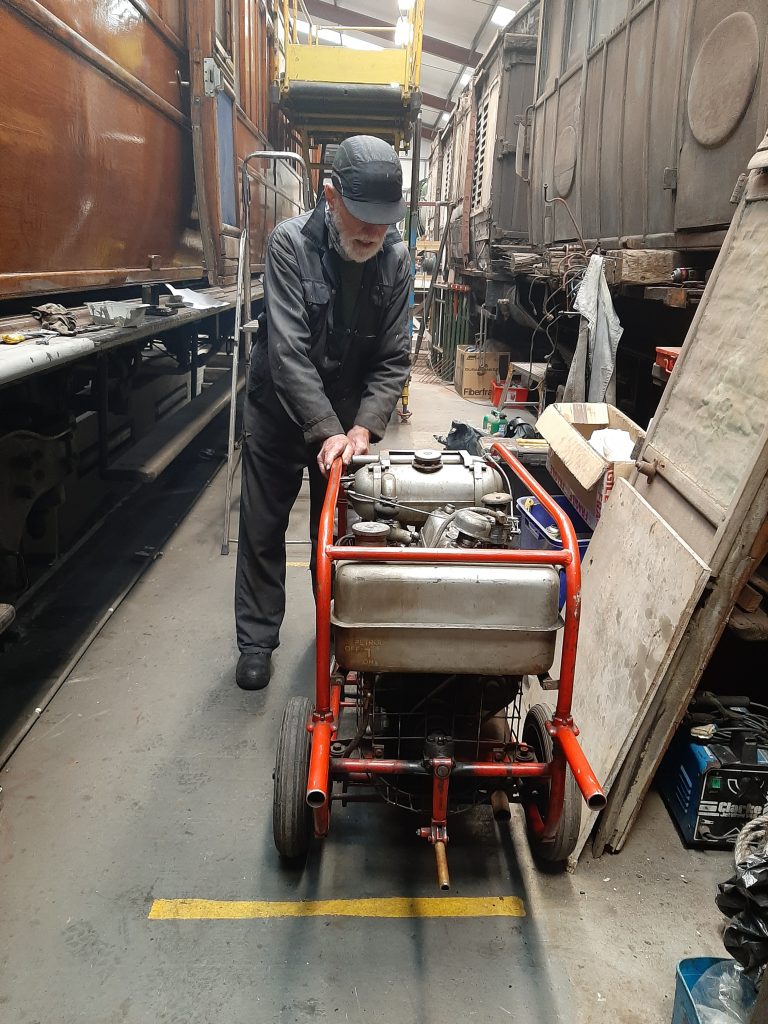 At 14.45 on Friday, the peace of the FRT shed was shattered without warning by the earthy roar of a Coventry Climax engine, announcing to all that the three days of work that Roger had expended on the fire pump had been successful. Well done, Roger! We now need to see how the machine copes with washing out a locomotive boiler! 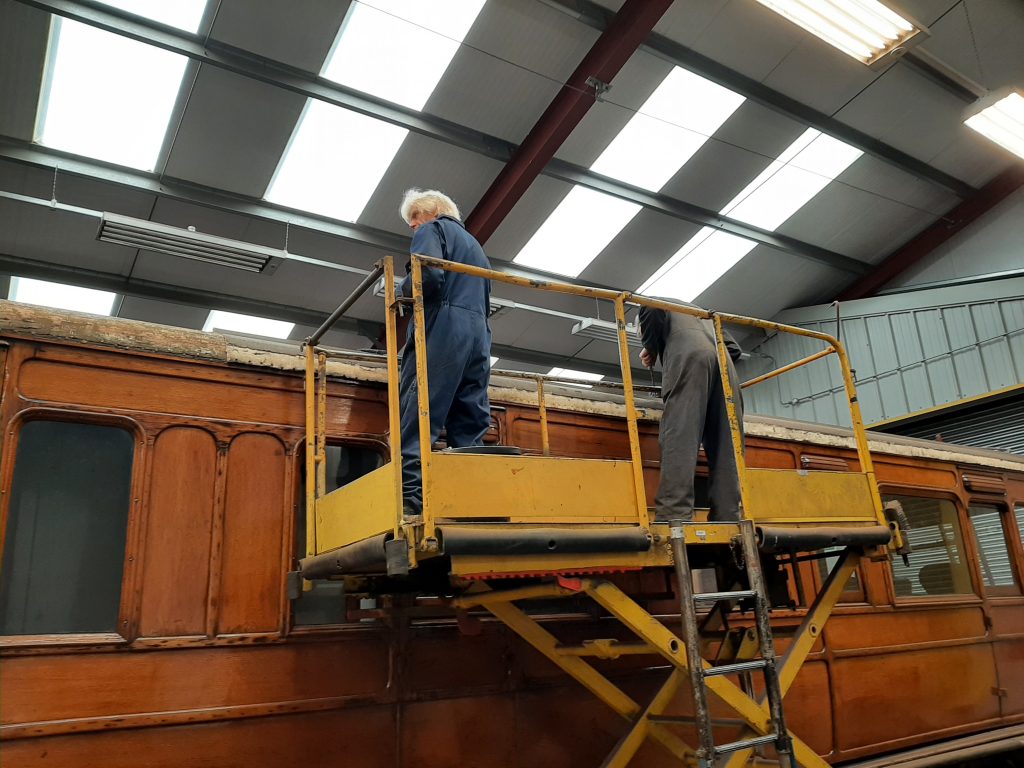 There has been further progress on clearing the roof of GER Royal Saloon No. 5 with Ed and John seen here working in tandem on the magic carpet to remove the remaining rain strips and canvas. 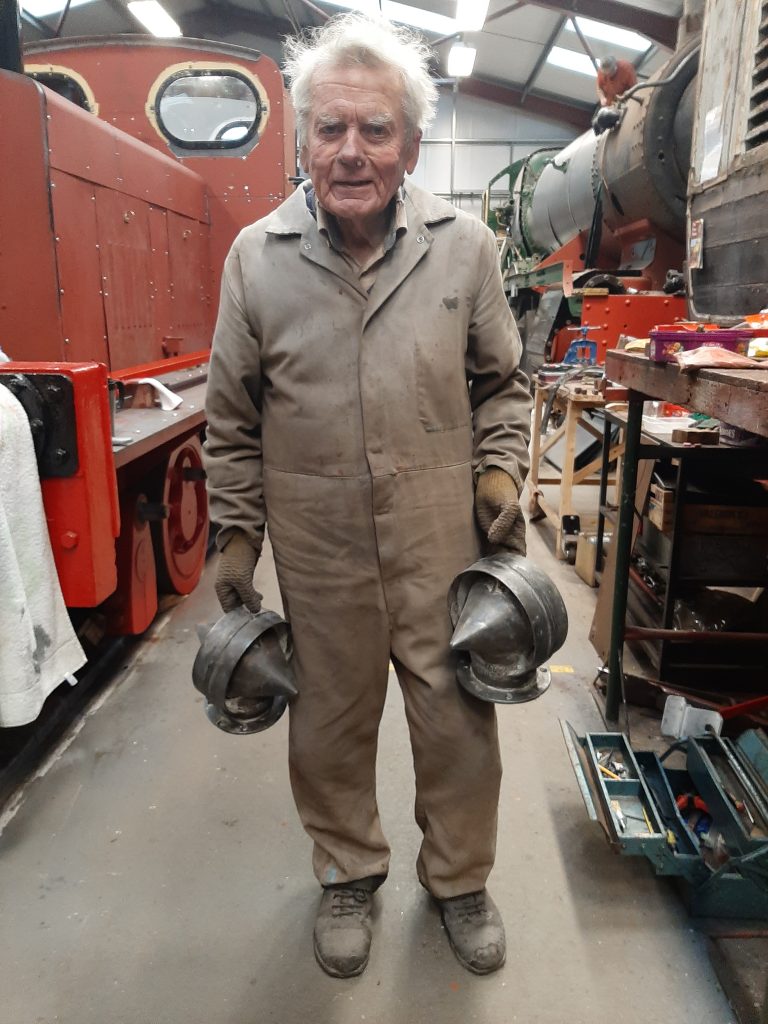 Fred has once again been cleaning up the torpedo vents – usually two in a day. Yet more cup wire brushes to order! 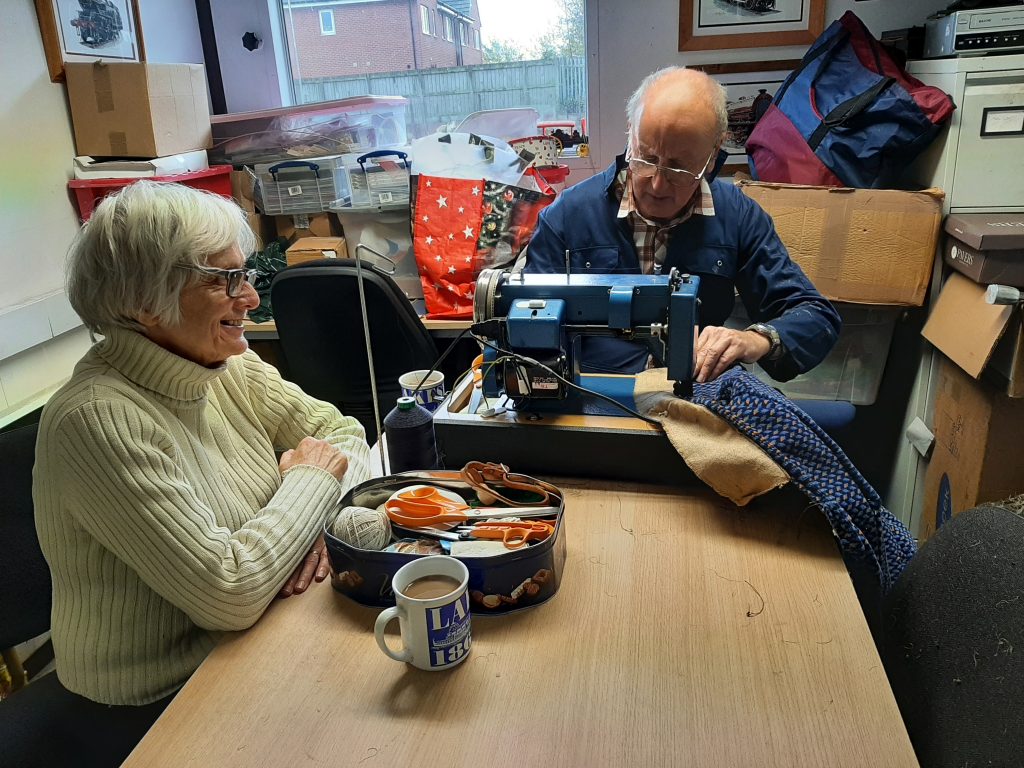 Anne and Phil Burton have been making steady progress on the upholstery in GER No. 5. They have obtained some cheaper moquette with which to practice on re-covering the cushions. 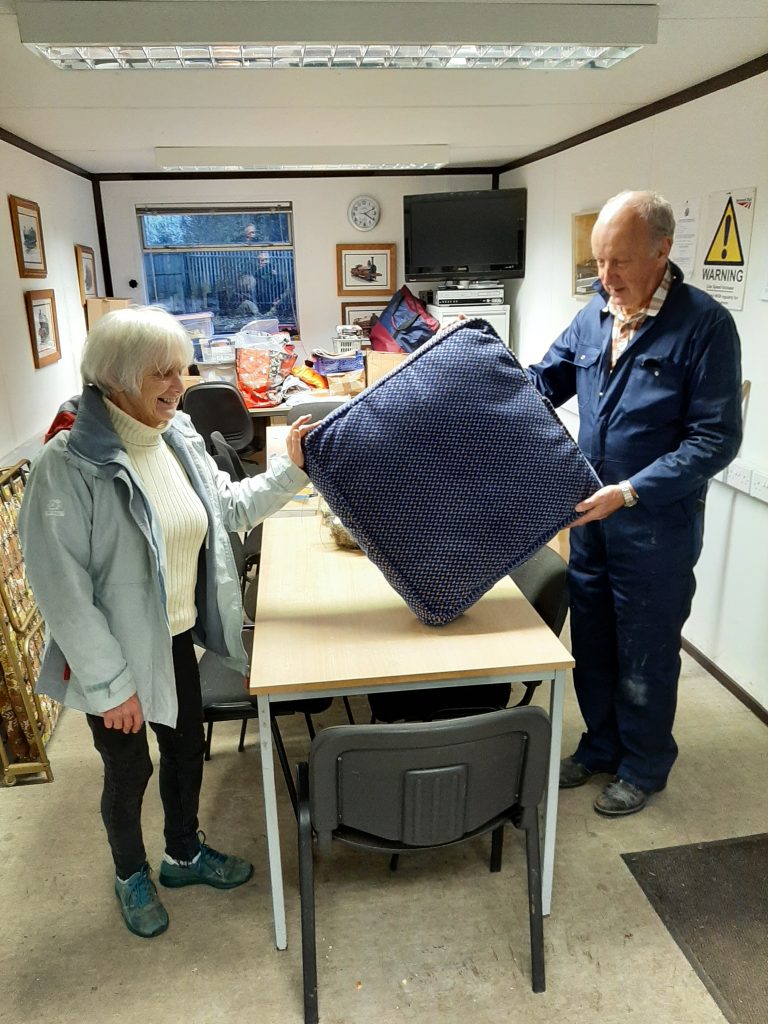 The finished article looks pretty good. They aim to have one more practice cushion before the selected, rather more expensive, moquette is purchased, which we feel will be more appropriate for a royal saloon. 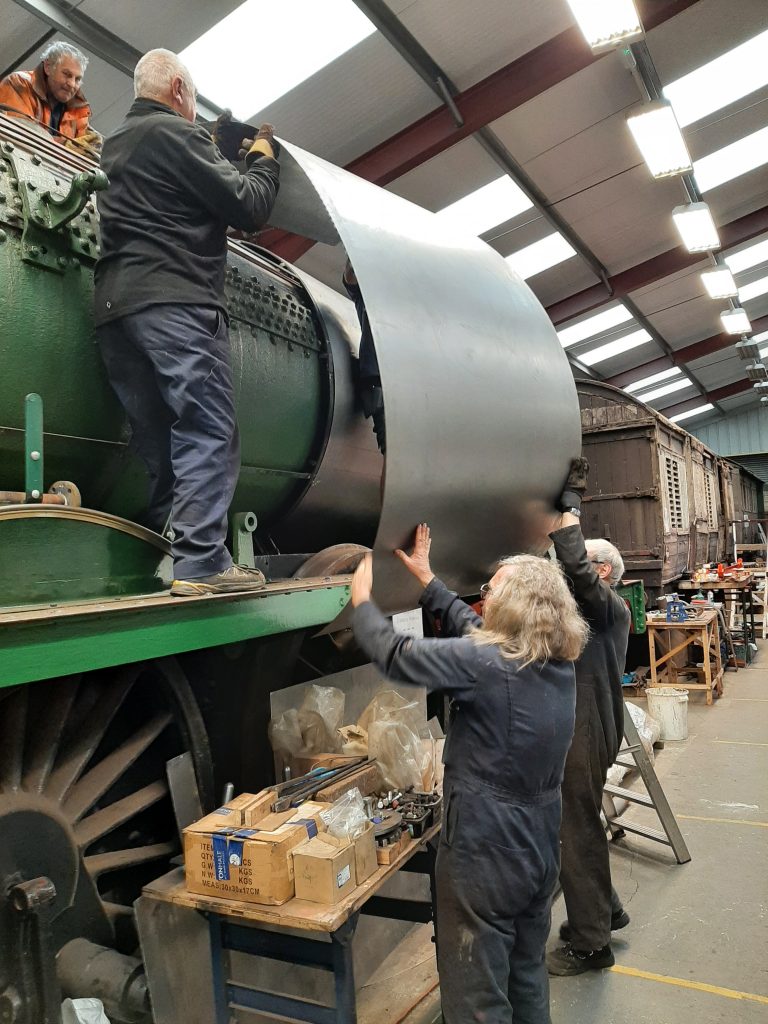 More progress has been made with fitting the cladding on 4979 Wootton Hall’s boiler. It is a team job to get the sheets on top of the boiler as can be seen here. 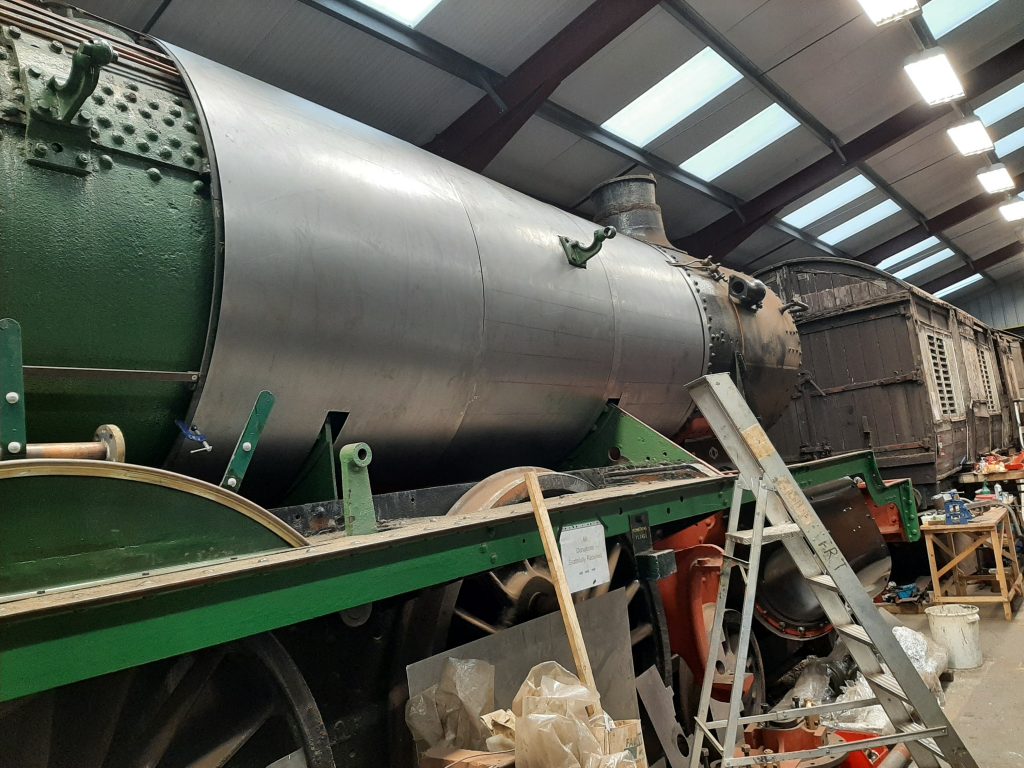 The third sheet on the right hand side has now been fitted. 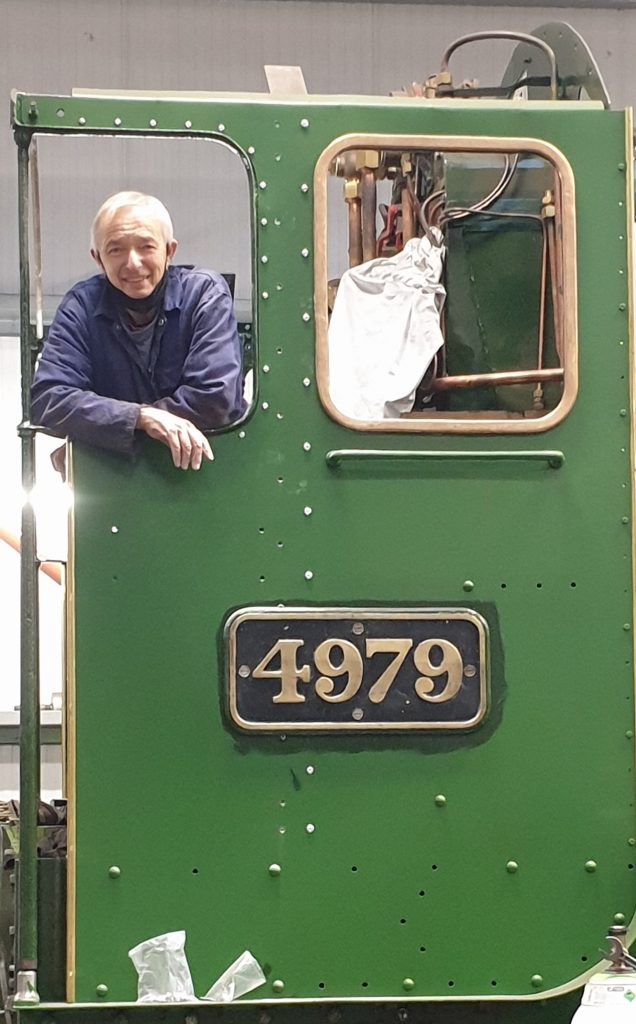 Meanwhile, Tim has been devoting his time recently to tidying up 4979’s fabricated cab side stanchions with filler so that they look more like Swindon manufactured pressings. The cab sides are also starting to receive attention where they have suffered after having been exposed to 50 years of the elements. 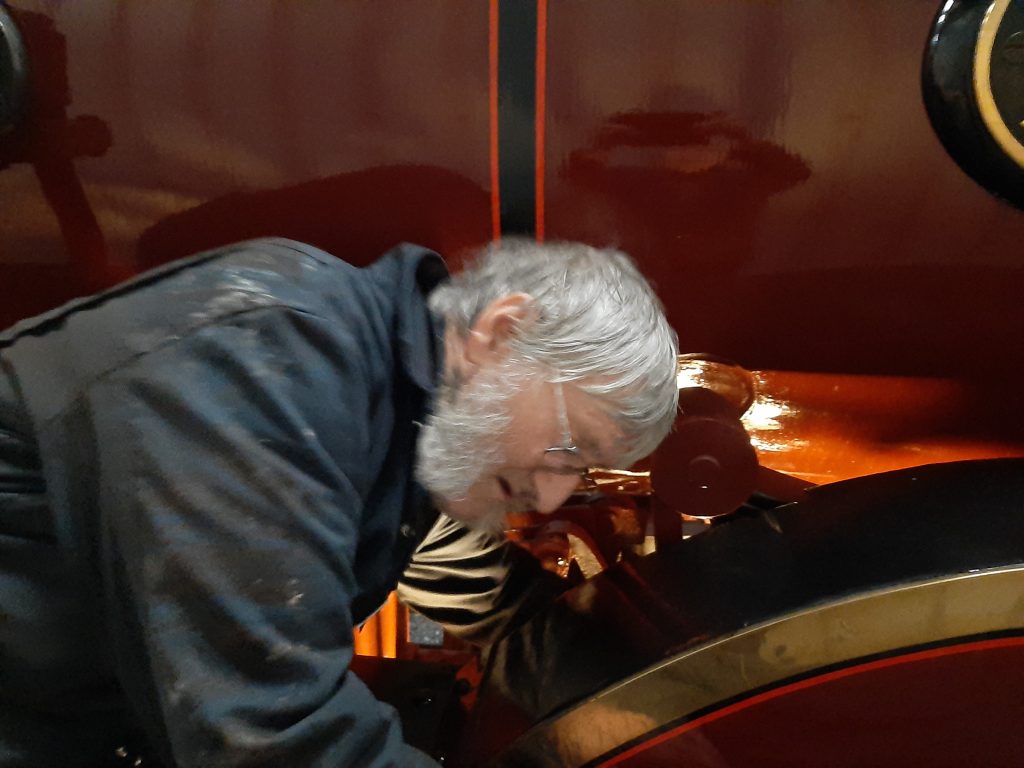 Elsewhere, Ade has, amongst other things, been fitting brake blocks to Caliban’s chassis. Alan and Sam have been adjusting the miscreant piston rod cotter on FR 20. Incidentally, there is now video footage available from a cab mounted camera of FR 20’s first trip in service on the RSR after overhaul: