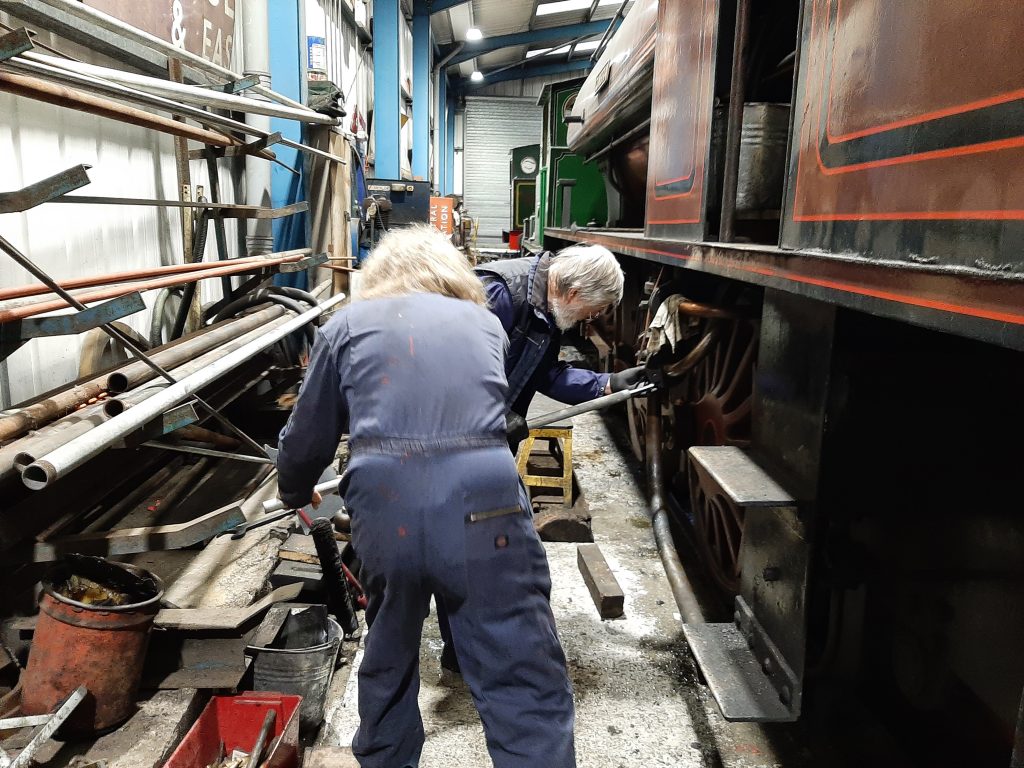 Last Wednesday saw yet another working party convene at Embsay in an effort to improve the performance of Cumbria‘s left hand injector. New parts had been fitted during the previous visit but the bottom cone had proved to be a tight fit and it had been decided not to put too much weight on it whilst being screwed into position. This time, on examination, there was far less resistance and, with the assistance of a length of pipe, Adrian was able to screw it until it reached the end of its thread.

Well, that took all of ten minutes, so it was agreed to give Cumbria a steam test so that the effect of this tweak to the injector could be assessed. Needless to say, there was then a break of some hours whilst steam was raised which allowed time for cups of tea, lunch, more tea, cleaning of the engine and the taking of some photographs. 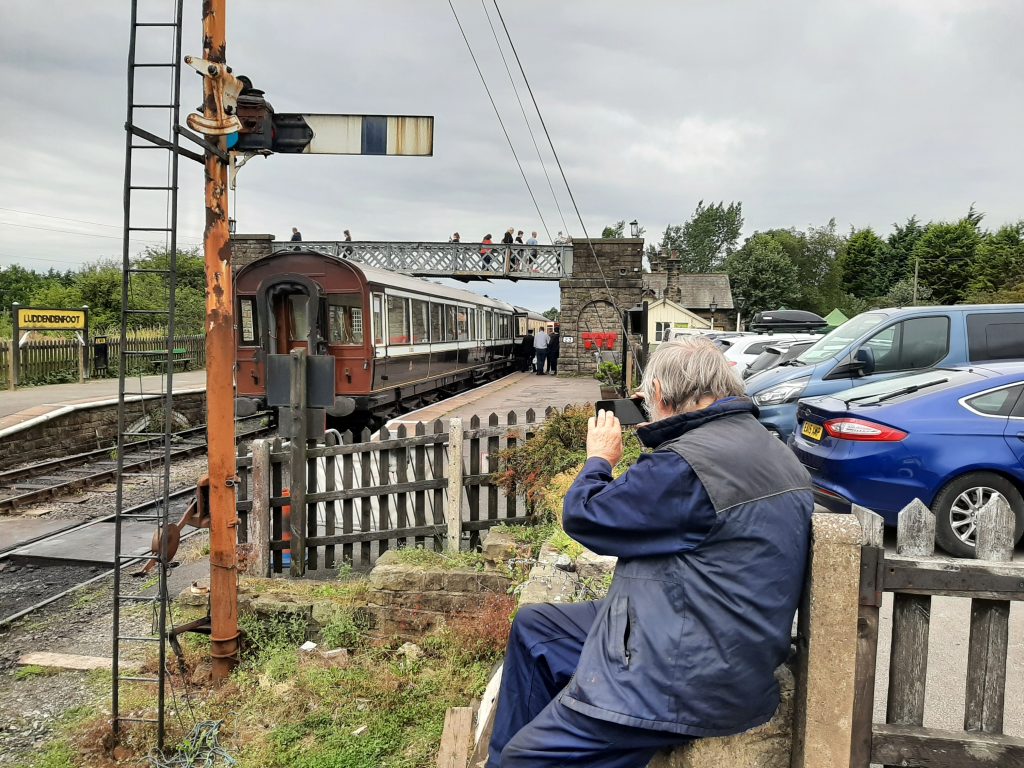 Meanwhile Ade contented himself with one of his artistic cab spectacle photos of Welsh Guardsman departing Embsay with a train to Bolton Abbey.

The outcome of all this was that, when pressure reached 115 psi, Ade lost patience and put the injector on with no problem. This then led to Cumbria being put into service for a short stint before being withdrawn for a scheduled boiler washout. 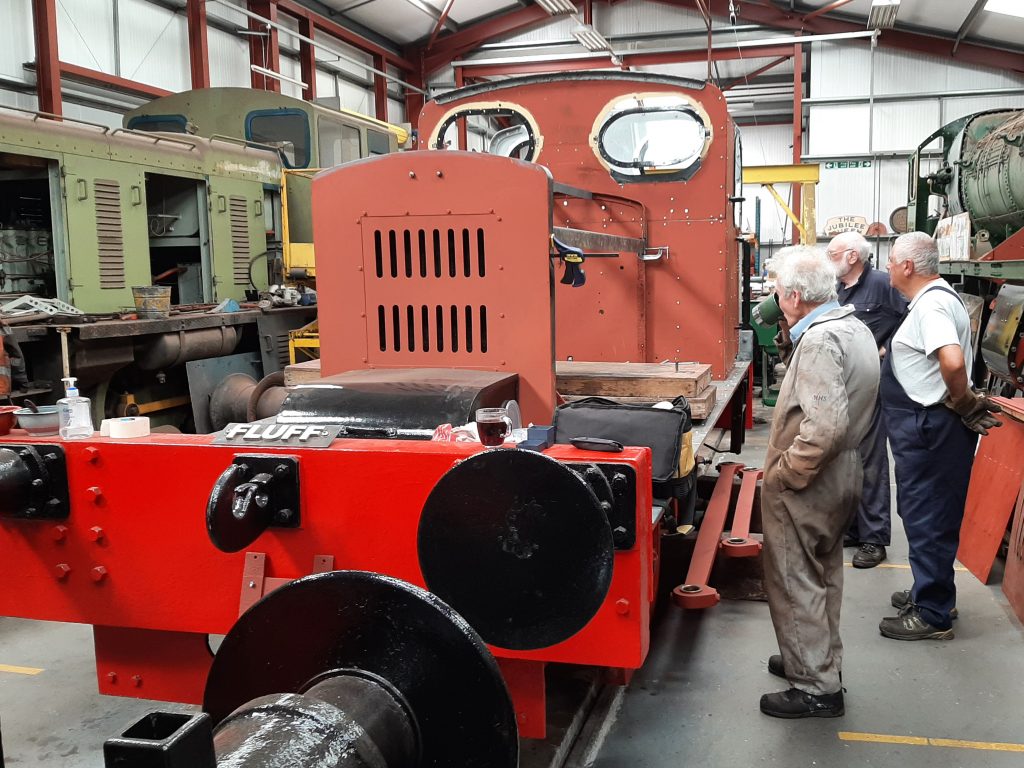 Back at Preston, the Fluff gang has again been busy. We see here a planning meeting on Friday – is this a new concept?! 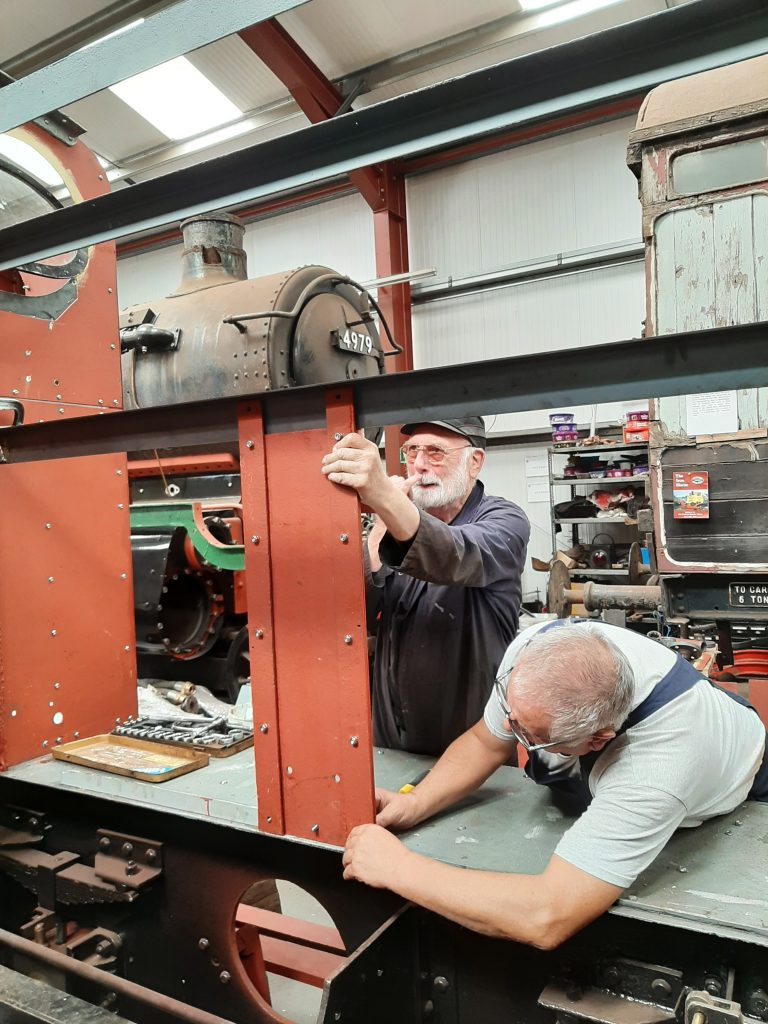 Phil and John Davis then set about test fitting the first side panel to the new angle support piece. 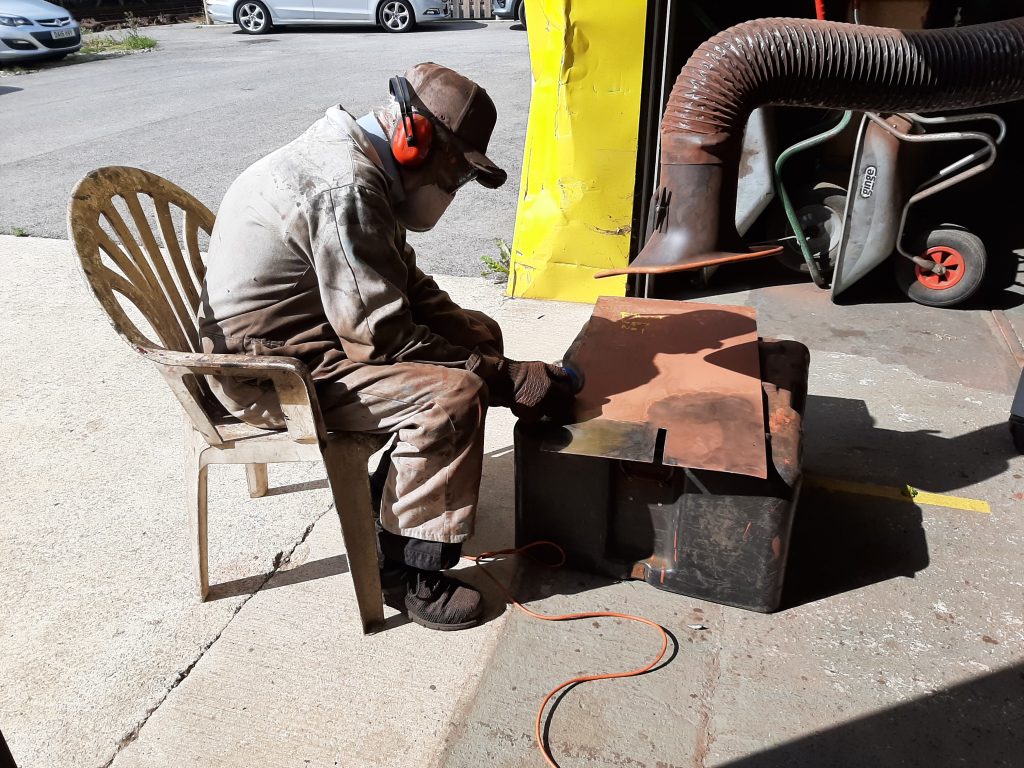 Fred then set about cleaning more of Fluff’s panels for painting. 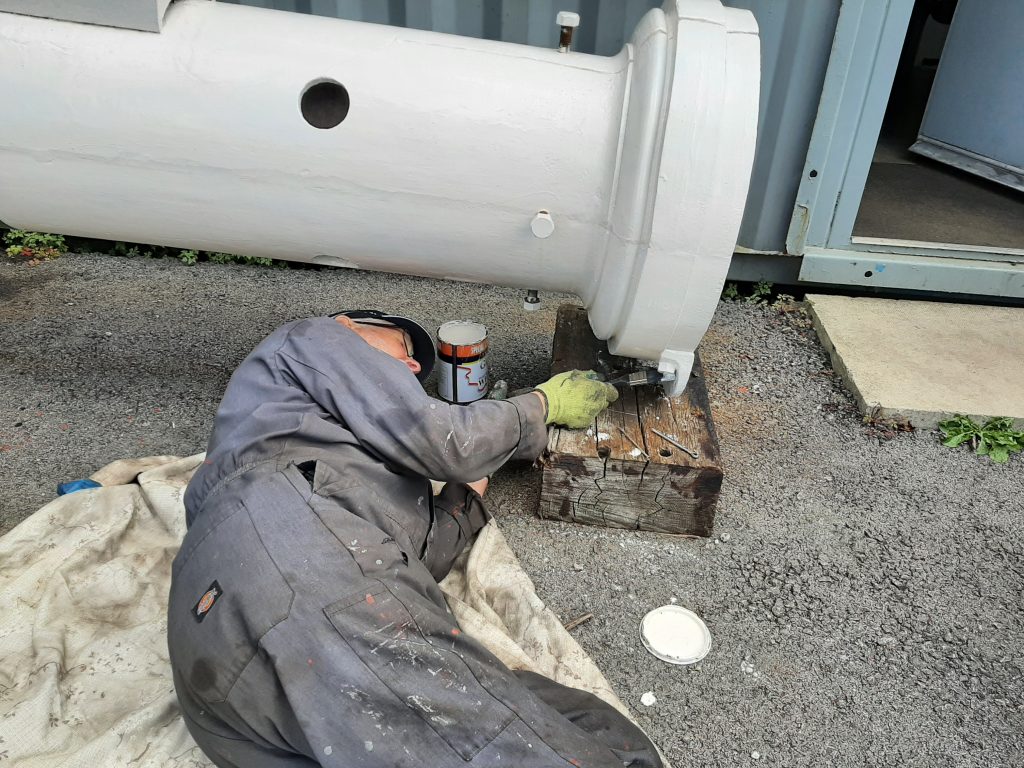 Meanwhile Roger took advantage of some better weather by continuing the paint job on the former Foxfield water column. 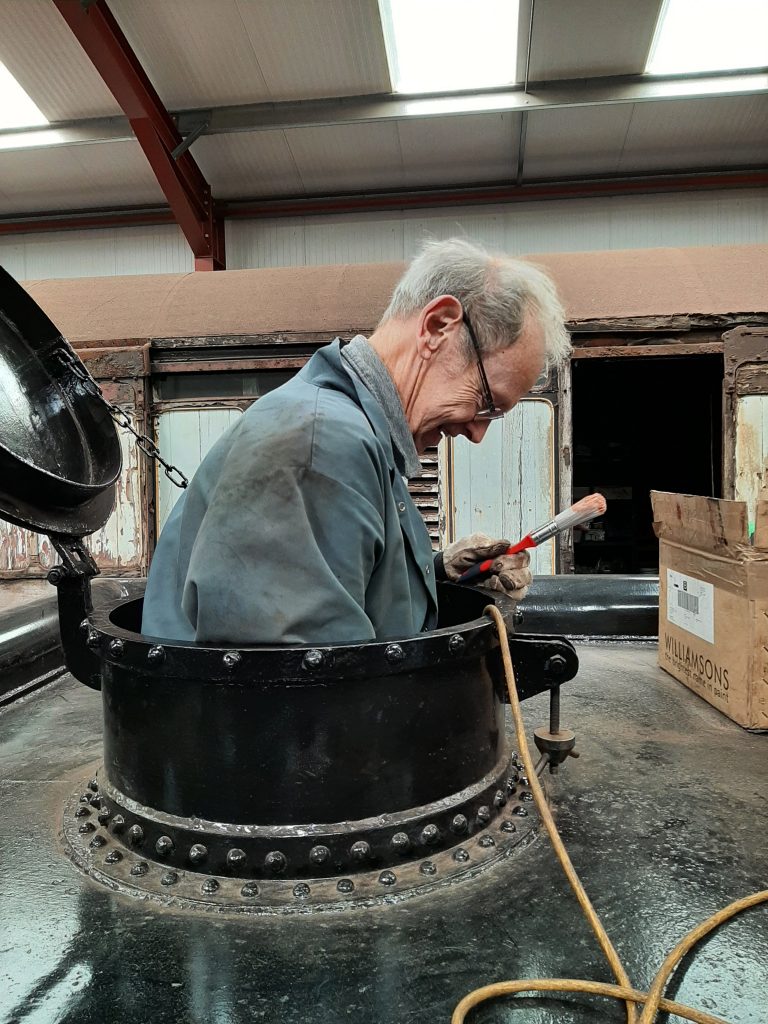 Work also continued on FR 20 where Stewart Waugh had applied some anti-corrosion solution to the tender coal space after which Tim added some grey undercoat. Having finished (and won!) his long running battle with fitting the engine’s vacuum pipe, John Dixon was busy on the inside of the tender tank applying some two pack paint, again to prevent future corrosion.